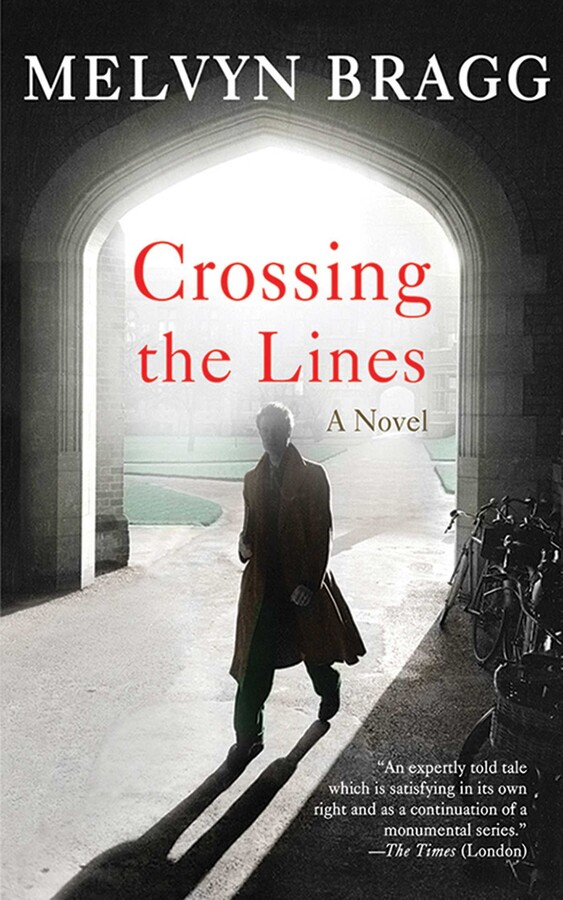 By Melvyn Bragg
PRICE MAY VARY BY RETAILER

Following The Soldier’s Return, heralded as a novel written in fine steel sentences and granite paragraphs” by the Washington Post, and the equally brilliant A Son of War, Melvyn Bragg brings one of the finest sagas of postwar Britain” (London Sunday Telegraph) to a stunning conclusion. Set in the 1950s, this absorbing novel follows the intertwined fates of people crossing boundaries in their lives. Alive with a wide cast of characters, Crossing the Lines vividly portrays the spirit and atmosphere of the mid-century and the profound changes taking place at the time, in morals, religion, music, and social class. Moving and evocative, this masterly novel and the two that have preceded it are rightfully hailed as contemporary classics.

"Bragg's massive trilogy of his hometown in Cumbria, northern England, steers to a close as the torch is passed from WWII hero Sam Richardson to his son Joe. . . . Bragg has returned to the subject of Wigton many times over his long career as a novelist and BBC commentator, and his deep affection and knowledge of the place give strength to this coming-of-age story. As in The Soldier's Return and A Son of War, Bragg's prose is straightforward and unadorned, allowing only the occasional literary flourish, with a tendency toward understatement that is as precise as it is convincing. Devoted Anglophiles in particular will find much to appreciate in this unhurried examination of postwar English life." —Publishers Weekly

“Combining evocative and convincing period details with effortless and engrossing story-telling, it is a considerable achievement—and a wonderfully readable book.” —Daily Telegraph

“One of the finest sagas of postwar Britain.” —London Sunday Telegraph

By Melvyn Bragg
PRICE MAY VARY BY RETAILER