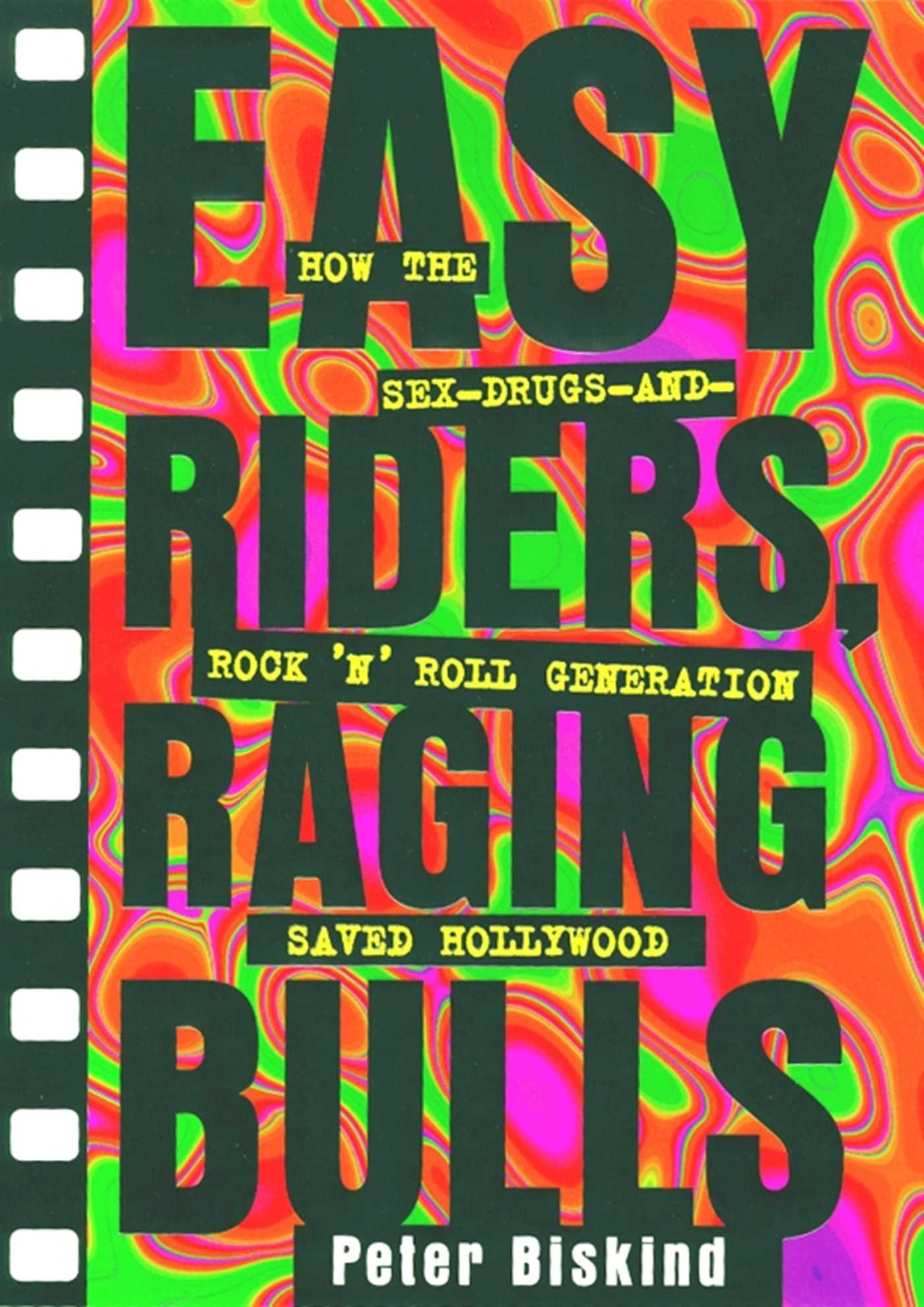 How the Sex-Drugs-And Rock 'N Roll Generation Save

In 1969, a low-budget biker movie, Easy Rider, shocked Hollywood with its stunning success. An unabashed celebration of sex, drugs, and rock 'n' roll (onscreen and off), Easy Rider heralded a heady decade in which a rebellious wave of talented young filmmakers invigorated the movie industry. In Easy Riders, Raging Bulls, Peter Biskind takes us on the wild ride that was Hollywood in the '70s, an era that produced such modern classics as The Godfather, Chinatown, Shampoo, Nashville, Taxi Driver, and Jaws.

Easy Riders, Raging Bulls vividly chronicles the exuberance and excess of the times: the startling success of Easy Rider and the equally alarming circumstances under which it was made, with drugs, booze, and violent rivalry between costars Dennis Hopper and Peter Fonda dominating the set; how a small production company named BBS became the guiding spirit of the youth rebellion in Hollywood and how, along the way, some of its executives helped smuggle Huey Newton out of the country; how director Hal Ashby was busted for drugs and thrown in jail in Toronto; why Martin Scorsese attended the Academy Awards with an FBI escort when Taxi Driver was nominated; how George Lucas, gripped by anxiety, compulsively cut off his own hair while writing Star Wars, how a modest house on Nicholas Beach occupied by actresses Margot Kidder and Jennifer Salt became the unofficial headquarters for the New Hollywood; how Billy Friedkin tried to humiliate Paramount boss Barry Diller; and how screenwriter/director Paul Schrader played Russian roulette in his hot tub. It was a time when an "anything goes" experimentation prevailed both on the screen and off.

After the success of Easy Rider, young film-school graduates suddenly found themselves in demand, and directors such as Francis Coppola, Peter Bogdanovich, George Lucas, and Martin Scorsese became powerful figures. Even the new generation of film stars -- Nicholson, De Niro, Hoffman, Pacino, and Dunaway -- seemed a breed apart from the traditional Hollywood actors. Ironically, the renaissance would come to an end with Jaws and Star Wars, hugely successful films that would create a blockbuster mentality and crush innovation.

Based on hundreds of interviews with the directors themselves, producers, stars, agents, writers, studio executives, spouses, and ex-spouses, this is the full, candid story of Hollywood's last golden age. Never before have so many celebrities talked so frankly about one another and about the drugs, sex, and money that made so many of them crash and burn.

By turns hilarious and shocking, Easy Riders, Raging Bulls is the ultimate behind-the-scenes account of Hollywood at work and play.

Peter Biskind is the author of five previous books, including Easy Riders, Raging Bulls: How the Sex-Drugs-and-Rock 'n' Roll Generation Saved Hollywood. He is a contributor to Vanity Fair and was formerly the executive editor of Premiere magazine. He lives with his family in Columbia County, New York.

Mark Harris Entertainment Weekly Peter Biskind's great, scathing, news-packed history...is one hell of an elixir -- salty with flavorsome gossip, sour with the aftertaste of misspent careers, intoxicating with one revelation after another,...an "A."

Dennis Drabelle The Washington Post Book World Biskind's devourable book is that rarity, a Hollywood exposé that you can read mouth agape, slurping up scandal and titillation so fast you're in danger of choking -- without feeling ashamed of yourself.

Brian Gunn San Francisco Chronicle Biskind is a magician at prying revealing yarns and juicy quotes out of his subjects. And the resulting scenarios are deliciously tawdry...moments of real intelligence and grace.

How the Sex-Drugs-And Rock 'N Roll Generation Save