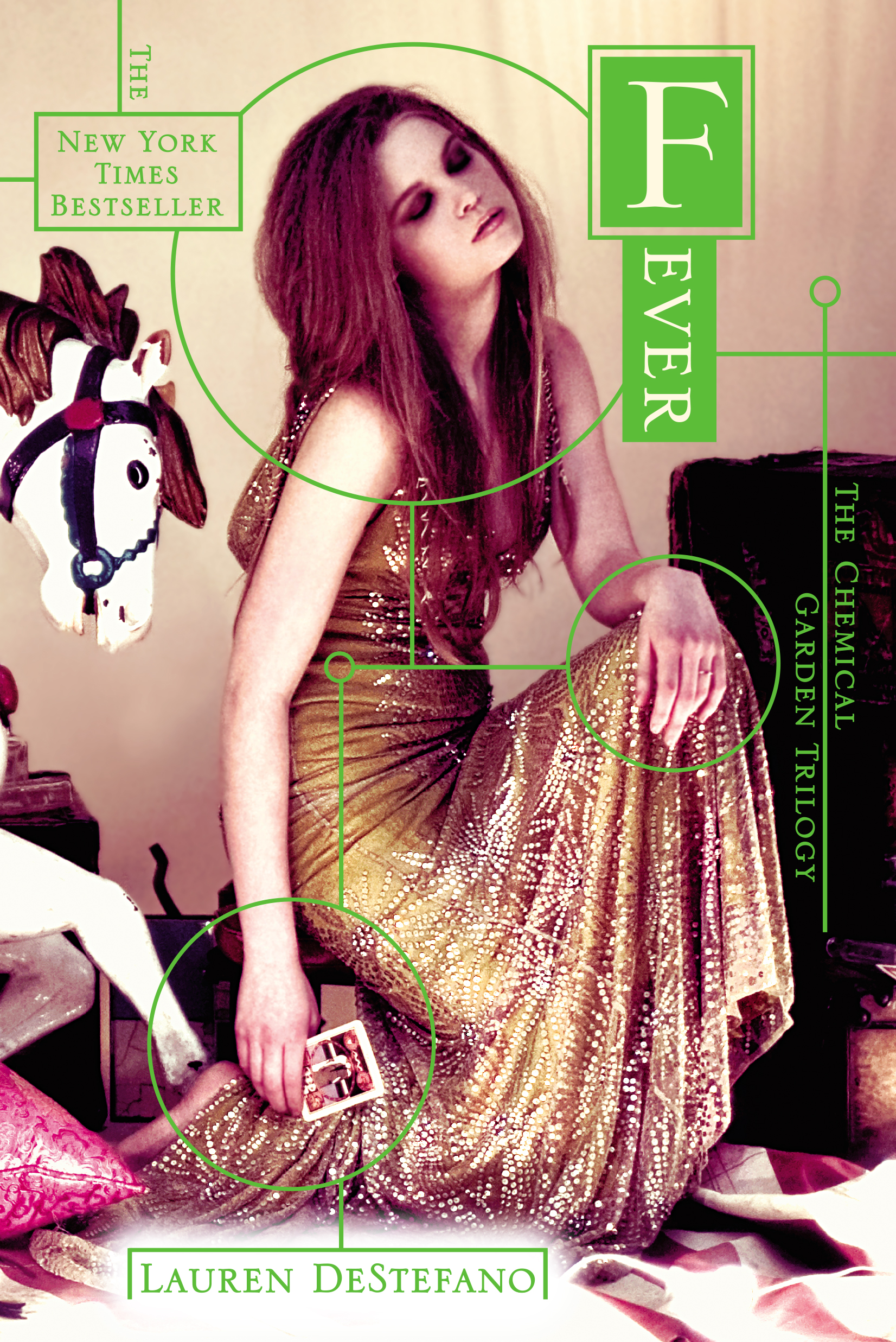 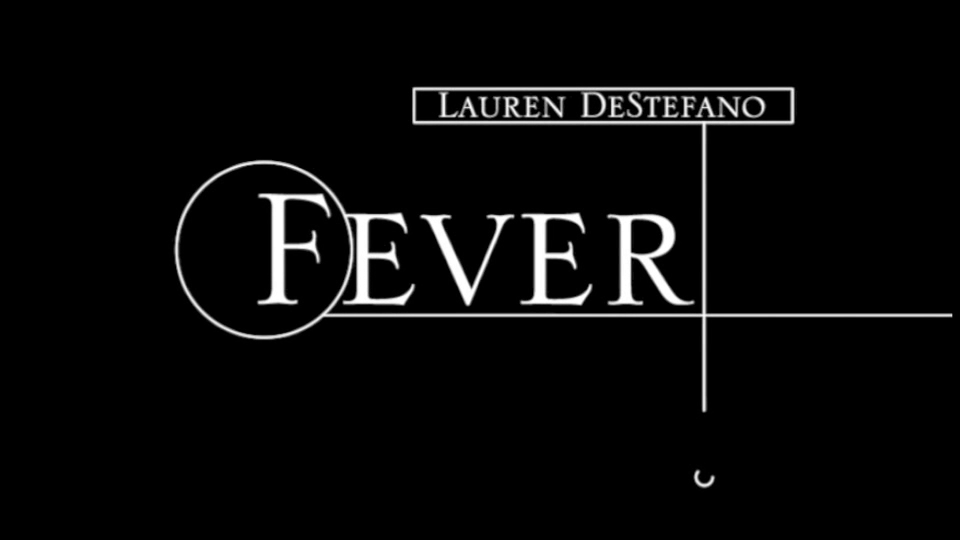 The New York Times bestselling sequel to Wither reveals a world as captivating—and as treacherous—as the one Rhine left behind.

Rhine and Gabriel have escaped the mansion, but they’re still in danger. Outside, they find a world even more disquieting than the one they ran away from. Determined to get to Manhattan and find Rhine’s twin brother, Rowan, the two press forward, amid threats of being captured again…or worse.

The road they are on is long and perilous—and in a world where young women only live to age twenty and men die at age twenty-five, time is precious. In this sequel to Lauren DeStefano’s harrowing Wither, Rhine must decide if freedom is worth the price—now that she has more to lose than ever.

1.  Is freedom a right or privilege?

2.  Is freedom worth fighting for?

3.  To what extent will individuals go to be free? Discuss examples.

1.  Having stolen a boat, Rhine and Gabriel are on the run. From whom are they running and why? Where are they planning to go?

2.  Describe Madame Soleski and the carnival world she rules. Why does she hold Rhine and Gabriel hostage?

4.  Who is Maddie and how does she become separated from her mother? Why is she a vital character in the story?

5.  Maddie is a young child, yet she has learned to be resourceful to survive. Cite evidence from the text to support this statement.

6.  Why does Lilac want to leave with Maddie? Does she make a good decision in attempting to leave? Explain.

7.  How do Rhine and Gabriel manage to escape from Madame Soleski? Might they have been able to escape on their own? Did they make a wise decision to run? Support your answer with evidence from the text.

8.  In desperation Rhine and Gabriel seek shelter at the home of Annabelle, a fortune teller. In what way does Annabelle help Rhine, Gabriel, and Maddie. Why do they not stay longer?

9.  How do Rhine, Gabriel, and Maddie travel to Manhattan?

10.  Greg and Elsa, a couple who own a restaurant, give Rhine, Gabriel, and Maddie a room for the night. How does the couple seem odd?

11.  Why does Gabriel take money from the restaurant’s cash register? Was he wrong for doing so? Explain.

12.  When Rhine and Gabriel reach Rhine’s former home in Manhattan, what has happened to her home? Where is her brother, Rowan?

13.  Why do Rhine, Gabriel, and Maddie go to Grace’s Orphanage? What do they learn there and how are they received by Grace?

14.  Describe Grace Lottner. Why does she take in children at the orphanage?

15.  Why does Rhine feel guilty about taking Gabriel along on her escape from the mansion? Why does Gabriel go with her, and does he have any regrets? If he could take back his decision, would he have stayed in the mansion?

16.  Why does Silas seem to disapprove of Rhine and Gabriel staying at the orphanage? What guilt does he harbor and why?

17.  Rhine becomes seriously ill with a fever. Why is she ill? What will save her?

18.  When Vaughn comes for Rhine in Manhattan, why does she return to the mansion with him without a fight? What surprises await her there?

19.  How does Linden react to the news of his father’s experiments and how he has been treating Rhine?

20.  What happens to Rhine after she returns to her father-in-law’s mansion? Who comes to her aid and why?

21.  The author has Rhine remember eating June Beans and how the thought of them is a pleasant memory. Why is this reference necessary in the early part of the story?

22.  What symbolism can you associate with the title, Fever?

2.  The reader captures snippets of information about Rhine’s sister wives in the story. Describe her relationship with each and support your response with evidence from the text.

3.  Readers come to believe that Rhine’s brother may be dead or that Rhine may not be able to locate him. Yet the story ends with her seeing an image of him on a news channel. How does this last scene contribute to the story?

4.  Rhine’s father-in-law, Vaughn, manages to track her to Madame Soleski and later to Manhattan; however, the story contains scant information about how Vaughn plots to recapture her. What plausible explanation does the author give for his ability to trail her? Without this simplistic, yet credible explanation, how would the author have needed to write some parts of the story differently?

5.  What happens to Gabriel in the story? In what way might he play a part in a future sequel?

6.  How does Rhine feel about Linden, her husband? Is he a good person? Why or why not? Support your answer with information from the text.

7.  Metaphor is a technique used by authors to create more vivid descriptions. Rhine describes herself as “a corpse on a rolling cart”. How is this description fitting? Identify two other examples of metaphors that paint a vibrant picture and explain why you chose them.

8.  Mood is the feeling a story creates. How does the author use setting to create mood? What mood does the story evoke? Cite phrases from the story to support your response.

9.  Readers learn from Rhine that she had a close relationship with her twin brother, Rowan. Though she speaks of him in the story, he does not enter any scenes. Discuss the types of scenes that could be used to tell Rowan’s story after he and Rhine are separated.

10.  Define dystopia. In what way is this story a dystopia? What can we infer about the idea of a “perfect” world from reading this story? Support your response with information from the text.

11.  The setting of the story is futuristic. DeStefano develops this setting, in part, by letting the reader know that items such as iPods are “antique.” Find other evidence that places the story in the future.

12.  The story is based on the idea that genetic engineering has perfected the human race; however, in doing so, it has also produced a deadly virus that kills young girls at the age of twenty and young men when they reach twenty-five. Discuss the pros and cons of genetic engineering. Support your answer with evidence from this text as well as evidence from an informational source of your choice. 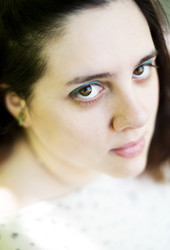 Lauren DeStefano is the author of The Internment Chronicles and the New York Times bestselling Chemical Garden trilogy, which includes Wither, Fever, and Sever. She earned her BA in English with a concentration in creative writing from Albertus Magnus College in Connecticut. Visit her at LaurenDeStefano.com.

More books in this series: The Chemical Garden Trilogy