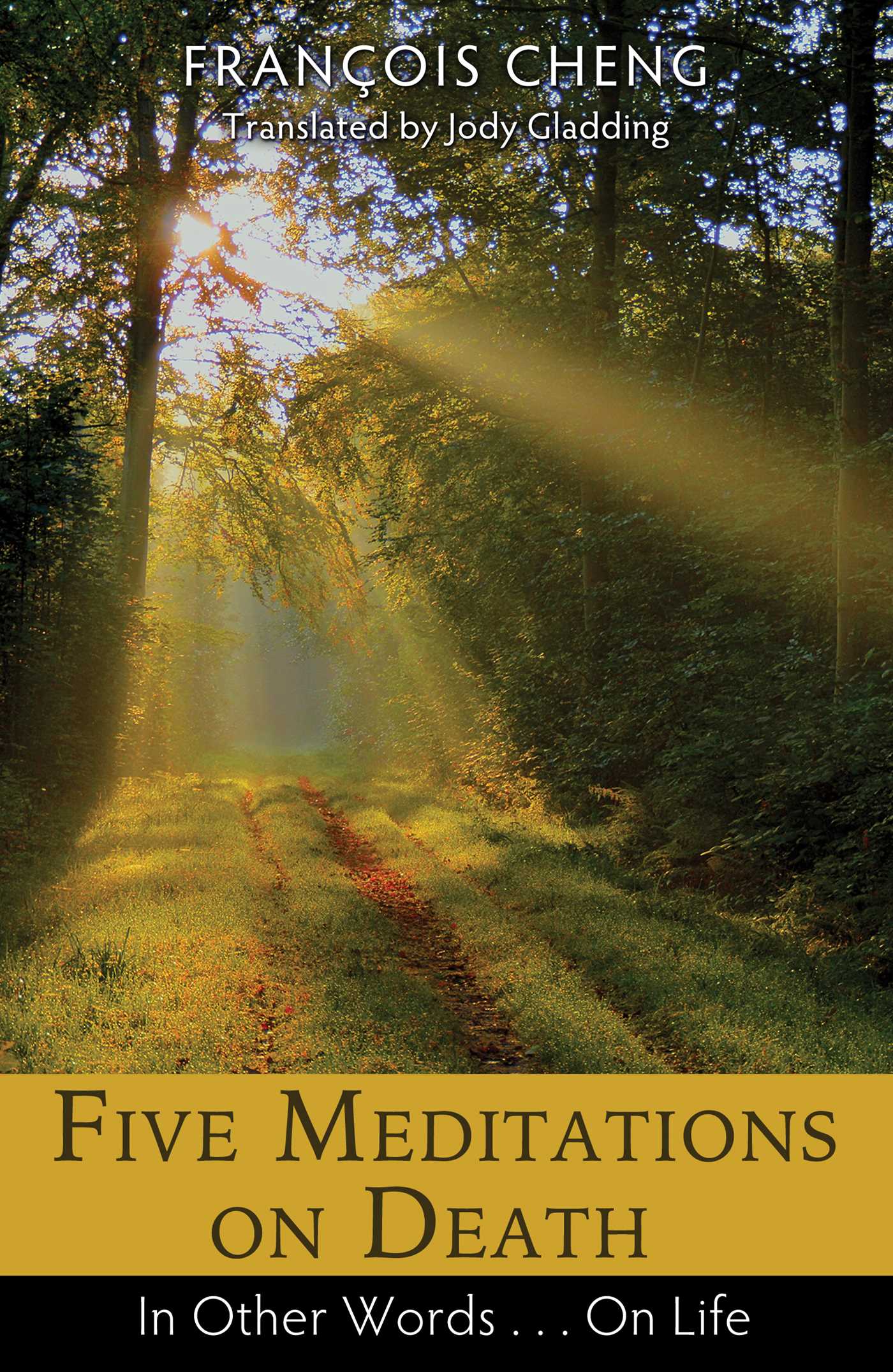 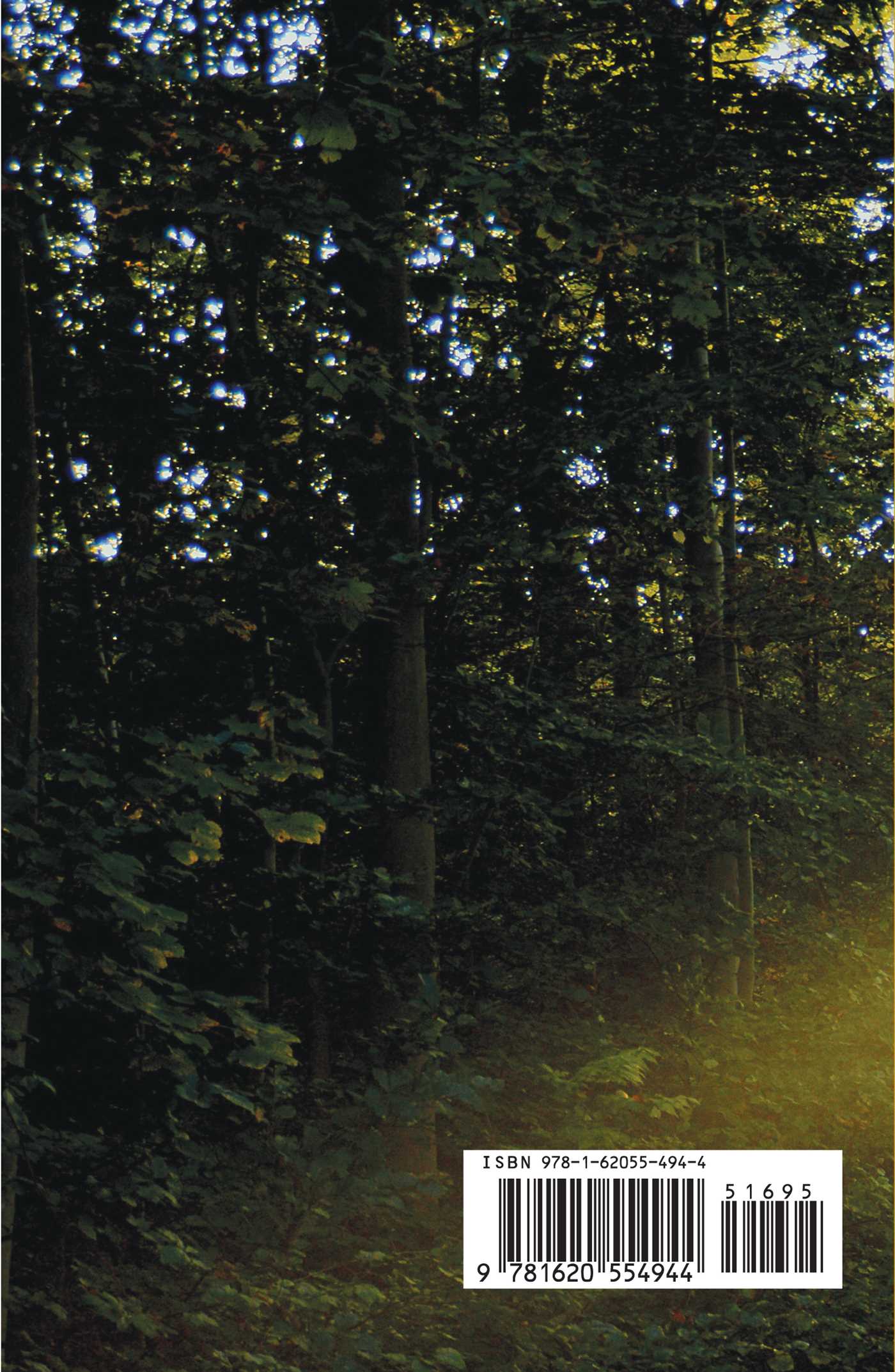 • Reveals how being conscious of death gives our fate its full meaning, inviting the reader to contemplate life in the light of their own death

Born from intimate discussions with friends, these five meditations on death from poet-philosopher François Cheng examine the multiple ways the prospect of death significantly shapes life and is, in fact, what makes life meaningful and sacred.

Written at the age of 84, in the twilight of life, these meditations each approach the human understanding of death from different yet intertwined perspectives, effortlessly returning to certain themes and ideas, questioning them again more deeply with each passing. The author shows that death is a transition in a longer living process not visible from the modern “black and white” view of life and death. He examines his experience of ancestor worship in his native China and the beliefs that underlies it: Our ancestors are alive in another form, that what is living can never die and what is dead has never lived. Cheng looks at the consequences of a world that has abandoned the sacred and avoids the mention of death, a world now blindly staggering through the chaos it has created, yet which can return to balance if we once again embrace the essential sacredness of life as well as death.

Throughout these five heart-baring meditations, Cheng invites us to contemplate life in the light of our own death. He reveals that to be conscious of death gives our fate its full meaning. Our death is an integral part of our great adventure in becoming. For if birth is a seed, then death is the fruit--the final sacred product of a life well lived.

DEAR FRIENDS, we have reached the hour that announces night, that moment when the day ends, when another day arises. We feel the enlivening current of time passing: we submit to it, we consent to it. Thus let us accept the reversal of our position, and with it our perspective. Let us agree not to attach ourselves only to the side of life, but locate ourselves in the depths of the Double-realm, where we will enjoy a more comprehensive view of our personal becoming within the universal becoming. There, in the course of the ceaseless progress of the Way that proceeds from Nothing toward Everything, from Non-being toward Being, we too, from our profoundest depths, can follow the process that goes from death to life--and not from life to death--with a view to the fruit of the soul that will absorb pain and joy, tears and blood.

I do not want to fail to point out that the depths of the Double-realm is the ideal space for dialogue between the living and the dead. Let us be clear that this is not a matter of delighting in the universe of the dead. The dialogue in question simply involves beings who lived like us, who bear within every hunger and thirst, a whole world of unachieved desires, and who experience another state of life. Thus at the heart of the Double-realm, the dead are not, as is so often the case today, those transported like the nameless dying to some corner of the hospital and then, once dead, to some corner of the morgue, and finally to a box of ashes after cremation--those we avoid thinking about too much. On the contrary, here their murmurings reach us, infinitely moving and illuminating, murmurs that well up from the heart, words close to the essence, as though filtered by the great test. With the dead we gain by remaining all ears: they have much to say to us. Having undergone the great test, they are in some ways the initiated. They are in a position to rethink and relive life differently, to measure life by the yardstick of eternity. They can watch over us like so many guardian angels. Provided that we are not so ungrateful as to stash them among the forgotten, they can do something for us. Yes, in their way, they can protect us. This perspective can also help us to overcome our grief when we are in mourning.

I express myself in this way partly because I come from a country that cultivated the worship of ancestors for thousands of years--even if this practice is fast disappearing today in China. For each family and village, the temple retained a register where the names of the ancestors were inscribed, and one learned to venerate them. In many houses alters were erected dedicated to them. On the Day of the Dead, many generations gathered around tombs, where each family member, bowing low, made the gesture of sweeping. A meal might also have been eaten together there, in an atmosphere of trusting, peaceful communion.

Patient, poignant human lineage! Going back so far, yet still not lost in the mists of time, in a trail of smoke: it is concrete, alive. Our impression of a countless anonymous crowd behind us fading into the fog of the past is a false one. Because in reality, we count only three or four generations per century and thirty or forty per millennium--that’s relatively few, so our ancestors are much closer to us than we think. Here lies a transmission of hopes and promises that requires our respect and that, to a certain degree, gives value and meaning to our fate.

To remember the dead is thus, in a more universal sense, to learn gratitude toward them and, through them, toward life. Since our infancy, haven’t we benefitted from the care and kindness of an undreamt-of number of individuals who have kept us alive: our parents certainly, and other close relatives; and beyond the family, friends, and doctors, those unknown to us whose actions have guarded us from danger. Many of them are no longer in this world. If we can extend our consideration further, we would also think more often of all the soldiers who have sacrificed themselves during wars, of all the rescuers who have given their lives during catastrophes, of all the experts in various fields who have allowed humans to live better and longer. Humanity rediscovers itself in each individual, and each individual who embraces life takes part in the adventure of humanity, which is an integral part of a much greater adventure: that of the living universe coming into being.

What potential Open is there for humanity and for each of us? A legitimate question, which we are certainly not in a position to answer definitively. It is nonetheless permissible to speak of it.

Death lets us see for ourselves the incredible process by which Everything topples over into the Nothing. Over the course of our lives, each of us has been confronted up close or at a distance with the deaths of those dear or unknown to us, and on another level, we have “died” many times ourselves. That is what makes us aware of the omnipresence and power of death--individual death and death of the species. But curiously, here again, an intuition also tells us that it is our consciousness of death that makes us see life as an absolute good, and the advent of life as a unique adventure that nothing could replace.

To summarize everything we have been able to propose thus far, let us repeat: to incorporate death into our vision is to receive life as a priceless gift of generosity. Conversely, to close our eyes to death by barricading ourselves in against it is to reduce life to a miserly savings from which we would dole out our expenditures coin by coin, one day to the next.
François Cheng

François Cheng was born in 1929 in Shangdong Province, China. He moved to France in 1949 and was elected to the Académie Française in 2002. He is a translator, calligrapher, and essayist, best known for his essays on Chinese art and poetry, as well as a renowned poet. He is the author of several novels and The Way of Beauty, a companion volume to Five Meditations on Death.

“No doubt I’d rather not think about death, yet I can see how it does bring us to some important questions. As I read Cheng’s meditations, I’m surprised at just how meaningful are the thoughts and ideas he’s putting forth. I found it profound how he took a pair of opposites--beauty and evil--and used them to show us how important death is to the overall Good. Each reader will gain something from this book that will make life more meaningful and the travails easier to bear. ”

“Make no mistake, this is not a morbid text requiring that we face the inevitable. It is rather a testament to life and an exploration of what gives life meaning.”