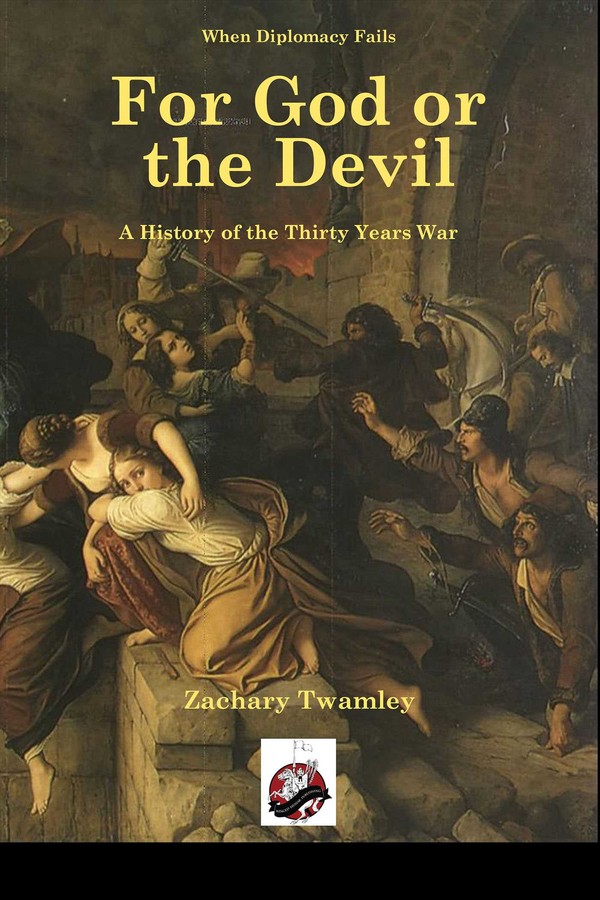 For God or The Devil

A History of The Thirty Years War

This new and thoroughly researched book on the Thirty Years' War by the creative force behind the "When Diplomacy Fails" podcast.

The year is 1618, and representatives of the powerful Habsburg’s have just been thrown out of the windows of Prague Castle. What happened next took virtually everyone by surprise, as a conflict unparalleled in its intensity, cost and of course in its duration. The Thirty Years War would not end until 1648, and in those three decades of conflict, new empires would rise, dynasties would crumble, incredible new innovations would be tested in murderous battlefields, and the religious makeup of Europe itself would be forever altered.

As this great European conflict spread from the Atlantic to the Black Sea, the mastery of the entire continent was at stake, as were opportunities for glory, influence and absolute power.  As the war raged on, those individuals that participated within it – be they Princes, Emperors, Kings or mere subjects – would be forced to pick a side. Would they choose the side of God, or of the Devil?

With this new study, Zachary Twamley examines the Thirty Years War in its entirety, following the conflict through its different phases, as new, dynamic, ambitious actors, like King Gustavus Adolphus of Sweden, Cardinal Richelieu in France, and even the Tsar of Russia became involved. Twamley’s narration covers several watershed moments, including the rise of the Dutch Republic, the terminal decline of Spain, and the arrival of France under King Louis XIV. It was a period of profound development and change, and upon its conclusion at the famed Peace of Westphalia, Europe would never be the same again.

For God or The Devil

A History of The Thirty Years War