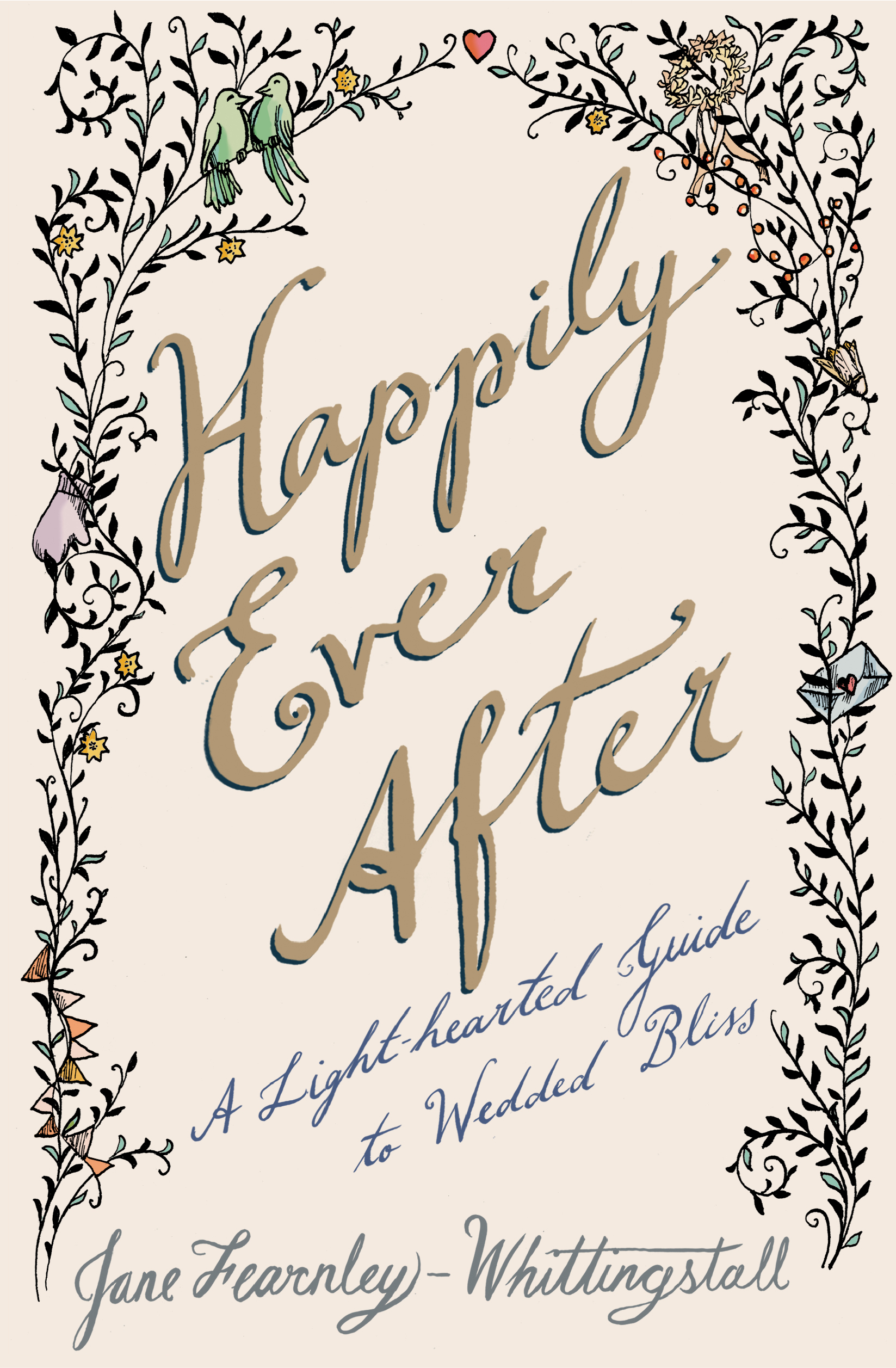 A Light-hearted Guide to Wedded Bliss

Combining stories, quotes, and tips from couples of all ages, this charmingly illustrated compendium gives sage advice for married couples.

Does he habitually leave his socks on the bathroom floor? Does she insist on interrupting your favourite programme to make you explain the plot (when she’s clearly not interested in it anyway)?

Never fear. For, as Jane Fearnley-Whittingstall shows, a good marriage is all in the detail. Happily Ever After takes a humorous look at the ups and downs of marriage, offering sage advice on everything from backseat driving to dealing with the in-laws. It combines stories and tips collected from couples of all ages with the wise and witty musings of generations of writers who have experienced the same joys and pains – from George Bernard Shaw to Jane Austen, and Nancy Mitford to Groucho Marx.

Whether you are about to be married, or celebrating your fiftieth wedding anniversary, this charming, funny book will keep you and your other half entertained til death do you part...

Happily Ever After 1 AFTER THE HONEYMOON


Fasten with all your might on the inestimable treasure of your liking for each other and your understanding of each other – build your life on its secure foundations, and let everything you do and think be a part of it . . . times come when one would give anything in the world for a reason like that for living on.

Letter from Edith Wharton to her niece Beatrix Jones (Trix) on her wedding day, in 1913, a year after Wharton’s divorce.

In Cinderella’s story ‘we got married and lived happily ever after’ is the end of the adventure. But in real life, of course, it’s just the beginning. And ‘real life’ is the key here. It can bring us down to earth with a bump, and it can happen sooner than we expect. Even when couples have already been living together for some time, they tend to have heightened expectations of married life. Other aspects of family life may have become fraught and filled us with cynicism, but the idea of marriage, or rather the act of ‘getting married’, as the longed-for climax to falling in love, is still strong.

The rituals that go with a wedding reinforce the dream, and we perform them with as much commitment and enthusiasm as ever. At the stag night and hen party the bride and groom say farewell to their carefree, single lives. The importance of the wedding ceremony as a rite of passage is emphasised by the bride’s beautiful dress and unaccustomed glamorous hairstyle; the groom’s suit and tie and close shave; the mother’s tears, the father’s speech; the confetti, the mind-blowing cost of the bubbly and chocolate fountain; and, above all, the solemn vows they make. It is, they say, to console themselves for the crippling financial outlay, a once-in-a-lifetime occasion. And then . . . whoosh, off on honeymoon, and whoosh, you are home again, ready to embark on the rest of your lives.

Imagine the scene . . . a young couple return home after a blissful honeymoon in the tropics. At quarter to midnight they pay off the taxi from the airport and lug their bags up to their second-floor flat. Outside the door, he feels in his pocket. It’s empty.

She rummages in her handbag. No key.

‘I don’t think so. It would be in my pocket. I was wearing this jacket.’

‘Well, if you haven’t got it, I don’t know who has. Certainly not me – I keep my keys zipped up in the inner pocket of my bag. Look: car key, key to the office. Nothing else.’

He turns his jacket pockets out, leaving the linings hanging out. She thinks he looks silly, and giggles.

‘If this is your idea of efficiency, I don’t think much of it.’

She empties the handbag on the floor – still no key. They eventually ring her mother, who gets out of bed and comes round with the spare key. Exhausted, the newly-weds fall into bed without unpacking, seething with mutual resentment and barely speaking. The atmosphere is no better the next morning when they leave for work. It’s not until the evening, when they finally get round to unpacking, that they find the key, tucked for safety into a pair of socks.

The honeymooners have just had their first ‘domestic’. As rows go, it’s trivial, and they’ll laugh about it in years to come. But, at the moment, it all matters hugely, and they are probably taking themselves a little too seriously.

Our own honeymoon – 47 years ago in a delightful small hotel in Ibiza – was certainly a once-in-a-lifetime holiday, though it could not be described as an unalloyed success. We began it in a broom cupboard. I had booked the ‘Napoleonic Suite’, a grand name for a spacious bedroom with an almost equally spacious bathroom and balcony. Unfortunately, my handwriting made ‘14th July’ look like ‘19th’. For the first two nights the only available accommodation was a tiny room with a single bed where the maids kept their buckets and mops. We managed, and the Napoleonic Suite seemed all the more romantic when we finally moved in.

Immediately before he married his wife Emma, the writer and actor Julian Fellowes wrote that: ‘I had reached that realisation without which no marriage stands a chance, viz after you have done this thing everything is going to change. Life will hopefully be better, it may of course be worse, but one thing is sure: it will be different.’

Actually being married seemed so crowded with unspoken rules and odd secrets and unfathomable responsibilities that it had no more occurred to her to imagine being married herself than it had to imagine driving a motorcycle or having a job. She had, however, thought about being a bride, which had more to do with being the centre of attention and looking inexplicably, temporarily beautiful than it did withsharing a double bed with someone with hairy legs and a drawer full of boxer shorts.

A Light-hearted Guide to Wedded Bliss