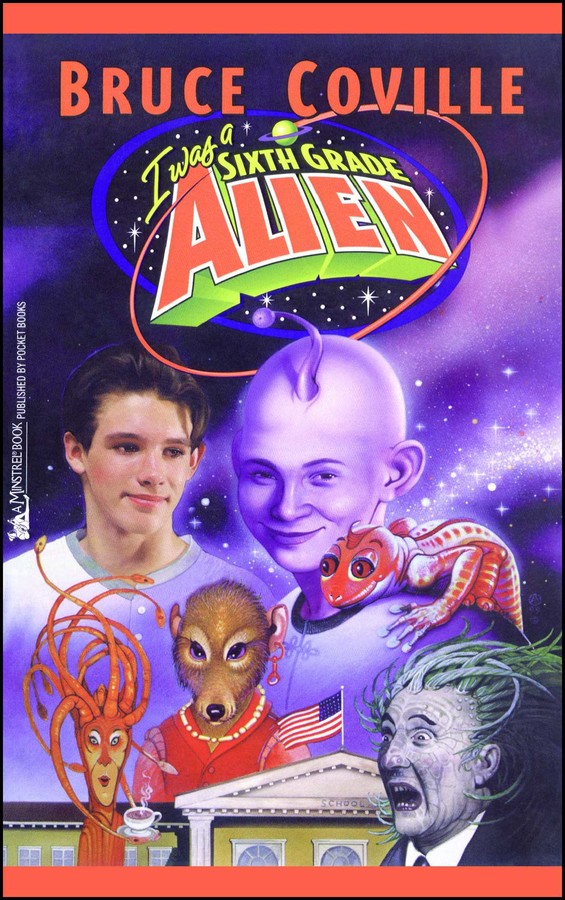 I Was A Sixth Grade Alien #1

He came from the stars -- and sixth grade will never be the same!
The aliens have finally made contact! But when the first ambassador from another planet arrives, he insists that his son, Pleskit Meenom, be treated like any other citizen on Earth.
Which is why Pleskit has become the first purple kid in Ms. Weintraub's sixth grade class.
For Tim Tompkins, who has been waiting his entire life to meet an alien, this is like a dream come true. But when Pleskit invites Tim back to the embassy and they stumble across a plan to sabotage the alien mission, Tim's dream becomes a life-threatening nightmare.

I Was A Sixth Grade Alien #1