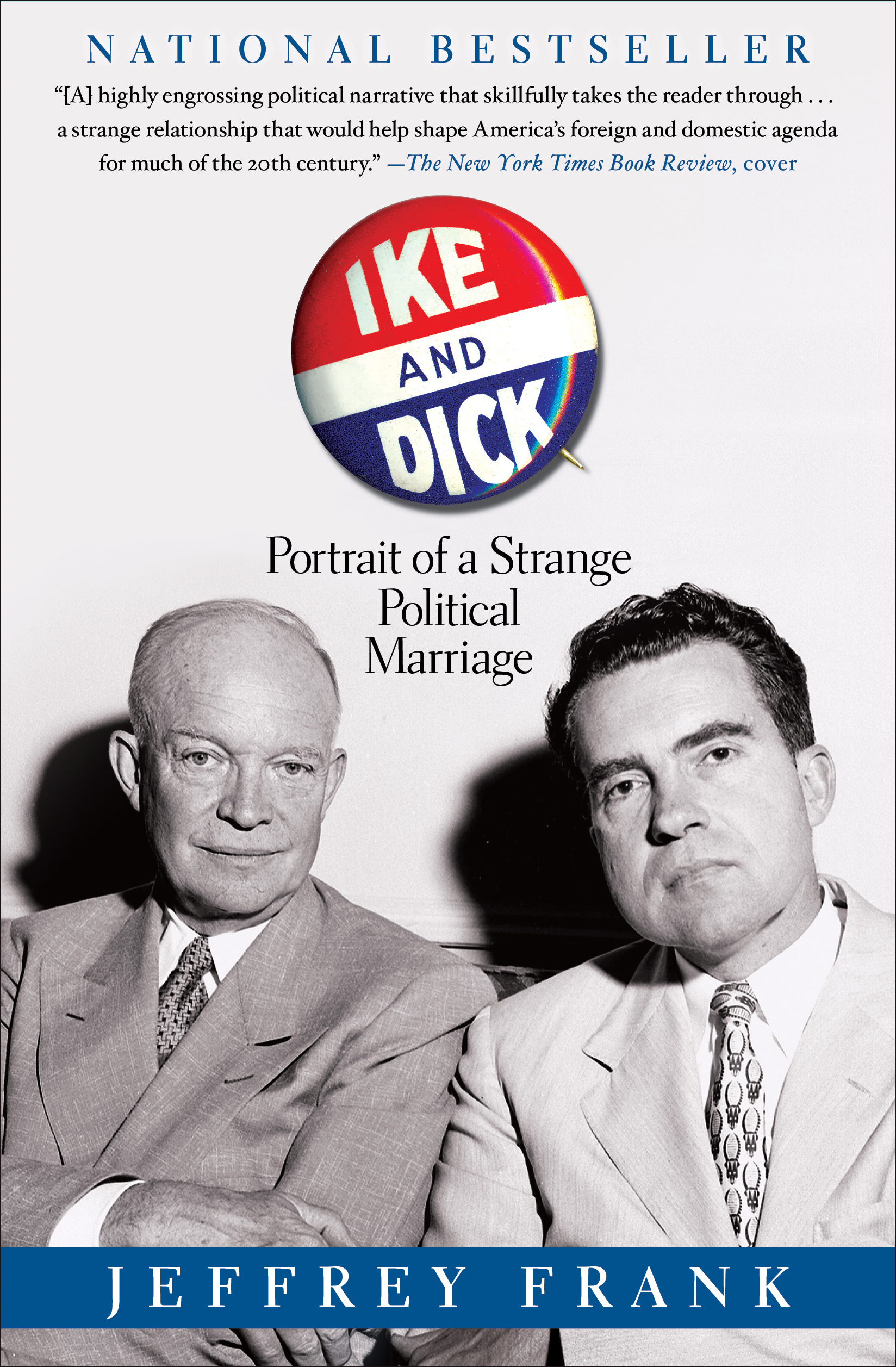 Portrait of a Strange Political Marriage

By Jeffrey Frank
PRICE MAY VARY BY RETAILER

An absorbing account of “the most intriguing—and dysfunctional—political marriage in history” (The New York Times Book Review, front page review).

One of the most acclaimed political biographies of our time, Jeffrey Frank’s Ike and Dick takes you inside the strained and complex relationship of two fascinating American leaders—hailed as “top-drawer as political history" (Russell Baker, The New York Review of Books) and “one of the best books ever written about Richard Nixon” (Thomas Mallon, The New Yorker).

For nearly twenty years, Dwight D. Eisenhower and Richard Nixon shared a political and private association that deeply affected both men and their turbulent era. In a work of “compelling can’t-put-it-down history” (Joe Klein, Time columnist) filled with “marvelously cringe-inducing anecdotes” (The Wall Street Journal), Frank reveals sides of the two that you’ve never seen. He offers fresh views of the striving, uneasy young Nixon and of Eisenhower, the legendary commander in failing health, far more comfortable with international affairs than with problems besetting the United States. Behind the scenes and beyond the headlines, Ike and Dick, informed by deep archival research and dozens of interviews, provides a captivating look at the presidency and the nation. It will become essential reading for generations of Americans. 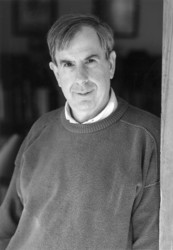 Jeffrey Frank was a senior editor at The New Yorker, the deputy editor of The Washington Post’s Outlook section, and is the author of Ike and Dick. He has published four novels, among them the Washington Trilogy—The Columnist, Bad Publicity, and Trudy Hopedale—and is the coauthor, with Diana Crone Frank, of a new translation of Hans Christian Andersen stories, which won the 2014 Hans Christian Andersen Prize. He is a contributor to The New Yorker, and has written for The New York Times, The Washington Post, The Wall Street Journal, The Guardian, Bookforum, and Vogue, among other publications.

One of Jay Strafford’s 10 favorite books of 2013: Richmond Times-Dispatch

Books of the Year: The Spectator (Australia)

One of the Eight Best Books for Potus Geeks in 2013

“One of the best books ever written about Richard Nixon…. Ike and Dick shows how much life remains in artfully straightforward narrative history.”

“Ike and Dick is a highly engrossing political narrative that skillfully takes the reader through the twisted development of a strange relationship that would help shape America’s foreign and domestic agenda for much of the 20th century.”

“Engrossing…worthwhile…. At the heart of Ike and Dick are marvelously cringe-inducing anecdotes that capture an awkward relationship that improved over time without ever truly blooming.”

“Jeffrey Frank is a nimble writer with a clear-eyed understanding of power….[Ike and Dick] reveals the nuances of the complex relationship between Nixon and the man under whom he served as vice president, Dwight Eisenhower, nuances that should resonate with Republicans who are waging an internecine struggle over the future of their party.”

“Jeffrey Frank knows a good story when he sees one, or sees two….Ambition and hesitation, intrigue and indifference, scheming and serenity, infuse 31 chapters. His saga evokes the seamy underside of the sunny 1950s…..[A] detailed and charming history.”

"Ike and Dick is an elegant example of how pleasurable political history can be when written by a skilled teller of fictional tales who has a careful reporter’s respect for facts. It is top-drawer as political history, unusually well written, and stuffed with forty pages of notes providing sources for an extraordinary variety of information. It is also an entertaining human tale of generational conflict, filled with the elements that enliven popular novels and soap operas."

“This is superlative, compelling, can’t-put-it-down history. Jeffrey Frank is an elegant writer, with a novelist’s eye; the relationship between Eisenhower and Nixon, in all its complexity and weirdness, is a treasure chest that he unpacks brilliantly. This is the perfect time for us to reconsider the trajectory of the Republican Party in the late twentieth century, and this book is a perfect way to do it.”

“The mating of Dwight Eisenhower and Richard Nixon was one of the strangest and most fateful in all of American political history. With psychological acuity and perfect pitch for the not-so-distant past, Jeffrey Frank has captured the story beautifully. Ike and Dick will surprise and greatly entertain as well as enlighten you.”

– Sean Wilentz, author of The Rise of American Democracy

“To read this book is to be reminded of Richard Nixon’s singularly tortured character in all its cussedness and genius—and to learn anew of Dwight Eisenhower’s capacity for shrewd political cunning and often insouciant human coldness. Ike and Dick deeply textures our understanding of two outsized American personalities and the complex layers of their long and consequential relationship—and it’s full of delicious gossip, too.”

“Anyone interested in U.S. politics will enjoy Jeffrey Frank’s absorbing tale of two very different men and their turbulent relationship.”

“Ike and Dick is enthralling, innovative, and judicious. It rivets the reader. Jeffrey Frank knows Washington and national politics inside and out. He employs numerous interviews and recently declassified information superbly. In critical respects, and by using their own words with meticulous care, he peels away layers of disingenuousness from both men. The cast of characters, including indiscreet aides, ranges from bright red to shady gray.”

– Michael Kammen, Pulitzer Prize-winning author and past president of the Organization of American Historians

“The author does a fine job delineating the complex personalities of both men, and he provides novelistic touches befitting his background….A well-researched and -written history that will satisfy both Eisenhower and Nixon aficionados.”

Portrait of a Strange Political Marriage

By Jeffrey Frank
PRICE MAY VARY BY RETAILER