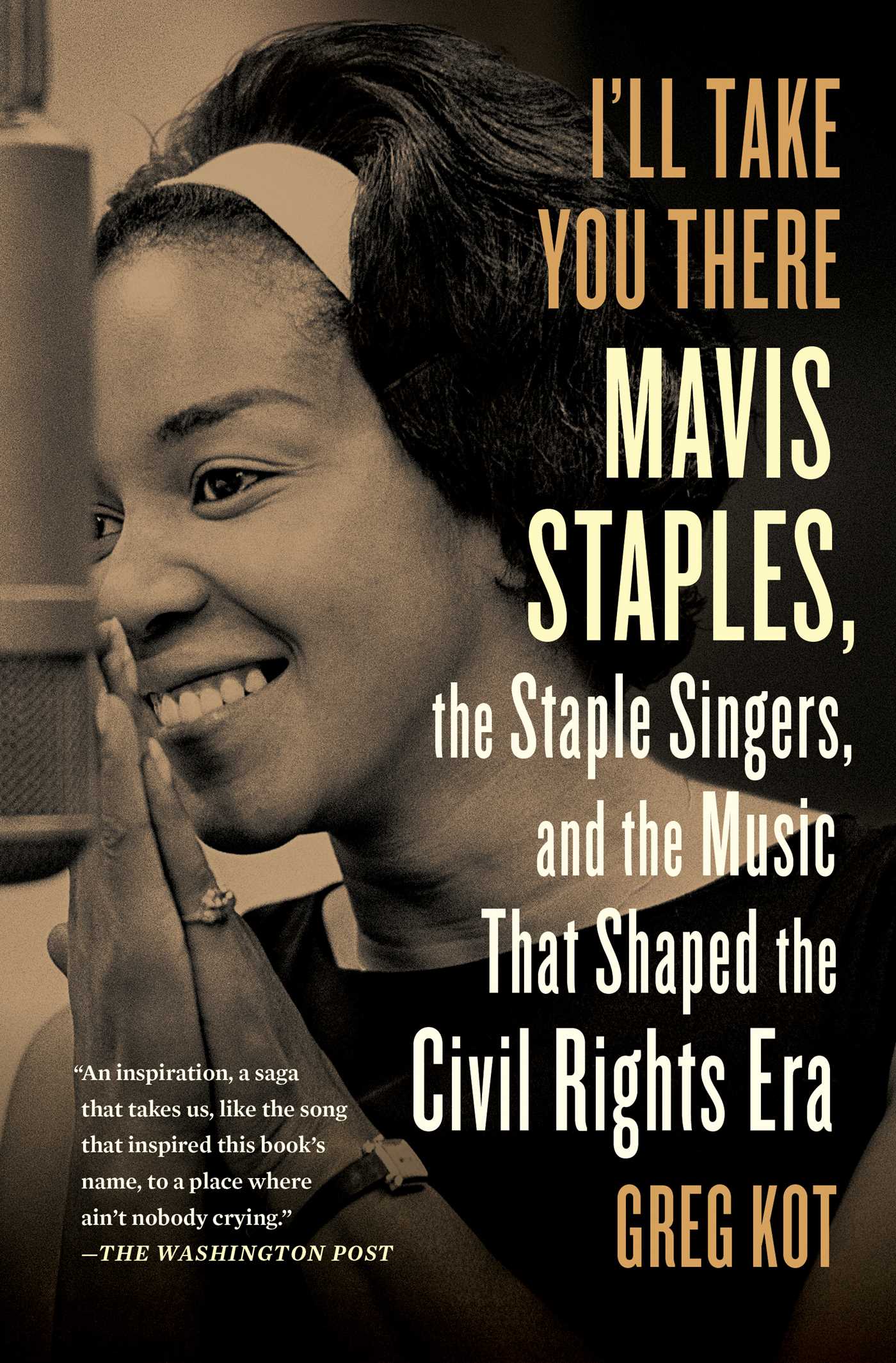 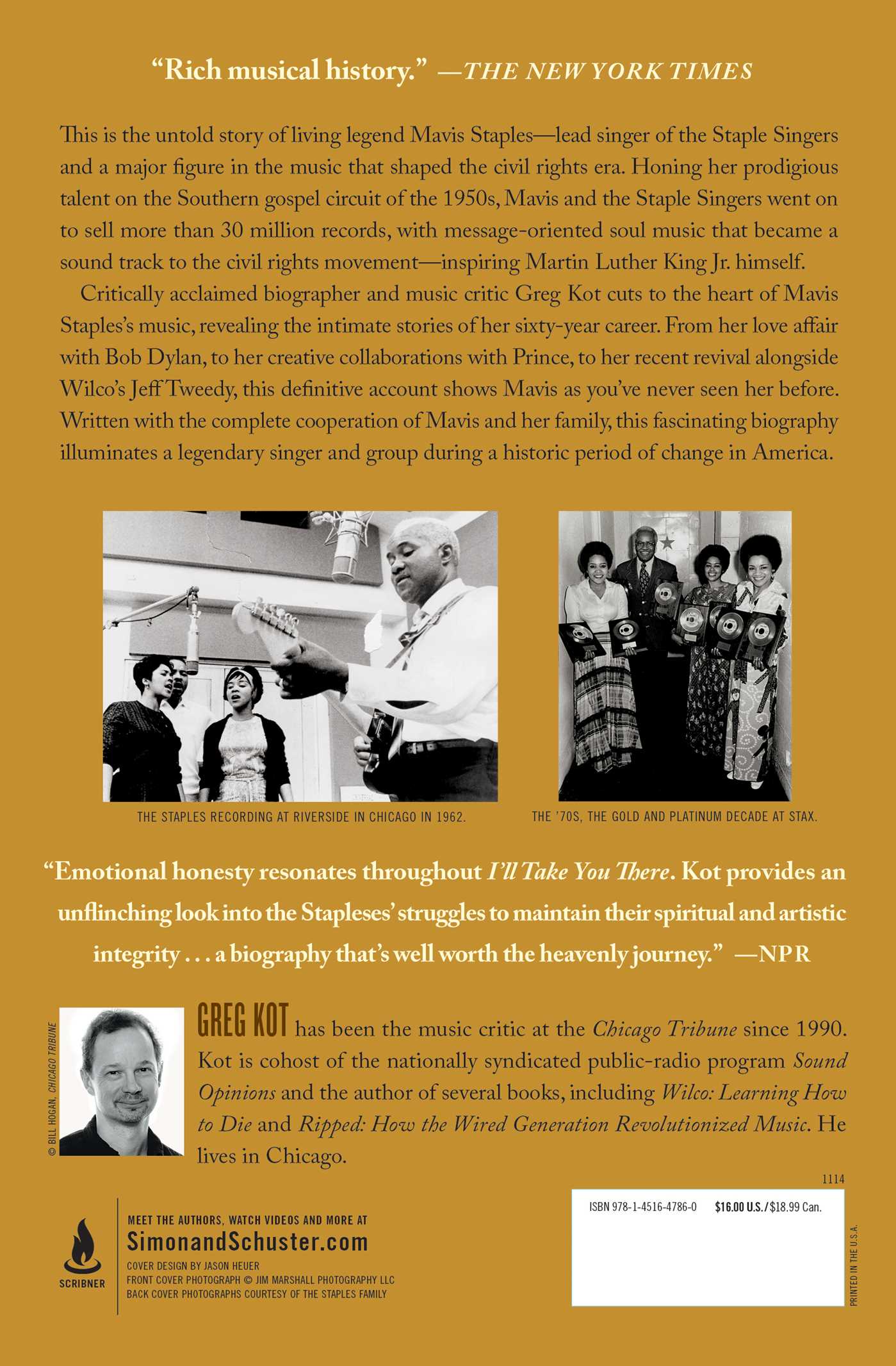 I'll Take You There

Mavis Staples, the Staple Singers, and the Music That Shaped the Civil Rights Era

“A biography that will send readers back to the music of Mavis and the Staple Singers with deepened appreciation and a renewed spirit of discovery” (Kirkus Reviews, starred review)—from the acclaimed music journalist and author featured prominently in the new HBO documentary Mavis!

This is the untold story of living legend Mavis Staples—lead singer of the Staple Singers and a major figure in the music that shaped the civil rights era. One of the most enduring artists of popular music, Mavis and her talented family fused gospel, soul, folk, and rock to transcend racism and oppression through song. Honing her prodigious talent on the Southern gospel circuit of the 1950s, Mavis and the Staple Singers went on to sell more than 30 million records, with message-oriented soul music that became a soundtrack to the civil rights movement—inspiring Martin Luther King, Jr. himself.

Critically acclaimed biographer and Chicago Tribune music critic Greg Kot cuts to the heart of Mavis Staples’s music, revealing the intimate stories of her sixty-year career. From her love affair with Bob Dylan, to her creative collaborations with Prince, to her recent revival alongside Wilco’s Jeff Tweedy, this definitive account shows Mavis as you’ve never seen her before. I’ll Take You There was written with the complete cooperation of Mavis and her family. Readers will also hear from Prince, Bonnie Raitt, David Byrne, and many others whose lives have been influenced by Mavis’s talent.

Filled with never-before-told stories, this fascinating biography illuminates a legendary singer and group during a historic period of change in America. “Ultimately, Kot depicts the endurance of Mavis Staples and her family’s music as an inspiration, a saga that takes us, like the song that inspired this book’s name, to a place where ain’t nobody crying” (The Washington Post). 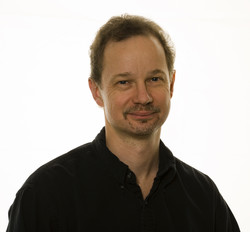 Greg Kot has been the music critic at the Chicago Tribune since 1990. Kot is co-host of the nationally syndicated public radio program Sound Opinions, and the author of several books, including Wilco: Learning How to Die; and Ripped: How the Wired Generation Revolutionized Music. He lives in Chicago.

"Kot depicts the endurance of Mavis Staples and her family’s music as an inspiration, a saga that takes us, like the song that inspired this book’s name, to a place where ain’t nobody crying."

“[I’ll Take You There] takes us deep into the golden age of Mavis and her marvelously talented group.”

“A biography that will send readers back to the music of Mavis and the Staple Singers with deepened appreciation and a renewed spirit of discovery…. Through it all, the ebullience of Mavis Staples and her music shine through.”

“Kot chronicles the amazing story of a family that went from a hardscrabble life in Mississippi to Chicago’s church circuit to worldwide fame, merging the genres of roots, gospel, and soul…. This is a moving tribute to a very talented family and one gracious woman, in particular.”

“A lively, engaging family biography, written with the Stapleses' cooperation and filled with vivid portraits, celebrity cameos and descriptions of music so evocative I kept wishing the book had come with a set of CDs.”

“Emotional honesty resonates throughout I'll Take You There. Kot provides an unflinching look into the Stapleses' struggles to maintain their spiritual and artistic integrity… I'll Take You There is a biography that's well worth the heavenly journey.”

"[A] fascinating testimony. . . . Kot’s portrayal of Mavis is deft and balanced, worthy of a performance that, no matter how often you play it, never fails to live up to the promise of its title."

“Mavis Staples and the Staple Singers are a mighty river running through more than a half-century of song, connecting Sam Cooke to Prince and Bob Dylan to Wilco. Thoroughly researched and elegantly told, I’ll Take You There offers powerful and inspiring insight into not only American music, but American history.”

– Alan Light, author of The Holy or the Broken: Leonard Cohen, Jeff Buckley, and the Unlikely Ascent of “Hallelujah”

“Kot’s take on the singer’s immense discography is invaluable, and Staples’ indomitable spirit shines through."

“A thorough and illuminating biography that offers plenty of revealing details about a group the Band’s Robbie Robertson once likened to ‘a lonely train in the distance.’”

“Involving from beginning to end. . . . [Kot] charts the [Staples] family’s origins in gospel music; their gradual drift into folk, soul and pop; the reverberations of their increasingly political songs during the civil rights era. . . 'I'll Take You There'...is rich musical history."

"Kot has a knack for distilling the stuff of interviews and research into pithy descriptions of the Staple Singers’ lean years."

"Mr. Kot is deft at describing music on its own terms.... Like the best music biographies, I’ll Take You There sends readers running for their collections to investigate the book’s many musical premises and revelations."

I'll Take You There

Mavis Staples, the Staple Singers, and the Music That Shaped the Civil Rights Era