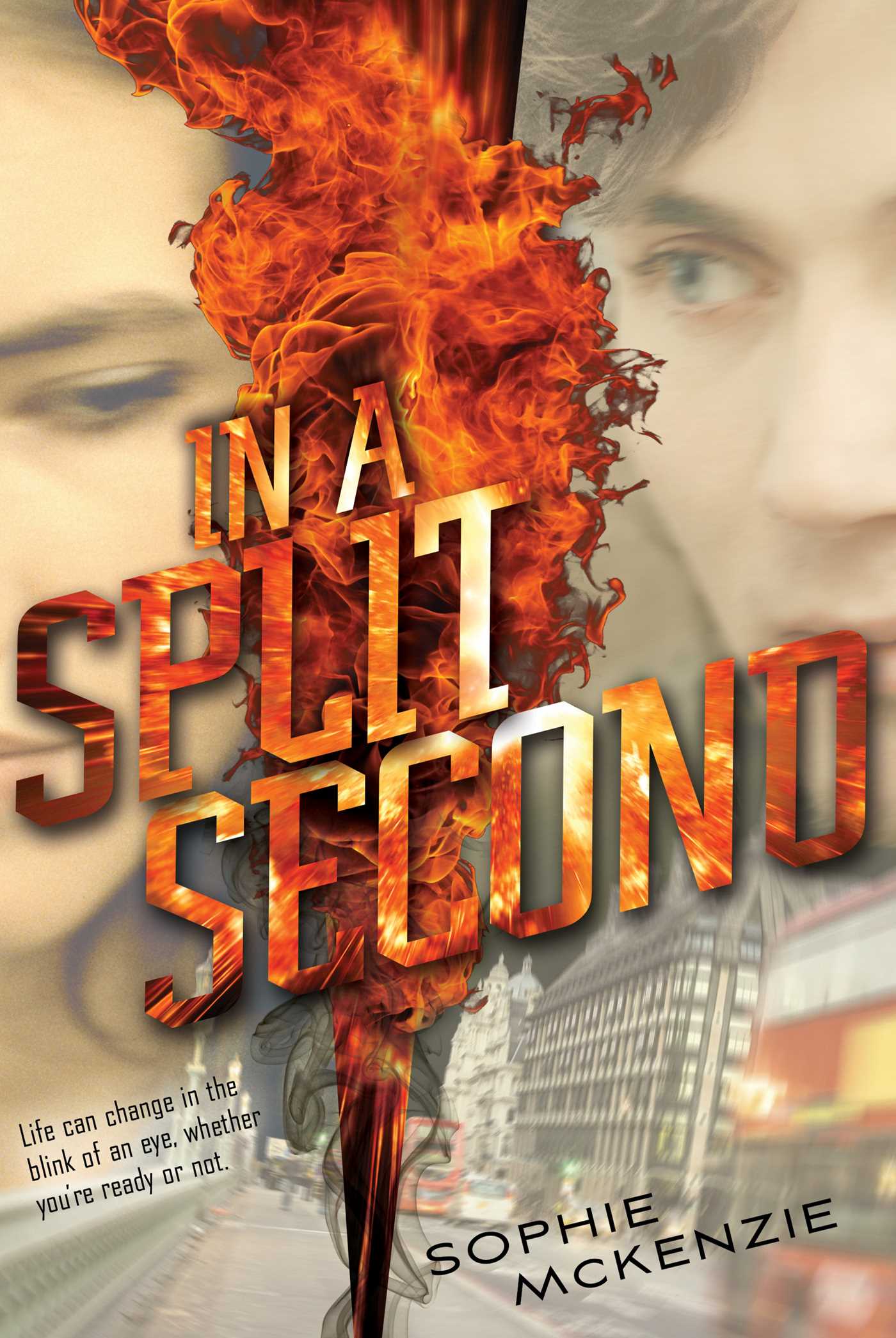 In a Split Second

By Sophie McKenzie
PRICE MAY VARY BY RETAILER

Two lives. One explosive moment. And a secret that could end it all... A riveting, romantic thriller from the author of Girl, Missing.

Charlie’s life is torn apart by a terrorist bomb in a London market. Months later, she meets Nat, whose family was devastated by the same explosion. But as Charlie gets closer to Nat she uncovers secrets and a whole cast of shady characters that lead her to believe Nat knows more about the attack than he is letting on. In a Split Second is a breathtaking thriller that shifts between the perspectives of its two main characters as their courage and their loyalties are tested to the limit.

In a Split Second NAT
I glanced at my phone. It was almost 3 p.m.

Three p.m. was when the bomb would go off.

I raced along the street, my heart banging against my ribs. I had to find Lucas. Canal Street market. That’s what the text had said. That was where Lucas would be. My lungs burned as I gasped at the cold air. I ran faster, pushing through the crowds.

The covered market was packed with shoppers, most of whom were heading for the food stall run by the Future Party. Since the cutbacks had really set in last year, unemployment had risen fast. Now people who would once never have dreamed of taking a handout lined up for free food from the only political party in the country that seemed to care. I hurtled past the line. Most people were staring at the ground as they shuffled along, avoiding eye contact.

I kept running. The bomb wouldn’t be here, anyway. Why would anyone want to bomb people so poor they had to line up for food? The next few stalls all sold ethnic clothes—a mix of bold African prints and soft Thai silks. I turned the corner, past the section of the market specializing in baby stuff. No. No way. Neither Lucas nor the bomb would be here. Not where there were babies, for goodness’ sake. I ran on, panting, past the market clock. It was just four minutes to three. There was hardly any time left. I looked up. The market had a second floor full of cheap toiletries and household goods. Should I go up there or check more of the ground floor?

A security guard strode past. I stared at the radio that hung from his belt. I’d been so focused on finding Lucas I hadn’t thought about everyone else in the market. There were lots of people milling about. Lots of children with their mums and dads.

I chased after the security guard. Grabbed his arm. “Listen,” I said. “You need to clear the market. Get everyone out.”

The man turned. His face filled with suspicion. “What did you say?”

“There’s a bomb,” I said. “I don’t know exactly where, but it’s in the market and it’s going to go off in a few minutes.”

The security guard frowned, a look of disbelief on his face. “What makes you think that, kid?” he said.

“I just do. You have to believe me. Please.” Heart pounding, I caught sight of my reflection in the shiny Future Party sign that pointed the way to their free food stall. My hair was messed up, my eyes wild and staring. No wonder the security guard was looking at me like I was crazy. “You have to clear the whole place.”

“Wait here,” the guard said with a sigh. “I’ll go and get the site manager.”

But the security guard was already striding away, heading toward the stalls I had just passed. As I turned to the next aisle, intending to run on, I caught a glimpse of a black leather jacket on the stairs up to the second floor. Was that Lucas? I strained my eyes, but the jacket had disappeared, lost in the crowds.

I swerved to the left and raced toward the stairs. I sped past a stall promising fifty percent off piercings and tattoos. A girl about my age stood in front, arguing with a woman. She was gesticulating wildly, her face flushed.

Even racing past at top speed I could see the girl was pretty, with a mass of wild, honey-colored curls cascading over her shoulders. But there wasn’t time to take a second look. I took the stairs up to the second floor, two steps at a time. It was two minutes to three. And I still hadn’t found Lucas. 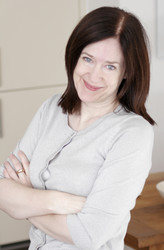 Sophie McKenzie was born and brought up in London, where she still lives with her teenage son. She has worked as a journalist and a magazine editor, and now writes full time. She has tallied up numerous award wins and has twice been longlisted for the Carnegie Medal.

“Sophie's thrillers are brilliant, you never know what's on the next page and you can't stop reading until you find out.”

“A terrifying, fast-paced thriller that you won’t be able to put down.”

"Split Second is a rollercoaster of a read, full of twists and turns and betrayals"

"Had me completely hooked from the first to the last page"

"EXPLOSIVE!…It’s actually like being on a high speed train, heading to an unknown and dangerous destination. You think you are going to take one route and then the author switches tracks...it almost had an eerie premonistic feel to it, in the same way George Orwell’s 1984 did. A gritty, thrilling and fast paced novel.”

"Sophie McKenzie has her finger on the pulse of a future that is all too plausible…It just does not let up, & I found myself devouring it.”

"This political whodunit...boasts more than a dash of romance and plenty of action. The result is something of a cross between Pnina Moed Kass’ Real Time and Robert Muchamore’s CHERUB series."

McKenzie’s fast-paced novel...is a gripping read...Readers may find themselves binge reading to the end."

In a Split Second

By Sophie McKenzie
PRICE MAY VARY BY RETAILER