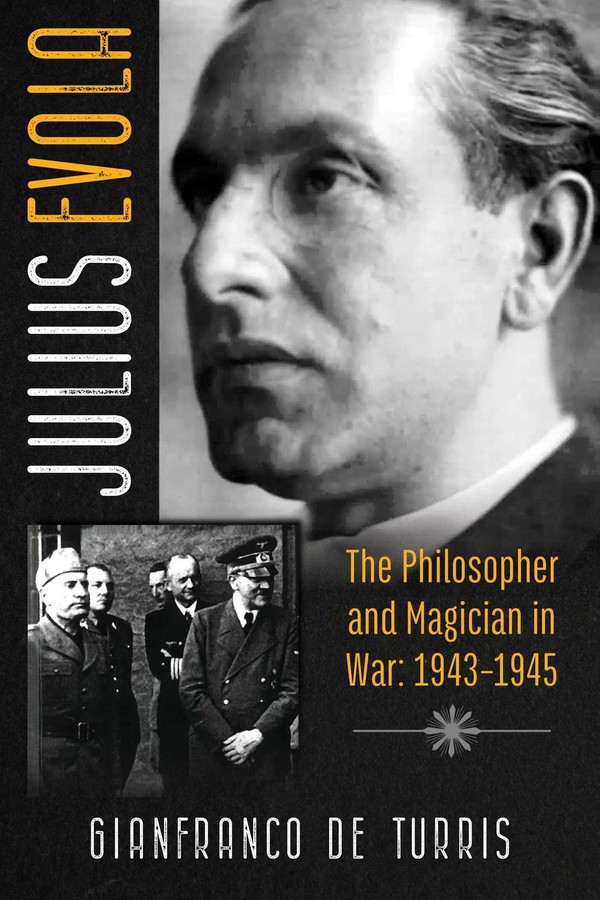 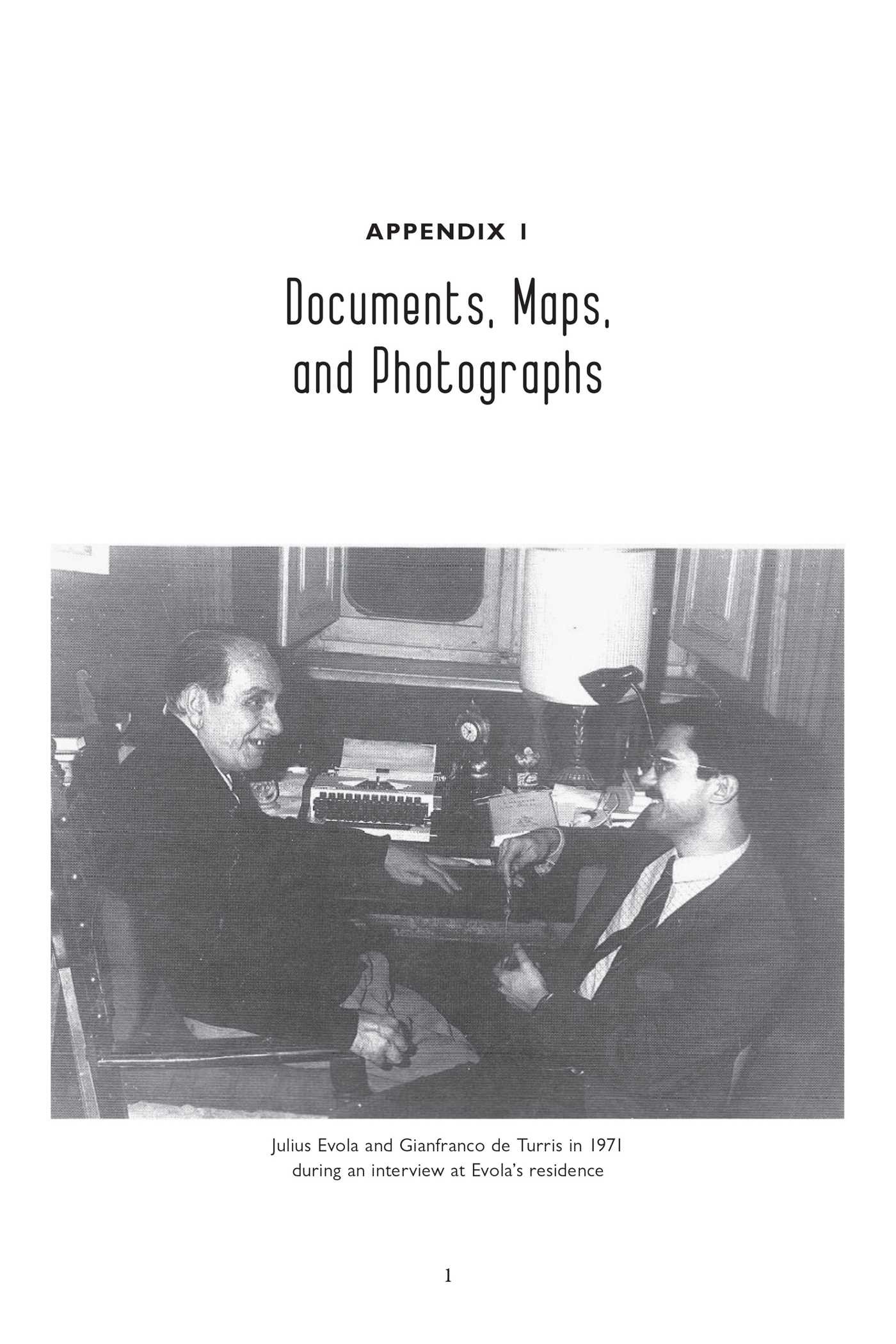 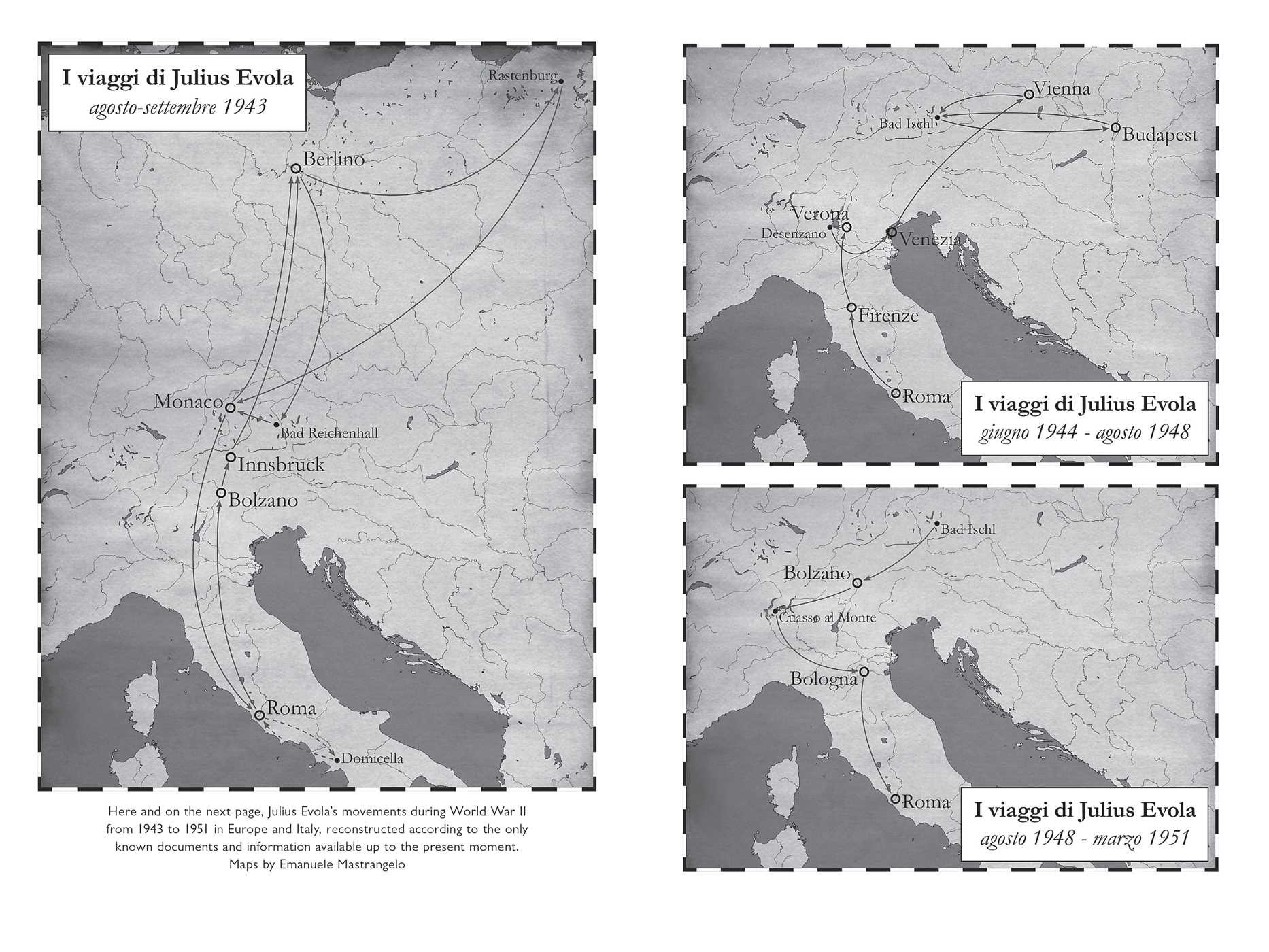 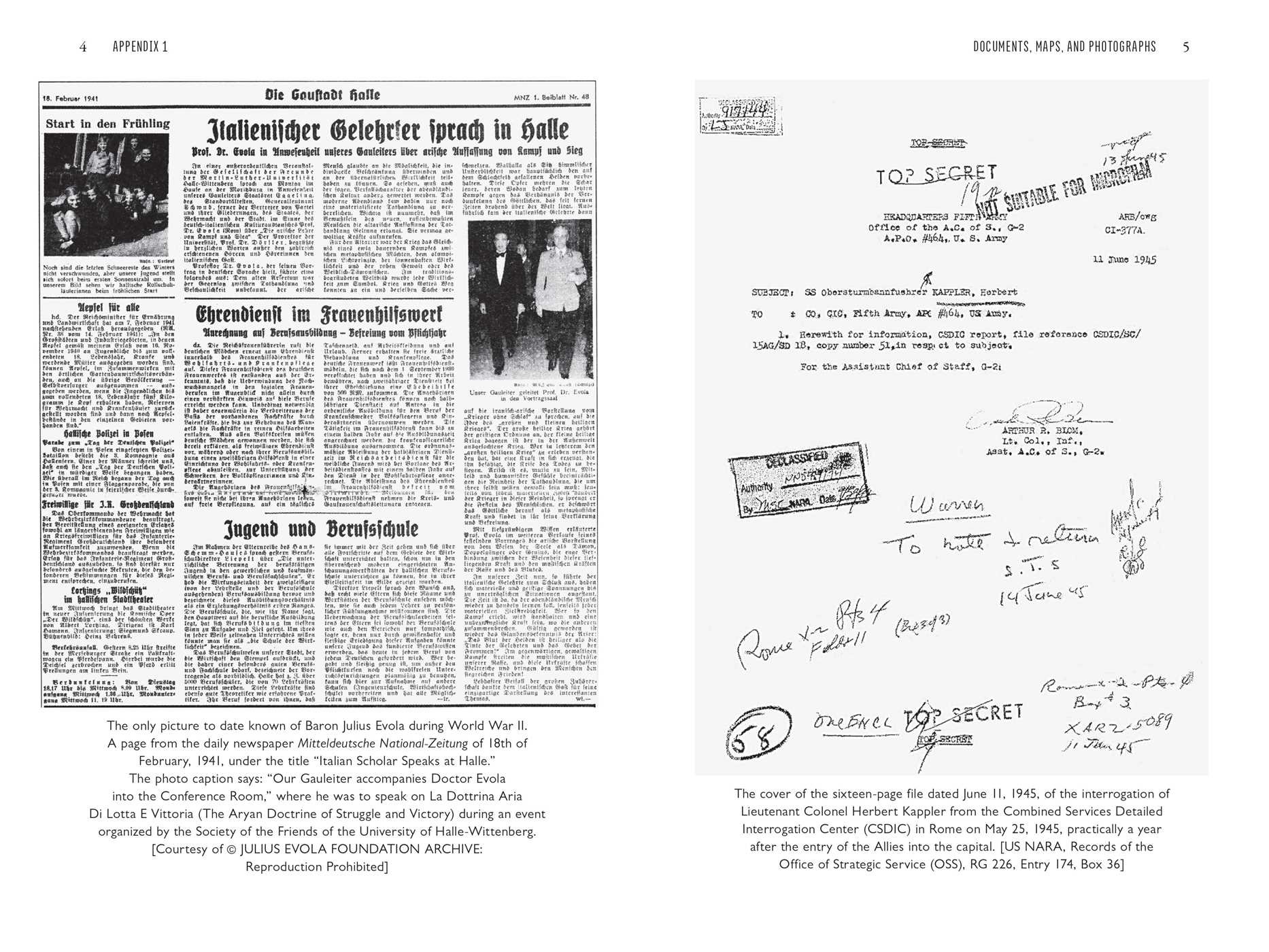 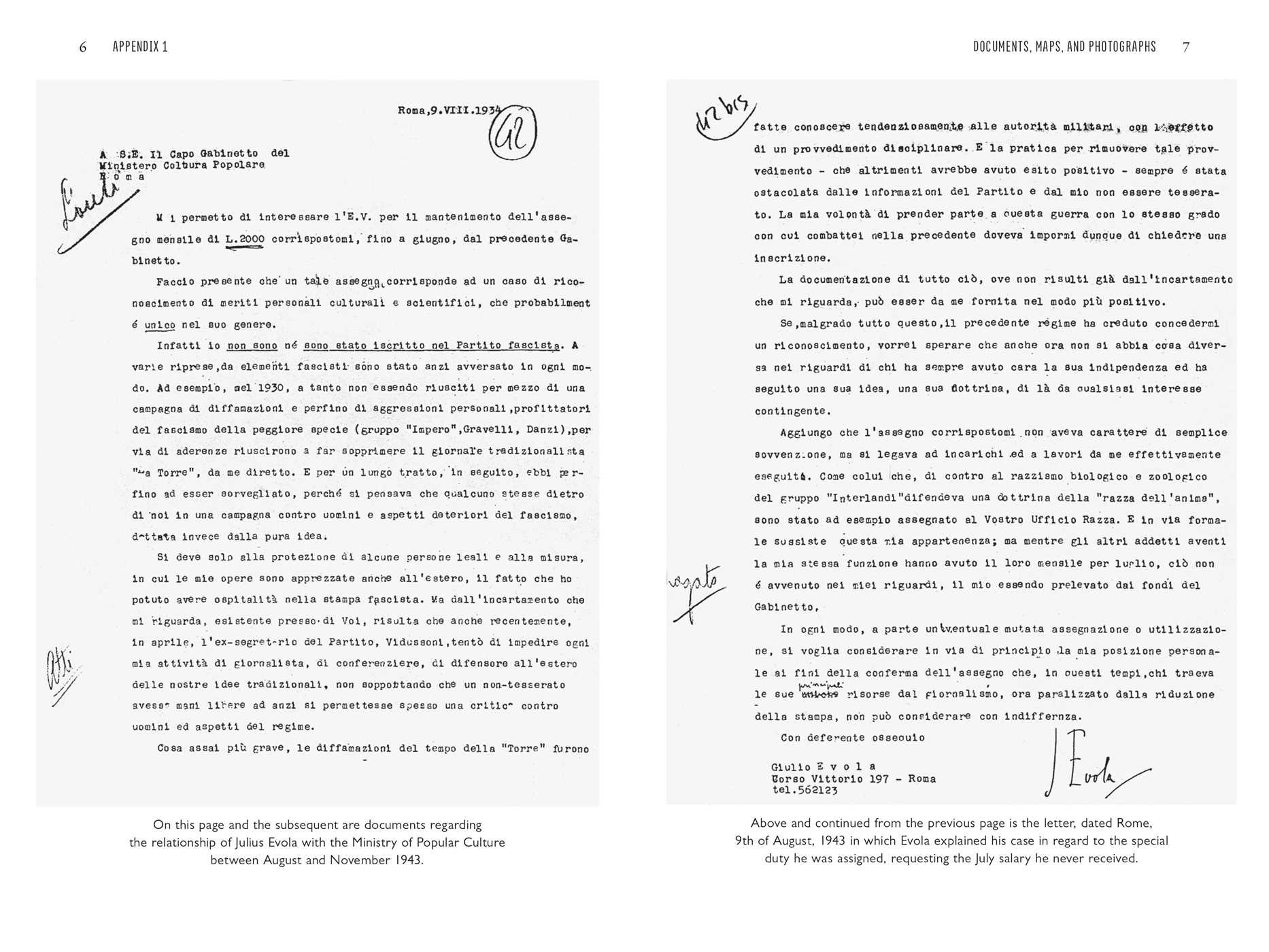 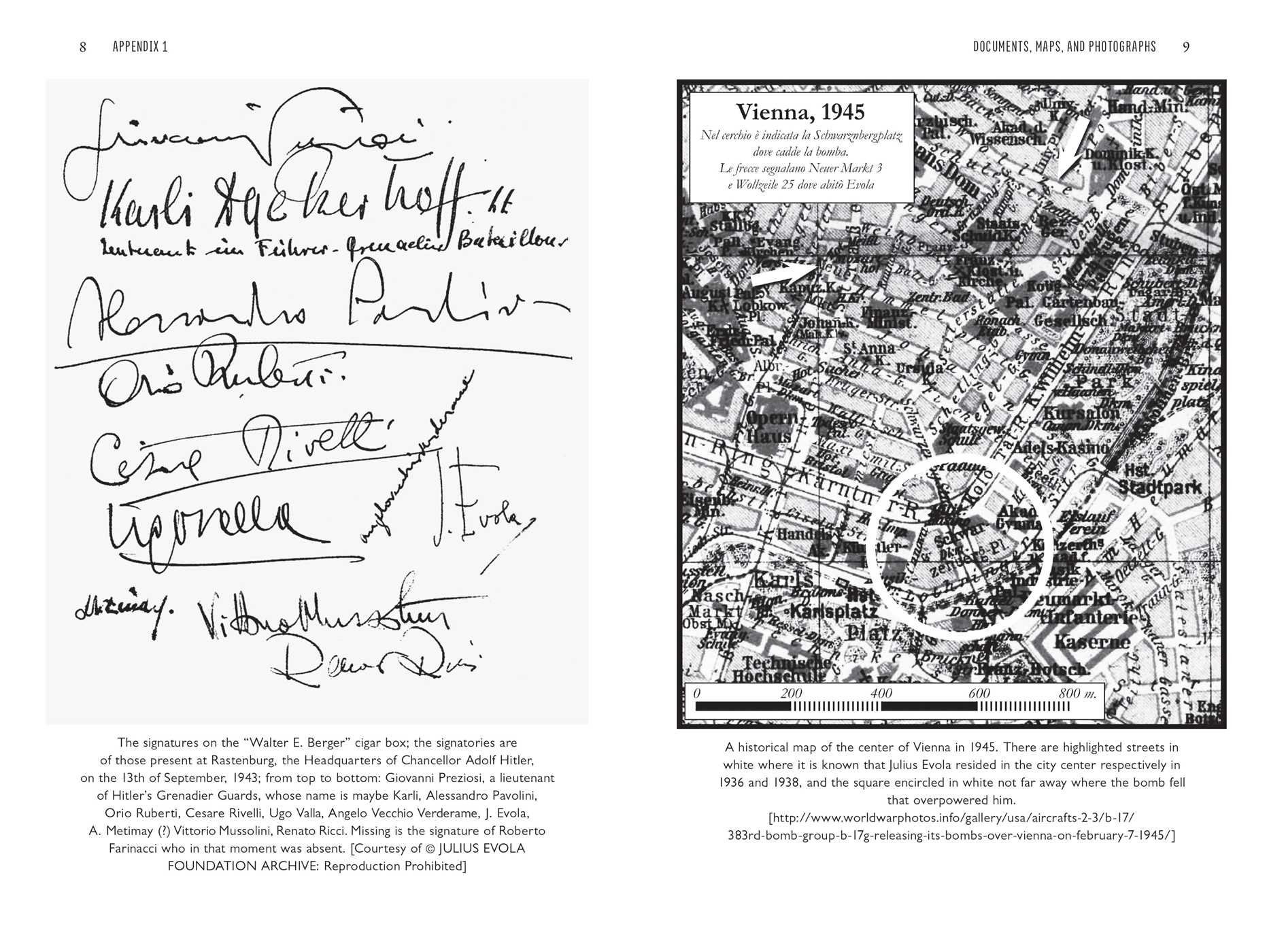 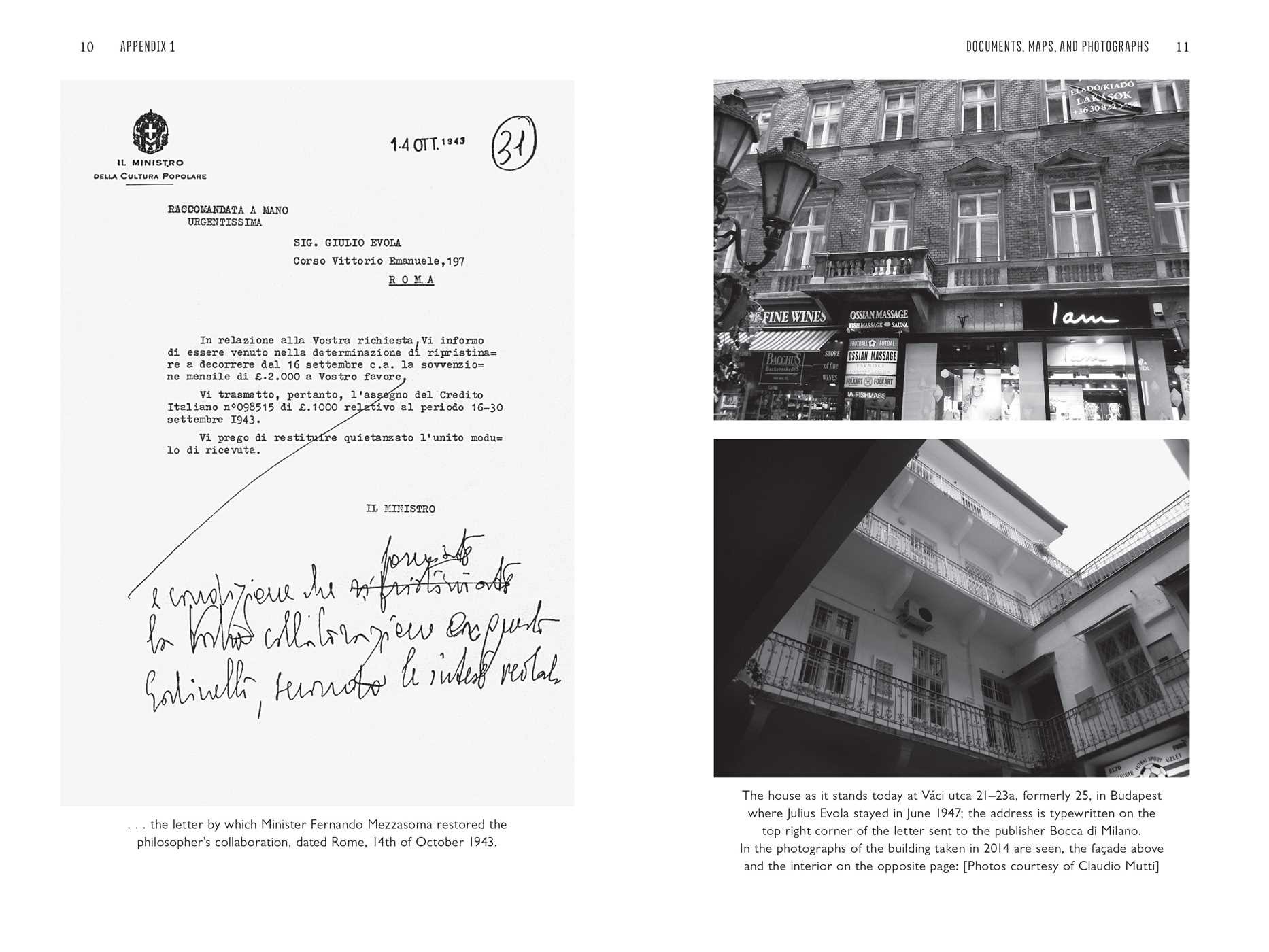 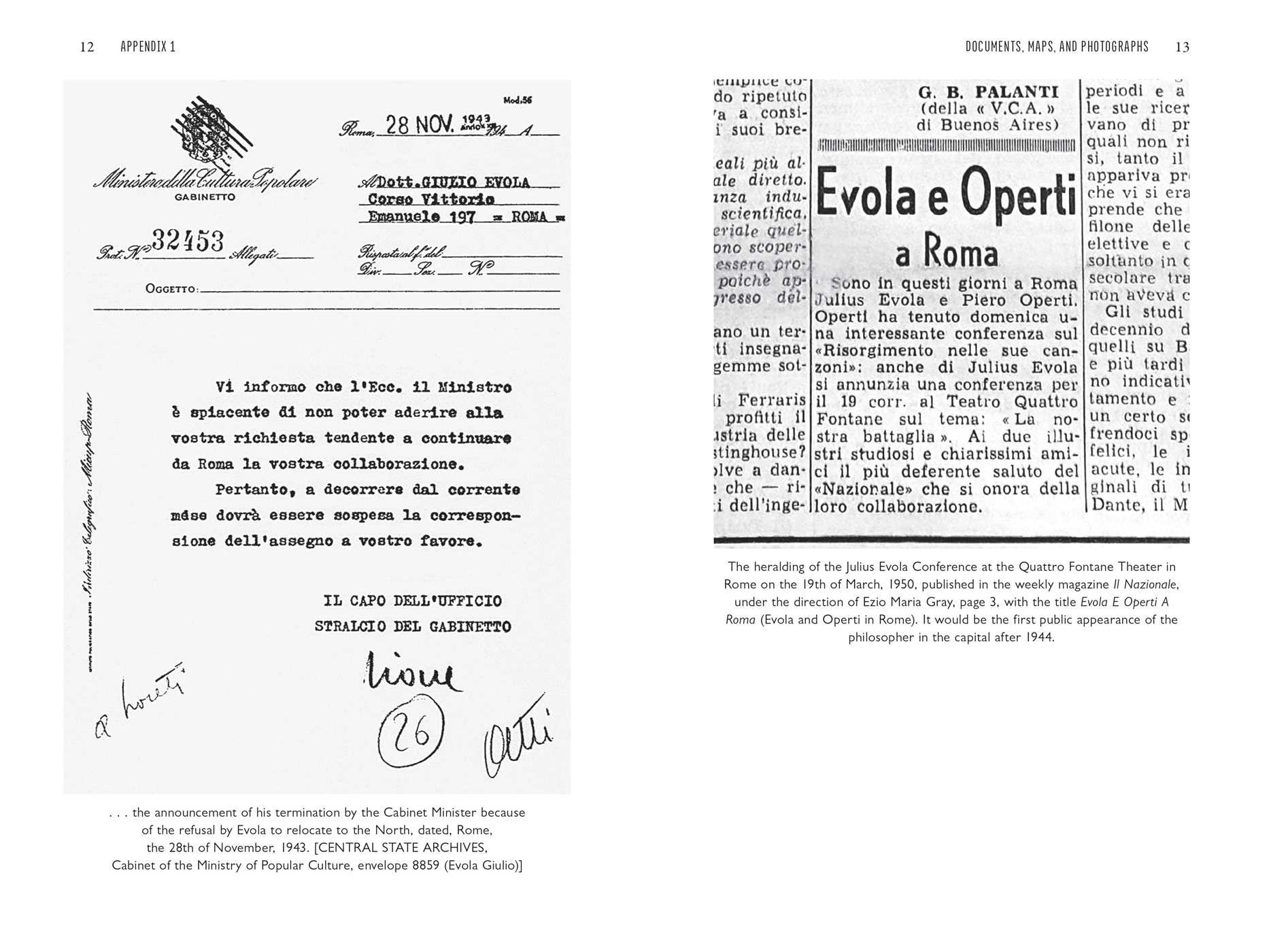 • Traces the Baron’s activities in Italy, Germany, and Austria during World War II

• Draws on personal conversations with those who knew Evola, new documentation never before made public, and letters from the Hakl and Scaligero archives

In this exploration of Evola’s inner and outer life from World War II into the early 1950s, Gianfranco de Turris, who knew Evola when he was alive and is the executor of his estate, offers a new portrait of Julius Evola and debunks many of the pseudo-myths about his activities during the war. Drawing on personal conversations with those who knew him and new documentation never before made public, including letters from the Hakl and Scaligero archives, the author traces Evola’s activities--including his time on the run and living under assumed names--in Italy, Germany, and Austria from 1943 into the mid-1950s. He shares a thorough account of the Baron’s sojourn at Hitler’s headquarters in Rastenburg, his work for the German secret military services, and his passionate rejection of the racial theories that were the core of Nazi ideology. The author outlines Evola’s critiques of Fascism and Nazism and also explores Evola’s disapproval of the Italian Social Republic because it was destroying traditional values in favor of modernity.

Detailing the Baron’s occult and magical work during the war, de Turris shows that the only thing Evola took with him when he escaped Italy was the UR Group papers, material that would later become the three-volume work Introduction to Magic. Sharing details from Evola’s long hospital stays during and after the war, the author proves that the injury that led to Evola’s paralysis was caused by an Allied bombing raid in Vienna and not, as rumor has it, by a sex magic act gone horribly wrong. The author shares photographs from the time period and the Baron’s correspondence with René Guenon on the possibility of restoring the spiritual and magical power of an authentic Freemasonry.

Offering conclusive evidence that Evola was not part of the Nazi regime, de Turris sheds light on the inner workings of this legendary occult figure and what Evola believed was the best approach for the magus to take in the modern world.

One of the undeniable facts in the life of Julius Evola is that he had at the very least a singular position within the historical experience of the Italian Social Republic. He was both a direct witness to its birth and one of the few who witnessed de visu its gestation: he shared the legionary spirit, sense of dignity, honor and respect for the word that had been given to its Ally, who was betrayed by the monarchy and Marshall Pietro Badoglio; he did not share in any way its Republican and Social ideology, and he never concealed this dislike either then nor after the war, vocally and in his later writings,(1) thus attracting the hostility of many of its ex-adherents.

He worked in the Italian Social Republic, but he wasn’t an essential component of its structure: in fact, so far as possible within the current state of biographical-historical research, it does not appear that he had official positions there at all, apart from his collaboration with Minculpop which lasted just under two months, until November 1943; nor did he continue his intense activity as a journalist, as he had done up until July 1943. Actually, what has now been possible to confirm is that only two of his articles have emerged from the newspapers of the Italian Social Republic after September 8, evidently the fruit of his resumed relations with the Mezzasoma Ministry. They appeared in La Stampa on Wednesday, November 3, and Sunday, December 19, and both fall into that category of “custom and habits of a people” as one researcher has classified Evola’s collaboration with the Turin newspaper.(2)

Both of the Evolian literary interventions after September 8 strived to offer readers an existential interpretation of the dramatic situation in which Italy found itself, seeking to turn all that was negative at that moment in history into something of a positive nature in an attempt to strengthen the home front: in his first conscientious piece of writing, “Liberazioni,” he states among other things that “the disrupted and tragic periods of history can cause by the very forces they unleash, a greater number of people to be led to an awakening, toward a liberation. And basically, it is essentially from what is measured the most profound spirit of a race, its indomitability and its vitality in a superior sense. And even today in Italy on the home front, that no longer perceives now the difference between combatants and non-combatants confronted with so many tragic conjunctures, one must be more inclined to turn the eyes away from this and more often than not gaze upon that higher value in existence, which unfortunately in the nature of things is commonly absent.”(3) In the second tract, “Uno Sguardo Nell’Oltretomba Con La Guida Di Un Lama Del Tibet,” he tries to fight the terror of death--ever present in everyone at the time, those engaged in fighting and those not engaged--with arguments drawn from ancient oriental teachings, thus concluding:

“Whatever might be said concerning them, one point is certain: with them the horizons continue to be open and infinite in such a way that in the life of man, the contingences, the obscurities, the tragedies, cannot result in being anything else but relativistic. In a nightmarish aspect it could be considered definitive, yet it might only be an episode with respect to something higher and stronger, which does not begin with birth and does not end with death and that also has value as the principle of a superior calm and of an unparalleled, unshakable security in the face of every trial.”(4)

It does not seem that Evola might have written in other newspapers during his stay in Rome until June 4, 1944, especially after the interruption of the relationship he had with the Ministry of Popular Culture mentioned in Chapter Three. So Marco Iacona’s phrase, “he had worked for the RSI,”(5) seems meaningless.

An article in the magazine Politica Nuova titled “Considerazioni Sui Fatti D’Italia”(6) is quite wrongly attributed (7) to the philosopher. Evola himself would later explain, “Mussolini shared the ideas expressed in it so on his orders it was published in the form of a pamphlet for its dissemination.”(8) In this essay “a kind of self-criticism” of Fascism was made, exposing all the “failures” that would have then led to the collapse of the Regime. Evola concludes, “Even if it was too late, having recognized all this was noteworthy.”(9) That this text was not written by him at first glance should have been apparent: as you can see, Evola speaks of it impersonally like something compiled by others, of a document emerging from within Fascism itself in an identity crisis and whose criticisms he himself shares. If it had been his work he would have definitely taken credit for it, underlining, as on other occasions, the fact that Mussolini would have finally proved him to be correct.

Gianfranco de Turris is one of the foremost scholars on Baron Julius Evola. A journalist for both radio and television, he is the author of more than 20 books in Italian, both fiction and nonfiction, as well as many artistic and political essays. He has been awarded the Italian Prize for Science Fiction eleven times. He lives in Rome.