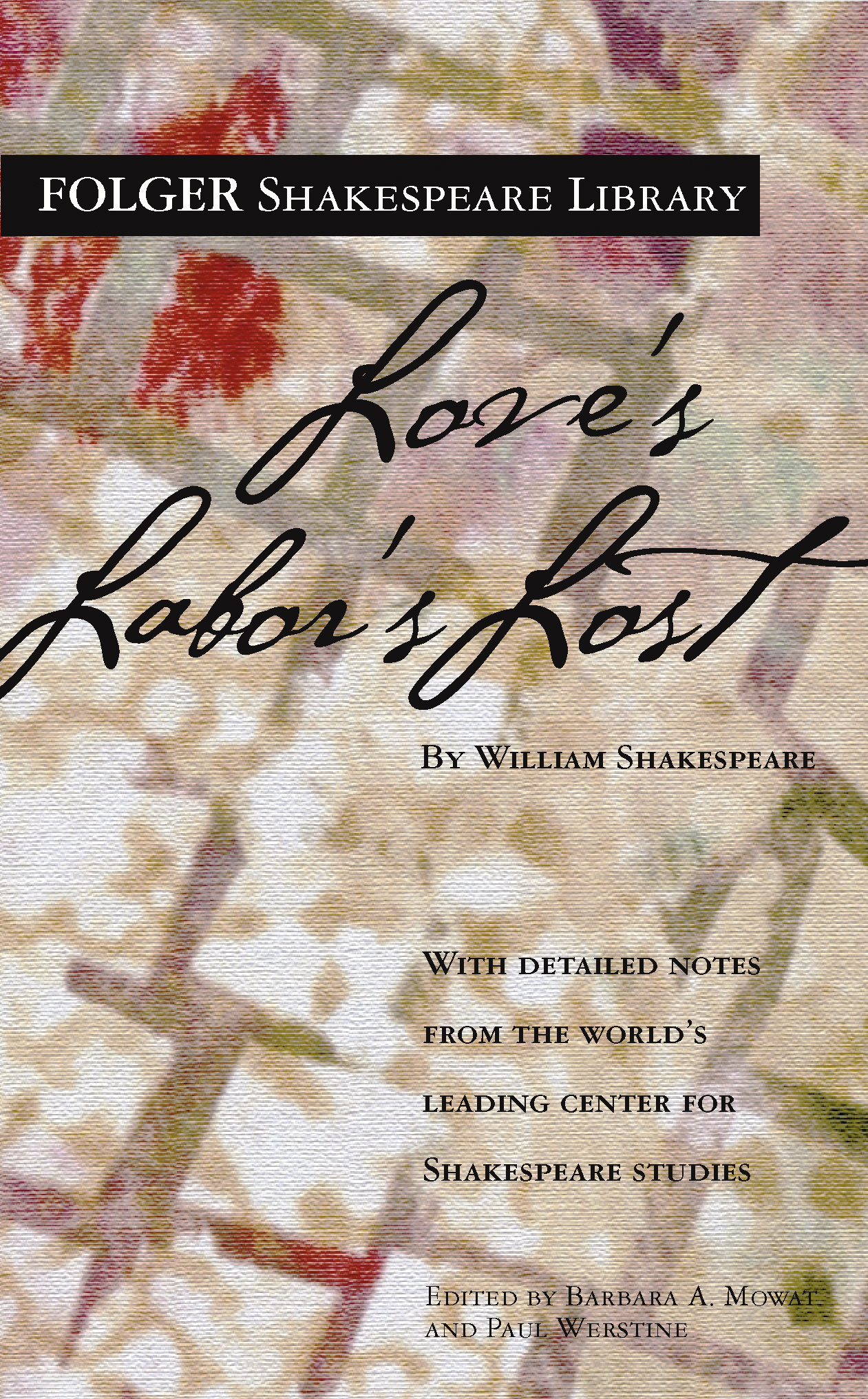 At first glance, Shakespeare’s early comedy Love’s Labor’s Lost simply entertains and amuses. Four young men (one of them a king) withdraw from the world for three years, taking an oath that they will have nothing to do with women. The King of Navarre soon learns, however, that the Princess of France and her ladies are about to arrive. Although he lodges them outside of his court, all four men fall in love with the ladies, abandoning their oaths and setting out to win their hands.

The laughter triggered by this story is augmented by subplots involving a braggart soldier, a clever page, illiterate servants, a parson, a schoolmaster, and a constable so dull that he is named Dull. Letters and poems are misdelivered, confessions are overheard, entertainments are presented, and language is played with, and misused, by the ignorant and learned alike.

At a deeper level, Love’s Labor’s Lost also teases the mind. The men begin with the premise that women either are seductresses or goddesses. The play soon makes it clear, however, that the reality of male-female relations is different. That women are not identical to men’s images of them is a common theme in Shakespeare’s plays. In Love’s Labor’s Lost it receives one of its most pressing examinations.

The authoritative edition of Love's Labor's Lost from The Folger Shakespeare Library, the trusted and widely used Shakespeare series for students and general readers, includes: