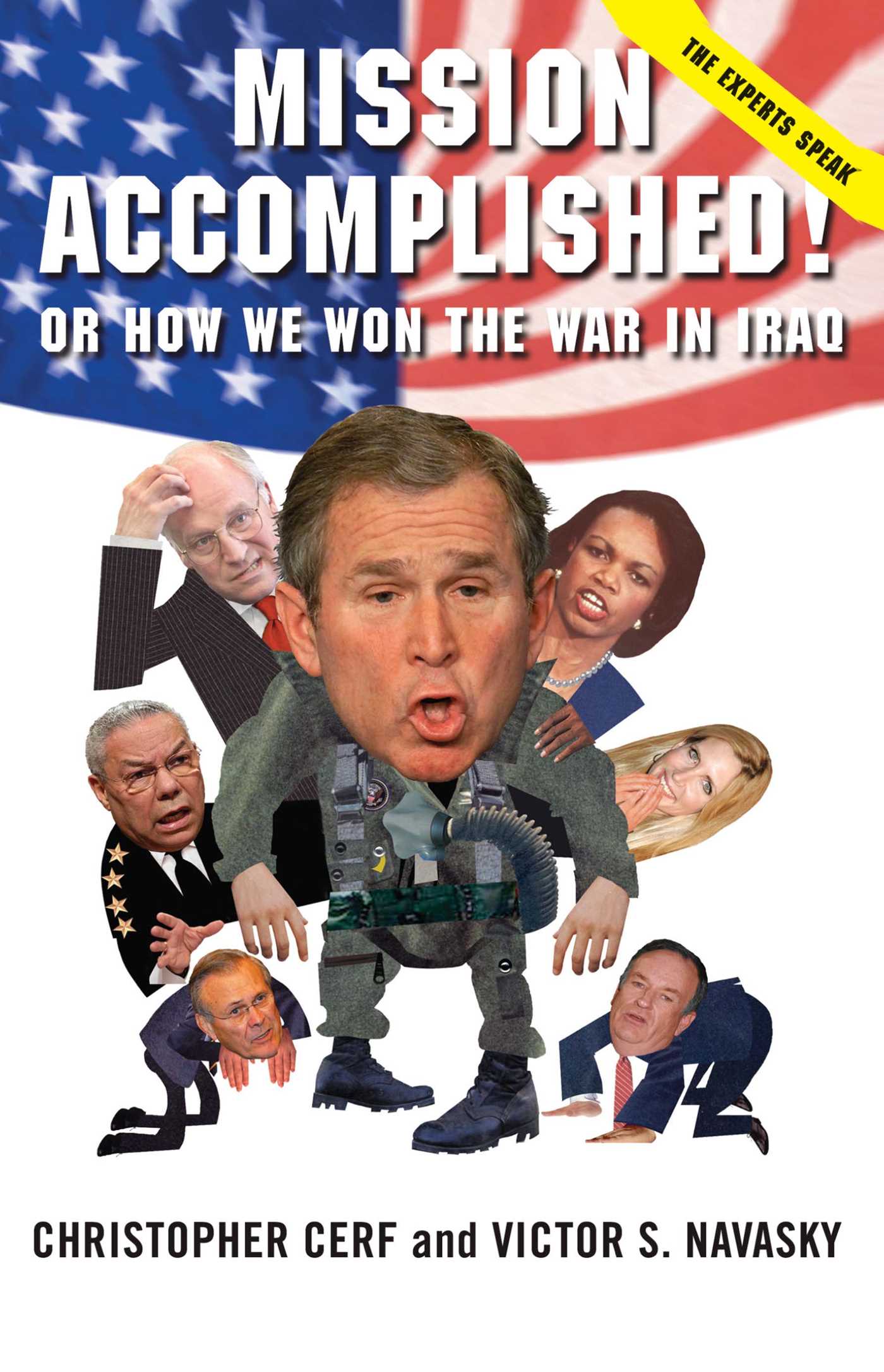 Mission Accomplished! Or How We Won the War in Iraq

Mission Accomplished! Or How We Won the War in Iraq is the definitive collection -- systematically categorized, indexed, and footnoted for your convenience -- of authoritative misinformation, disinformation, misunderstanding, miscalculation, egregious prognostication, boo-boos, and just plain lies, about the Iraq War.

"Never before has such a large and diverse group of experts been so unanimously in favor of a particular national policy as they were in the case of the U.S. invasion of Iraq," note Christopher Cerf and Victor Navasky, who, as co-founders of the Institute of Expertology, the nation's leading purveyor of expertise on expertise, were uniquely qualified to assemble this impressive collection. "In the face of such a consensus, we had no choice but to ask ourselves, 'Could the iron law of expertology -- the experts are never right -- be wrong?'"

At once an entertainment, a cautionary tale, a critique of mass media, a reference tool, and a postwar manifesto, Mission Accomplished! presents, as no book has before, the collective wisdom of all those who are presumed to know what they talking about on the subject of America's adventure in Iraq. As this hilarious, yet depressing, volume demonstrates, they don't.

"Major combat operations in Iraq have ended. In the battle of Iraq, the United States and our allies have prevailed."

"[Insurgents] pose no strategic threat to the United States or to the Coalition Forces."

"Military action will not last more than a week."

"I couldn't imagine somebody like Osama bin Laden understanding the joy of Hanukkah." 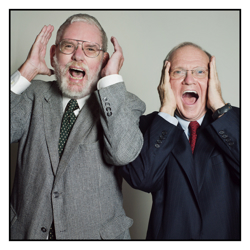 Christopher Cerf is an Emmy and Grammy award-winning author, composer, and producer. A charter contributing editor of the National Lampoon, Cerf has written more than 300 songs for Sesame Street and co-edited the celebrated newspaper parody Not The New York Times. 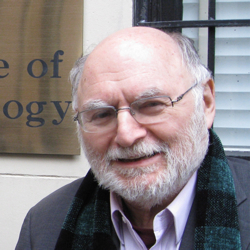 Victor S. Navasky is the publisher emeritus of The Nation and chairman of The Columbia Journalism Review. He is the author of the National Book Award-winner Naming Names and A Matter of Opinion. In 1984, with Mr. Cerf, he cofounded the Institute of Expertology.

"All the golden oldies are here, from the title of the book itself to Rumsfeld's "freedom is untidy" to Kenneth Adelman's prediction that the war would be a "walk in the park" to Cheney and McCain's prediction that the Iraqis would greet us as "liberators." Readers may wish to do Sudoku puzzles instead of wallowing in memories of Ari Fleischer and WMDs. But readers who opt for Mission Accomplished may find that it pins them to their, um, seats." -- Salon.com

"Having amassed an aircraft carrier's worth of lies about the lead-up to the invasion of Iraq, Christopher Cerf and Victor Navasky can now crow Mission Accomplished!. Indeed." -- Vanity Fair

"Almost 25 years after the amusing The Experts Speak: The Definitive Compendium of Authoritative Misinformation, Victor Navasky and Christopher Cerf have compiled its successor, Mission Accomplished! The new book, nicely illustrated by satirist Robert Grossman, hangs authorities of all vocations and ideological stripes with their words about slam dunks, cakewalks, willing coalitions, the war's cost, Jessica Lynch, Blackwater and much more." -- Washington Post Express

"Victor Navasky and Christopher Cerf's shrewd, lucid and tragically funny compilation of 'experts' offering their (erroneous, comically misguided, and even outright false) thoughts on the Iraq war...is sure to become one of the essential reads for those trying to remember how the Iraq fiasco came to be." -Huffington Post

Mission Accomplished! Or How We Won the War in Iraq