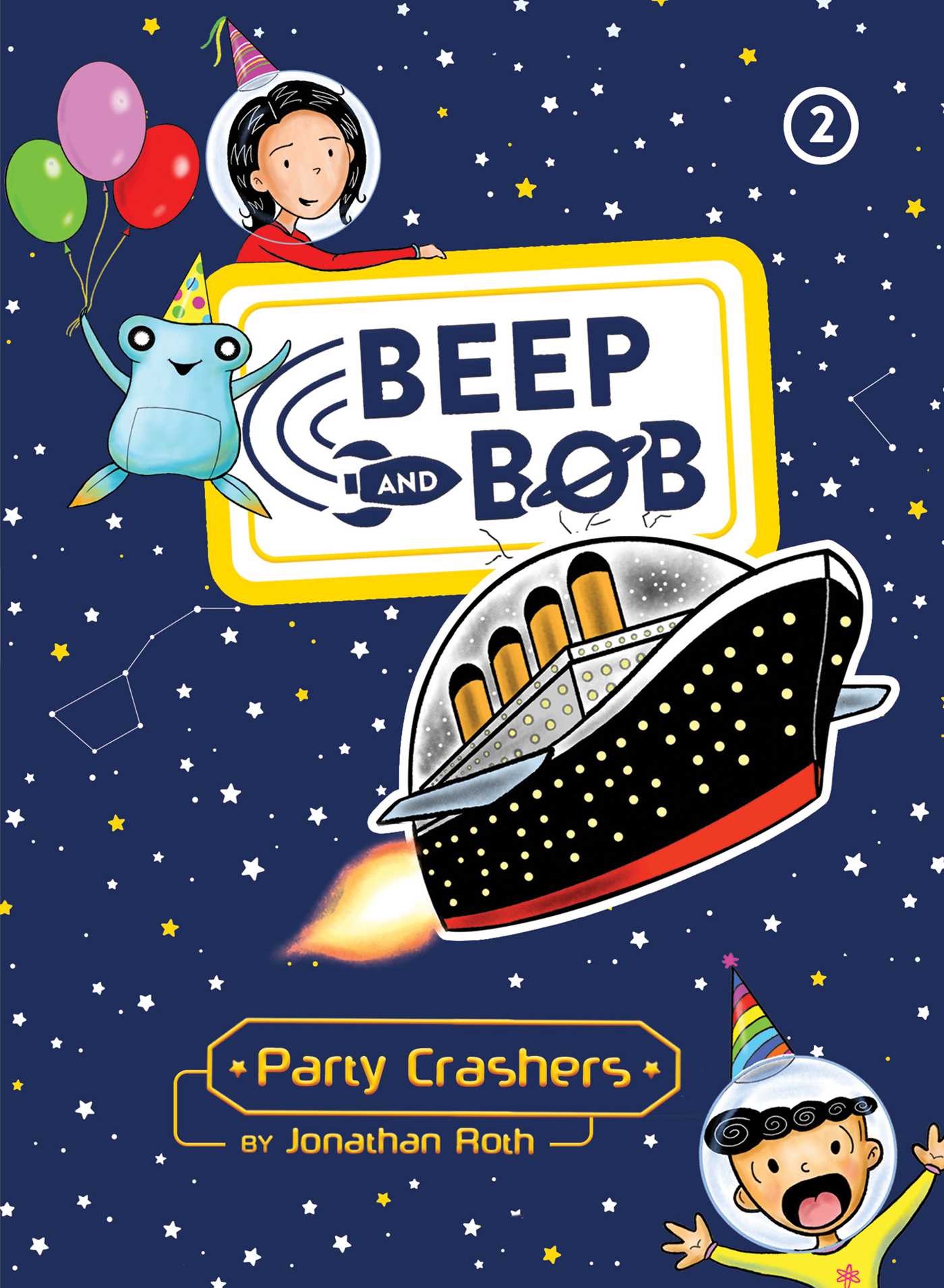 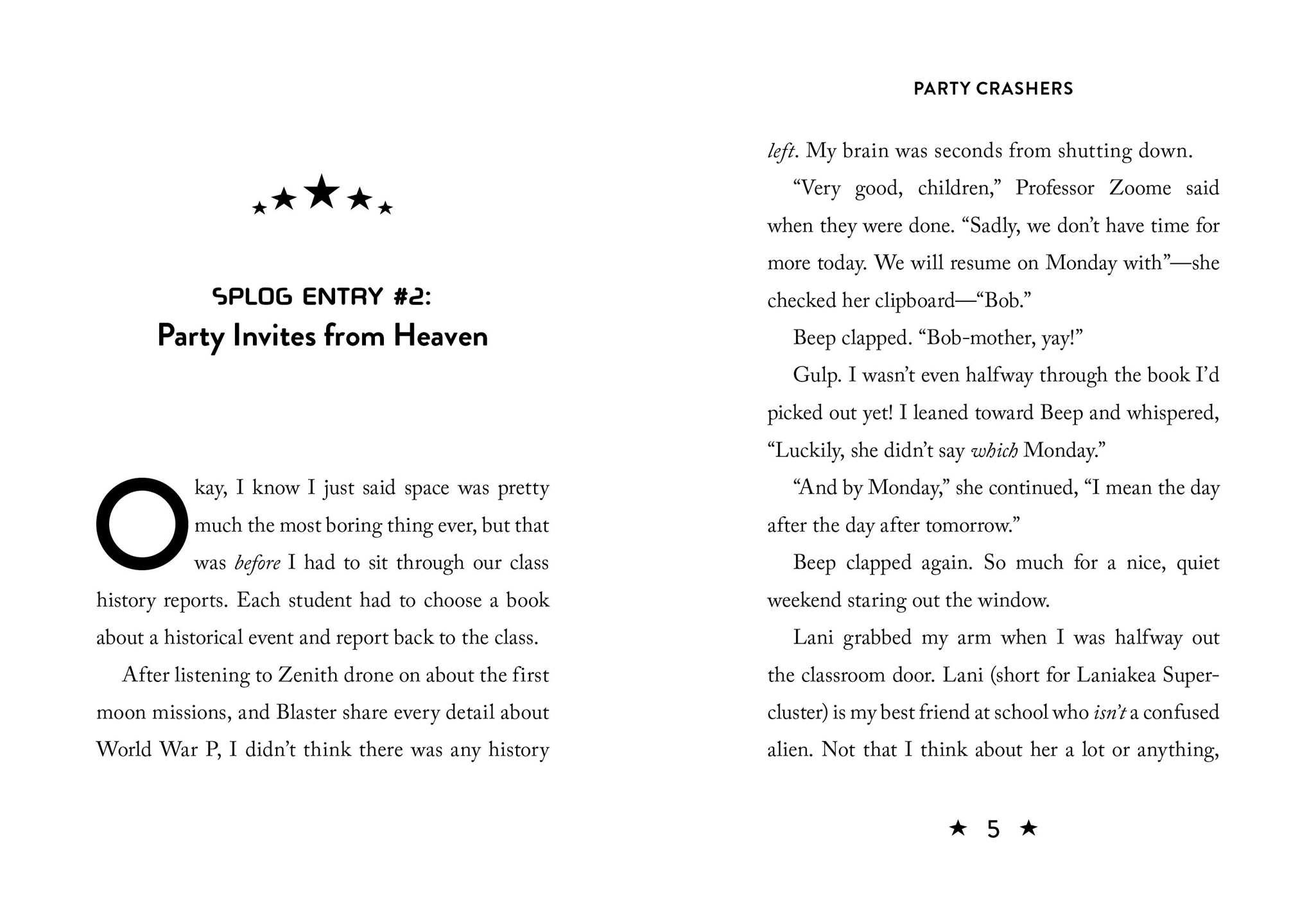 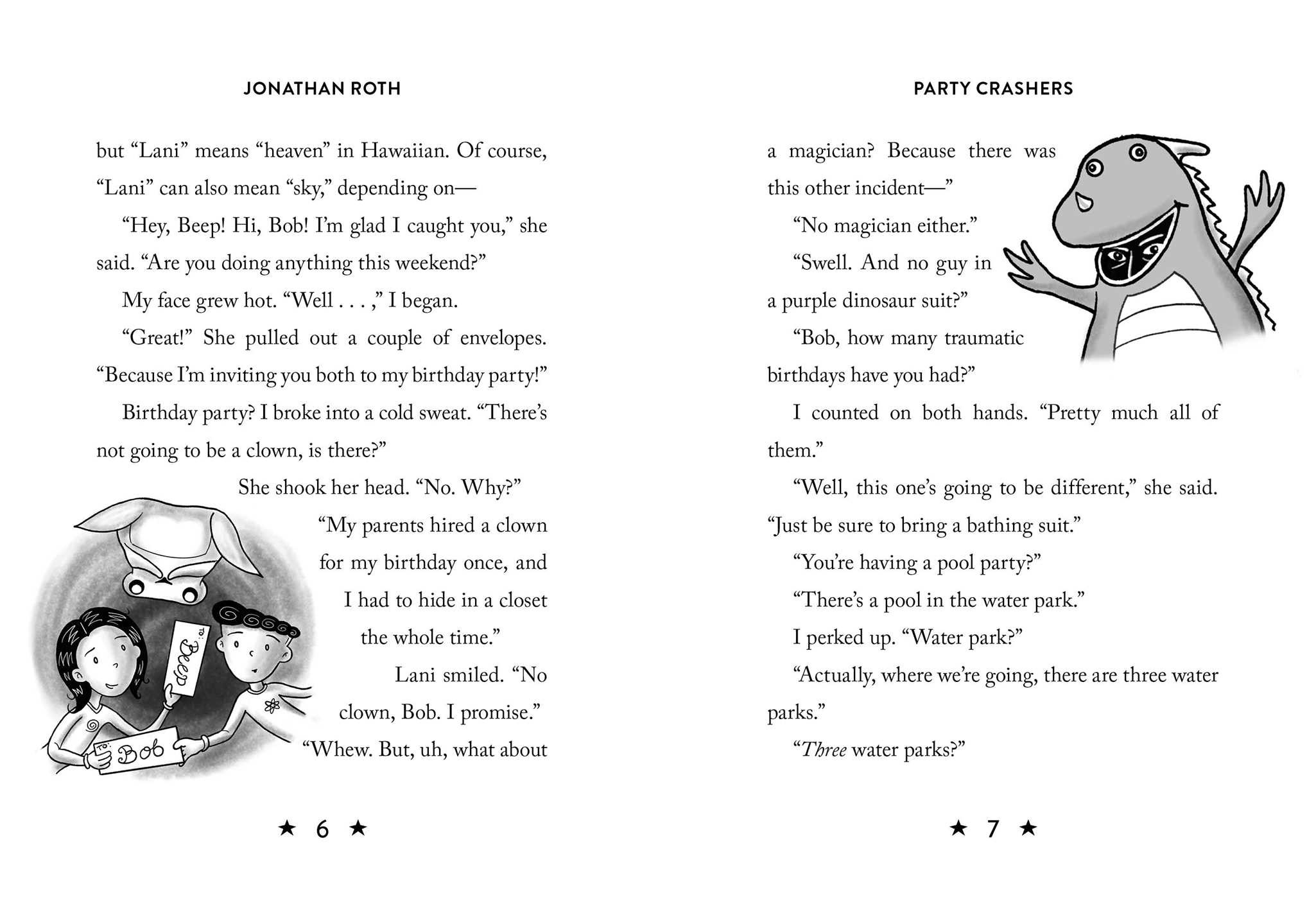 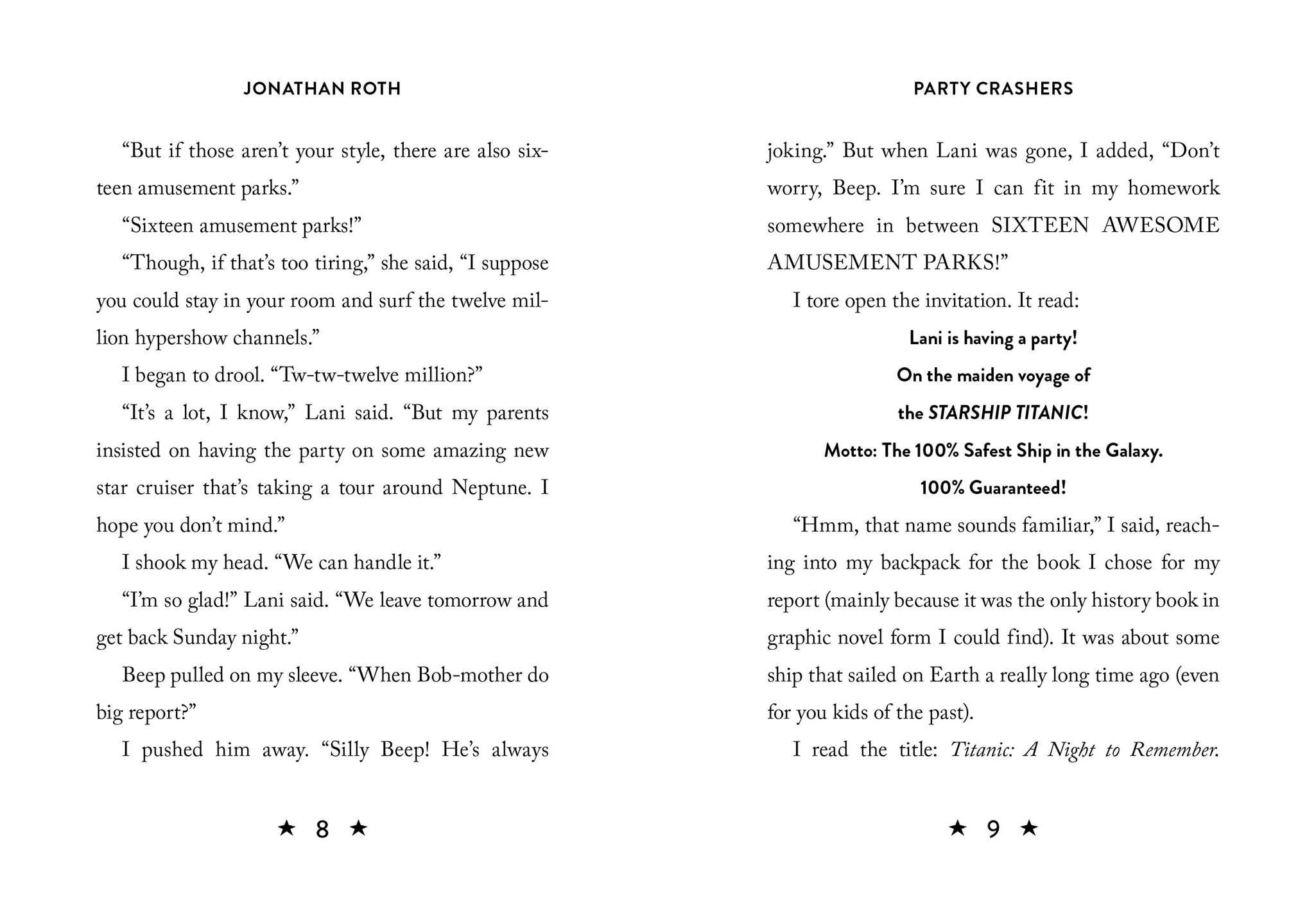 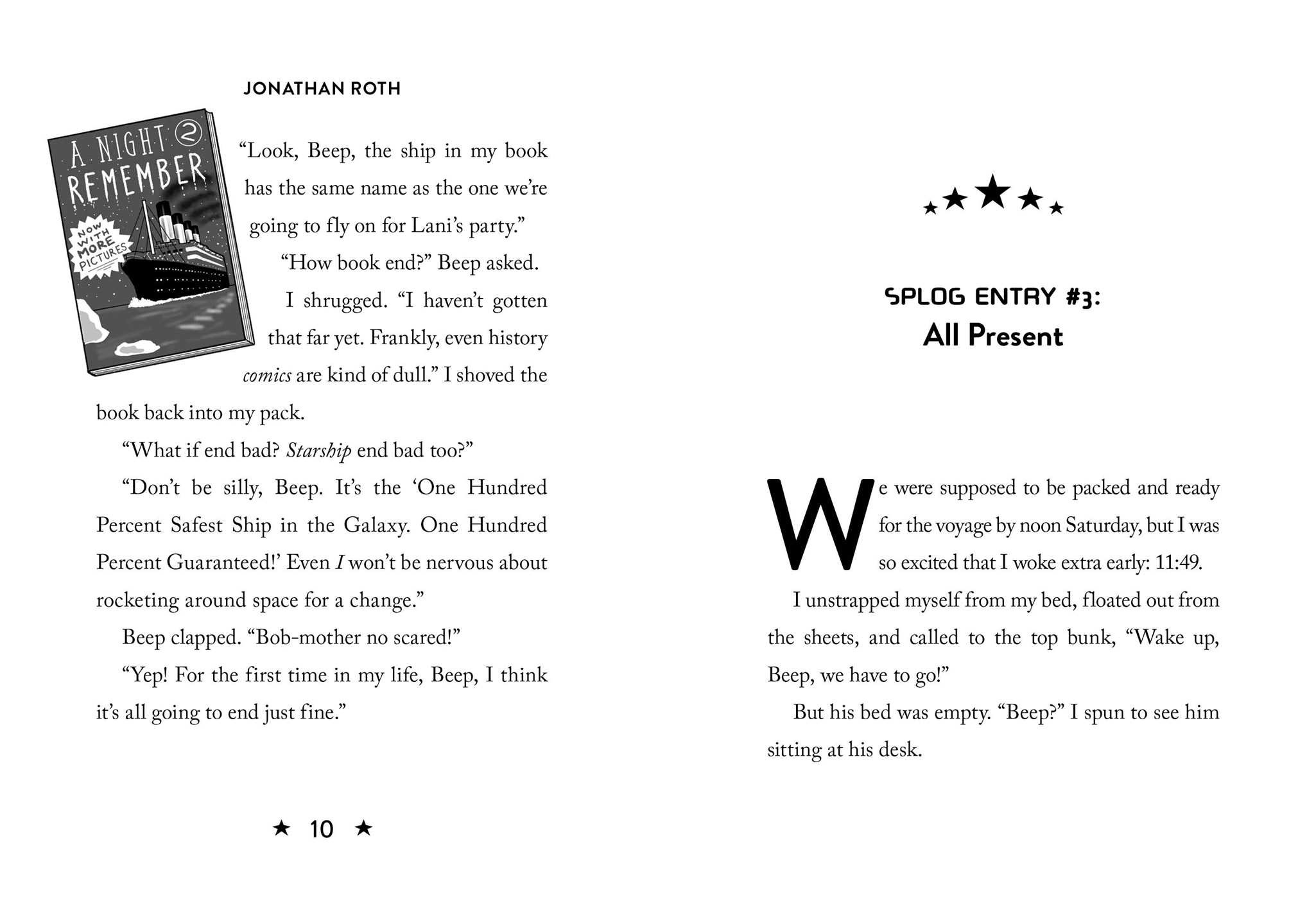 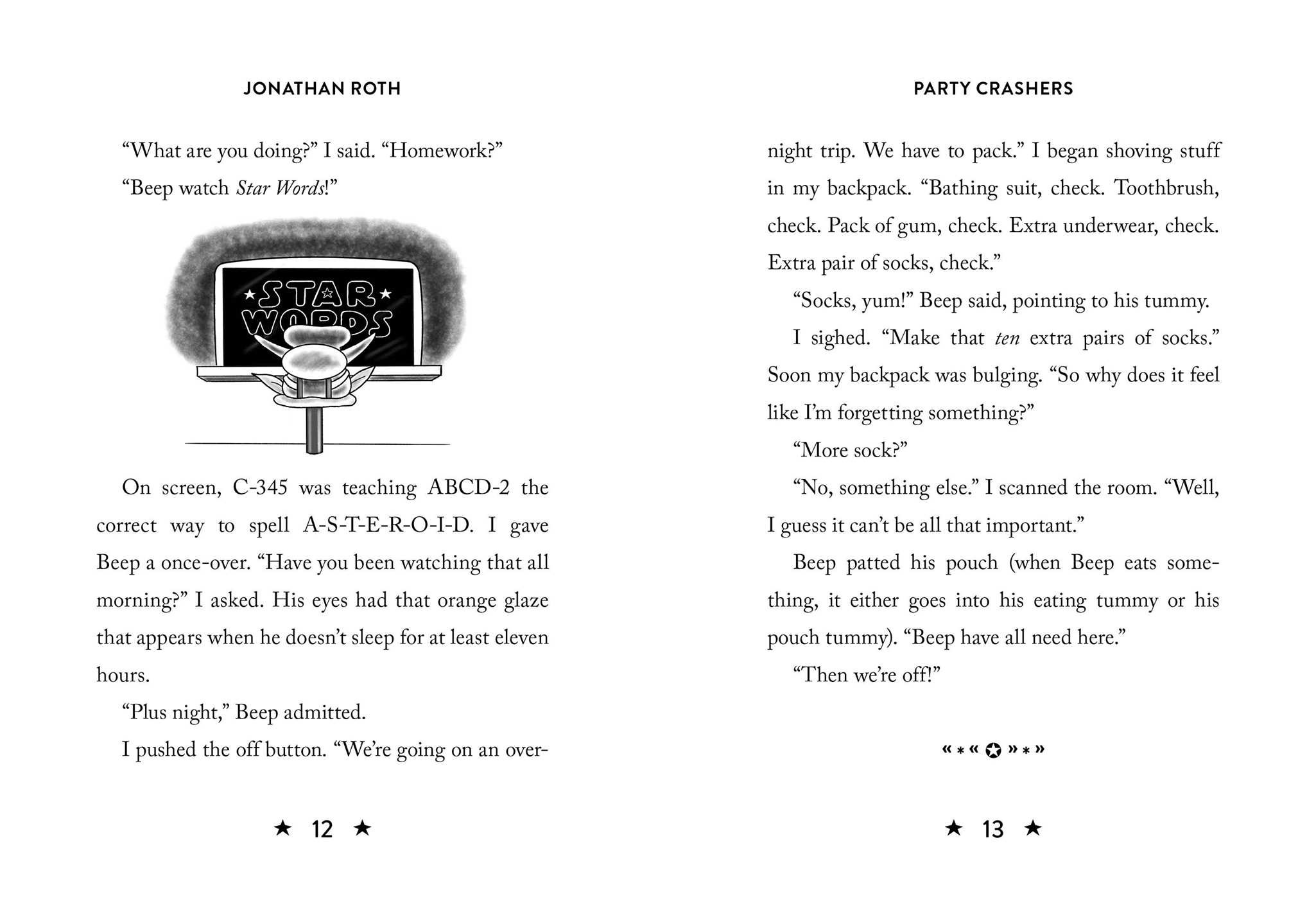 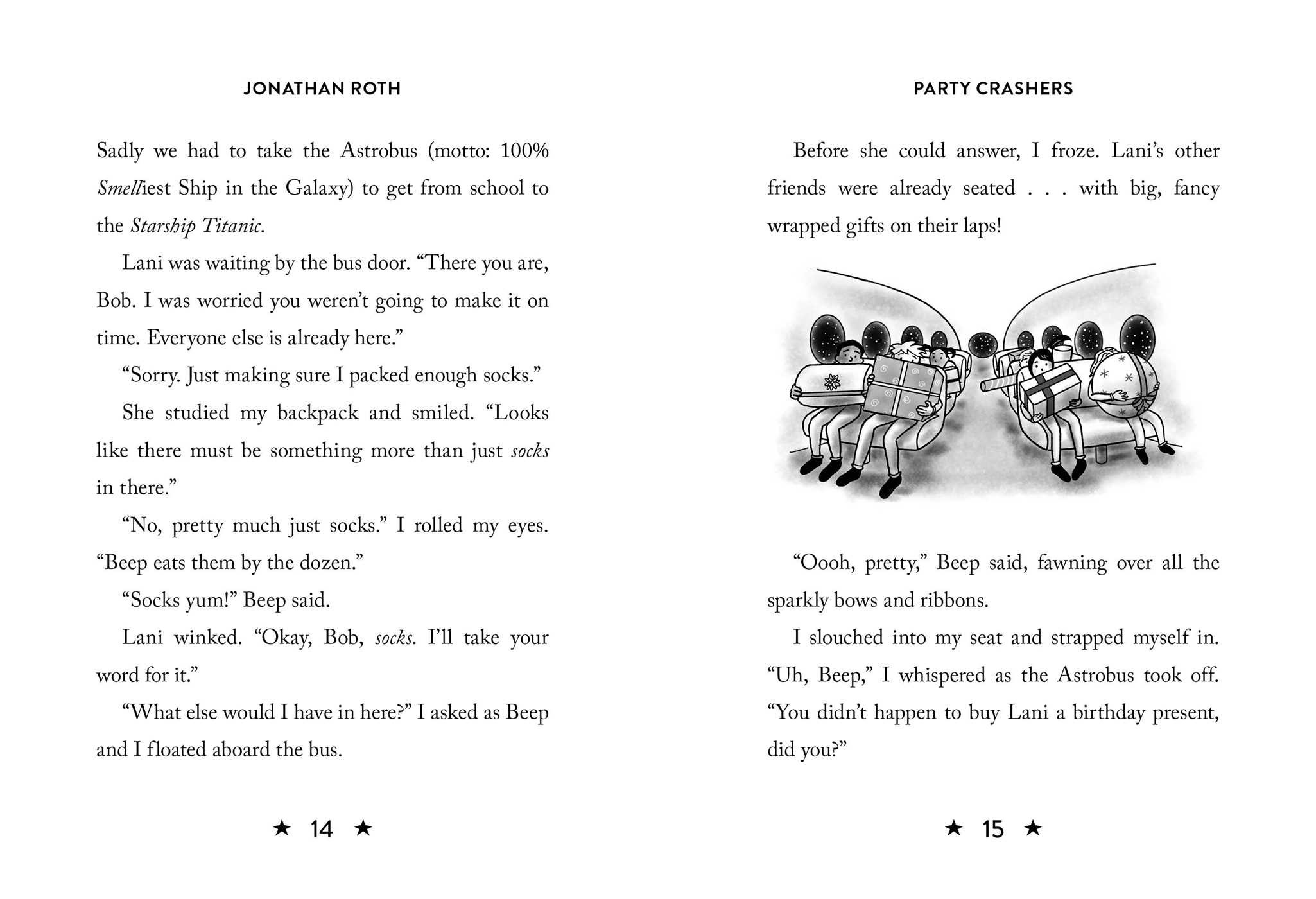 Beep and his best friend Bob get blamed for a robbery on a fancy spaceship in this second book in the hilarious, action-packed Beep and Bob series!

It’s Bob’s friend Lani’s birthday, and she's having her party on a super luxury space cruiser called the Starship Titanic, whose motto is “The 100% safest ship in the galaxy.” The Titanic boasts three water parks, sixteen amusement parks, and twelve-million hyper-show channels on TV! Beep and Bob pack their favorite swimsuits and their favorite TV watching gear.

When Beep and Bob arrive on the ship, however, they realize they forgot the most important item: a birthday gift for Lani. Not only that, but Lani’s parents are super rich and expect everyone to wear a suit to dinner (not the bathing suit that Bob wore by mistake). But that’s not their biggest problem. No, that happens when the lights dim and guests’ jewelry is stolen from right under their noses—and Beep and Bob get blamed for the crime!

Things go from bad to worse when Beep and Bob discover that their “indestuctable” ship is headed right for the ice rings of Neptune—and then starts plummeting toward the planet below! Can Beep and his squishy alien buddy save the Starship Titanic? Or will this be their last party ever?

SPLOG ENTRY #1: Star Bores
Dear Kids of the Past,

Hi. My name’s Bob and I live and go to school in space. That’s right, space. Pretty sporky, huh? I’m the new kid this year at Astro Elementary, the only school in orbit around one of the outer planets. There’s just one micro little problem:

I mean, sure, you can spend about two minutes staring out giant picture windows at the infinite wonders of the universe. But then what? We’re so far from Earth, the television reception is terrible. And the only channel that does come in well is—don’t say I didn’t warn you—educational.

Beep just said, “Beep like watch Star Words! Learn from robot ABCD-2!” Beep is a young alien who got separated from his 600 siblings when they were playing hide-and-seek in some asteroid field. Then he floated around space for a while, until he ended up here. Sad, huh?

You know what’s even sadder? I was the one who found him knocking on our space station’s air lock door and let him in. Now he thinks I’m his new mother! But since he also thinks Star Words is a good show (even though it’s for three-year-olds), you can tell he’s a little confused.

Beep is pretty good at drawing, so I let him do all the pictures for these space logs (splogs, as we call them) before sending them back in time for you to read. Just don’t hold me responsible if he only doodles his favorite Star Words alpha-bots.

More books in this series: Beep and Bob