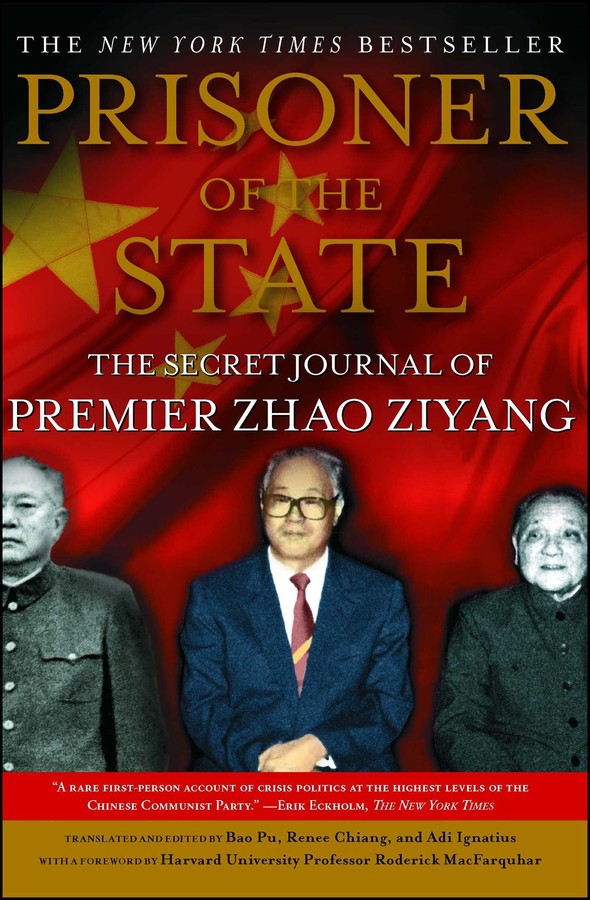 Prisoner of the State

Premier Zhao Ziyang reveals the secret workings of China's government behind the Tiananmen massacre—and why he was deposed for trying to stop it.

Prisoner of the State is the story of Premier Zhao Ziyang, the man who brought liberal change to China and who was dethroned at the height of the Tiananmen Square protests in 1989 for trying to stop the massacre. Zhao spent the last years of his life under house arrest. An occasional detail about his life would slip out, but scholars and citizens lamented that Zhao never had his final say.

But Zhao did produce a memoir, secretly recording on audio tapes the real story of what happened during modern China’s most critical moments. He provides intimate details about the Tiananmen crackdown, describes the ploys and double crosses used by China’s leaders, and exhorts China to adopt democracy in order to achieve long-term stability. His riveting, behind-the-scenes recollections form the basis of Prisoner of the State.

The China that Zhao portrays is not some long-lost dynasty. It is today’s China, where its leaders accept economic freedom but resist political change. Zhao might have steered China’s political system toward openness and tolerance had he survived. Although Zhao now speaks from the grave, his voice still has the moral power to make China sit up and listen.

ZHAO ZIYANG was the Premier of China from 1983 until 1987 when he became the General Secretary of the Communist Party of China, a position he held until 1989 when he was deposed and put under house arrest until his death in 2005.

“A rare first-person account of crisis politics at the highest levels of the Chinese Communist Party.”
—Erik Eckholm, The New York Times

“Until the appearance of this posthumous work, not a single voice of dissent had ever emerged from the [Chinese Communist] party’s inner circle . . . Fascinating.”
—The Economist

“Zhao speaks from beyond the grave . . . the up-close-and-personal tone [of the book] stands out. Scholars will mine Prisoner of the State for historical nuances.”
—Perry Link, coeditor of The Tiananmen Papers

“[T]his book will be of special importance to anyone interested in what happened during the spring of 1989, culminating in the Tiananmen killings of June 3 and 4.”
—Jonathan Mirsky, The New York Review of Books

Prisoner of the State