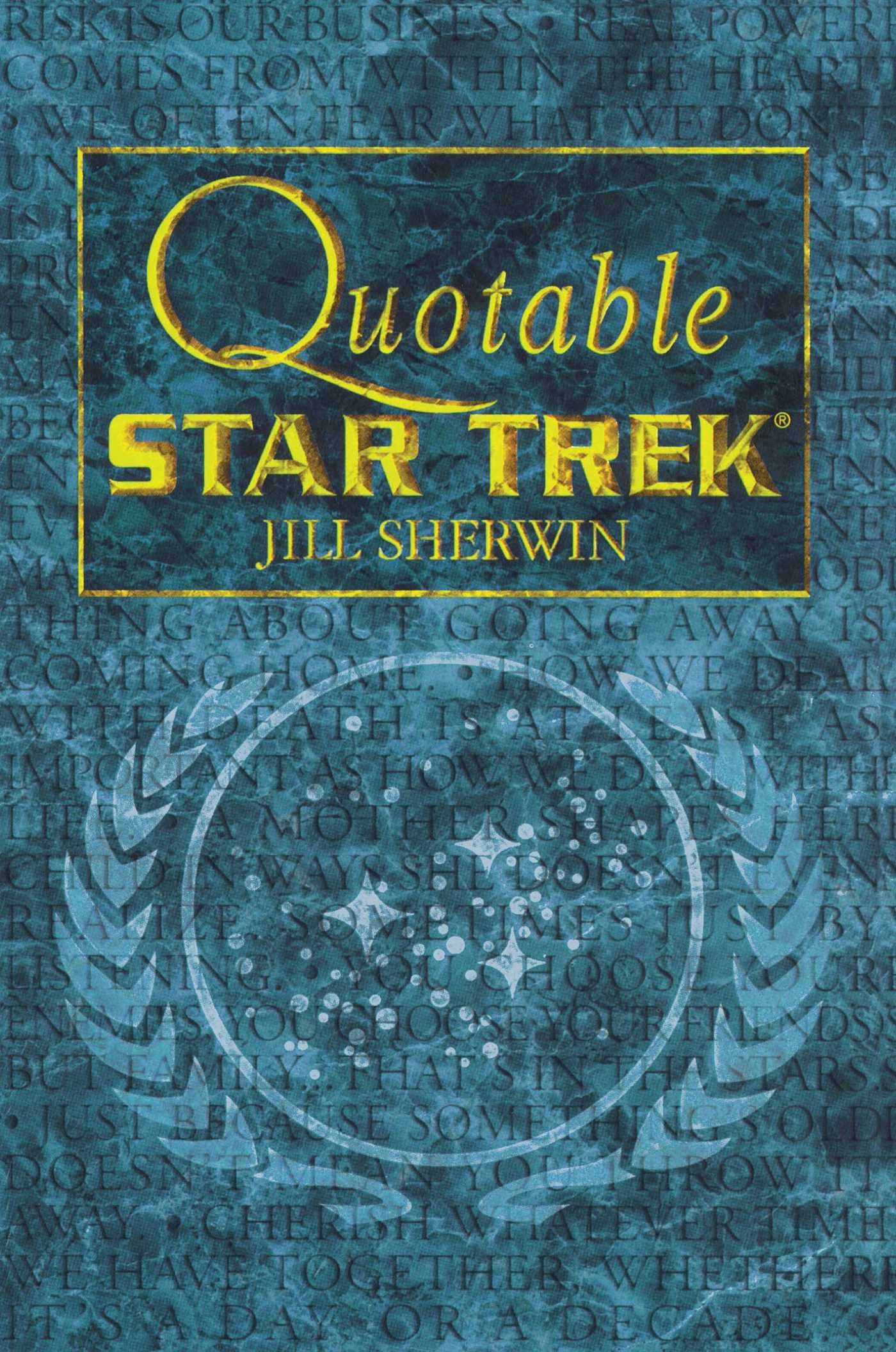 "...Good words. That's where ideas begin."
-- Dr. David Marcus to Admiral James T. Kirk, Star Trek® II: The Wrath of Khan
It makes us wonder. It makes us smile. But most of all, it makes us think.
More than any other single aspect, Star Trek is defined by the strength of its ideas. For decades this television and movie phenomenon has reached out to its audience, spanning generations and inspiring them not simply with the power of its voice, but with the meaning behind it.
Quotable Star Trek demonstrates the truly universal appeal of Gene Roddenberry's extraorinary creation. Words of wit, wisdom, and compelling insight applicable to everyday life from The Original Series, Star Trek: The Next Generation®, Star Trek: Deep Space Nine®, Star Trek Voyager®, and eight Star Trek motion pictures have been meticulously researched and collected in one volume. Intensely thought-provoking and thoroughly entertaining, Quotable Star Trek has something for everyone, and is a must-have resource for every devoted fan.