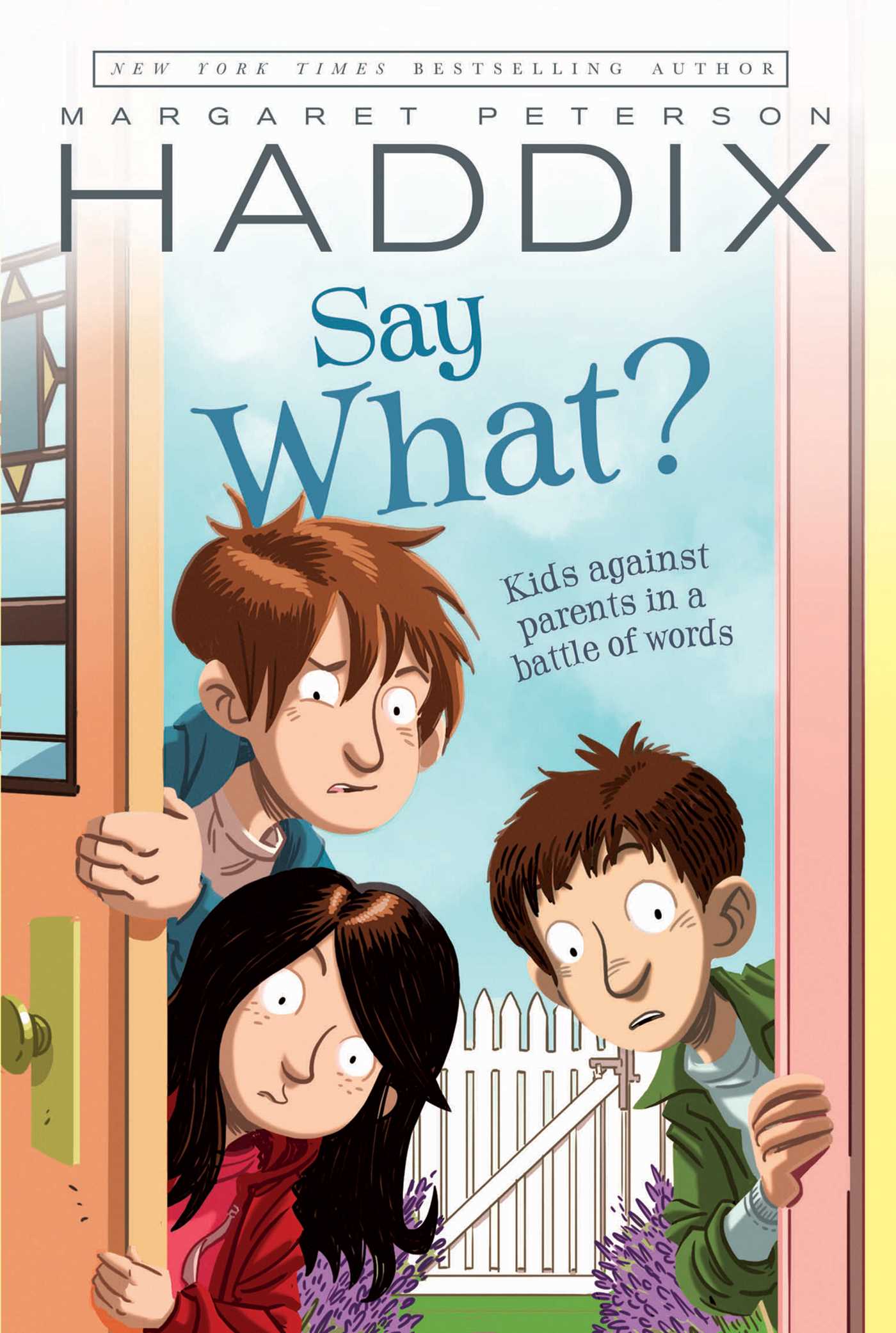 Sukie is worried -- her parents are acting strange. When she runs in the house, her dad asks, "If all your friends jumped off a bridge, would you jump off a bridge too?" When she eats peas with her fingers, Mom yells, "You'll put an eye out with that thing!"

What is going on? Have her parents been replaced by aliens? Are they robots with broken circuits? She and her older brothers decide to investigate. And what they discover leads to a kids-against-parents WAR!

Sukie Rose Robinson was running through the living room with a big plastic tub of glitter in each hand.

But Sukie wasn't trying to be bad. She was just in a hurry. She'd been making tissue-paper flowers in her room, and she'd thought of a cool way to put glitter on all the petals. She didn't have time to hunt up Mom or Dad and ask permission, or to move all her flowers to the kitchen. She had to get the glitter before she forgot her great idea --

Dad was walking from the kitchen to the family room, a coffee cup in his hand. His eyebrows went up when his eyes met Sukie's. Sukie tried to slow down, to make it look like she'd just been strolling along, no faster than a snail. She tried to hide the tubs of glitter behind her back, real fast. But her shoulders were bent forward, her legs were kicked straight out. It wasn't like she could just stop. She braced herself for the usual, "Sukie! How many times have we told you not to run in the house? And what's that in your hands?"

But instead, Dad frowned at her and said, "If all your friends jumped off a bridge, would you jump off a bridge too?"

Confused, Sukie skidded to a halt. The two tubs of glitter crashed into each other behind her back. Sukie tried to hold her hands steady, but the tubs tilted and the lids slipped off. The tops on the individual shakers of glitter inside the tubs must have been loose. Sukie looked over her shoulder and saw a whole waterfall of green and gold and red and purple and orange glitter streaming down to the carpet.

Sukie hunched over. Now Dad was really going to yell. "What do you think you're doing, young lady?" he was going to say. "Why do you have glitter in the living room? Do you know how long it's going to take you to clean that up?"

But Dad didn't yell. Not right away.

Sukie looked up at him, waiting.

Dad was taking a deep breath. Then he looked her straight in the eye and said, "Don't pick your nose. That's a gross habit."

And then he walked on, into the family room, sipping his coffee.

Sukie hadn't been picking her nose. Who would pick their nose with their hands full of glitter?

Sukie stared after Dad. She dropped the tubs of glitter, and even more spilled out on the carpet. Sukie stepped over it and peeked in at Dad in the family room. He was reading the newspaper and drinking his coffee, just like nothing had happened.

Sukie tiptoed back to the living room. She tugged and pulled and shoved the rocking chair over the pile of glitter on the carpet. Then she hid the glitter tubs under the couch. She didn't feel like making glitter-flowers anymore.

This was too weird. What was wrong with Dad?

"This breezy sitcom of a story is an easy read with lightly developed characters, funny situations, and brisk pacing. The large font and energetic black-and-white illustrations will be inviting to readers transitioning to chapter books."

"Lighthearted and humorous, this easy chapter book is made all the more appealing by Bernardin's comical black-and-white illustrations."

"The silliness of the surface faffes is undergirded by richer comedy: the grownups trying to parent by the book who are being undone by their savvy kids who have read the same book. While suitible for an early radalone chapter book, this is equally work sharing as a family."

"Humorous situations, familiar parent-speak applied at the funniest times, and a hilarious war of words add up to a pleasant family story for readers who are just ready for chapter books."