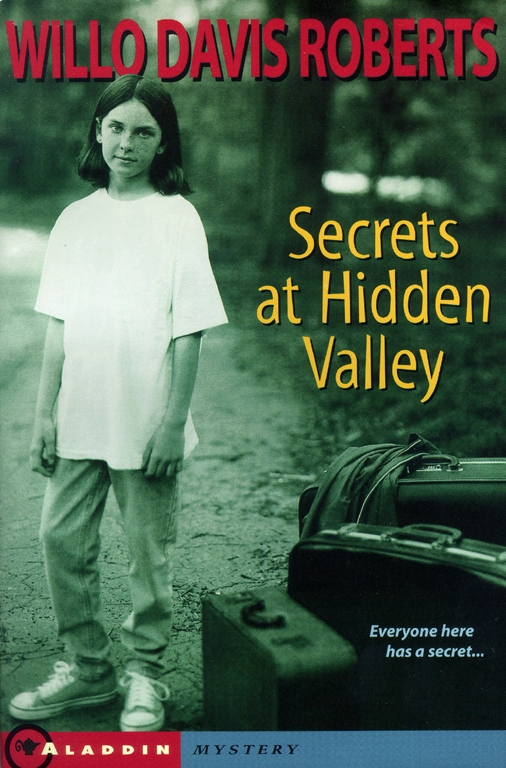 By Willo Davis Roberts
PRICE MAY VARY BY RETAILER

Secrets at Hidden Valley
As Steffi steps off the bus, the only thing she knows for sure is that this is the last place she wants to be. But she's stuck here, somewhere in northern Michigan, about to stay with a grandfather she's never met, just so her mother can shoot some bad movie. Until that wraps up, Steffi's got nowhere else to go.
But Hidden Valley, the trailer park her grandfather runs, is more intriguing than Steffi could have imagined. All the residents seem to be hiding some deep, dark secret, even her grandfather. Why else would they choose to live in the woods, so far from any town? And why else would they be so afraid of strangers? Steffi decides to investigate. But what she learns about the residents of Hidden Valley isn't half as surprising as what she discovers about herself along the way.

Willo Davis Roberts wrote many mystery and suspense novels for children during her long and illustrious career, including The Girl with the Silver Eyes, The View from the Cherry Tree, Twisted Summer, Megan’s Island, Baby-Sitting Is a Dangerous Job, Hostage, Scared Stiff, The Kidnappers, and Caught! Three of her children’s books won Edgar Awards, while others received great reviews and other accolades, including the Sunshine State Young Reader’s Award, the California Young Reader’s Medal, and the Georgia Children’s Book Award.

By Willo Davis Roberts
PRICE MAY VARY BY RETAILER

SEE ALL
See more by Willo Davis Roberts
Thank you for signing up, fellow book lover!