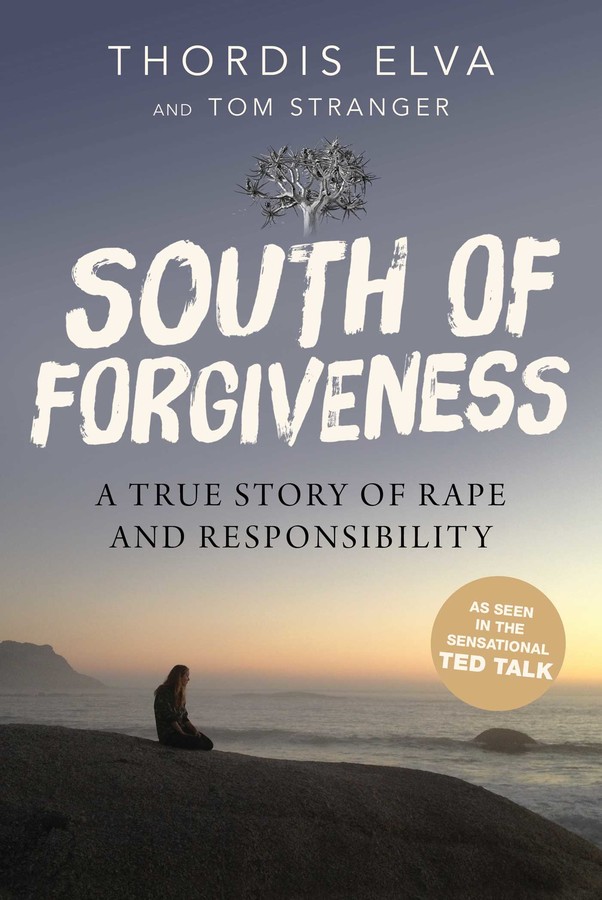 A True Story of Rape and Responsibility

By Elva Thordis and Stranger Tom
PRICE MAY VARY BY RETAILER

One ordinary spring morning in Reykjavik, Iceland, Thordis Elva kisses her son and partner goodbye before boarding a plane to do a remarkable thing: fly seven thousand miles to South Africa to confront the man who raped her when she was just sixteen. Meanwhile, in Sydney, Australia, Tom Stranger nervously embarks on an equally life-changing journey to meet Thordis, wondering whether he is worthy of this milestone. After exchanging hundreds of searingly honest emails over eight years, Thordis and Tom decided it was time to speak face to face. Coming from opposite sides of the globe, they meet in the middle, in Cape Town, South Africa, a country that is no stranger to violence and the healing power of forgiveness. South of Forgiveness is an unprecedented collaboration between a survivor and a perpetrator, each equally committed to exploring the darkest moment of their lives. It is a true story about being bent but not broken, facing fear with courage, and finding hope even in the most wounded of places. Personable, accessible, and compelling, South of Forgiveness is an intense and refreshing look at a gendered violence, rape culture, personal responsibility, and the effect that patriarchal cultures have on both men and women.

Thordis Elva is known to Icelanders as a writer, journalist, public speaker and Woman of the Year 2015. Her book about gender-based violence, Á mannamáli (The Plain Truth) was one of the most awarded Icelandic books of 2009. Together with Tom Strager, she held a TEDWomen’s talk in San Franscisco that has over a millions views online. She currently resides in Stockholm, Sweden with her partner Vidir and their son.

Outdoor recreation has been both a professional direction and personal theme for Tom Stranger. He enjoys numerous outdoor activities that allow for an uncompetitive but visceral interaction with the natural world. After a history of working in outdoor recreation his focus shifted towards working with young people with complex needs-drug and alcohol rehabilitation, homelessness, neurological impairment and mental health challenges. Building upon his BA of Social Science, Tom has recently completed and thoroughly enjoyed a Master of Cultural Studies at the University of Sydney. His personal history, professional experiences working in Community Services, and tertiary studies, have seen his interests narrow upon the heightened public discourse surrounding gender based violence. He’s currently working as a landscape gardener and residing by the harbor waters of Sydney with his dear wife Cat.

"I like her thinking; she wanted to burden him the way he burdened her. Not many people could do that . . . The fact that she was able to communicate with him at all is astounding."--Gayle King, CBS This Morning

“An earnest account of a real-life episode of sexual violence and its aftermath.”--Marie Clare

“The essence of their cause: removing the burden and shame of rape and sexual violence from victim’s shoulders and placing it squarely onto the shoulders of those who commit it the most.”—The Huffington Post

“[Thordis] makes us reconsider how to approach the worst moments of our lives . . . there’s no denying the strength she must have . . .”—Elite Daily, ‘6 Books That Will Change The Way You See The World When You Need It Most’

“Extraordinarily moving … Hats off to Elva and Stranger for a brave journey that might well change lives.”—The Sunday Times

“What saves South of Forgiveness from being a book-length rehashing of old hurts interspersed with worthy sentiments about forgiveness, is the blossoming of Elva and Stranger’s personal quest into something larger. As they pick apart the whys of Stranger’s actions (while never for a moment excusing them), they have some important insights about the way our culture can lead young men to feel a dangerous sense of entitlement over women’s bodies . . . Some will find the idea of a rapist educating people about rape absurd and offensive . . . But the same things that make [Tom's] venture fraught might make it actually work . . . [A] genuine, wholehearted attempt to change the conversation around rape.”—Sydney Morning Herald

"A profoundly moving, open chested, and critical book. An exploration into sexual violence and self-knowledge that can only shine a healing light into the shrouded corners of our universal humanity. There is a disarming power in these pages that has the potential to change our language, shift our divisions, and invite us to be brave in discussing this pressing, global issue."—Pat Mitchell, Chair of the Sundance Institute and Women's Media Center, and first woman president and CEO of the PBS

"Every man, woman and couple should read this book. And the woman and man that wrote it ought to be garlanded with medals. It’s an unprecedented achievement."—Sandi Toksvig, The TED speaker and beloved UK television show host, president of the Women of the Year Lunch and joint founder of the Women's Equality Party

"Written with sensitivity, courage and compassion, this book is a shared, outer and inner journey of recovery . In this intimate account of that journey, the story draws attention to one of the most overlooked perspectives regarding the act and meaning of rape: the shame of rape, harboured by the victim, belongs in fact to the perpetrator. Without any leanings toward self-indulgence, it is a deeply honest exploration of the dynamics of forgiveness and personal transformation. I felt as if I was with them (and their loved ones) on their journey. I will remember it and recommend it for a long time to come."—Ian McCallum – psychiatrist, environmentalist, writer and poet.

"This is a remarkable story an amazingly brave and unusual path they have taken. Thordis and Tom take daring steps into the minefield of the most fragile issues of our times, by confronting the stigma of victim and perpetrator they give us valuable insight into the darker corners of our existence. Thordis and Tom lead us through a remarkable journey of reconciliation, they confront the stigma of victim and perpetrator and address issues need to discuss, not only from the survivors side, but what mindset and culture fosters men that do harm. A book that confronts the stigma of victim and perpetrator, a nuanced path trough the minefield of sexual violence, how to confront and speak about these issues is one of the greatest challenges of our time."—Andri Snær Magnason, author and Presidential Candidate of Iceland

"An incredible achievement. Everyone could benefit from reading this book. I’m certainly richer as a result of having done so. Absolutely recommended."—Arni Arnason, musician in The Vaccines

“South of Forgiveness reads like group therapy: deep pain is unearthed and examined like a jewel beneath a light. Crucially, Elva has the humility to claim she has the same capacity for darkness as Stranger, yet the privilege and power he is afforded as a man means he is more inclined to commit violence … By owning the label ‘‘rapist’’ and exploring his motivations, Stranger allows the mythical perpetrator to be demystified. The monstrous shadow is given meek human form, allowing men’s actions, not women’s, to be interrogated. And through her informed analysis of gender inequality, Elva reveals the social mechanisms that create male sexual entitlement.”—Weekend Australian

A True Story of Rape and Responsibility

By Elva Thordis and Stranger Tom
PRICE MAY VARY BY RETAILER