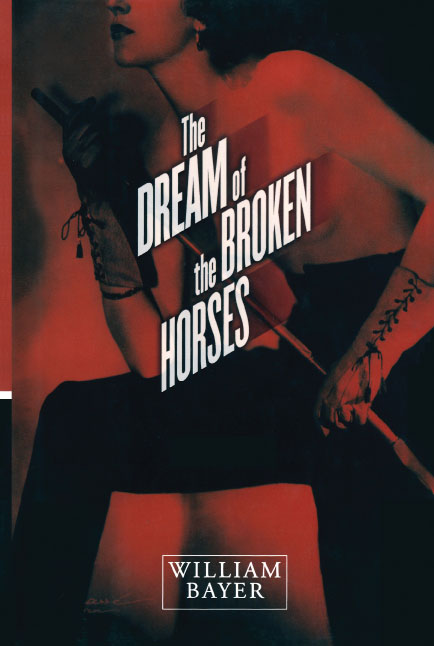 The Dream of the Broken Horses

By William Bayer
PRICE MAY VARY BY RETAILER

New York Times bestselling author William Bayer, described by Robert B. Parker as "a first-rate master of heart-pounding suspense," returns with this breathtaking, multilayered new tale of a twenty-five-year-old society murder and the many long shadows it still casts.

A man and a woman are making love....

One hot summer afternoon a quarter century ago, a wealthy socialite and her young lover, a private-school teacher, were gunned down in a cheap motel room on the outskirts of the Midwestern city of Calista. Now, forensic sketch artist David Weiss has returned to his hometown to cover a routine celebrity murder trial for ABC. For someone who has earned a reputation for cracking high-profile cases with his portraits of suspects based on eyewitness accounts, churning out courtroom sketches is merely pedestrian work. But Calista holds other attractions for David. First there are the welcome attentions of CNN reporter Pam Wells. Then there's the notoriously unsolved double murder at the Flamingo Court motel that has haunted him since boyhood.

Like his psychoanalyst father before him, David becomes obsessed with one of the Flamingo victims, Barbara Fulraine -- who was as fascinating as she was enigmatic -- and with the bizarre circle of friends, gangsters, columnists, and lovers who surrounded her. David's father believed that if he could unlock Barbara's troubling, recurring nightmare -- which she called "the dream of the broken horses" -- his solution would mark a watershed in his career. Now David, armed with old news clippings and police interviews, as well as an extraordinary psychological case study of Mrs. Fulraine recently discovered among his deceased father's effects, seeks to use his highly honed professional skills to reassemble the face of her killer. But with each eyewitness interview and each fresh stroke of his pencil, David finds himself being hurled down a path of ever-darkening mystery, obsession, and dread.

One of our most elegant and commanding writers of psycho-erotic suspense, William Bayer has crafted a riveting, sharp-edged psychological thriller, perhaps his finest, most compelling work to date.

A man and a woman are making love...

A hot August afternoon. A man and a woman are making love in a motel room. The humidity is high, the sheets damp. Venetian blinds cut the light, coating the glistening naked bodies of the lovers with stripes.

A fan spins on the dresser. A ribbon attached to its shield streams out. The room resounds with the noises of the lovers, their short, hard breaths and gasps. Outside the sounds of traffic and the faint din of the amusement park across the road.

The motel room is generic -- dresser with TV set, queen-size bed, easy chair, worn beige rug. On the wall above the bed, a framed print of ice skaters, bundled in coats and scarves, gliding gracefully across a frozen pond before a steepled church.

On the wall parallel to the bed there's a large mirror in which the lovers occasionally glance at themselves as they move.

The man is lying on his back. The woman sits upon him. They move slowly, sensually, eyes locked, faint smiles upon their lips.

The woman is in her mid-thirties, the man younger, perhaps twenty-seven or twenty-eight. His hair is sandy, his lean body smooth. The woman's hair is dark and wavy. She is tall, tanned, with well-turned legs, the legs of an athlete, a tennis player.

Their wristwatches lie together beside the phone; their clothing is heaped upon the chair.

Afterwards they cling to one another, unwilling to break the seal of sweat. The man closes his eyes, dozes off while the woman turns to the mirror and stares at herself, seeking to discover whether their lovemaking has changed her appearance in any way.

The sky outside quickly darkens. Then a sudden summer shower. A bolt of lightning followed by a crack of thunder jars them from their reverie.

"That was close. Sounded like it hit the lake," the man mutters.

The woman's nervous. "It's getting dangerous now," she whispers. "I know he suspects. He's violent, too. At first I liked that about him. It made him interesting. My husband was just the opposite." She tightens her lips to show her contempt. "I'm afraid now of what he'll do when he finds out. And he will find out. I'm sure of it. Soon. Very soon, I think."

The man nods. He's heard this kind of talk before and doesn't know what to make of it. The woman lying beside him, this woman whom he adores -- she's wealthy, divorced, free, can do whatever she likes. And if she's been involved with some kind of gangster, then, it seems to him, all she has to do is cut it off. He doesn't understand all this talk about "what he'll do when he finds out." But she seems to like talking about it. This "danger" she speaks of -- it seems to make her hot.

Feeling her heat now, he kisses her, strokes her thighs, whispers: "Yes, I know...it's getting dangerous."

She responds with soft moans of pleasure.

Again they make love, this time even more slowly than before, with him quivering beneath, responding to her every subtle move.

They carry on like this for a long while. He loses track of time. The rain stops. The sky brightens. The strong afternoon light, entering the room through the blinds, again coats their bare bodies with stripes.

"Look! We're zebras!" he says, pointing at their image in the mirror.

She smiles. "Yes, love-making zebras," she whispers. "How do you like being humped by a zebra?" She touches one of the stripes on his neck. "Or would you rather be taken by a lioness?" She makes a catlike sound, then rakes her nails across his chest. She wags her tongue. "Or a slurpy puppy? You'd like that, wouldn't you? I know you would. I know how much you like being licked...."

He revels in her antics. He can't believe that this is happening to him, that he's with this extraordinary woman, that they meet like this, make love like this, that she, with her beauty and wealth and social position, seems truly to love him despite the fact he's just a schoolmaster, new in town and virtually penniless. And she does love him. He's certain of it. And still he can't believe it.

She bends to lie down upon him, then whispers directly into his ear. "I love it that we meet here. This slovenly place, so anonymous. Just think of all the couples who've shagged themselves to heaven in here. I love leaving here reeking of you. That's why I don't shower afterwards. I like driving off with the smell of you on me. Then back home, stripping off my clothes, sniffing your essence again before I shower. Then maybe going off to a cocktail party where my friends ask me what I'm up to these days, why the glow upon my face, why I no longer spend afternoons playing tennis at the club. Then back home, lying in bed, thinking of you again as I fall off to sleep. Your hands on my flanks. My head between your legs. Licking you. Tasting you. Feeling you grow hard and throb and come inside my mouth...."

Just hearing her whisper dirty to him like this as she pumps herself against him spins him into a whirlpool of desire. He's on the edge of climax. He can barely restrain himself...and yet he does.

They stop moving, become still, close their eyes, then begin to move again, this time even more tormentingly slow. Together they enter a state of heightened bliss wherein even the slightest movement sends powerful currents of yearning through their bodies, waves of longing and lust.

Suddenly the door is thrust open. A cone of blinding light slashes across the room. They turn together, see a dark figure dressed in a black coat and fedora silhouetted in the doorway against the powerful blast of the summer sun.

A moment of utter stillness as the three of them freeze -- man and woman naked on the bed, poised figure in the doorway devouring the couple with his eyes.

Time expands. The moment is prolonged. The woman, feeling danger, recoils. The man grasps hold of her in an effort to protect. The figure in the doorway, empowered by their fear, raises something dark and long from beneath his coat. Then the double detonation, the explosions as two quick, loud reports fill the room, then, after a moment, two more. The walls recoil at the shock as the lovers, their faultless young flesh suddenly penetrated by hundreds of tiny steel balls, are hurled back against the headboard of their bed.

Their bodies spasm without control. Dark ruby-red blood sprays like geysers from their wounds.

The echo fades. The lovers, bodies tangled, cease writhing and lie still. The figure in the doorway lowers his gun, sniffs at the room, which smells now of gunpowder, bowels, and blood. His eyes take in what he has wrought. For a moment they feast upon the carnage, illuminated as if by a spotlight by the rays of sunlight breaking through the door. There is, he recognizes, a terrible beauty before him, the beauty of young bodies freshly torn by death. After a moment, he pulls his hat down to his eyes, gathers his dark coat about his frame, turns, and leaves.

The Dream of the Broken Horses

By William Bayer
PRICE MAY VARY BY RETAILER