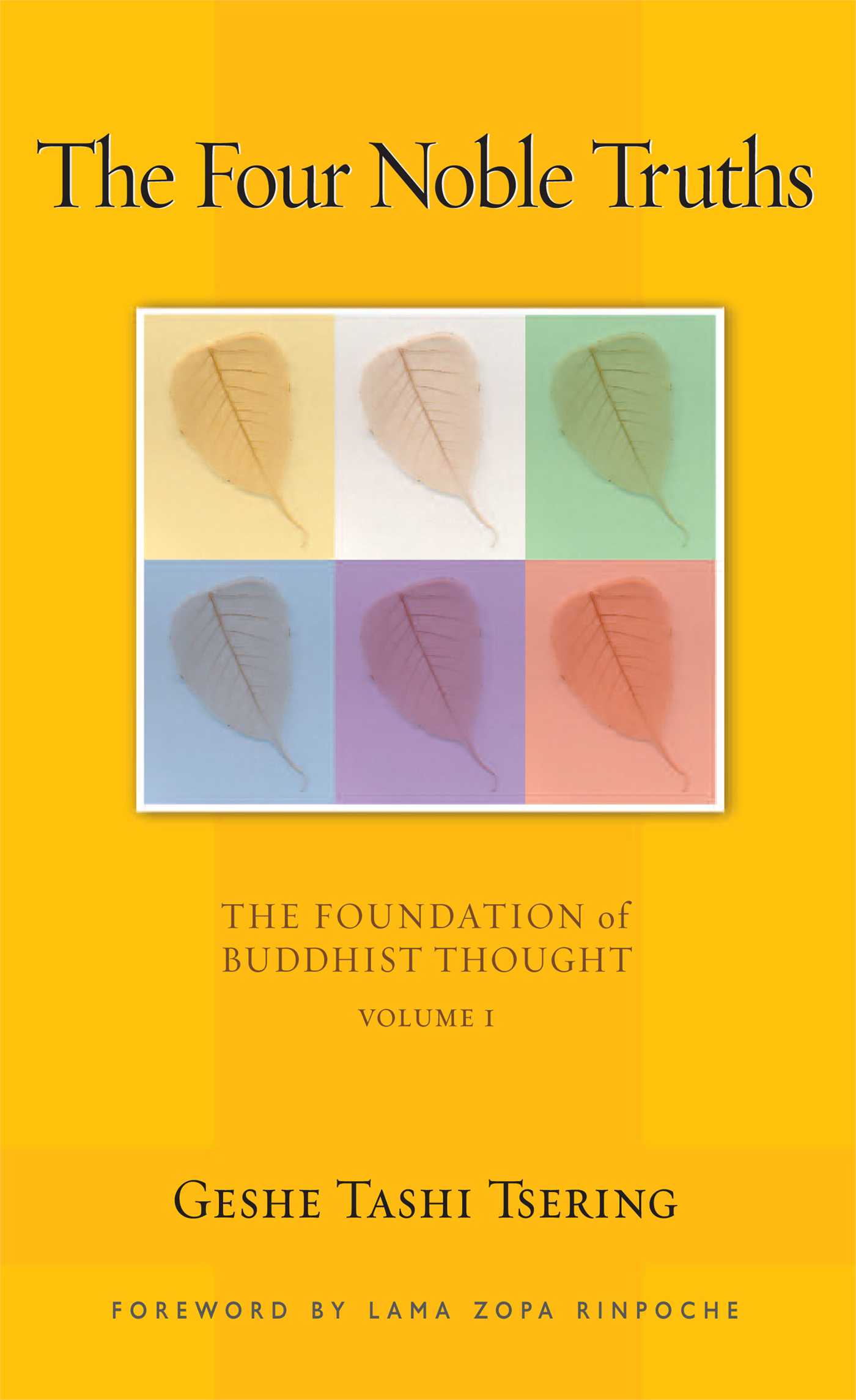 The Foundation of Buddhist Thought, Volume 1

In The Four Noble Truths, Geshe Tashi draws on his decades of training in Tibetan Buddhism to illuminate these truths for a modern audience. His respectful engagement with Buddhists outside his own tradition and his insights into Western culture make this book refreshing. It will reward even those already acquainted with the fundamentals of Buddhism.

The Four Noble Truths is the first of six stand-alone volumes in the Foundation of Buddhist Thought series.

Geshe Tashi Tsering was born in Tibet in 1958 and received his Geshe Lharampa degree (similar to a doctorate in divinity) from Sera Monastery in India in 1987. Since 1994, he has been the guiding teacher of the Jamyang Buddhist Centre in London, while also teaching at other Buddhist centers worldwide.

"Although coming from a traditional Gelugpa presentation of the Buddhist path, these books are written for a modern western audience, and therefore 'happiness' is presented as a principle goal, alongside the more traditional goal of enlightenment. The author's personal tone and his fluent language, combined with his obvious mastery of the material help to make the series a tremendously valuable resource for the study of basic Buddhist teachings from a Tibetan perspective."

"In his first sermon, the Buddha famously laid the foundation for all of his teachings to follow with the doctrine of the Four Noble Truths. So it makes sense that the first volume of a six-volume set titled The Foundation of Buddhist Thought should be given the same name. The series is based on a popular course developed by the author, Geshe Tashi Tsering, as a systematic and comprehensive introduction to the core tenets of Buddhism. This volume's particular strength lies in Tsering's ability to harmonize the Mahayana and Theravada interpretations of the Four Noble Truths."

"Possibly one of the finest expositions of this all-important aspect of Buddhist doctrine. What makes this book special is that Geshe Tashi Tsering wrote it from the vantage-point of teaching Westerners over many years and encountering their constant need for logical explanations couched in terms that they could understand. Geshe Tashi Tsering's book summarizes in simple, lucid, and very user-friendly terms the traditional teaching on the four noble truths and offers the kind of practical guidance that one would need to take the first step on the spiritual path. For those who are already on the way, the book is a timely reminder to maintain beginner's mind."

"Geshe Tashi Tsering's explanations of the four noble truths are helpful and valuable to anyone interested in exploring these core teachings of the Buddha. This small and user-friendly book is filled with gems of insight from the vast Tibetan commentarial tradition on the first teaching the Buddha gave. Not a mere discussion or theory, the spirit of the book nudges the reader in the direction of realizing these truths in one's own life."

"With this series of books drawn from his highly successful courses, Geshe Tashi's insights can be enjoyed by a wide audience of both specialists and newcomers to the Buddhist tradition. His presentations, never divorced from the basic humanity and warmth of his personality, combine rigor and accessibility."

– Thupten Jinpa, principal translator for the Dalai Lama and director of the Institute of Tibetan Classics

The Foundation of Buddhist Thought, Volume 1

More books in this series: The Foundation of Buddhist Thought