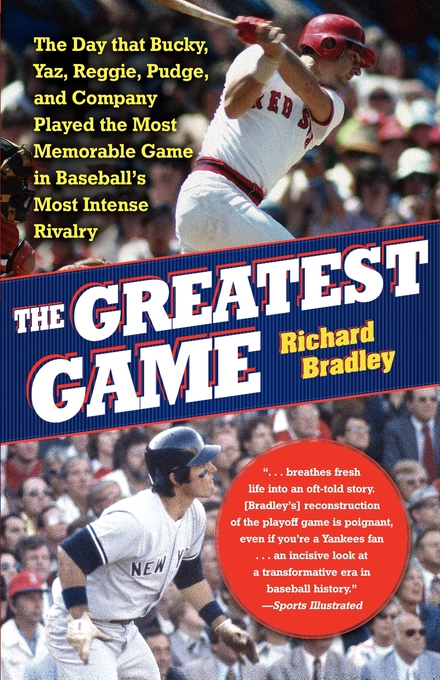 The Day that Bucky, Yaz, Reggie, Pudge, and Company Played the Most Memorable Game in Baseball's Most Intense Rivalry

In this spellbinding book, Richard Bradley tells the story of what was surely the greatest major league game of our lifetime and perhaps in the history of professional baseball. That game, played at Fenway Park on the afternoon of October 4, 1978, was the culmination of one of the most tense, emotionally wrought seasons ever, between baseball's two most bitter rivals, the Boston Red Sox and the New York Yankees. Both teams finished this tumultuous season with identical 99-64 records, forcing a one-game playoff. With a one-run lead and two outs, with the tying run in scoring position in the bottom of the ninth, the entire season came down to one at-bat and to one swing of the bat.

It came down, as both men eerily predicted to themselves the night before, to the aging Red Sox legend, Carl Yastrzemski, and the Yankees' free-agent power reliever, Rich "Goose" Gossage.

Anyone who calls himself a baseball fan knows the outcome of that confrontation. And yet such are the literary powers of the author that we are pulled back in time to that late-afternoon moment and become filled anew with all the taut sense of drama that sports has to offer, as if we don't know what happened. As if the thoughts swirling around in the heads of pitcher and hitter are still fresh, both still hopeful of controlling events.

That climactic game occurred thirty seasons ago and yet it still captures our imagination. In this delightful work of sports literature, we watch the game unfold pitch by pitch, inning by inning, but Bradley is up to something more ambitious than just recounting this wonderful game. He also tells us the stories of the participants -- how they got to that moment in their lives and careers, what was at stake for them personally -- including the rivalries within the rivalry, such as catcher Carlton Fisk versus catcher Thurman Munson,and Billy Martin versus everyone. Using a narrative that alternates points of view between the teams, Bradley reacquaints us with a rich roster of characters -- Freddy Lynn, Ron Guidry, Catfish Hunter, Mike Torrez, Jerry Remy, Lou Piniella, George Scott, and Reggie Jackson. And, of course, Bucky Dent, who craved just such a moment in the sun -- a validation he had vainly sought from the father he barely knew.

Not a book intended to celebrate a triumph or lament a loss, The Greatest Game will be embraced in both Boston and New York, with fans of both teams recalling again the talented young men they once gave their hearts to. And fans everywhere will be reminded how utterly gripping a single baseball game can be and that the rewards of being a fan lie not in victory but in caring beyond reason, even decades after the fact. 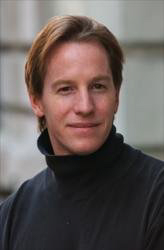 Richard Bradley is the author of the New York Times bestseller
American Son: A Portrait of John F. Kennedy, Jr. and Harvard Rules: The
Struggle for the Soul of the World's Most Powerful University. His writing
has appeared in The New York Times, Vanity Fair, Rolling
Stone, and The New Republic, and he was the executive editor of
George magazine. Bradley lives in New York City.

"The Greatest Game is a rare and much-needed addition to the Yankee-Red Sox catalog. Richard Bradley's reporting is full of emotion but nonpartisan, precise but passionate. He transforms the story of a game, and the men who played in it, into the best kind of history lesson, as meticulous as it is entertaining." -- Mark Kriegel, author of Pistol: The Life of Pete Maravich; national columnist, FOXSports.com

"I thought I already knew everything about this game, but Richard Bradley has mined the mountain of Yankee-Red Sox lore and found new gold." -- Dan Shaughnessy, author of Senior Year: A Father, A Son, and High School Baseball; sports columnist, The Boston Globe

"We've seen it, the implausible Bucky Dent home run. Now we get to live it. Such is Richard Bradley's mastery of biography and baseball that I found myself hoping Dent's fly ball fell into Yaz's glove even as I hoped it disappeared behind the Green Monster. This is baseball history at its vivid best." -- Dave Kindred, author of Sound and Fury: Two Powerful Lives, One Fateful Friendship, a dual biography of Muhammad Ali and Howard Cosell

"As The Great Rivalry intensifies, the legends are reborn and the heroes come alive again, especially in Bradley's vivid retelling of the amazing finale to a thrilling season." -- Robert Lipsyte, author of Heroes of Baseball: The Men Who Made It America's Favorite Game

"The Greatest Game is a spellbinding, page-turning re-creation of a great rivalry, a great season, and a great game, which makes it a great sports book. But it is also on a micro level an often moving exploration of the men who played the game and on a macro level an incisive examination of baseball in the 1970s and, to the extent that baseball is the national pastime, of America generally at a time of change -- which makes it a terrific cultural history." -- Neal Gabler, author of Walt Disney: The Triumph of the American Imagination

The Day that Bucky, Yaz, Reggie, Pudge, and Company Played the Most Memorable Game in Baseball's Most Intense Rivalry