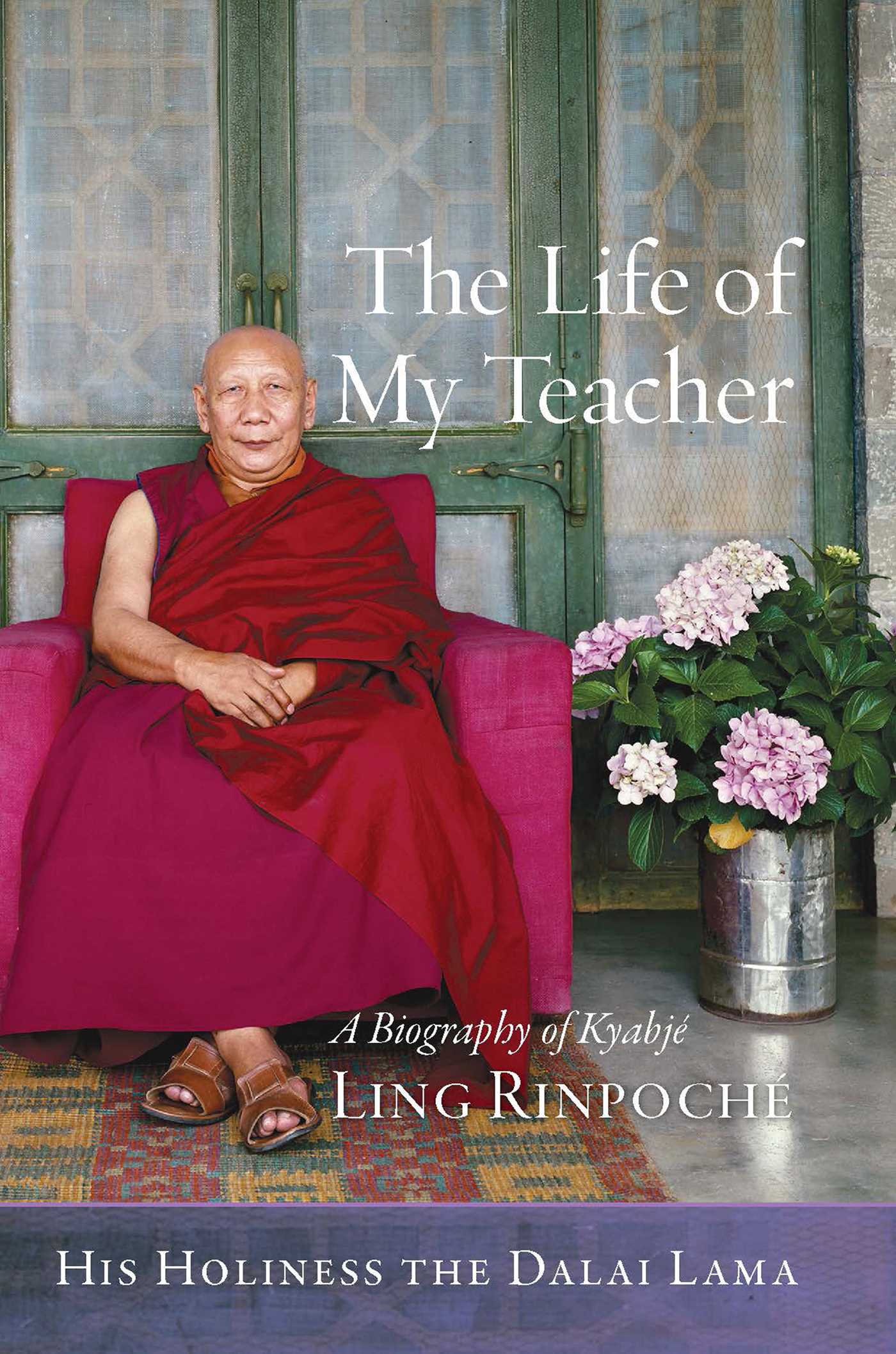 The Life of My Teacher

A Biography of Kyabjé Ling Rinpoché

The Dalai Lama tells the life story of his remarkable teacher, Ling Rinpoché, who remained a powerful anchor for him from childhood and into his emergence as a global spiritual leader.

The Sixth Ling Rinpoché (1903–83) was a towering figure in Tibetan Buddhism. Combining great learning with great humility, he was ordained by the Thirteenth Dalai Lama and went on to serve as the the head of the Geluk tradition and as the senior tutor to the present Dalai Lama. In temperament and wisdom, he had a profound influence on the Dalai Lama’s spiritual development, and he became a steadying presence for His Holiness during the chaotic changes that defined the Tibetan experience of the twentieth century, with the invasion of their county by Communist forces and the subsequent rebuilding of their culture in India. Ling Rinpoché’s extensive travels among exiled communities abroad and across India bouyed the spirits of the Tibetan diaspora, and the training and activities of this consummate Buddhist master, here told by the Dalai Lama in the traditional Tibetan style, will inspire and amaze.

Over one hundred archival photos bring the text to life.

“In Tibet, it was traditional for disciples to write biographies of their teachers. In this case, the student is the Dalai Lama and the teacher is Ling Rinpoche, one of the giants of Tibetan Buddhism in the twentieth century. It is a fascinating portrait, both of the education and career of a legendary tulku and of the epochal events that he witnessed.”

“Touching, reverent and a meticulous record, The Life of My Teacher gives the reader a better insight into His Holiness's interests, priorities and character than anything else written by or about him.”

– Alexander Norman, editor of Freedom from Exile: The Autobiography of the Dalai Lama

“Though written in the traditional style of a Tibetan spiritual biography (or rnam thar), this particular biography of the great senior tutor of His Holiness the Dalai Lama, Kyabje Ling Rinpoche, is unique in many respects. First, the subject of the biography as well as its author are both extraordinary beings. Second, it is the only such biography that the Dalai Lama himself has written, and it focuses on the teacher whom His Holiness describes as the “greatest influence on my life” and as his one true “rock” throughout the tumultuous historical times experienced both by the Dalai Lama and his people as they were forced to become refugees in the modern world. Third, the book provides a detailed accounting of the vast and continuous spiritual activities of the precious tutor, Ling Rinpoche. And fourth, it offers a touching portrayal of the behind-the-scenes interactions between a revered teacher on the one hand and his very special student on the other as the latter develops into a courageous religious leader on the world stage. This rare and oftentimes tender life story is a gift to us all. Its publication should be greeted with much rejoicing.”

– Jan Willis, author of Enlightened Beings and Dreaming Me

“Of great value to the English-speaking Buddhist community.”

The Life of My Teacher

A Biography of Kyabjé Ling Rinpoché