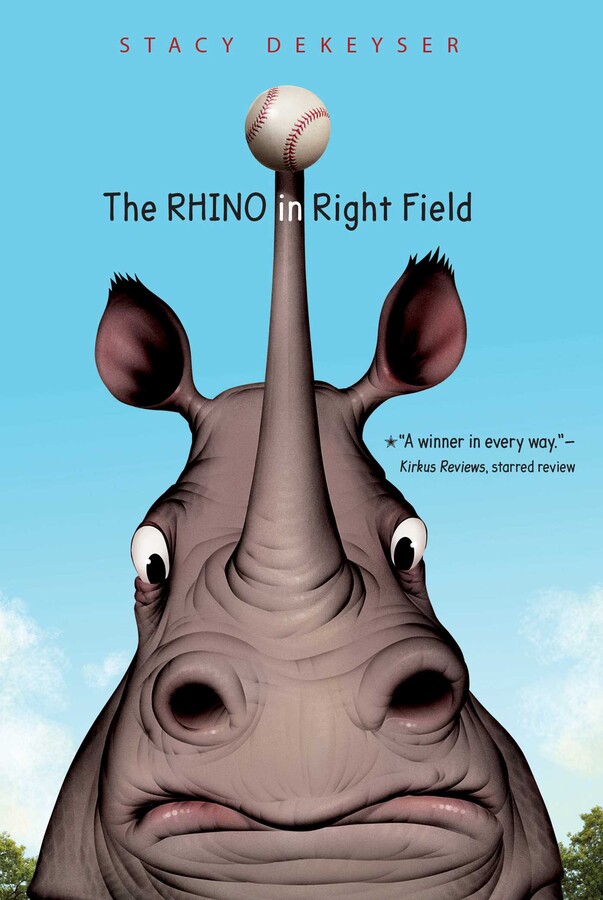 By Stacy DeKeyser
PRICE MAY VARY BY RETAILER

A boy who loves baseball must get past his hard-working immigrant parents—and the rhino in the outfield—to become a batboy in this laugh-out-loud middle grade novel in the tradition of The Sandlot.

Nick wants to change his life. For twelve years, he’s done what his hard-working, immigrant parents want him to do. Now he’s looking for his own American dream and he thinks he’s found it. The local baseball team is having a batboy contest, and Nick wants to win.

But the contest is on a Saturday—the day Nick has to work in his father’s shop. There’s one other tiny—well, not so tiny—problem. A 2,000-pound rhinoceros named Tank. Nick and his friends play ball in the city zoo—and Tank lives just beyond the right field fence. Nick’s experience getting the ball out of Tank’s pen has left him frozen with fear whenever a fly ball comes his way. How’s a lousy fielder going to win the contest?

Nick practices every day with his best friend, Ace, and a new girl who has an impressive throwing arm! But that’s not enough—to get to the contest, Nick has to lie to his parents and blackmail his uncle. All while dodging the school bully, who’s determined to win even by playing dirty. Nick will need to keep his eye on the ball in this fast, funny story about a game that can throw you some curveballs—just like life!

CHAPTER 1
EVERYTHING STARTED ON the day I had that close call with Tank.

Tank lives two blocks away, so I see him almost every day, but he usually ignores me. This is probably for the best, since Tank is a rhinoceros. A 2,580-pound Diceros bicornis with a seventeen-inch horn, according to the sign on his fence. That fence also happened to be our right-field fence, which is how Tank and I got to know each other on a first-name basis. It was my turn to play right field, and I’ll admit it: my mind wandered. If you’ve ever played baseball, you know what it’s like. Because no one ever hits the ball to right field.

Except, of course, when they do.

It doesn’t help that I’m a terrible outfielder. To be perfectly honest, I couldn’t catch a fly ball to save my life.

So there I was, caught flat-footed when Pete walloped the ball. It sailed over my head and landed with a thunk in a pile of hay on the wrong side of the fence. Tank’s side. And there was Tank, snoozing in the shade of a billboard. (CALL KING’S MOTORS AT HOPKINS 5800. YOUR SOURCE FOR GENUINE PACKARD PARTS!)

That was our last baseball. Somebody had to get it back.

And that somebody was the right fielder.

Let me say this right now: the general public does not belong in rhinoceros pens—ever. This fact is so obvious, some genius decided that a stone wall topped with a chest-high chain-link fence would be enough of a reminder. Sure, it’s enough to keep a stumpy-legged rhino in. But it’s useless at keeping a twelve-year-old kid out. Because here’s another obvious thing: Baseballs do not belong in rhinoceros pens either. What if Tank ate the ball? That would end the game in a hurry—or at least postpone it. The truth always comes out in the end (so to speak).

The fellas gave me their usual encouragement.

“What’re ya waiting for, Nick?”

“I think he’s chicken, that’s what I think.”

“Some right fielder you are! What, are ya scared of a little ol’ rhino?”

I dropped my mitt and sized up the situation: hop the fence, grab the ball, and back to safety. Six seconds, tops.

Or never. Depending on the reflexes of the rhino.

vaulted the fence, up and over (“Atta boy, Nick!”)

grabbed the ball (That’s not the ball. What is that?)

Over the top, and OUT.

Exactly 2,580 pounds of muscle crashed into the wall behind me, leaving a Tank-shaped dent in the stone. (I might be making up that last part. But everything else is true, I swear.)

I somersaulted on the ground. My heart was pounding. My pants were torn. Something smelled really bad.

But I was holding the ball.

“You did it!” said Ace, running out from shortstop.

“Holy moly, we thought you were a goner,” hollered Charlie from the pitcher’s mound.

Chuck just stood there in left field with his mouth hanging open.

“Look at you, Spirakis.” Here came Pete, swaggering out from home plate with the bat on his shoulder. “You might live to finish sixth grade after all. Now grab your mitt and hand over that muddy ball. That was a home run and it’s four to three. Still two outs.”

I stood up, brushed myself off, and flipped the ball to Pete. “Not so fast, slugger. You know the rules. Anything hit into the rhino pen is an automatic out. And by the way—that ain’t mud.” 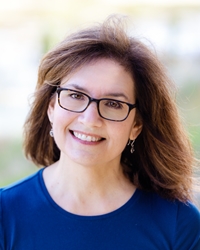 Stacy DeKeyser is the author of The Brixen Witch, which received two starred reviews and was a Chicago Public Library Best of the Best Pick, and its sequel, One Witch at a Time, as well as the young adult novel Jump the Cracks and two nonfiction books for young readers. She lives in Connecticut with her family. To learn more, visit her online at StacyDeKeyser.com.

"Laugh-out-loud fun with a wonderful cast of characters. A winner in every way."

By Stacy DeKeyser
PRICE MAY VARY BY RETAILER