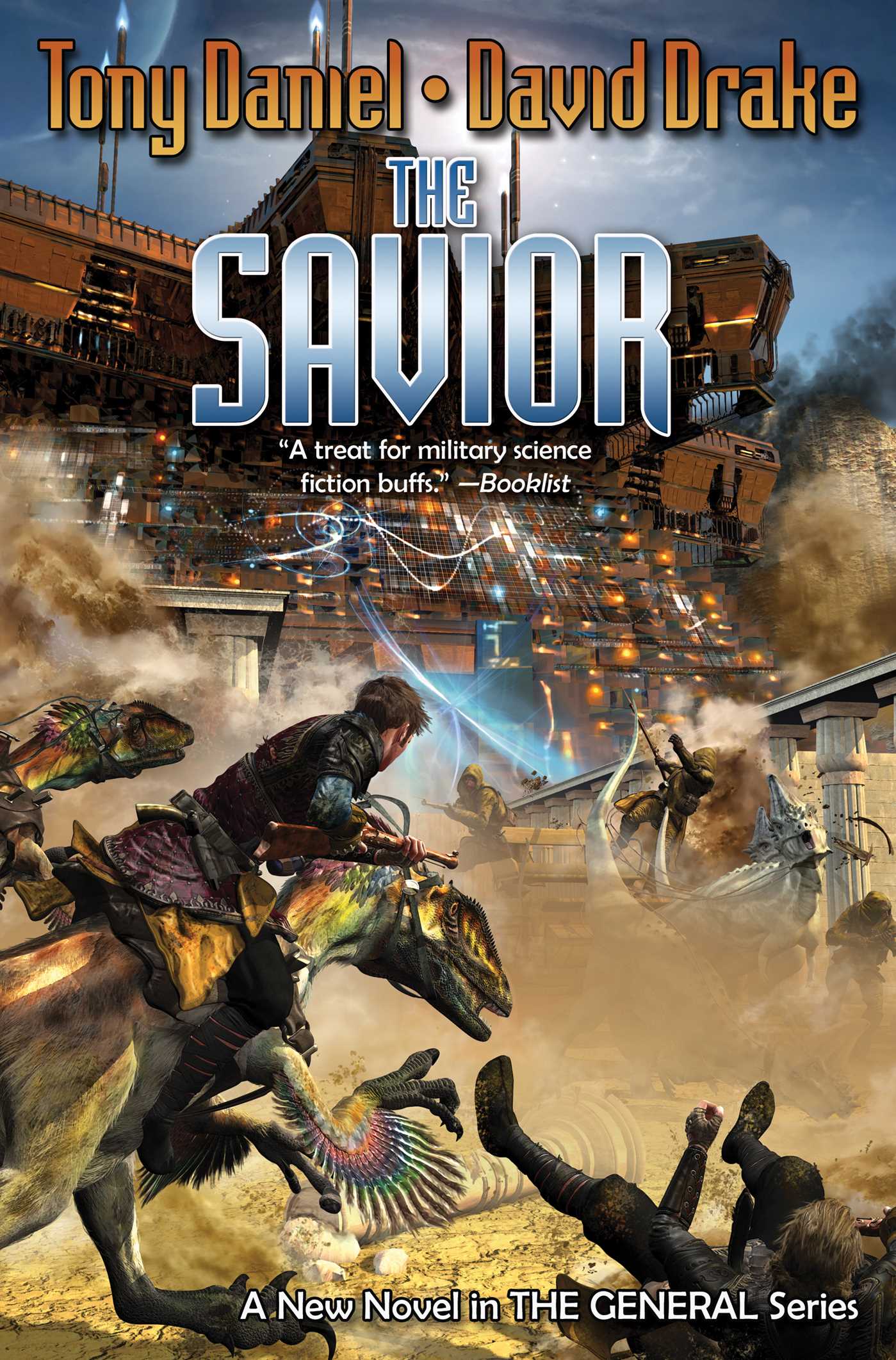 Sequel to The Heretic, Book 10 in the nationally best-selling General series.

FROM HERETIC TO SAVIOR
Duisberg is one of thousands of planets plunged into darkness and chaos by the collapse of the galactic republic. But where other worlds have begun to rebuild a star-travelling culture, Duisberg remains in an uneasy balance between mud-brick civilization and bloodthirsty barbarism.
The people of Duisberg have a god: Zentrum, a supercomputer from the ancient past. Zentrum has decided to avoid another collapse by preventing civilization from rising from where it is. And because even a supercomputer and the powerful religion which it founded cannot block all progress, Zentrum has another tool: every few centuries the barbarians sweep in from the desert, slaughtering the educated classes and cowing the peasants back into submission. These are the Blood Winds, and the Blood Winds are about to blow again.
This time, however, there's a difference: Abel Dashian, son of a military officer, has received into his mind the spirit of Raj Whitehall, the most successful general in the history of the planet Bellevue—and of Center, the supercomputer which enabled Raj to shatter his planet's barbarians and permit the return of civilization.
One hero can't stop the tide of barbarians unless he has his own culture supporting him. To save Duisberg, Abel must conquer the very land of his origin and attempt to destroy the computer A.I. “god” who has doomed his world to an everlasting Dark Age. Abel is a heretic, but now he must go beyond and become—THE SAVIOR.

About The Savior:
"The Savior is a sequel worth waiting for. There is more of everything inside; military strategy and war, backstory and human drama, all at higher stakes . . .Tony Daniel and David Drake pick up where they left off and run, without stumbling, toward a fantastic conclusion . . . As much as I like military Science Fiction, I dont want to read battle after battle. The Savior delivers so much more. The stories of Abel's many allies are just as compelling. I found the conclusion of the book to be immensely satisfying." –SF Crowsnest

". . . the cost in blood is high and the descriptions of gunpowder age tactics are solid . . . conceptually intriguing."–Publishers Weekly

About The Savior prequel, The Heretic:
“More than once, I envied Abel’s ‘gift.’ If you count having the voice of a computer and the recreation of a famous general in your head as a gift . . . An interesting relationship that elevates [the novel] to something unique. . .I loved the battles and I found Abel to be an engaging character. I adored Golitsin, his priest friend.”—SF Crowsnest

About the Raj Whitehall series:
“[T]old with knowledge of military tactics and hardware, and vividly described action . . . devotees of military SF should enjoy themselves.”—Publishers Weekly

About David Drake:
“[P]rose as cold and hard s the metal alloy of a tank … rivals Crane and Remarque …” –Chicago Sun-Times

“Daniel proves that the Golden Age of science fiction is right here and now.”–Greg Bear

“[A] large cast of utterly graspable humans, mostly military and political folks, of all ranks and capacities and temperments. Daniel has a keen eye for the kinds of in extremis thinking and behavior that such a wartime situation would engender. . . . Following in the footsteps of Poul Anderson and Greg Bear . . .”—Asimov’s Science Fiction Magazine on Daniel's Guardian of Night

Tony Daniel is a senior editor at Baen Books. He is also the author of ten science fiction novels, the latest of which is Guardian of Night, as well as an award-winning short story collection, The Robot’s Twilight Companion. He’s a Hugo finalist and a winner of the Asimov’s Reader’s Choice Award for short story. Daniel is also the author of young adult high fantasy Wulf’s Saga series including entries The Dragon Hammer and its sequel, The Amber Arrow. Other Daniel novels include the groundbreaking Metaplanetary and Superluminal, as well at Warpath, an adaptation of the novelette “Candle,” which appeared in Asimov’s magazine. His second novel, Earthling, also started life as “The Robot’s Twilight Companion,” appearing in Asimov’s. Daniel is the coauthor of two books with David Drake in the long-running General series, The Heretic and The Savior. He is also the author of original series Star Trek novels Devil’s Bargain and Savage Trade. Daniel’s short stories have been collected in multiple year’s-best compilations. In the late 1990s, he founded and directed the Automatic Vaudeville dramatic group in New York City, with multiple appearances doing audio drama on WBAI. He’s also cowritten the screenplays for several horror movies that have appeared on the SyFy and Chiller channel, including the Larry Fesenden-directed Beneath. During the early 2000s, Daniel was the writer, story editor, and sometimes director of numerous radio plays and audio dramas with actors such as Peter Gallagher, Oliver Platt, Stanley Tucci, Gina Gershon, Luke Perry, Tim Robbins, Tim Curry, and Kyra Sedgewick appearing in them for SCI-FI.COM’s groundbreaking Seeing Ear Theatre. He’s the founder of Baen Books Audio Drama and has written, produced, and directed a series of adaptations of the works of Baen Books authors such as Eric Flint and Larry Correia. Daniel has a B.A. from Birmingham-Southern College, where he majored in philosophy. He has a master's degree in English from Washington University in St. Louis. He attended the USC Film School graduate program and Clarion West. Born in Alabama, Daniel has lived in St. Louis, Los Angeles, Seattle, Prague, New York City, Dallas, and Raleigh, North Carolina, where he currently resides with his wife Rika, and children Cokie and Hans.

David Drake was attending Duke University Law School when he was drafted. He served the next two years in the Army, spending 1970 as an enlisted interrogator with the 11th Armored Cavalry in Vietnam and Cambodia. Upon return, he completed his law degree at Duke and was for eight years assistant town attorney for Chapel Hill, North Carolina. He has been a full-time freelance writer since 1981. His books include the genre-defining and best-selling Hammer’s Slammers series and the nationally best-selling RCN series, including In the Stormy Red Sky, The Road of Danger, The Sea without a Shore, and Death's Bright Day.