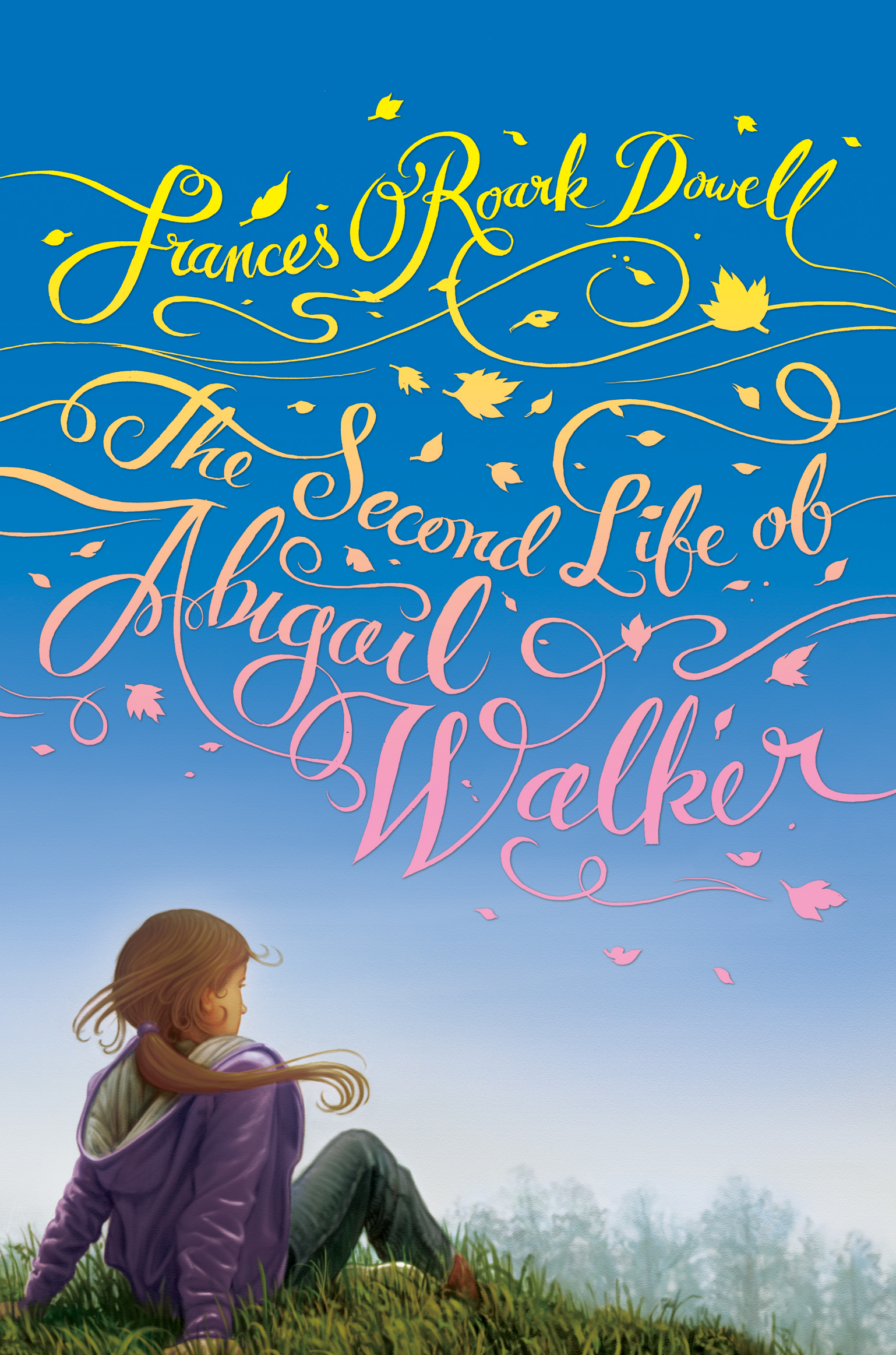 Is it possible to start afresh when you’re thoroughly weighted down?

Seventeen pounds. That’s the difference between Abigail Walker and Kristen Gorzca. Between chubby and slim, between teased and taunting. Abby is fine with her body and sick of seventeen pounds making her miserable, so she speaks out against Kristen and her groupies—and becomes officially unpopular. Embracing her new status, Abby heads to an abandoned lot across the street and crosses an unfamiliar stream that leads her to a boy who’s as different as they come.

Anders is homeschooled, and while he’s worried that Abby’s former friends are out to get her, he’s even more worried about his dad, a war veteran home from Iraq who is dangerously disillusioned with life. But if his dad can finish his poem about the expedition of Lewis and Clark, if he can effectively imagine what it is to experience freshness and innocence, maybe he will be okay. As Abby dives into the unexpected role as research assistant, she just as unexpectedly discovers that by helping someone else find hope in the world, there is plenty there for herself, as well.


the fox had been stepping into stories since the beginning of time. Important stories, everyday stories, stories that only mattered to one or two people. She sniffed stories out. When she smelled one that interested her, she closed her eyes and leaped into the air, moving through the invisible space between one story and the next. Sometimes she took chances and landed in unfortunate places. Like the story of the soldiers in the middle of desert, the sand seeded with explosives. A fox could get killed in a story like that.

Not that the fox ever got killed. She hadn’t even managed to die of old age, although how old must she be? Ancient of days, her friend Crow liked to say when you asked him his age. The fox supposed that’s how old she was too.

Now she stood at the edge of a field, in the invisible space between one story and another, and gazed across the green-goldness of it.

What had drawn her here?

This field, like all fields, had come from somewhere else. The birds had flown across its blank slate and dropped seeds into the waiting soil. The raccoons gathered burrs in their fur and deposited them as they tracked through the mud, and in the spring the earth took a deep breath, pulled forth roots, and sent out flowers and grasses.

There’d been something else here once, not too long ago. The fox could smell it. Something that had gone wrong. Her nose quivered. The scent was mixed: the something-gone-wrong smell, yes, but also mice and rabbits and the small berries that came at the beginning of fall, tiny, sour fruit she might eat just before the first frost. These were smells she remembered from the oldest stories, the laughing stories, stories where her kits gathered around her and chattered and barked.

Suddenly the heavy, dark smell of exhaust from the road filled the fox’s snout. A bus? A truck? Soldiers back from Al Anbar? Quick, quick, burrow into the center of a clump of weeds. Something was coming. Someone. What would she witness this time?

Maybe it was someone who could help, she told herself, trying to stay calm. Maybe they’ve sent someone to help.

The fox trembled, and she waited.

“The Second Life of Abigail Walker introduces Abby, a sixth grader, at the moment she decides she’s through being pushed around by the mean girl, Kristen, who rules over their social circle with arbitrary cruelty. Abby is a natural target; she is not quite like the rest of the girls – they’re “medium smart, medium good at sports, their families had a medium amount of money.” Most painfully, their bodies are medium-size, while Abby is noticeably heavier. One day Abby walks away from an insult at the lunch table, and from the hope of staying in the group. She will just have to start a “second life.”

What’s wonderful is how Dowell, the author of several beloved books for tweens and teenagers including the Edgar-winning “Dovey Coe,” gracefully draws the many concentric circles of Abby’s life. Forced to escape the menacing Kristen and eager to avoid her own distracted parents, who concentrate on her mainly to deliver unsubtle messages that she needs to eat less, Abby ventures into a new part of her neighborhood. There, she meets a younger boy named Anders. He lives on his grandmother’s horse farm with his father, who acts strangely — something horrible happened to him while he fought in the Iraq war, and he believes he must finish the research for a long poem about animals or he cannot get well. While spending time at the farm and learning to ride a horse is liberating for Abby, it’s even more empowering to mobilize a group of new, more intellectually oriented friends to help with the research project.

All the while a proud fox, whom Abby crosses paths with at the beginning of the novel, roams near her house. She seems to have extraordinary — perhaps even time-traveling — abilities, and has been watching and guiding Abby. Is she somehow part of the Iraq story of Anders’s dad, too? Dowell suggests as much with a poetic logic that forms a nice antidote to the novel’s all-too-realistic mean girl plot."

* "In a powerful story about learning to be proud of one’s true self and rising above bullies, sixth-grader Abby is sick of the “medium girls,” who weigh the right amount and say all the right things, and of her parents, who are on her case about dieting and fitting in. She is even more tired of her own efforts to stay in the clique’s good graces. One day Abby walks away from their taunts, a small step that takes her life in a new direction. A fox bites her, and she follows a dog across a creek where she meets eight-year-old Anders and his father, who is recovering from serving in Iraq. They invite her to help with a research project, which leads to new friends at school and unexpected happiness. Occasional chapters follow the fox Abby meets, whose story is slowly revealed as it intersects with Abby’s. Dowell (Ten Miles Past Normal) creates a sympathetic and honest heroine with a flair for drama, humor, and creativity, and she resists a tidy ending in a novel that feels both timeless and entirely of-the-moment."

* "When Abby’s one-time friend whispers to her, “You’re dead,” Abby knows it’s true. Maybe not dead physically, but dying inside.
Avoiding Georgia and Kristen, who make snarky remarks about her weight in the lunchroom, the sixth-grader makes new friends, including two Indian-American boys whose easy tolerance is refreshing. Fleeing a home visit by the two bullying girls, she meets 9-year-old Anders, whose father is also dying inside. The Iraq War veteran is frightened by much of the peaceful world of the family horse farm, where he waits for space in a VA hospital. For “Tubby Abby,” farm visits are both physically and emotionally helpful. As she did in The Secret Language of Girls (2004) and its sequel, The Kind of Friends We Used to Be (2009), Dowell weaves themes of friendship and personal growth into a rich and complex narrative. A third story strand follows the desert fox Abby meets in the overgrown lot across the street from her house, adding a fantasy element and further connections. Like the fox in the Wendell Barry epigraph, some of Abby’s tracks are in the wrong direction. But her resurrection is satisfying.
Middle school mean girls are not uncommon, in fiction or in life, but seldom has an author so successfully defeated them without leaving her protagonist or her reader feeling a little bit mean herself."

* "Dowell masterfully handles the hot button topic of bullying and will have readers contemplating the pettiness and self-loathing that supports it. Beating at the triumphant heart of the book is Abigail’s realization that life is fullest when experienced genuinely. This is a story of Abigail’s crossings: crossing a computer lab to make a friend; crossing a street to find peaceful isolation; crossing a creek to escape a tormentor; and crossing all the lines drawn to prevent her from feeling alive inside. A timely and heartening book for today’s middle schoolers."

SEE ALL
See more by Frances O'Roark Dowell
Thank you for signing up, fellow book lover!