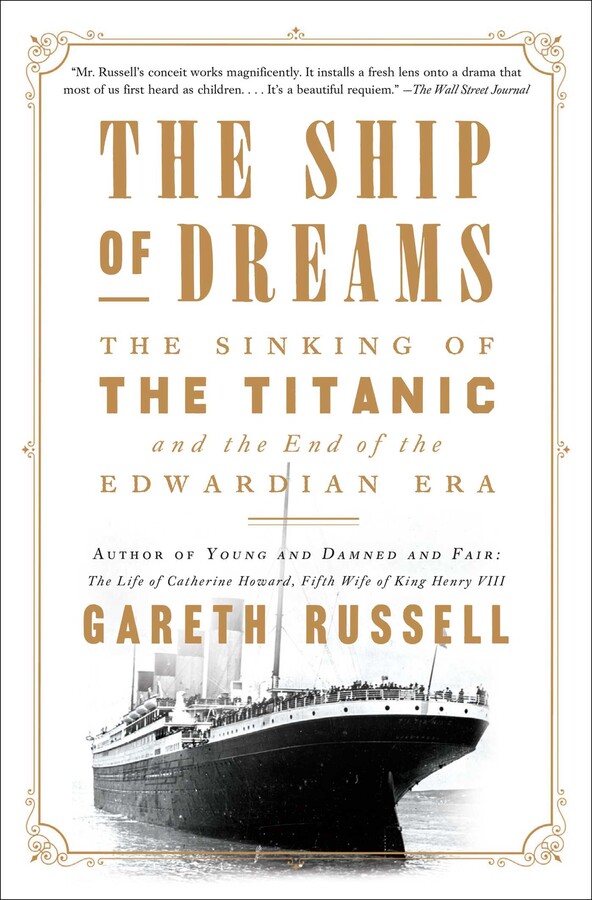 The Ship of Dreams

“Gareth Russell has chosen a handful of passengers on the doomed liner and by training a spotlight on every detail of their lives, he has given us a meticulous, sensitive, and at times harsh picture of the early 20th century in Britain and America. A marvelous piece of work.” —Julian Fellowes, creator of Downton Abbey

A riveting account of the Titanic disaster and the unraveling of the gilded Edwardian society that had created it.

In April 1912, six notable people were among those privileged to experience the height of luxury—first class passage on “the ship of dreams,” the RMS Titanic: Lucy Leslie, Countess of Rothes; son of the British Empire, Tommy Andrews; American captain of industry John Thayer and his son Jack; Jewish-American immigrant Ida Straus; and American model and movie star Dorothy Gibson. Within a week of setting sail, they were all caught up in the horrifying disaster of the Titanic’s sinking, one of the biggest news stories of the century. Today, we can see their stories and the Titanic’s voyage as the beginning of the end of the established hierarchy of the Edwardian era.

Writing in his elegant signature prose and using previously unpublished sources, deck plans, journal entries, and surviving artifacts, Gareth Russell peers through the portholes of these first-class travelers to immerse us in a time of unprecedented change in British and American history. Through their intertwining lives, he examines social, technological, political, and economic forces such as the nuances of the British class system, the explosion of competition in the shipping trade, the birth of the movie industry, the Irish Home Rule Crisis, and the Jewish-American immigrant experience while also recounting their intimate stories of bravery, tragedy, and selflessness.

Masterful in its superb grasp of the forces of history, gripping in its moment-by-moment account of the sinking, revelatory in discounting long-held myths, and lavishly illustrated with color and black and white photographs, this absorbing, accessible, and authoritative account of the Titanic’s life and death is destined to become the definitive book on the subject. 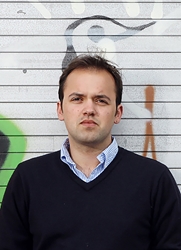 Educated at Oxford University and Queen’s University, Belfast, Gareth Russell is a historian, novelist, and playwright. He is the author of The Ship of Dreams, Young and Damned and Fair, The Emperors, and An Illustrated Introduction to the Tudors. He lives in Belfast, Northern Ireland.

"Mr. Russell's conceit works magnificently. It installs a fresh lens onto a drama that most of us first heard as children....It's a beautiful requiem."

"Consistently involving reading....In The Ship of Dreams, readers get the story of this particular floating Tower of Babel in riveting detail, and with all the wider context they could want."

"The best way to describe this book is 'Downton Abbey' at sea....While there are many Titanic books, this is one readers will consider a favorite."

"Endlessly fascinating...earns a richly deserved spot next to Walter Lord's A Night to Remember as an indispensable resource on the Titanic...utterly riveting."

"Gareth Russell has chosen a handful of passengers on the doomed liner and by training a spotlight on every detail of their lives, he has given us a meticulous, sensitive and at times harsh picture of the early twentieth century in Britain and America.  A marvellous piece of work."

“Gareth Russell invites us into the first-class staterooms aboard the RMS Titanic and brings to life the Edwardian era and its elite—the exclusive circle of Europeans and Americans who wielded unimaginable wealth and influence on both sides of the Atlantic. Deeply researched and lushly detailed, The Ship of Dreams shines new light on both the bygone Golden Age and the iconic tragedy that marked the beginning of its end.”

“A meticulously researched retelling of history's most infamous voyage... Through the eyes of this select group of privileged individuals, we are witness to the end of a glamorous crossing and an era, neither of which could be sustained or remain afloat.”

“This absorbing account proves that there are many levels to the endless fascination of the Titanic story;  the key is to narrow the focus rather than try to be all-embracing. Thus, through his judicious choice of a handful of socially and culturally disparate passengers, Gareth Russell  skillfully constructs an eloquent and gripping narrative that is essentially a microcosm of the moribund Edwardian class system that would go down with the Titanic and finally be obliterated by war in 1914.”

"Fascinating...Gareth Russell tells us the popular appreal of the Titanic outstrips that of every ship since Noah's ark. In his hands you can understand why....sharp and witty...packed with interesting details."

"With the Titanic story exhaustively explored ever since, is there anything left to learn? On the evidence of Gareth Russell's engrossing book, the answer is yes....This masterly reconstruction renders the Titanic story vital again."

"Gareth Russell is the first I am aware of who has...charted in detail the context for the Titanic's construction, launch, and eventual sinking--and the grief-laden reaction....It is a wonderful, multi-angled view of history and grips the reader as compellingly as a pacey historical or epic movie....a wonderful book, full of personalities, history, but most of all, suspense."

“If you think that there’s nothing new to say about the Titanic, The Ship of Dreams will prove you wrong. Just don’t read it on a cruise. In this fascinating and highly readable book, Belfast author Gareth Russell tells the story of the fatal ship’s sole journey through the eyes of six very different first-class passengers, from the Irish engineer Thomas Andrews to early film star Dorothy Gibson. He examines the rapidly changing world of the Edwardian upper classes, and shows how their privilege 'left many of them unaware or indifferent to the coming danger until it was too late'.”

"Elegantly written and impressively researched...a scrupulous and entertaining portrait of 'a world that was by turns victim and author  of the tragedies that overtook it.'"

"As Russell points out from the very outset of his social history of the Titanic, the doomed ocean liner has sailed into the realm of myth and cliche.  Russell's goal is less to recount the ship's construction and maiden voyage than to place the vessel's builders, crew, and passengers into the context of the close of Britian's Edwardian Era, with its class stratification and persistent anti-Semitism."

The Ship of Dreams