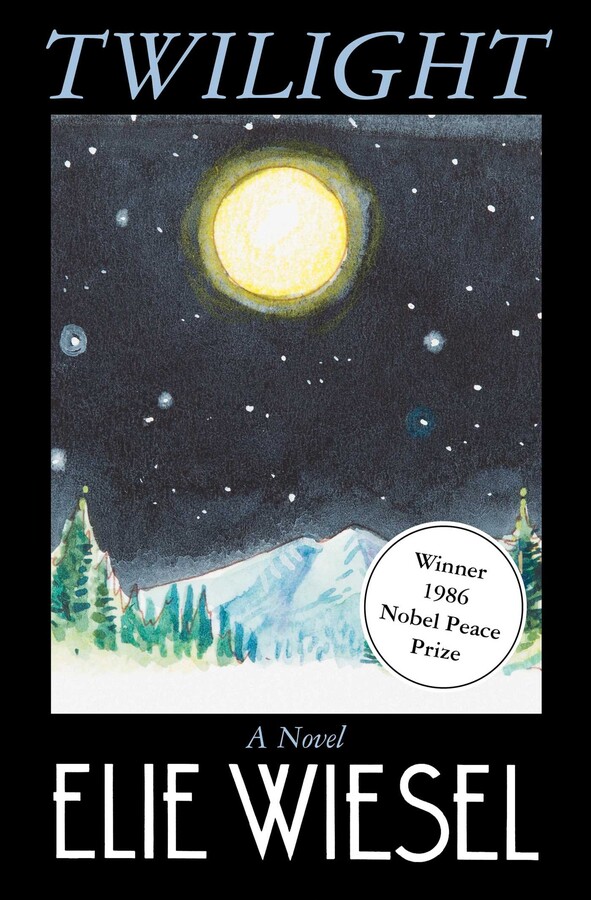 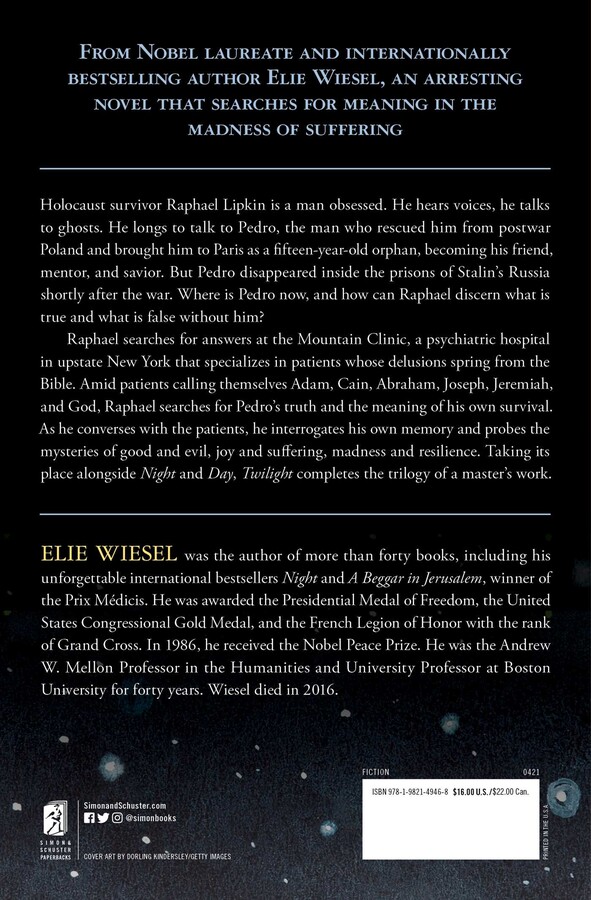 By Elie Wiesel
PRICE MAY VARY BY RETAILER

Elie Wiesel, the bestselling author of Night, Holocaust survivor, and Nobel Peace Prize­ winner, offers a profound fictional account of what one Holocaust survivor must endure to find out what happened to his friend and savior after the war—while also discovering the meaning of his own survival.

Raphael Lipkin is a man obsessed. He hears voices. He talks to ghosts. He is spending the summer at the Mountain Clinic, a psychiatric hospital in upstate New York—not as a patient, but as a visiting professional with a secret, personal quest.

A professor of literature and a Holocaust survivor, Raphael, having rebuilt his life since the war, sees it on the verge of coming apart once more. He longs to talk to Pedro, the man who rescued him as a fifteen-year-old orphan from postwar Poland and brought him to Paris, becoming his friend, mentor, hero, and savior. But Pedro disappeared inside the prisons of Stalin’s Russia shortly after the war. Where is Pedro now, and how can Raphael discern what is true and what is false without him?

A mysterious nighttime caller directs Raphael’s search to the Mountain Clinic, a unique asylum for patients whose delusions spring up from the Bible. Amid patients calling themselves Adam, Cain, Abraham, Joseph, Jeremiah, and God, Raphael searches for Pedro’s truth and the meaning of his own survival in an extraordinary novel that penetrates the mysteries of good, evil, and madness.

Elie Wiesel was the author of more than forty books, including his unforgettable international bestsellers Night and A Beggar in Jerusalem, winner of the Prix Médicis. He was awarded the Presidential Medal of Freedom, the United States Congressional Gold Medal, and the French Legion of Honor with the rank of Grand Cross. In 1986, he received the Nobel Peace Prize. He was the Andrew W. Mellon Professor in the Humanities and University Professor at Boston University for forty years. Wiesel died in 2016.

By Elie Wiesel
PRICE MAY VARY BY RETAILER