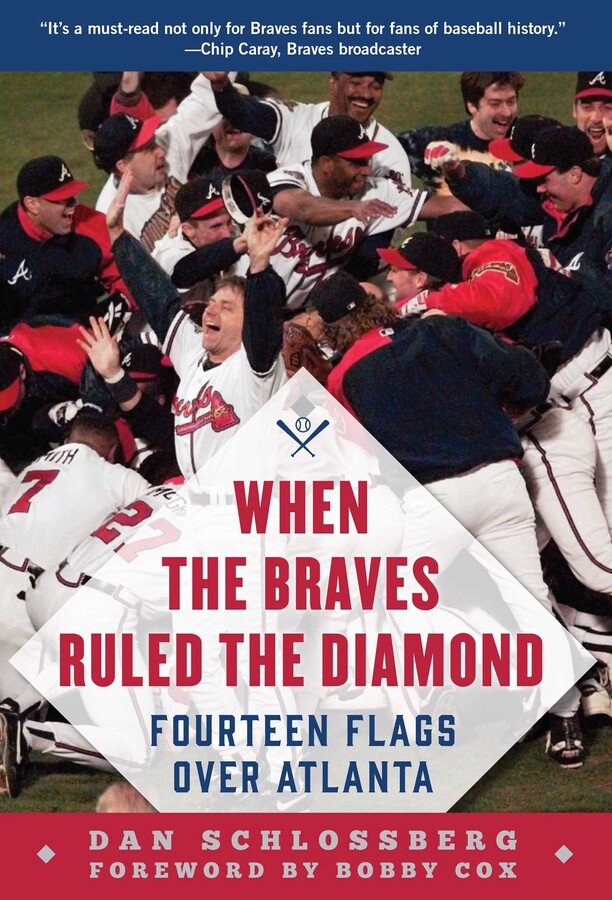 When the Braves Ruled the Diamond

From 1991 through 2005, the Atlanta Braves did something no pro sports team can match, finishing in first place for fourteen consecutive seasons.

During that stretch, the Braves paired powerful pitching with potent hitting that produced under pressure. Hall of Fame manager Bobby Cox won with veteran teams, young teams, slugging teams, and several times with teams that emphasized speed and defense. His teams captured on hundred wins in six different seasons.

In When the Braves Ruled the Diamond, now newly updated to include a discussion of the team's latest Hall of Fame inductees, former AP sportswriter Dan Schlossberg covers the record-breaking era that transformed Atlanta from the Bad-News Braves to America's Team.

With separate chapters on Cox, fabled pitching coach Leo Mazzone, and Hall of Fame pitchers Greg Maddux, Tom Glavine, and John Smoltz, this book also highlights the contributions of Andres Galarraga, Andruw Jones, Chipper Jones, Brian Jordan, Javy Lopez, Terry Pendleton, and many more Braves stars. It features year-by-year summaries, Opening Day lineups, and even oddball anecdotes that explain why the fourteen-year streak may never be duplicated. It is the perfect gift for fans of baseball history as well as fans of the Atlanta Braves!

Skyhorse Publishing, as well as our Sports Publishing imprint, are proud to publish a broad range of books for readers interested in sports—books about baseball, pro football, college football, pro and college basketball, hockey, or soccer, we have a book about your sport or your team. Whether you are a New York Yankees fan or hail from Red Sox nation; whether you are a die-hard Green Bay Packers or Dallas Cowboys fan; whether you root for the Kentucky Wildcats, Louisville Cardinals, UCLA Bruins, or Kansas Jayhawks; whether you route for the Boston Bruins, Toronto Maple Leafs, Montreal Canadiens, or Los Angeles Kings; we have a book for you. While not every title we publish becomes a New York Times bestseller or a national bestseller, we are committed to publishing books on subjects that are sometimes overlooked by other publishers and to authors whose work might not otherwise find a home.

When the Braves Ruled the Diamond