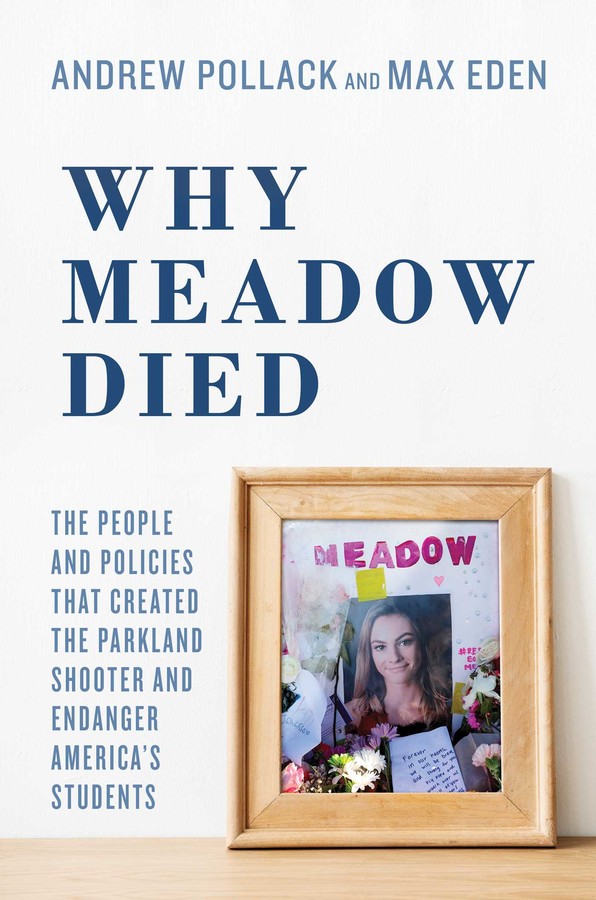 As featured in the New York Post and as seen on Tucker Carlson, Fox and Friends, Martha MacCallum, and more.

The Parkland school shooting was the most avoidable mass murder in American history. And the policies that made it inevitable are being forced into public schools across America.

“After my sister Meadow was murdered at Marjory Stoneman Douglas High School, the media obsessed for months about the type of rifle the killer used. It was all clickbait and politics, not answers or justice. That wasn’t good enough for us. My dad is a real tough guy, but Meadow had him wrapped around her little finger. He would do anything she wanted, and she would want him to find every answer so that this never happens again.

My dad teamed up with one of America’s leading education experts to launch his own investigation. We found the answers to the questions the media refused to ask. Questions about school safety that go far beyond the national gun debate. And the answers to those questions matter for parents, teachers, and schoolchildren nationwide.

If one single adult in the Broward County school district had made one responsible decision about the Parkland shooter, then my sister would still be alive. But every bad decision they made makes total sense once you understand the district’s politically correct policies, which started here in Broward and have spread to thousands of schools across America.”

“An ancient Talmudic adage warned: ‘Those who are kind to the cruel will be cruel to the kind.’ This law of life explains why fourteen high school students and three adults were murdered on Valentine’s Day 2018 in Broward County, Florida. Max Eden and Andy Pollack, the father of one of the murdered students, have written one of the most important books on American life published in the last few years. Why Meadow Died is shocking, illuminating, and ultimately angering. If the media ignore this book, it will prove they put ideology above truth.”

“This book could be titled: Andrew Pollack vs. Broward County. Mr. Pollack is the bold, striking colossus of Parkland politics. He deals justice with an iron fist and will likely be portrayed by Arnold Schwarzenegger when the movie version of this book is inevitably made.”

– Cameron Kasky, Co-Founder of March For Our Lives

"Why Meadow Died is the untold, almost unbelievable story of how the moral corruption wrought by politically correct policies and willful blindness made the most avoidable school shooting in history somehow inevitable. If the public faces the truths this book reveals it should insist on a searching examination of the ethos of our public schools."

"Why Meadow Died is a Shakespearean tragedy set in a public school system. The dark truths about our society and ourselves that shine through may be painful, but parents can't afford not to confront them. Moms: read this book like your child's life depends on it. It just might."

"Every teacher in America should read Why Meadow Died, because as Pollack and Eden show, the policies responsible for the Parkland tragedy have spread across America. School administrators across the country are rewarded for not enforcing the rules, which leads to a thousand tragedies a day that go unrecorded. Public education is headed down a dark path, and this book should be a wakeup call to teachers and parents across the country."

"After the Parkland shooting, the media devoted far more attention to the model of gun the killer used than to the role the school and its policies may have played in enabling the tragedy possible. Max Eden and Andrew Pollack refused to leave it at that, calling out the troubling failures of the Broward County School District, which seems to have, at times, been more intent on buffing its public image than on giving the community answers and keeping children safe. Given that Broward's disciplinary practices were hailed as a national model by many in public education, Why Meadow Died is a timely and bracing contribution."