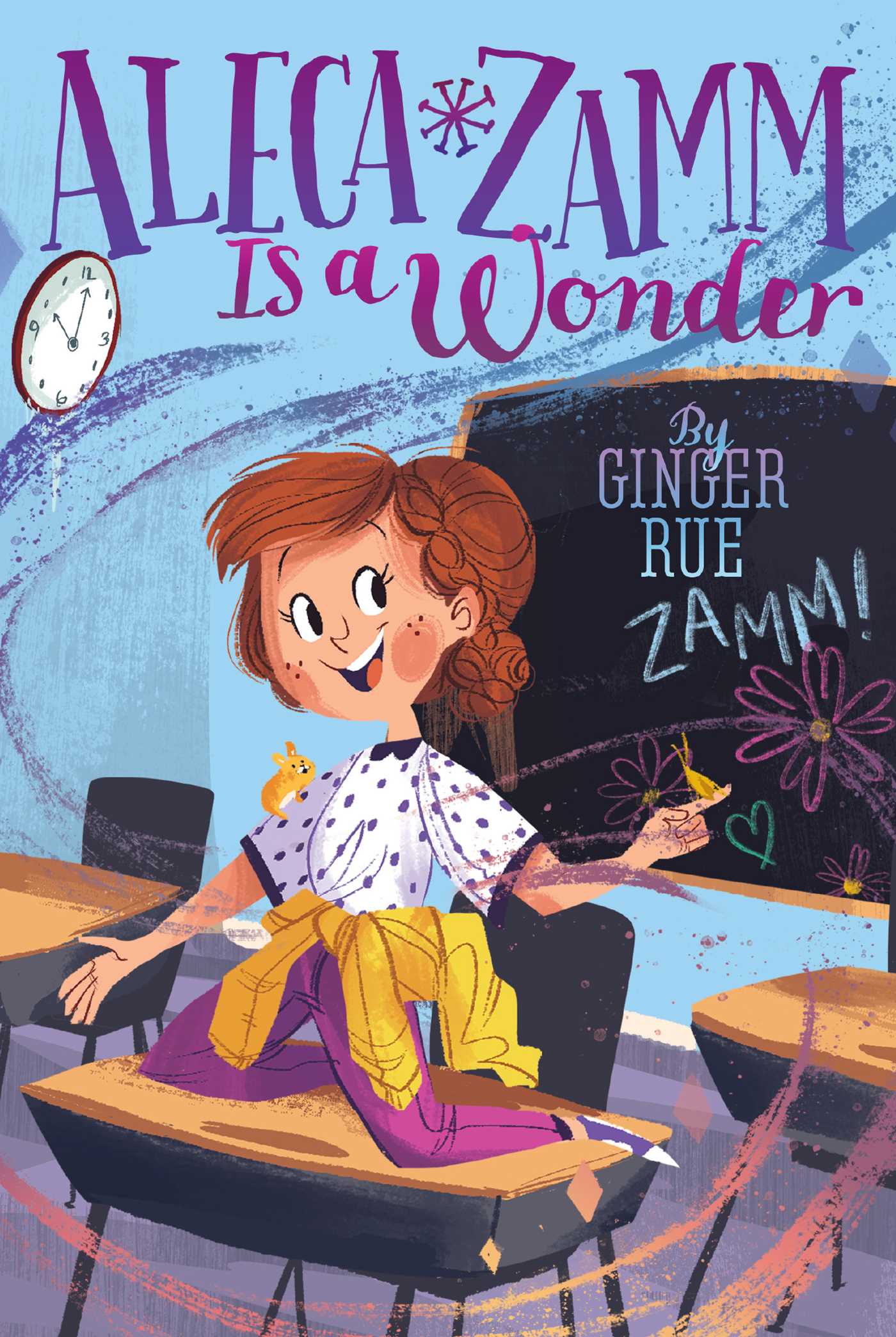 Aleca Zamm Is a Wonder

Meet the wonder-full Aleca Zamm, an ordinary ten-year-old with an extraordinary ability: she can stop time!

Aleca Zamm has finally reached double digits and she still doesn’t have a “thing”—a special talent or ability that will make her stand out. Her best friend, Maria, has a thing (swim team); her sister, Dylan, has a thing (singing); and even her former BFF Madison has a thing (soccer). But Aleca? No. Thing.

Until the day of her tenth birthday when Aleca discovers she can stop time just by saying her name. Suddenly, Aleca has a thing…and life is about to get a lot more interesting!

It turns out that being a Wonder (as her eccentric Aunt Zephyr, who is also a Wonder, calls it) comes with a few caveats, and that stopping time doesn’t go undetected by other Wonders or those who may be searching for them. With her new mentor Aunt Zephyr by her side, Aleca discovers that being special comes with special challenges she never expected.

Aleca Zamm Is a Wonder 1 Everybody’s Got a Thing but Me
“Maybe timed tests aren’t your thing,” my mom said as we waited in the car pool line before school.

“Sure you do,” Mom replied. “Everyone has a thing.”

“But you laugh at all the right places in funny movies,” Mom insisted.

“Being a loser—that’s your thing,” said my sister, Dylan, from the front seat. She could be really mean sometimes, especially since she’d started middle school last year.

“Dylan, that was unkind and uncalled for,” Mom scolded. “And on your sister’s birthday, of all days.” She made Dylan apologize and say happy birthday. Dylan did it, but she didn’t mean it.

Deep down I knew Dylan was right. If I had a thing at all, it was being a loser.

It certainly wasn’t singing, like Dylan . . . or swimming, like my best friend, Maria . . . or soccer or gymnastics or dancing or anything else.

And it sure wasn’t math. Which was why I was so stressed out that morning.

It was Wednesday, so we were having another timed test. I’d practiced at home all weekend, but whenever Mrs. Floberg put a test on my desk, my hands got sweaty and the room started spinning. We were supposed to do fifty problems in three minutes, but I could never finish in time with a 90 percent or better. Which meant that I didn’t get a Jolly Rancher when the tests were returned the following day. Pretty unfair, if you ask me, because (a) Jolly Ranchers are delicious, and (b) Jolly Ranchers given out by a teacher taste better. Don’t ask me why; they just do. Plus, being forced to smell other people’s blue raspberry and cherry Jolly Ranchers while you sit there math shamed is just plain WRONG.

“I know you’re worried about the test today, Aleca,” Mom said, “but all you can do is give it your best shot.”

“Because Mrs. Floberg loves Madison, and Madison can’t stand me.”

“I can’t imagine that your teacher would be childish enough to play favorites, Aleca.”

“I don’t have to imagine it. I live it. Mrs. Floberg knows how bad I am at math, but she always calls on me to work the hardest problems on the board,” I insisted. “She does it to embarrass me.”

“Mrs. Floberg doesn’t care about my potential,” I replied. “Every time it’s the same thing. She calls me up for the hardest problem, I stand there like a dork with no idea what the answer is, and then she says, ‘Is there someone who has been paying attention, unlike Aleca?’ And then Madison raises her hand and solves the problem, and Mrs. Floberg tells her how great and wonderful she is.”

I should’ve been mad at Dylan for calling me a loser again, but really . . . I figured I could use all the luck I could get.
Ginger Rue

Ginger Rue is the author of the middle grade Tig Ripley and Aleca Zamm novels, as well as Brand-New Emily and Jump. She lives in Alabama.

Aleca Zamm Is a Wonder