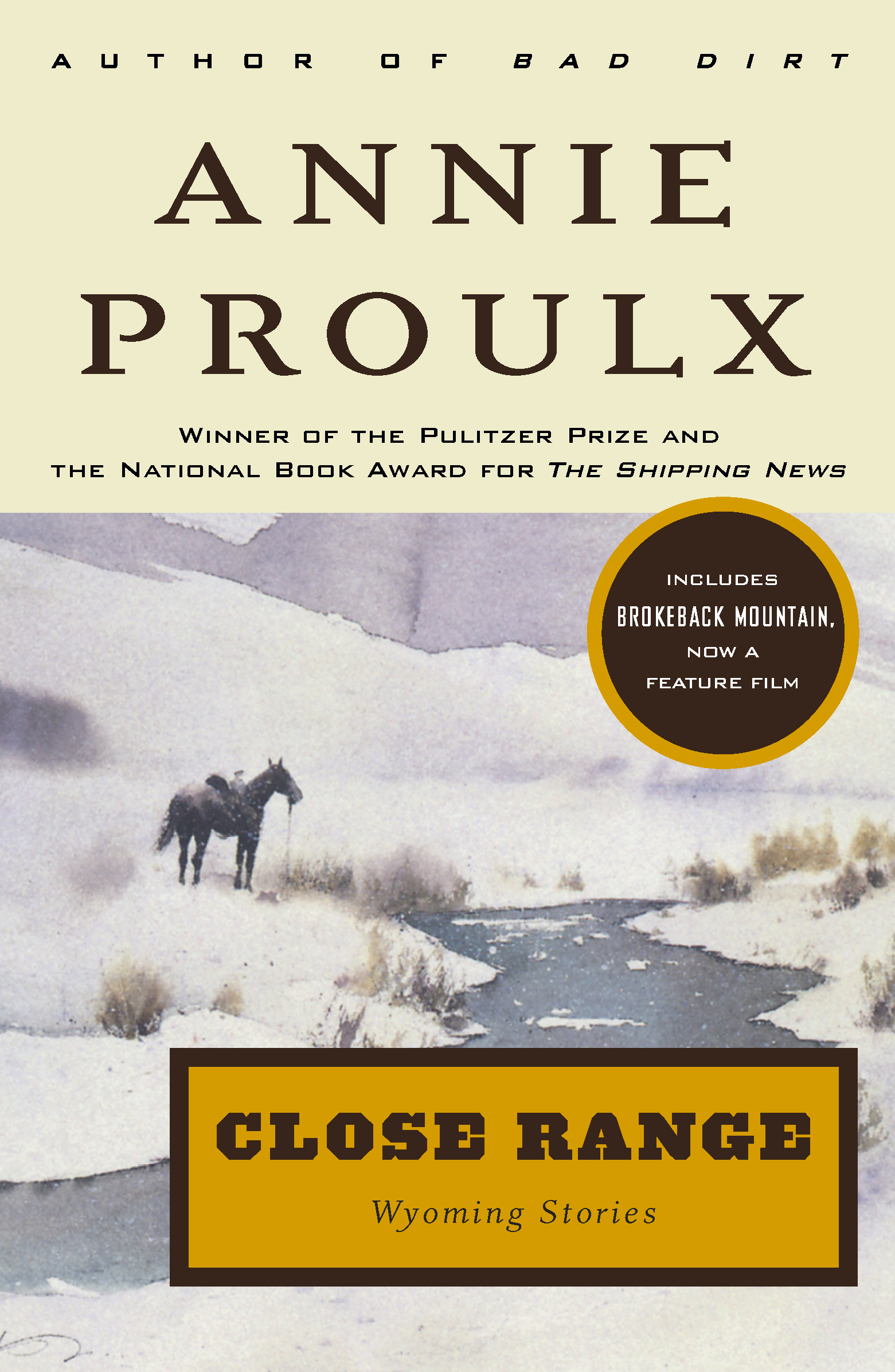 From the Pulitzer Prize–winning and bestselling author of The Shipping News and Accordion Crimes comes one of the most celebrated short story collections of our time.

Annie Proulx's masterful language and fierce love of Wyoming are evident in this collection of stories about loneliness, quick violence, and wrong kinds of love. In "The Mud Below," a rodeo rider's obsession marks the deepening fissures between his family life and self-imposed isolation. In "The Half-Skinned Steer," an elderly fool drives west to the ranch he grew up on for his brother's funeral, and dies a mile from home. In "Brokeback Mountain," the difficult affair between two cowboys survives everything but the world's violent intolerance.

These are stories of desperation, hard times, and unlikely elation, set in a landscape both brutal and magnificent. Enlivened by folk tales, flights of fancy, and details of ranch and rural work, they juxtapose Wyoming's traditional character and attitudes—confrontation of tough problems, prejudice, persistence in the face of difficulty—with the more benign values of the new west.

Stories in Close Range have appeared in The New Yorker, The Atlantic Monthly, Harper's, and GQ. They have been selected for the O. Henry Stories 1998 and The Best American Short Stories of the Century and have won the National Magazine Award for Fiction. This is work by an author writing at the peak of her craft.

Annie Proulx is the author of eight books, including the novel The Shipping News and the story collection Close Range. Her many honors include a Pulitzer Prize, a National Book Award, the Irish Times International Fiction Prize, and a PEN/Faulkner award. Her story “Brokeback Mountain,” which originally appeared in The New Yorker, was made into an Academy Award–winning film. Her most recent novel is Barkskins. She lives in Seattle.

The New York Times Powerful...Read [the stories] for their absolute authenticity and their language, a wry poetry of loneliness and pain.

The Boston Globe Few writers feel equally at home in the novel and the short story...[these stories] are tough as flint and on occasion breathtaking; together they stand with Proulx's best work.

People As she rips away our romantic notions of the West, Proulx asks how capable any of us are of outrunning our origins. Her fatalistic answer, in these stories, adds up to some breathtaking reading.

Richard Eder The New York Times Book Review Geography, splendid and terrible, is a tutelary deity to the characters in Close Range. Their lives are futile uphill struggles conducted as a downhill, out-of-control tearaway. Proulx writes of them in a prose that is violent and impacted and mastered just at the point where, having gone all the way to the edge, it is about to go over.

Michael Knight The Wall Street Journal Ms. Proulx writes with all the brutal beauty of one of her Wyoming snowstorms.

Carolyn See The Washington Post Book World It's the prose, as much as the inventiveness of the stories here, that shines and shines. Every single sentence surprises and delights and just bowls you over.

Michael Upchurch The Seattle Times Book Review Her characters -- stoical, hardheaded, yet willing to be ravaged by the closest available passion whenever the chance presents itself -- crackle and cavort on the page. Served up a full array of life's wayward ecstasies and gut-twisting losses, they resign themselves, in true Proulx fashion, to the damage that loss and ecstasy do....Amen to that, and amen to this book.

Jill Vejnoska Atlanta Journal-Constitution Annie Proulx isn't easy. Little she writes about smacks of the familiar. Where so many successful authors strive to create worlds that are instantly, even comfortably, recognizable to readers, Proulx goes where few others would. It isn't easy, but Close Range is definitely worth it.

Anna Mundow New York Daily News Close Range is not one long dirge simply played in eleven different keys. Each story presents a subtle change of mood and each character inhabits a particular world, a world that Proulx constructs with graceful, devastating sentences.