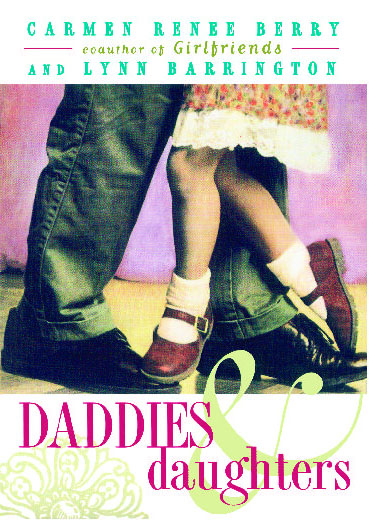 From the bestselling coauthor of Girlfriends comes a poignant celebration of the bond between women and the first men in their lives -- their fathers.
Told in the voices of ordinary people, the stories in Daddies and Daughters take you through a lifetime of experiences, from a father's exultant "It's a girl" to a daughter's eloquent thoughts on the legacy of her father's love. Daughters talk about their fathers as teachers, disciplinarians, protectors, providers, and unfailingly vulnerable pushovers. Fathers reveal how their daughters brought out their protective, responsible, and loving sides and remember both the fears and the pride they felt as their little girls became independent women. By turns funny and sad, joyous and moving, Daddies and Daughters is a remarkable tribute to the extraordinary and enduring father-daughter relationship.

Carmen Renee Berry is the coauthor of the New York Times bestseller Girlfriends. A former psychotherapist, she is currently a certified massage and body worker living in Pasadena, California.

Duane Noriyaki Los Angeles Times Fathers and daughters will find many of their own thoughts reflected in this book.

Chicago Tribune Moving....Interviews with scores of fathers and daughters make this book more than just a collection of clichés.