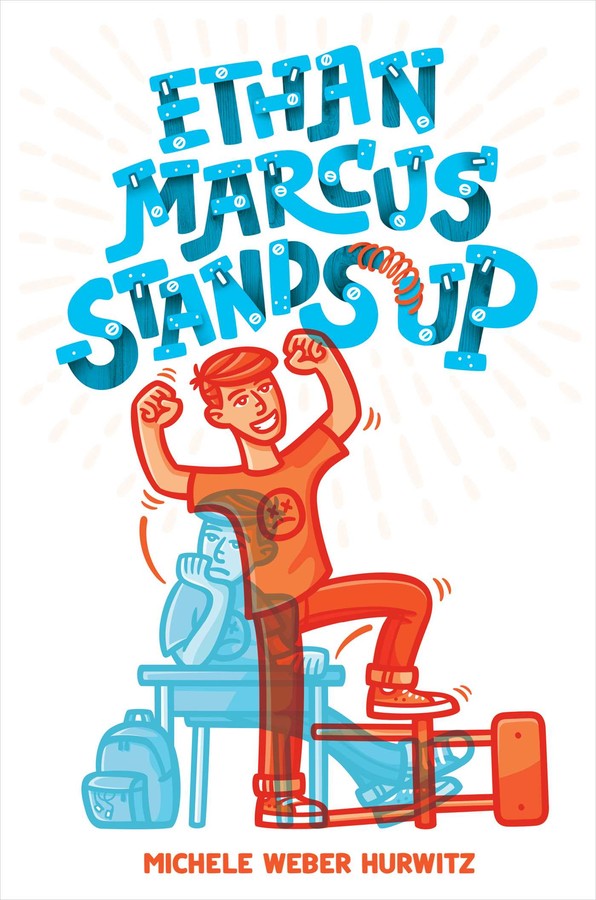 By Michele Weber Hurwitz
PRICE MAY VARY BY RETAILER

“A thoughtful next step for readers of Andrew Clements.” —BCCB

Multiple points of view lead to multiple theories about what really happened after one kid turns a punishment into a protest in this hilarious novel from Michele Weber Hurwitz.

Perennial good kid Ethan Marcus has just done the unthinkable: refuse to stay seated during class. He’s not causing a riot; he’s not wandering around; he’s just sick of sitting. But the rules aren’t designed for Ethan, and so he is sent to the principal’s office.

When Ethan’s sentence results in a Reflection Day—McNutt Middle School’s answer to detention—his faculty advisor suggests that Ethan channel the energy that caused his “transgression” by entering the school’s Invention Day Competition. Ethan is not exactly Mark Zuckerberg, so he doubts his ability to make anything competition-worthy. That’s the department of his slightly older sister Erin. But as Ethan and his buddy Brian get into the assignment, they realize they might actually have something.

Enter Romanov, the resident tech whiz, who refuses to give them tips. But Erin is furious at her formally slacker—now traitor—brother. Meanwhile, Erin’s friend Zoe is steering clear of Erin’s drama after realizing that she may be crushing on Ethan. Then there’s Brian who has bigger things to worry about, and finally loner kid Wesley, who may know more than others realize…

Told in the perspectives of multiple students, discover what really happened on the day that one kid decided to take a stand against sitting down.

Ethan Marcus Stands Up
CHAPTER ONE What Went Down
BRIAN
The thing about this, and what I seriously don’t get here, is that it was Ethan.

The guy’s been my best friend since kindergarten, when we both ran into the bathroom at Zoe Feld-Kramer’s birthday party at the Great Ape Pizza Company. We were terrified of the giant fake (but scarily real-looking) gorillas that “play” in a band on a stage by the tables. Can I just say, the silverback with the tambourine gave me nightmares for weeks.

Anyway, no one, not one single person at McNutt Junior High, would ever describe Ethan Marcus as a troublemaker. You look up “good kid” online and a picture of Ethan would come up, I swear. I’m the one who mouths off, not him.

It all happened so fast. One minute, the Delmanator was going over stuff that’s gonna be on the test and we were all so bored we could barely keep our eyes open. The next minute, Ethan was standing by his desk for some reason and wouldn’t sit down, even though Delman asked him to about five times. The room got real quiet. Ethan said no thank you, he’d had enough sitting for the day. I mean, it was 2:20 at that point. We’d all had enough sitting for the day.

Ethan said, in that super-polite way he has with adults, “If you don’t mind, I’d like to stand for the rest of class.” Delman’s face turned really red, and he said “in fact” he did mind, and told Ethan to “sit down immediately or there will be consequences.”

Right then, I could tell Delman was gonna make Ethan sit, just to be tough and show his authority, but I gotta give Ethan credit for sticking to it. Who knew he had it in him? He stood his ground. Literally. Said that sitting was really bad for you, hadn’t Mr. Delman heard that? And he was going on strike or something. I couldn’t exactly hear that part because the kid behind me had a sudden coughing attack.

Delman looked like he was gonna lose it, so it was unclear whether he’d heard that or not. He must’ve sent an invisible bat signal to the principal, because then Mrs. D’Antonio marched in and sort of took Ethan’s elbow and maneuvered him out the door. And that was the last we saw of him that warm October Monday in seventh-grade language arts.

If you don’t count Wesley Pinto pulling the fire alarm (he claimed he smelled smoke, yeah, right) and Zoe almost blowing up the science lab, what Ethan did was by far the coolest thing that’s ever happened in school this year. He became a legend in less than five minutes.
ERIN
My brother’s gone insane. That’s the only explanation I can come up with.

I was taking my usual detailed notes in LA. We have a big test on figures of speech in two days, and I wanted to make sure I understood all the different terms. They can be quite confusing, you know. Brian Kowalski was breathing louder than usual, directly into my ear, so it was hard to concentrate, but I was doing the best I could under those challenging circumstances.

Then out of nowhere, Ethan stood up and started arguing with Mr. Delman, saying something about a protest. I almost dropped my mechanical pencil. Let me clarify here that Ethan got a C-minus in social studies last year. I’m willing to bet that he never read the chapter on the famous demonstrations in history, so how could he even know what a protest is?

Mr. Delman was talking nicely and calmly, exactly the way you would with a crazy person. I tried catching Ethan’s eye to advise him to sit down so he wouldn’t get in trouble, but he wouldn’t look my way. Then Mrs. D’Antonio came in and escorted him out.

He’ll probably get suspended. What was he thinking? I can’t even begin to imagine. That’s why the only reason I can think of is the insanity plea. I mean, my brother’s made some questionable, rash decisions before, but nothing like this.

The truth is, Ethan’s always had trouble sitting still for long periods of time. Mom and Dad had him tested when he was little, but he didn’t have ADHD. The report said he was a high-energy, super-active kid. So Dad concluded that Ethan had ESD (Ethan Squiggle Disease), which Dad has a little of himself, I think. The two of them at dinner? Up and down like yo-yos. Mom and I just roll our eyes and try to eat in peace. It’s not easy, let me tell you.

Anyway, ESD’s perfectly fine when you’re four or five, but we’re in junior high. You’d think Ethan would be calming down by now.

My stomach was in knots after he left class. I could hardly continue my note taking. I was going to attend the Be Green Club meeting after school with Zoe today, but immediate change of plans. I need to find out what happened to my brother, ASAP.

By the way, Ethan and I aren’t twins, in case you were wondering. Everyone always thinks we are, even though we don’t look anything alike. I look like Mom—impossibly frizzy light brown hair, a pointy chin, exactly five-two and a half.

Ethan looks like Dad—tall and skinny, physically awkward in most situations. We’re eleven months apart. With our September and August birthdays, that puts us in the same grade. Sometimes good, many times not.

FYI, I’m the older one. You probably figured that out already.
ZOE
This is so exciting! No one ever wants to do anything around here. I can’t tell you how many petitions I’ve circulated to save parks, endangered animals, and polluted lakes. Mostly, people sign their name and move on, but I don’t let that bother me. I just have to work harder to convince them how important these things are.

Last summer I volunteered with the forest preserve to help remove invasive plant species. Do you know that invasive plants can destroy native habitats and threaten vital ecosystems? I get upset just thinking about it.

This year, I’m president of the Be Green Club at McNutt. I’m constantly researching ways to make our school more environmentally friendly. There’s so much that can be done! Composting, rain barrels, banning plastic water bottles—and the list goes on. (By the way, I’m looking for more members, because presently, it’s only me and Erin. So if you’re interested, please let me know.)

Anyway, to see someone else championing an issue that’s important to him, well, I actually got tears in my eyes! I wanted to applaud Ethan’s small act of rebellion. Which I did. Softly, under my desk.

Sidebar: I think Ethan is really cute. Please do not tell anyone I said that. Thank you.
WESLEY
This isn’t right, man. This is my territory. This is what I do. Everybody at McNutt knows that. I own trouble, okay, and trouble owns me.

I don’t have a clue what Marcus thought he was doing, but if that skinny dude pulls something like that again, he and I are gonna have to have a serious talk, if you know what I mean. 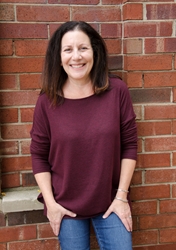 Michele Weber Hurwitz is the author of several books for young readers. The Summer I Saved the World…in 65 Days was nominated for a 2015–16 Pennsylvania Young Readers’ Choice Award. Calli Be Gold was nominated for a 2015–16 Minnesota Youth Reading Award and was on the 2014 Bluestem Readers’ Choice Award nomination list in Illinois. It also was named a starred Best Book by the Bank Street College of Education. She is also the author of Ethan Marcus Stands Up and Ethan Marcus Makes His Mark. She lives in the Chicago area.

Readers with siblings will appreciate this story about rivalry.

The shifting narration (among Ethan and Erin, their two best friends, and the outcast who joins Ethan in Reflection) is smartly effective at giving insight into the friction between brother and sister over the science fair and beyond, and the point that you can’t externally see what drives people is a helpful nudge to empathy.  . . . a thoughtful next step for readers of Andrew Clements.

By Michele Weber Hurwitz
PRICE MAY VARY BY RETAILER