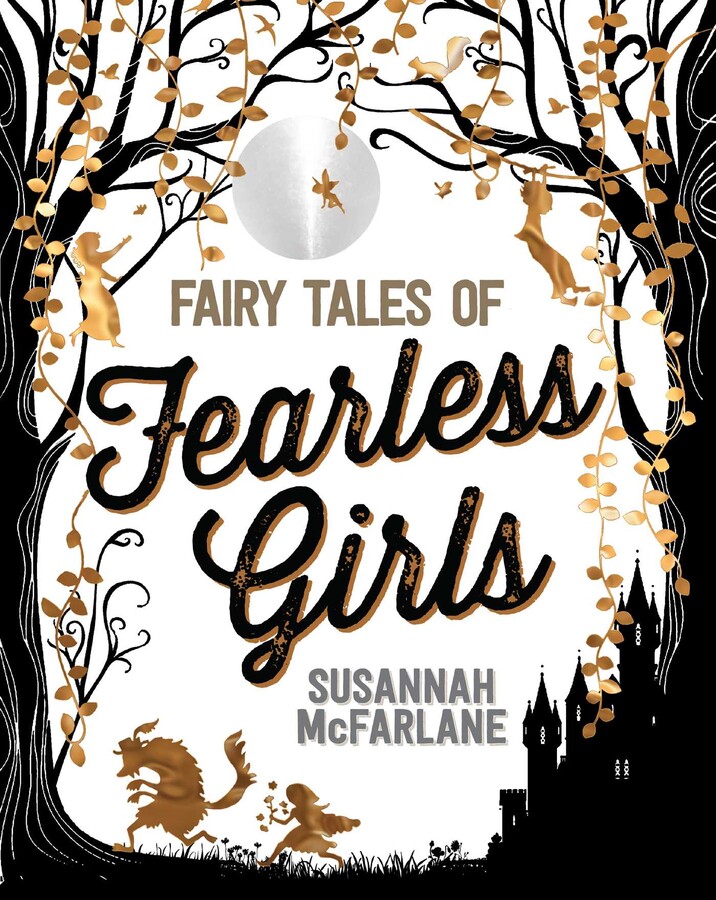 An emboldening, exquisitely illustrated picture book of reimagined fairy tales with a feminist twist, perfect for fans of the classic stories, Disney lovers, and readers of Goodnight Stories for Rebel Girls!

They may be small, but they’re big of heart—
kind and cheerful, brave and smart.
And so with courage, hope, and laughter
they make their own “happily ever after.”

In this treasury of modern fairy tales, the heroines make their own way to happily ever after, and there isn’t a damsel in distress in sight! Rapunzel, Little Red Riding Hood, Cinderella, and Thumbelina don’t let fear or self-doubt hold them back. Using their wits, bravery, honesty, and kindness, they problem-solve their way out of tricky situations. See how Rapunzel invents her way out of her tower or Red Riding Hood outsmarts the wolf!

Each story has a modern twist, a different illustrator, and all the charm of a classic storybook. This sweet and accessible book is perfect for young princes and princesses learning to have courage and follow their hearts. 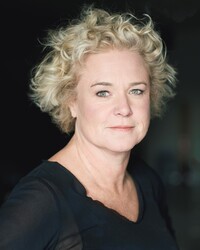 Susannah McFarlane is the founding director of boutique children’s publisher Lemonfizz Media and the author, creator, and publisher of some of Australia’s most successful children’s book series, including EJ Spy School, Boy vs Beast, and Little Mates. Susannah has over twenty years’ experience as a children’s book publisher and worked with some of the world’s leading brands and writers. She actually counts Thomas the Tank Engine and Winnie the Pooh as friends, as well as former colleagues!

Beth Norling is a freelance illustrator, author, and designer with thirty years of experience. She makes original illustrative and design work for print media, fiction and nonfiction, children’s books, book covers, animations, signage, murals, business branding, and much more! Beth’s timeless, thoughtful, and classic style brings whimsy and warmth to all her projects.

Lucinda Gifford is a children’s book author and illustrator based in Melbourne, Australia, and she spends a lot of her time drawing in front of an audience. Lucinda draws in notebooks, on digital screens, on easels, and on huge bits of cartridge paper stuck to walls and windows. Her quirky and dynamic art is featured in many books for young readers.

Claire Robertson is an Australian artist, illustrator, and filmmaker based in Salt Spring Island, British Columbia. She weaves the whimsy of her island life into her work, incorporating the local flora and fauna in her characteristic style. Claire has produced acclaimed short films and is best known for her much loved blog LoobyLu.com, for which she has won many awards and accolades.

Sher Rill Ng is an author and illustrator based in Melbourne, Australia. She graduated from RMIT University with a bachelor’s degree in design and works as a web and mobile designer. Sher Rill also took part in the Imaginism House Workshop, an intensive art training program in Montreal, Canada, where she worked with some of the best artists in the concept art and animation industries. Though she’s branched out into photography, music, and games design, Sher Rill always comes back to her passion: art and illustration.

These four fairy-tale retellings give traditional characters personality and agency. Rapunzel is a maker, always building and inventing. When she decides to free herself, she calls out to a young man and asks him to tie one end of her severed braid to a tree, turning it into a zip line she can ride down to freedom. Lucy, known as Little Red Riding Hood, is a naturalist and is lured off the path to Grandma’s house only by the promise of a rare flower. Her keen observation of the wolf that sends her off-track enables her to recognize him in Grandma’s bed and outsmart him. Cinderella’s kindness extends to animals, and she sells her one remaining glass slipper to start an animal sanctuary, where the prince eventually joins her. Thumbelina nurses a sick swallow to health and in return receives a ride to her true home. Each story consists of three to five chapters. Half- or full-page monochrome illustrations in mauve on each page fit the fairy-tale theme. McFarlane does a lovely job reimagining these female leads as active, clever characters, though some of the old tropes remain (the obsession with Rapunzel’s beauty, which is based on her blue eyes and golden tresses; the ball’s purpose is still for the prince to pick a bride). Rapunzel is White; Red Riding Hood is pictured with brown skin and long, wavy hair; Cinderella and her family are White while the godmother and prince are brown. (The illustrations for “Thumbelina” were not seen.) Not revolutionary, but a considerable improvement. (Fiction. 5-8)

In McFarlane’s four amusingly reimagined fairy tales, hapless heroines are recast as resourceful young women. Rapunzel, an inveterate tinkerer, cuts off her heavy braid and turns it into a zipline to engineer her own escape from the tower: “Rapunzel thought. Rapunzel sketched. Rapunzel planned and pondered.” Little Red Riding Hood cleverly uses her grandmother’s herbal lore to knock out the wolf with a sedative tea. Cinderella thriftily sells her remaining glass slipper to establish an animal sanctuary, where she is joined by a prince who forswears hunting for mucking stables. And a dauntless Thumbelina puns her way (a happy rabbit is “A hoptimist!”) through setbacks to find her own people. Though each tale has a dedicated illustrator, the artwork, rendered throughout in a dull lilac hue, is united by a cartoony sensibility. A satisfying read for children seeking classic tales with a feminist bent. Final art not seen by PW. Publishing simultaneously: Bold Tales of Brave-Hearted Boys. Ages 5–9. (Oct.)

Four re-imagined fairy tales highlight the special gifts of their independent heroines and downplay the harsher elements of the original stories. No princes are blinded, no wolves cut open by woodcutters, and no tiny girls coerced into marrying moles. Ever cheerful and resourceful, Rapunzel builds a bed-making system, creates a skylight in her roof, and ultimately cuts off her long, heavy hair and crafts it into a zipline to escape the tower. Little Red Riding Hood is a collector of flowers, and while easily lured off the path to Grandma's house to seek the checkered drooping tulip, she is also knowledgeable enough to put a wolf to sleep with red poppy tea. Cinderella's mother has taught her to lovingly care for animals; so, after chiding the prince at the ball for his hunting proclivity, she sells her glass slipper and builds a refuge for injured animals. Irrepressible Thumbelina is known for her laughter and repays the creatures who help her reach her true family of little children by telling them jokes. Capably narrated in a light-hearted voice, these stories will appeal most to children already familiar with the original versions. The updated versions of Rapunzel and Little Red Riding Hood in particular have a freshness that makes them the more successful, while the remaining two tales can verge on the saccharine. Although four different artists provide the endearing grayscale illustrations that appear on nearly every page, the book's design is cohesive and attractive. An effort has been made to show heroines of different ethnicities.?Jan Aldrich Solow, Elementary School Librarian, Retired, Kingston, NY