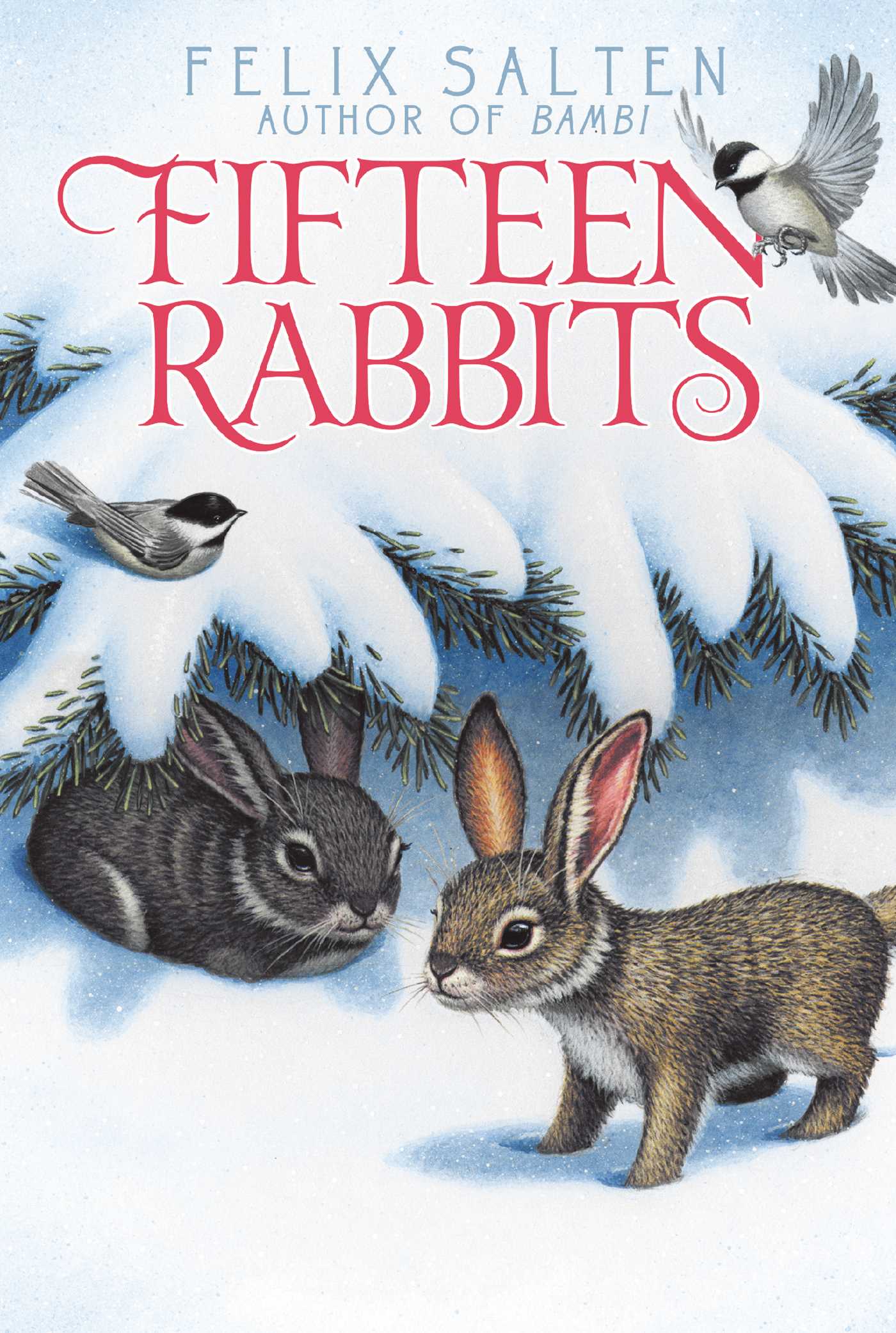 Burrow into this classic tale about a family of rabbits from the author of Bambi.

Hops and his young rabbit friends must face all the triumphs and trials in the first year of life in the woods.

Life is dangerous in the forest, especially for the fifteen young rabbits who are learning to navigate their home. While there are many wonderful things and other animals to get to know—including a deer by the name of Bambi—there are also dangers, and the constant threat of man. In order to thrive, the rabbits must stick together...

Felix Salten’s story of the lives of fifteen rabbits is brought back to life in this beautiful repackage.

Chapter One
WITHOUT CHANGING HER POSITION, HIS mother turned toward him very slightly. But her whiskers moved somewhat more energetically. “Yes, yes!” she said, “you’re getting bigger, Hops my dear. It’s really astonishing how fast you’re growing.”

The diminutive Hops reared himself up straight, sat on his hind legs, raised his ears delightedly. “Where are the others?” he insisted.

The small ears flattened. “You disappear sometimes, too,” he said, “but you come back again.”

His mother kept her nose pressed between her forepaws and was silent.

Hops suspected something bad. “When . . . will the others come back again?”

His mother pressed her head still closer between her forepaws and answered even more softly, “Never.”

“Where are they?” Hops was anxious, but he did not give way to it.

Hops did not quite understand what he heard. But he was alarmed. After a pause he asked, “And I . . . will I be lost, too?”

His mother trembled. “Hops . . . my beloved Hops . . .” She sighed before she continued, “You must take care, must watch out constantly, constantly. Constantly—do you understand? And you must be able to run quickly, quicker than any other creature in the forest.”

“Oh, but Mother,” Hops solemnly affirmed, “I always do watch out. I don’t even know exactly why, but I do watch out.”

“You’re a good boy,” his mother praised him. “Someday you’ll learn for yourself why we must always be on guard. You’re still my little one.”

He began to run, awkwardly, childishly, but with the best of wills. He bounced around his mother, scampering in wider and wider circles.

His mother sat still and watched him. A brief sense of satisfaction warmed her heart. Then she muttered to herself, “One way or another . . . no one can hold one’s children . . .” She let her stately ears droop mournfully and slowly as she repeated the words, “One way or another . . . our children never stay with us . . . there comes a day when they need us no more.”

Hops fell into an ecstasy of running. That little ball of gray wool, as Hops’ mother called him, bounded over the ground, under the fern fronds and lettuce leaves, under the low thin branches of young dogwoods and blackberries. Many of the stalks brushed him softly as they flew back. It was pleasant; it made him want to run still faster.

The forest began to awaken.

A pale light filtered into the thicket through the fresh green of the treetops.

With a loud rustle the pheasants left their roosts, and their metallic calls, splintered and bursting, rang out everywhere. They sounded as though tongues of dazzling flame were flaring up here and there throughout the forest, only to die out again. They sounded like cries regretted even at the very moment of utterance, cries of mingled pain and desire.

High overhead, on the highest, thinnest, topmost branches of the beeches and lindens sat the blackbirds. Seen from the earth they were no bigger than black specks, but the May morning was alive with the haunting and changeable music of their songs.

The oriole’s golden-yellow body darted from tree to tree and exulted as it flew, always with the same inspired notes, as if the sun had just risen.

The angry screaming of the jays shrilled through the air. The dancing, laughing tones in which the magpies chatter could be heard. The bushes were alive with the delicate twittering of the brisk little titmice and the chirping of the hedge-sparrows.

Again and again, from far and near, the cuckoos called.

When Hops came back after his run, his mother was gone.

He did not look for her.

Several other young rabbits came through the underbrush. Here and there, quite close sometimes, sometimes farther off, they bounced and ran or sat erect, their ears pricked up.

Hops, who knew them all, joined their revels.

Felix Salten (1869–1945) was an Austrian author and critic in Vienna. His most famous work is Bambi.