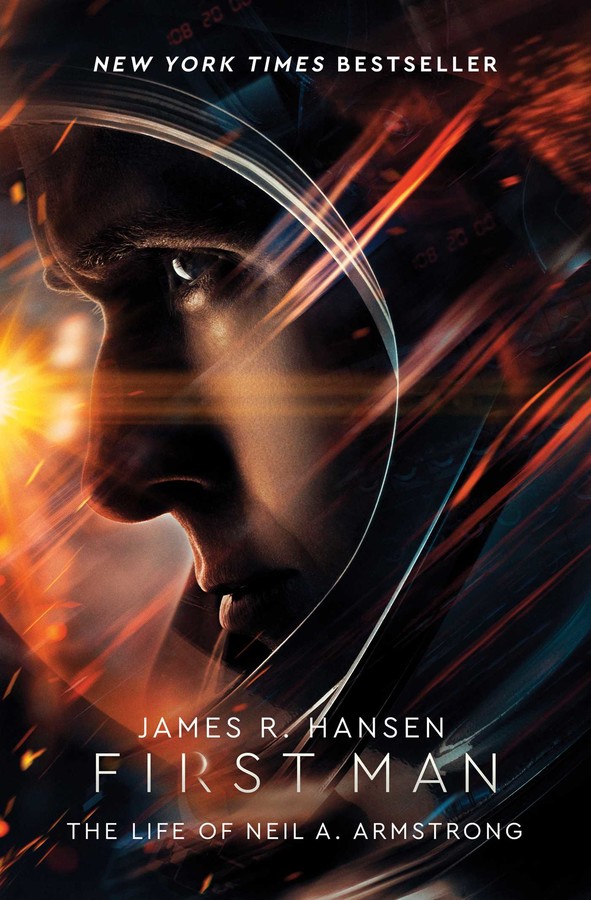 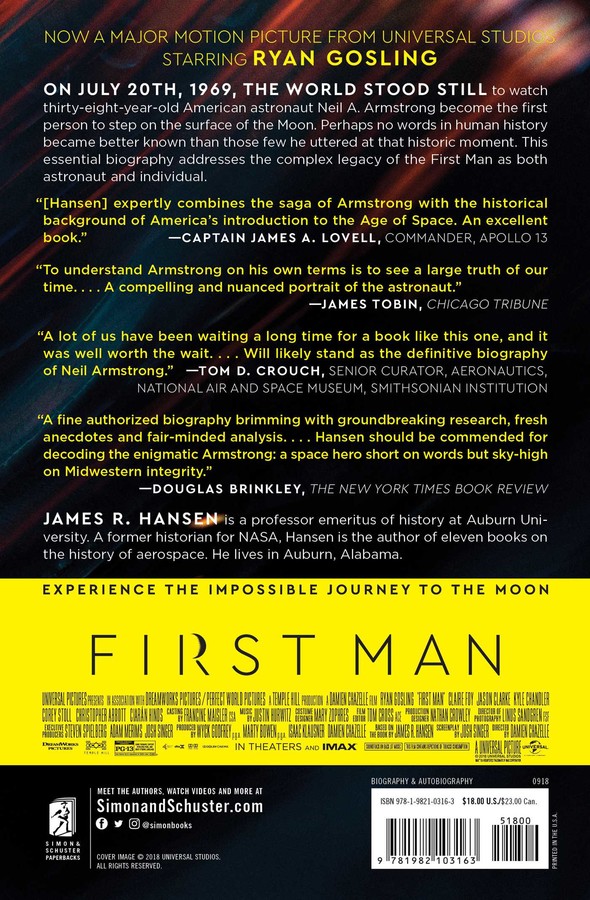 The Life of Neil A. Armstrong

Soon to be a major motion picture, this is the first—and only—definitive authorized account of Neil Armstrong, the man whose “one small step” changed history.

When Apollo 11 touched down on the Moon’s surface in 1969, the first man on the Moon became a legend. In First Man, author James R. Hansen explores the life of Neil Armstrong. Based on over fifty hours of interviews with the intensely private Armstrong, who also gave Hansen exclusive access to private documents and family sources, this “magnificent panorama of the second half of the American twentieth century” (Publishers Weekly, starred review) is an unparalleled biography of an American icon.

In this “compelling and nuanced portrait” (Chicago Tribune) filled with revelations, Hansen vividly recreates Armstrong’s career in flying, from his seventy-eight combat missions as a naval aviator flying over North Korea to his formative trans-atmospheric flights in the rocket-powered X-15 to his piloting Gemini VIII to the first-ever docking in space. For a pilot who cared more about flying to the Moon than he did about walking on it, Hansen asserts, Armstrong’s storied vocation exacted a dear personal toll, paid in kind by his wife and children. For the near-fifty years since the Moon landing, rumors have swirled around Armstrong concerning his dreams of space travel, his religious beliefs, and his private life.

A penetrating exploration of American hero worship, Hansen addresses the complex legacy of the First Man, as an astronaut and as an individual. “First Man burrows deep into Armstrong’s past and present…What emerges is an earnest and brave man” (Houston Chronicle) who will forever be known as history’s most famous space traveler. 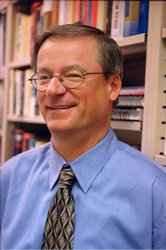 James R. Hansen is a professor emeritus of history at Auburn University. A former historian for NASA, Hansen is the author of twelve books on the history of aerospace and a two-time nominee for the Pulitzer Prize in History. His 1995 book Spaceflight Revolution was nominated for the Pulitzer by the National Aeronautics and Space Administration, the only time NASA ever nominated a book for the prize. He serves as coproducer for the upcoming major motion picture First Man, which is based on his New York Times bestselling biography of Neil Armstrong. Hansen lives in Auburn, Alabama.

“To understand Armstrong on his own terms is to see a large truth of our time . . . [Hansen’s] mastery of detail is put to splendid use. The narrative of the moon mission is crisp and dramatic, the science clear. He deftly takes us back into those few days of global fascination with the adventure of the three distant voyagers and the tense uncertainty about how it would turn out. . . . I finished Hansen’s Apollo story with a wholly fresh sense of awe at the magnitude of NASA’s achievement . . . a compelling and nuanced portrait of the astronaut.”

“A powerful, unrelenting biography of a man who stands as a living testimony to everyday grit and determination . . . A must for astronaut buffs and history readers alike.”

“Ever since Apollo 11’s ‘one giant leap for mankind’ in 1969 the world has wondered who Neil Armstrong really is. Now, at last, Jim Hansen has stripped away the myths and mysteries to bring us face to face with the man himself. This definitive portrait offers many new and fascinating details about Armstrong and his life and about the momentous and unforgettable era of exploration in which he was lucky enough—and talented enough—to play a key role.”

– Andrew Chaikin, author of A Man on the Moon

The Life of Neil A. Armstrong