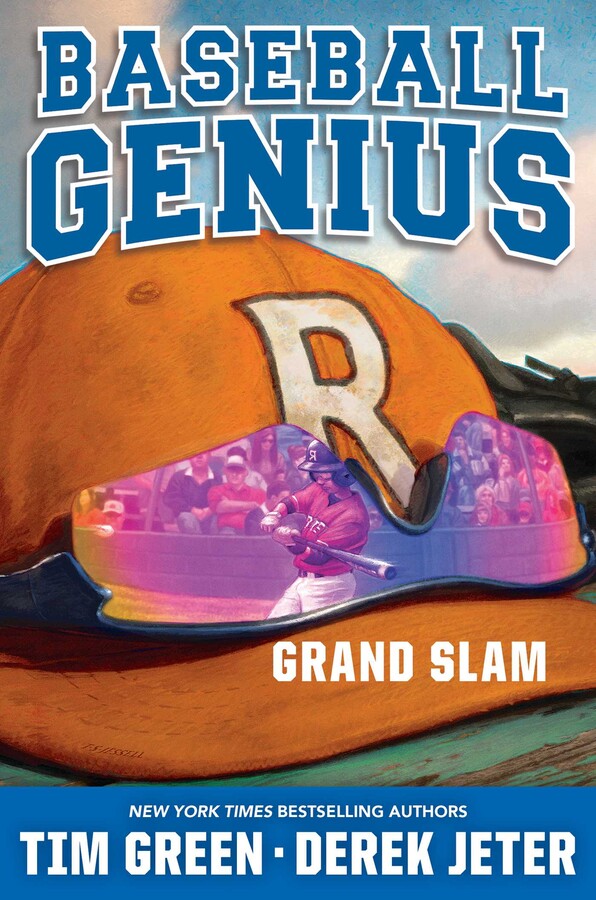 Jalen DeLuca applies his baseball genius to his own playing in the follow-up to Tim Green and Derek Jeter’s New York Times bestselling novel Baseball Genius.

Jalen DeLuca loves baseball. But he’s more than just a fan and a talented player; Jalen is a baseball genius. He can analyze and predict almost exactly what a pitcher is going to do with his next pitch. His unique ability helped him save the career of the Yankees’s star baseman, James “JY” Yager, by signaling the pitches from the stands.

Now turning his focus to his own baseball career, Jalen has to put his genius into action in new and untested ways. But without the stats and information he has on the pro players, analyzing the pitchers seems impossible. And even if he knows what the pitch will be, actually hitting it takes more than intuition.

As if the pressure of the team and drama with his friends weren’t enough, one major event changes everything—Jalen’s mom comes back into his life. Can Jalen work through it all to hit a grand slam and make his baseball dreams a reality?

Chapter 1 1
JALEN WAS TOO AMPED UP from hitting the championship winning home run to leave the field of Harvard Stadium. He’d never experienced anything so thrilling. Could anything ever again be as exciting?

Then the answer appeared out of nowhere.

There she was, tall and upright, with skin as dark as those enormous eyes. She was elegant and majestic, wearing an electric-blue dress with an inky-black flower pattern. Her cheeks had lost some of the roundness he’d seen in her picture so many thousands of times, but the thinner face made her cheekbones more pronounced, reminding Jalen of his best friend Cat’s mom.

He knew who she was. She didn’t have to say it, even though she did, and the words were the sweetest sounds he’d ever heard.

Jalen’s eyes darted between this amazing woman in the blue dress and the woman with her, Emery, the private detective he’d hired. Stepping forward, Emery nodded. “Meet your mom. Elizabeth.”

Ever since he could remember, Jalen had longed for his mother’s return. Now, this surprise reunion unleashed a million thoughts and feelings. His mind filled with questions, but his throat choked back any words.

He couldn’t stop looking, comparing himself to her. He was almost as tall as she was. Suddenly his mother flung open her arms, reached out, and hugged him. He hugged her back fiercely, wanting to be sure this was real.

“My baby,” she said with her nose buried in the dark curly hair near his ear. “I am so sorry.”

“Everything’s okay,” he said, overcome by her closeness and fighting not to lose it.

She squeezed him even tighter.

“Did you see my hit?” He pulled back, but she kept hold of his hand.

“I did see—a home run for the win. It’s a good sign.” She smiled, and her teeth sparkled in the late afternoon sun. The bright blue dress she wore reminded him of blue paint in the art room.

“For us. That it will be good.” She glanced at everyone standing around them in silence. “Your friends?”

“Yes.” Jalen turned to them, gesturing with his free hand. “JY—James Yager from the Yankees. Maybe you recognize him.”

“I’m sorry that I don’t, but I’m glad to know you. Please call me Liz.” She shook JY’s hand. “When Emery found me, she told me you were helping Jalen with his search.”

“This is Cat, my best friend, and her mom, Mrs. Hewlett, and Daniel, my other best friend.”

His friends shook hands and Cat’s mom said, “So very nice to meet you. You have a fine boy.”

“Fine.” His mother sighed and looked at him with just the hint of a smile. “I have a fine boy.”

“I think we’ll give the two of you some time without us all gawking,” Cat’s mom said.

Emery patted his back and said, “We’ll talk later.”

Jalen’s mom was still holding his hand, but then he pulled away, uncertain how he felt. Unsure how to act.

“What about the team? The bus?” he asked, feeling guilty that thoughts about the game and his dad were suddenly crowding his mind.

Cat’s mom began herding Cat and Daniel and JY and even Emery toward the parking lot.

“I’ll get your gear to the bus, amigo.” Daniel headed to the dugout.

“Thanks,” Jalen called, turning back to his mom.

She reached out again for his hand. Beyond her Jalen could see the rows of seats so recently filled with fans and food and noise and celebration.

He knew that she wanted him to look at her, and so he did. “Yes?” Her big dark eyes glowed. A black band held her long curly hair—so like his—off her face.

“At first I didn’t let myself think about you. It hurt too much. And then I had a chance to come back to the States and perform. I have a weekend gig in Boston. When Emery first contacted me, I couldn’t believe you’d forgive me.… I came to the games yesterday, too.” Tears spilled down her cheeks. “I’m sorry to get all jumbled up. I’m just so excited.”

He could see how badly his mother wanted everything to be better—all at once—but he shook his head. “I don’t get it, just not thinking enough about your own son. Not caring enough about me to call or write. Not ever.”

She stretched out her other hand and touched Jalen’s arm, blinking back tears. “I know. I’m sorry. For everything.”

The only response Jalen could muster was to listen to her words and nod, as his eyes searched her face.

She turned, and he went with her, still feeling like it was unreal. “Um, what happened? I mean, why did you go?”

“Dad said you had a dream. He said you needed to go.”

She relaxed a little. “Yes. That’s right. I’m a singer. I had an amazing opportunity. I thought it was worth everything. I believed I could make it big. I still do, but nothing is as easy as you dream it will be. I’ve been so close, Jalen.… I’ve learned that anything worth having never comes easy.”

“I’m gonna play in the big leagues,” he said, jamming a thumb into his chest.

“See? That’s your dream.” She stopped and gestured with her hands. Her long fingers fluttered like wings. “You need to follow that dream. We don’t get many chances to make it come true.”

A jazzy ringtone shattered the moment. His mom fumbled in her purse, found her phone, and listened intensely.

“Oh no!” she said. “I’ll be right there.” She ended the call and looked at Jalen.

Jalen couldn’t believe it. “But we just met.”

She gave him a quick hug and dashed away.

His eyes followed her until she reached the corner of the stadium.

The flash of her bright blue dress was the last image he had before she disappeared from sight. She never looked back. 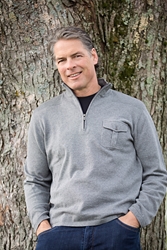 Tim Green was an NFL first-round draft pick and a star defensive player for eight years with the Atlanta Falcons. He is the New York Times bestselling author of dozens of books for adults and kids including The Dark Side of the Game, The Fifth Angel, Exact Revenge, Football Genius, Football Hero, Kid Owner, and Left Out. Tim graduated co-valedictorian with a degree in English literature from Syracuse University before earning a law degree with honors. He has been an NFL commentator for FOX Sports and NPR. Tim and his family live in upstate New York. 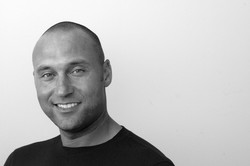 Derek Jeter is a fourteen-time All-Star and five-time World Series winner who played for one team—the storied New York Yankees—for all twenty seasons of his major league career. His grace and class on and off the field have made him an icon and role model far beyond the world of baseball.