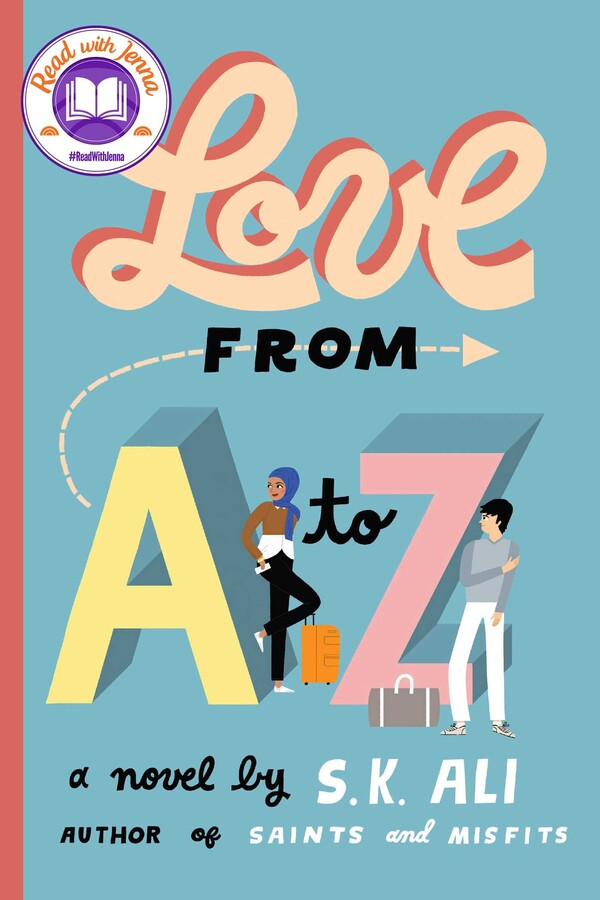 By S. K. Ali
PRICE MAY VARY BY RETAILER

From William C. Morris Award Finalist S.K. Ali comes an unforgettable romance that is The Sun Is Also a Star meets Anna and the French Kiss, following two Muslim teens who meet during a spring break trip.

A marvel: something you find amazing. Even ordinary-amazing. Like potatoes—because they make French fries happen. Like the perfect fries Adam and his mom used to make together.

An oddity: whatever gives you pause. Like the fact that there are hateful people in the world. Like Zayneb’s teacher, who won’t stop reminding the class how “bad” Muslims are.

But Zayneb, the only Muslim in class, isn’t bad. She’s angry.

When she gets suspended for confronting her teacher, and he begins investigating her activist friends, Zayneb heads to her aunt’s house in Doha, Qatar, for an early start to spring break.

Fueled by the guilt of getting her friends in trouble, she resolves to try out a newer, “nicer” version of herself in a place where no one knows her.

Then her path crosses with Adam’s.

Since he got diagnosed with multiple sclerosis in November, Adam’s stopped going to classes, intent, instead, on perfecting the making of things. Intent on keeping the memory of his mom alive for his little sister.

Adam’s also intent on keeping his diagnosis a secret from his grieving father.

Alone, Adam and Zayneb are playing roles for others, keeping their real thoughts locked away in their journals.

Until a marvel and an oddity occurs…

MARVEL: TWO SATURDAYS IN MARCH
ON THE MORNING OF SATURDAY, March 14, fourteen-year-old Adam Chen went to the Museum of Islamic Art in Doha.

A thirteenth-century drawing of a tree caught his gaze. It wasn’t particularly striking or artistic. He didn’t know why this tree caused him to stride forward as if magnetized. (When he thinks about it now, his guess is thus: Trees were kind of missing in the landscape he found himself in at the time, and so he was hungry for them.)

Once he got close, he was rewarded with the name of the manuscript that housed this simple tree sketch: The Marvels of Creation and the Oddities of Existence.

He stood there thinking about this grand title for a long moment.

Then something clicked in his mind: Maybe that’s what living is—recognizing the marvels and oddities around you.

From that day, he vowed to record the marvels he knew to be true and the oddities he wished weren’t.

Adam, being Adam, found himself marveling more than ruminating on the weird bits of existing.

We pick up his Marvels and Oddities journal on March 7, four years after that Saturday at the Museum of Islamic Art.

Eighteen now, Adam is a freshman in college, but it’s important to know that he has stopped going to classes two months ago.

He has decided to live.

On the very late evening of Saturday, March 11, sixteen-year-old Zayneb Malik clicked on a link in her desperation to finish a project. She’d promised a Muslim Clothing Through the Ages poster for the Islamic History Fair at the mosque, and it was due in nine hours, give or take a few hours of sleep.

Perhaps it was because of the late hour, but the link was oddly intriguing to a girl looking for thirteenth-century hijab styles: Al-Qazwini’s Catalogue of Life as It Existed in the Islamic World, 1275 AD.

The link opened to an ancient book.

The Marvels of Creation and the Oddities of Existence.

A description of the book followed, but Zayneb could not read on.

“Marvels” and “oddities” perfectly described the reality of her life right then.

The next day, after returning from the history fair (and taking a nap), she began a journal and kept it going for the next two years, recording the wonders and thorns in the garden of her life.

Zayneb, being Zayneb, focused on the latter. She dedicated her journal entries to pruning the prickly overgrowth that stifled her young life.

By the time we meet her at eighteen, she’s become an expert gardener, ready to shear the world. 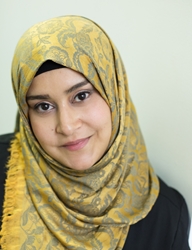 S. K. Ali is the author of Saints and Misfits, a finalist for the American Library Association’s 2018 William C. Morris Award and the winner of the APALA Honor Award and Middle East Book Honor Award; and Love from A to Z, a Today show’s Read with Jenna Book Club selection. Both novels were named best YA books of the year by various media including Entertainment Weekly and Kirkus Reviews. She is also the author of Misfit in Love. You can find Sajidah online at SKAlibooks.com and follow her on Instagram @SKAlibooks and on Twitter at @SajidahWrites.

This book gave me butterflies. Love From A to Z is the bighearted, wildly charming, painfully real love story I’ve been waiting for.

What makes Zayneb and Adam different is not their faith but their ability to learn from and love one another in a world hurling obstacles their way...Heartfelt and powerful.

Heartfelt, honest, and featuring characters readers will fall in love with, this is sure to become a beloved book for many.

In Love from A to Z, S.K. Ali once again takes an unflinching and moving look at the intricacies of life as a Muslim teen in an imperfect, multi-cultural world. Beautiful.

Love From A to Z ends up being a compulsively readable, beautifully romantic look at how fate can intervene when we might just need it the most.

This is a beautiful, complex, and important book. I hope that all libraries will get this on their shelves and on display. A wonderful story that centers the Muslim experience and shows the power of anger, peace, and connection.

[Adam and Zayneb] are exceptionally appealing as their well-integrated faith leads them in different ways to seek peace, justice, and each other.

By S. K. Ali
PRICE MAY VARY BY RETAILER