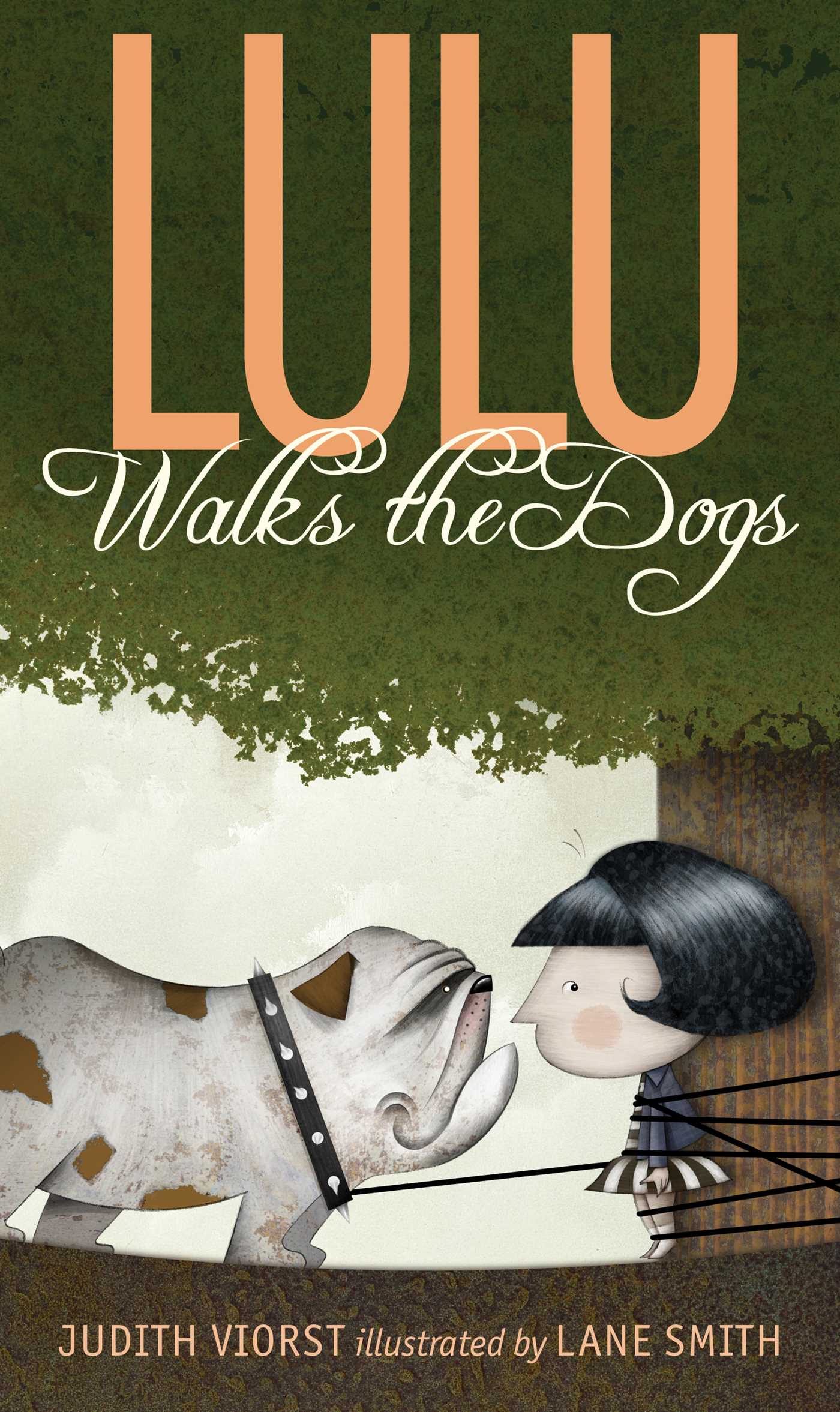 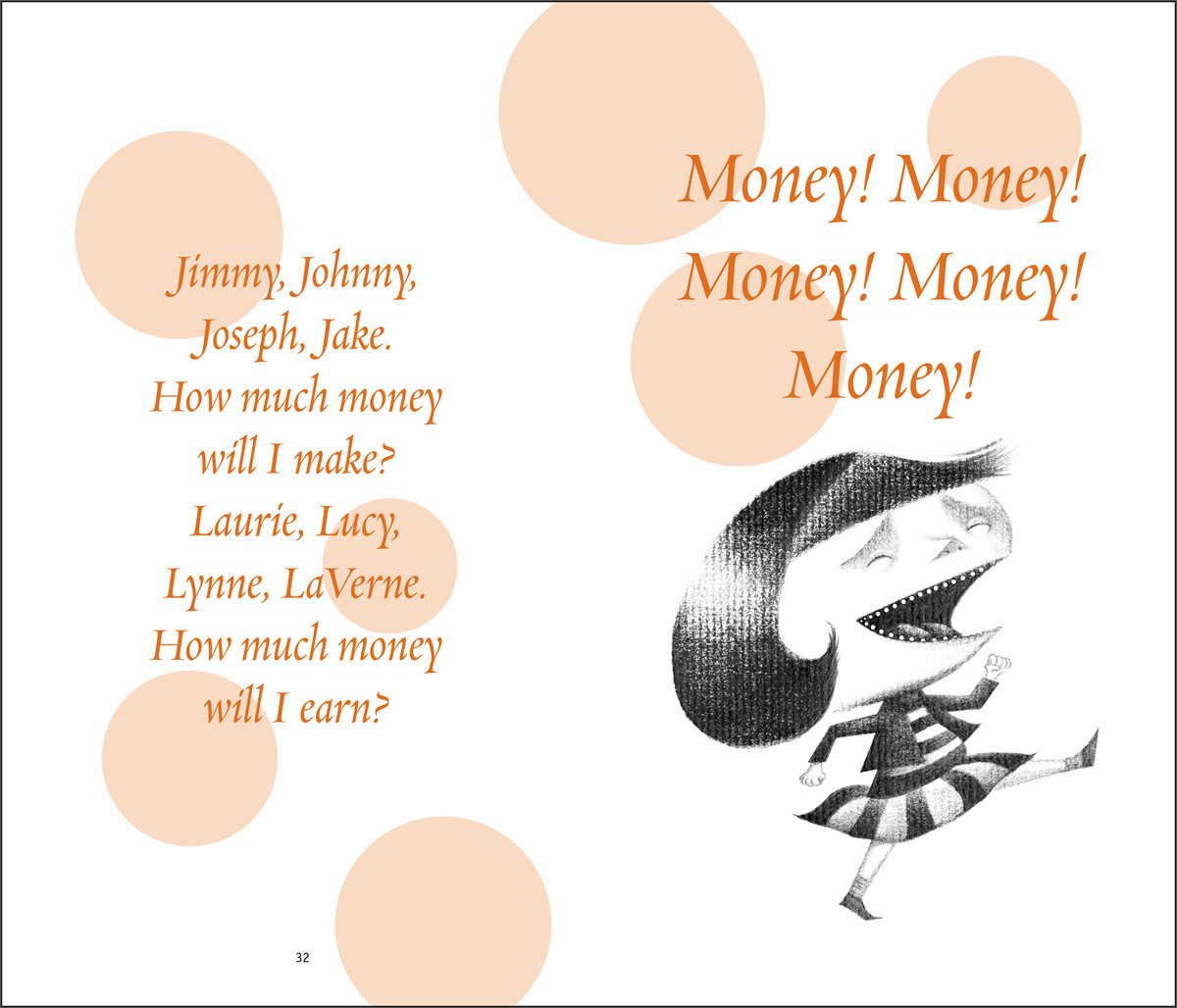 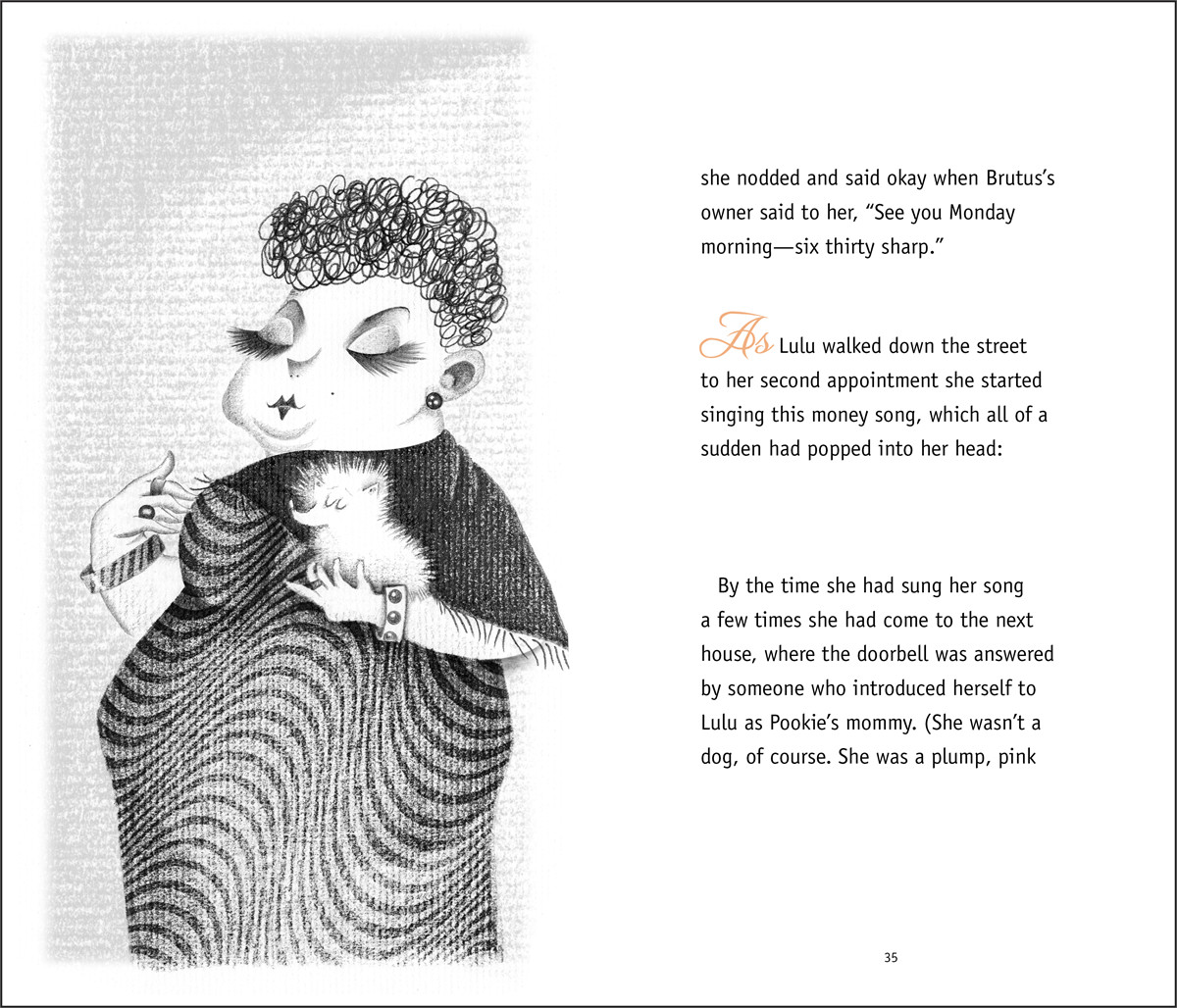 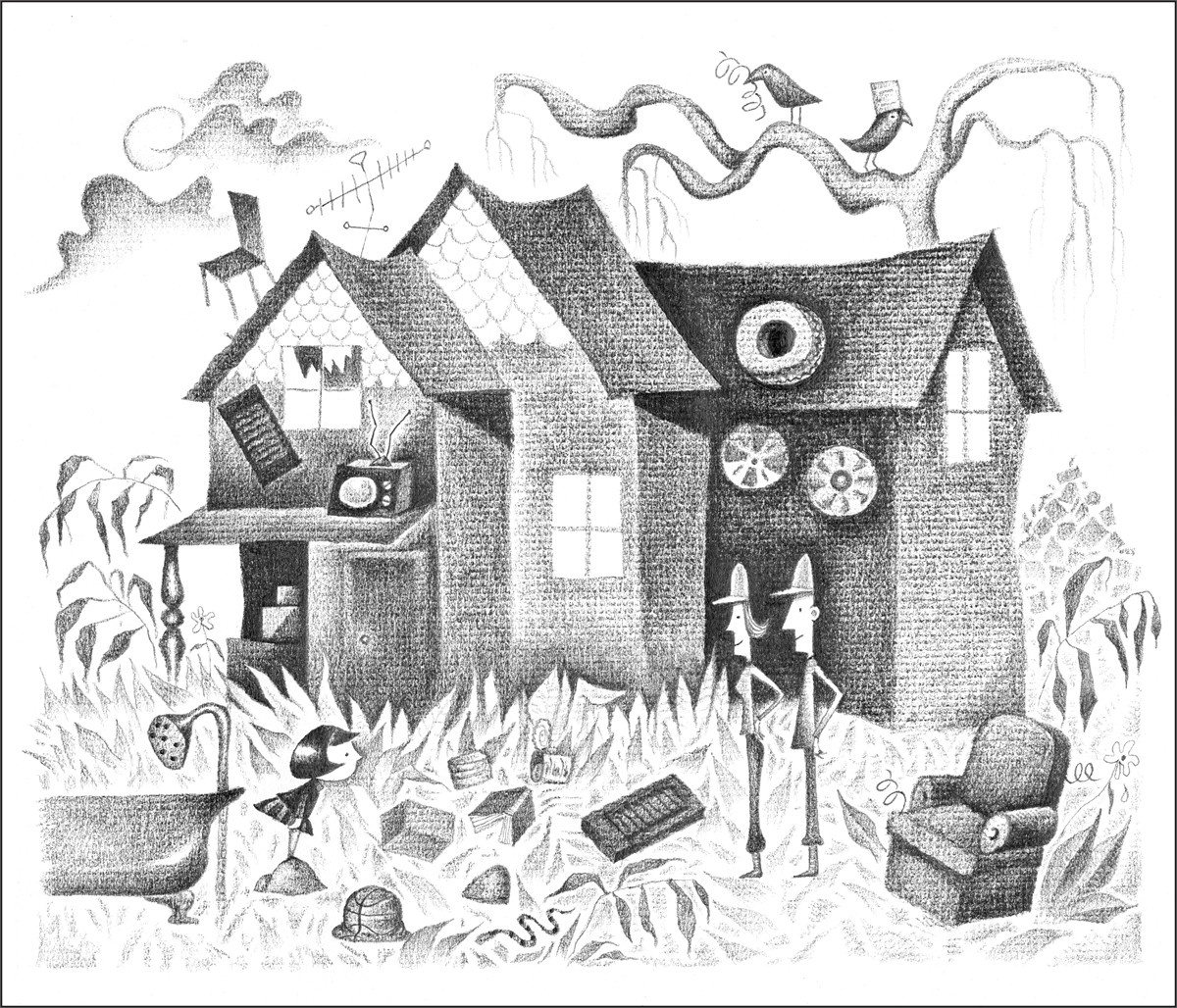 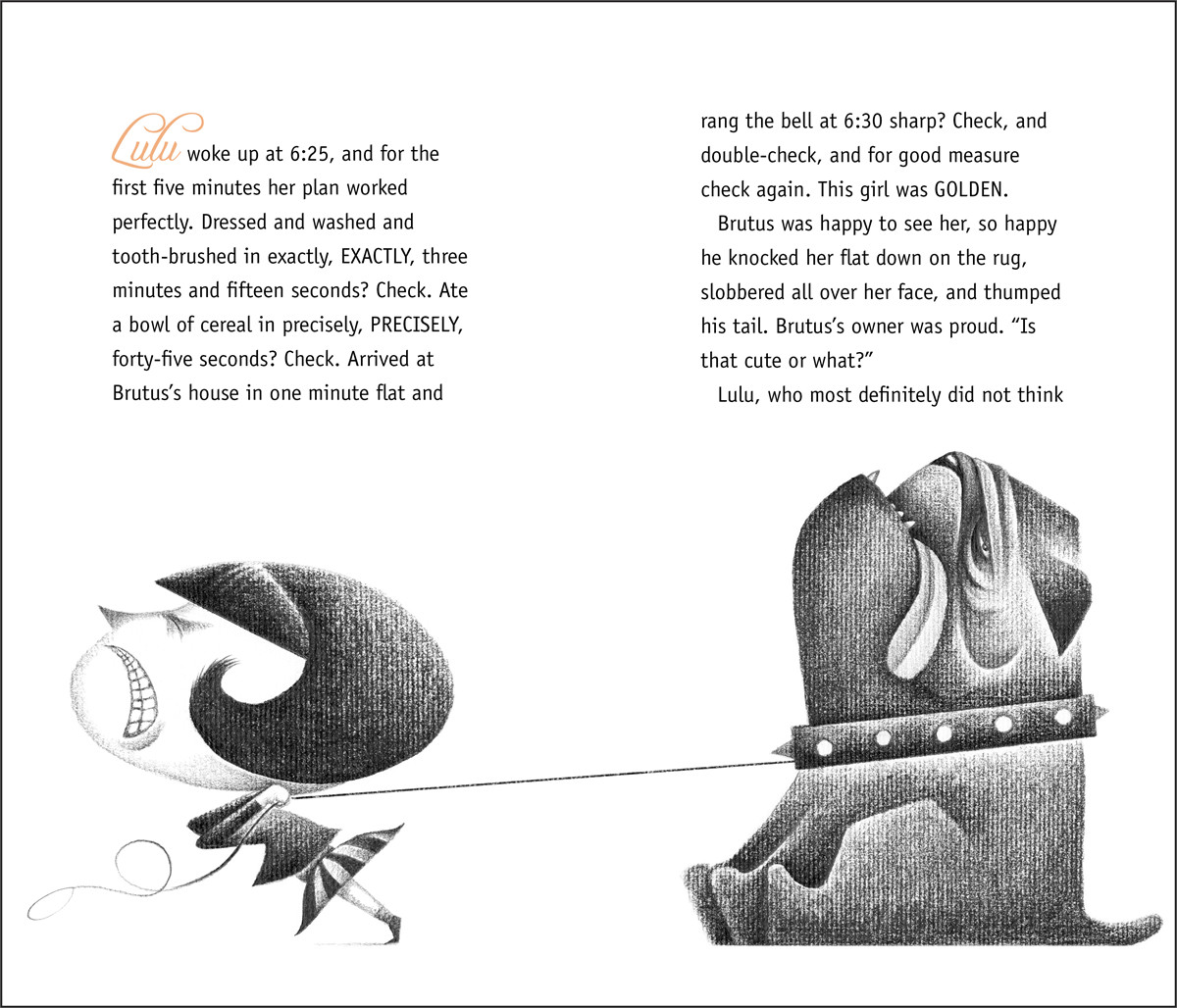 Feisty Lulu sets out to make some dough in this illustrated chapter book with “plenty of appeal” (Kirkus Reviews) from children’s book legends Judith Viorst and Lane Smith.

The stubbornly hilarious Lulu has decided it’s time to buckle down and earn some cash. How else can she save up enough money to buy the very special thing that she is ALWAYS and FOREVER going to want? After some failed attempts at lucrative gigs (baking cookies, spying, reading to old people), dog walking seems like a sensible choice. But Brutus, Pookie, and Cordelia are not interested in making the job easy, and the infuriatingly helpful neighborhood goody-goody, Fleischman, has Lulu at the end of her rope. And with three wild dogs at the other end, Lulu’s patience is severely tested. Will she ever make a friend—or the money she needs?

In this standalone sequel to Lulu and the Brontosaurus, children’s book legends Judith Viorst and Lane Smith once again prove that even the loudest, rudest, and most obstinate of girls can win us over. 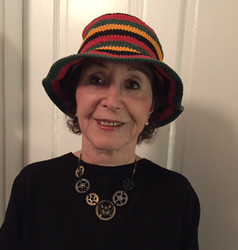 Judith Viorst is the author of the beloved Alexander and the Terrible, Horrible, No Good, Very Bad Day, which has sold some four million copies; the Lulu books, including Lulu and the Brontosaurus; the New York Times bestseller Necessary Losses; four musicals; and poetry for children and young adults. Her most recent books of poetry include What Are You Glad About? What Are You Mad About? and Nearing Ninety. 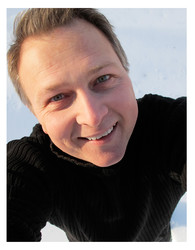 Lane Smith is the author-illustrator of Grandpa Green and the illustrator of The Stinky Cheese Man and Other Fairly Stupid Tales, both Caldecott Honor winners. His books have appeared on the New York Times Best Illustrated list four times, and several of his books, including It’s a Book and John, Paul, George & Ben, have been New York Times bestsellers. He lives with book designer Molly Leach in rural Connecticut, and can be visited at LaneSmithBooks.com.

“The second hilarious episode to feature feisty Lulu (Lulu and the Brontosaurus, 2010), who almost always gets what she wants…. Smith’s droll illustrations interspersed throughout the text add to the humor and developing conflict…the short, funny chapters, over-the-top characters and engaging artwork will give this one plenty of appeal, especially to kids just venturing into chapter-book territory.”

“Lulu still has a world-class case of self-absorption, but her arguing skills have matured a bit since Lulu and the Brontosaurus…. This extended comic fable is rife with authorial intrusion: Viorst ensures that readers are having fun, getting the point, and noticing her fictional ploys (“In actual life this almost never could happen. In the stories I write, things like this happen a lot. Deal with it”). Fortunately, these asides really are funny. Smith is in fine form with his pencil illustrations, especially the caricatures of Lola’s three canine charges—“bigheaded, bad-breathed brute” Brutus, “teeny-tiny white fuzzball” Pookie, and elusive German-comprehending dachshund Cordelia—and the owners they resemble.”

"Viorst’s narrator-heroine, enjoying a fresh turn after “Lulu and the Brontosaurus,” is full of ‘tude and doesn’t care if you don’t like it. A child of entitlement, Lulu is nonetheless told she needs to earn money for her latest heart’s desire. Dog walking teaches her a lesson. Lulu feels like a cousin of, and a step up the chapter book ladder in difficulty from, Junie B. Jones. Smith’s sharp-eyed charcoals add kick."

“In this sequel to Lulu and the Brontosaurus (S & S, 2010), the incorrigible Lulu, oft indulged by her parents, is desperate for ways to make money to pay for a mysterious something that they absolutely cannot afford…hilarious narration with much editorial wisecracking and frequent asides directed to readers. The story moves along quickly, variations in page layout and typeface add interest, and Smith’s stylized black-and-white drawings are a big part of the fun. A perfect choice for transitional readers.”

More books in this series: The Lulu Series