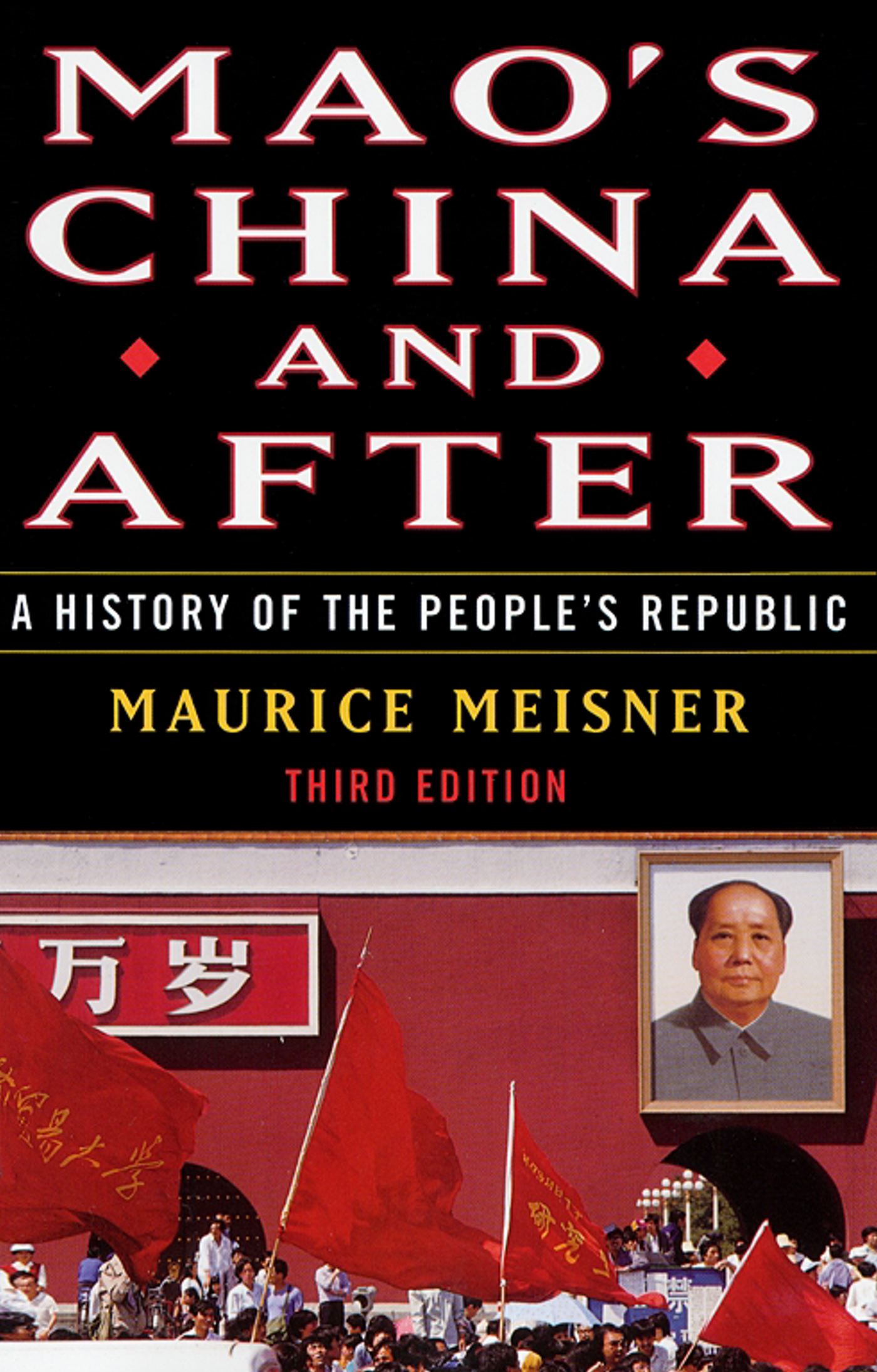 Mao's China and After

A History of the People's Republic, Third Edition

By Maurice Meisner
PRICE MAY VARY BY RETAILER

In this much-anticipated revision, Maurice Meisner again provides piercing insight and comprehensive coverage of China's fascinating and turbulent modern history. In addition to new information provided throughout this classic study, the new Part Six, "Deng Xiaoping and the Origins of Chinese Capitalism: 1976-1998," analyzes the country's uneasy relationships with democracy, socialism, and capitalism. Meisner incisively displays the contrasts between China's speech and actions regarding these subjects. Retaining the elegance, lucidity, fairness, insightfulness, and comprehensiveness he is known for, Meisner moves far beyond his previous work to paint a never-before-seen portrait of the political and social realities of China on the brink of the millennium, and the global implications of its rise to economic and political power.

Foreign Affairs Of the thousands of books that have been written about contemporary China, only a few will stand the test of time. This is one of them.

William W. Finan, Jr. Editor, Current History With this new edition, Maurice Meisner deftly places the "new" China that so captivates the West into the historical stream of policies, politics, and personalities that have ruled the country since Mao's 1949 revolution. His work is a refreshingly clear exposition of the contradictions and continuities that define China today.

Zhiyuan Cui Professor of Political Science, MIT Splendidly relates the human drama of the Chinese people and their leaders, with empathetic understanding and constructive criticism.

Lin Chun London School of Economics One of the foremost historians of our time, Professor Meisner offers a brilliant analysis in this new edition of the irony of Chinese socialism and of the origins of Chinese capitalism: the single most important theme in an age of catastrophic "transitions," with implications that go far beyond the border of the PRC.

William A. Joseph Chair, Department of Political Science, Wellesley College A superb and much-needed updating of a book that has been the definitive text on the history of the People's Republic of China....A deeply thoughtful and thought-provoking account of the socioeconomic, political, and ideological consequences of China's move toward the market in the post-Mao era....enriching and enthralling.

Mao's China and After

A History of the People's Republic, Third Edition

By Maurice Meisner
PRICE MAY VARY BY RETAILER