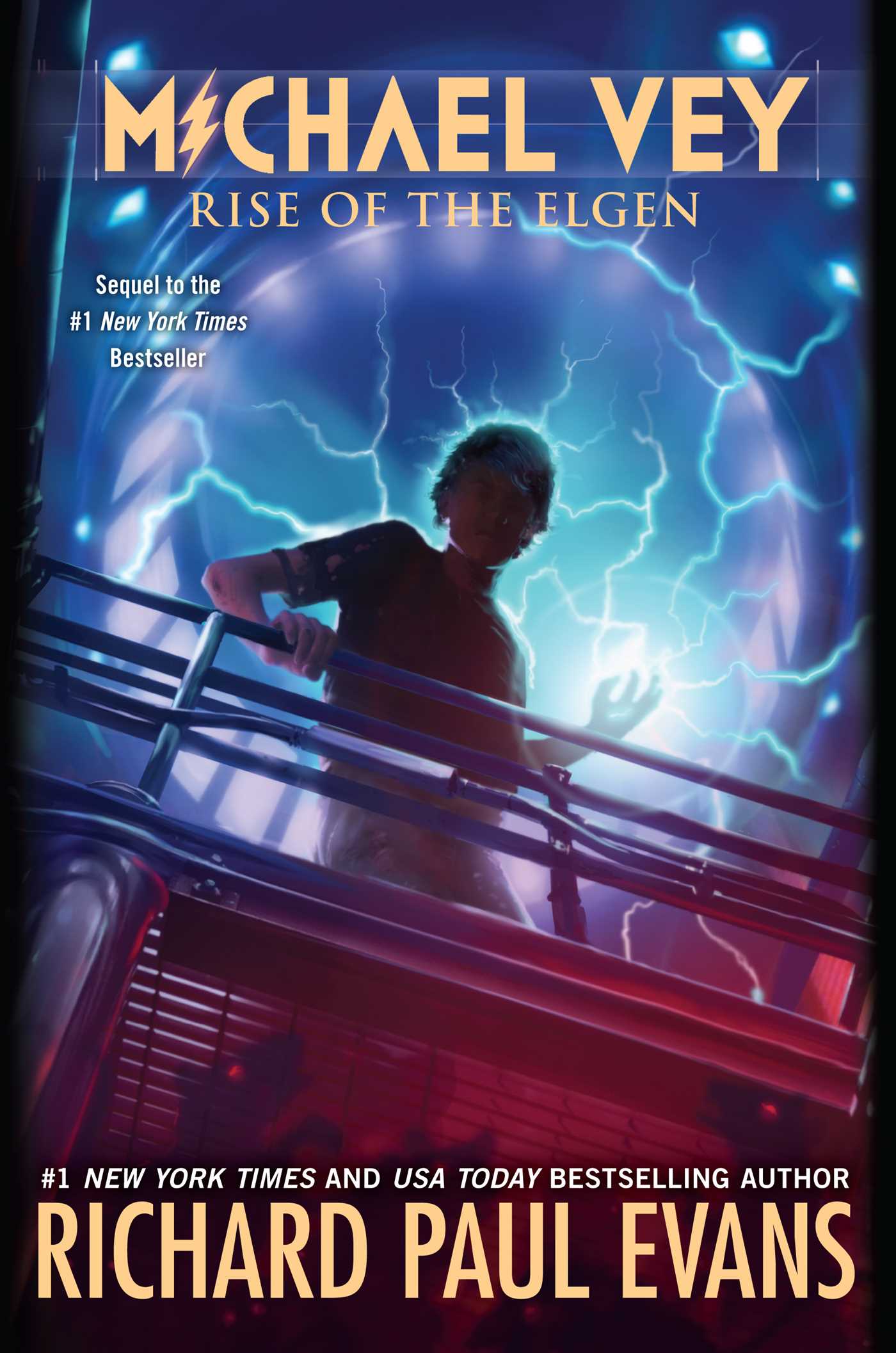 Michael must save his mother—and protect his powers—in the electric sequel to the #1 New York Times bestselling Michael Vey, from Richard Paul Evans.

I rolled over to my back, struggling for breath. The pain continued to pulse through my body—a heavy throb followed by a sharp, crisp sting.
The man said, “Trust me, there are worse things in this world than Cell 25.”

Michael, Taylor, Ostin, and the rest of the Electroclan have escaped from the Elgen Academy in Pasadena and are headed back to Idaho to plan their next move. But what’s waiting for them there will change everything.

After using their wits and powers to narrowly escape an Elgen trap, a mysterious voice leads the Electroclan to the jungles of Peru in search of Michael’s mother. Once there, they discover that Dr. Hatch and the Elgen are far more powerful than anyone realizes; entire countries have begun to fall under their control. Only the Electroclan and an anonymous voice now stand in the way of the Elgen’s plan for global domination.

But is the voice that Michael is following really an ally, or is it just another Elgen trap?

1 My Story
In fifth grade my English teacher, Ms. Berg, was teaching about autobiographies and had us each write our life story on a single page of lined paper. I’m not sure which is more pathetic:

(a) That Ms. Berg thought our lives could be summed up on one page, or

(b) I could fill only half the page.

Let’s face it, in fifth grade you’re still kind of waiting for life to begin. Yeah, some of the kids had done cool things, like one had gone skydiving; another had been to Japan; and one girl’s father was a plumber and she got to be in her dad’s TV commercial waving a plunger, so she’s kind of famous—but that’s about as cool as it got. All I remember is that my autobiography was super lame. It went something like:

My name is Michael Vey, and I’m from a town you’ve never heard of—Meridian, Idaho. My father died when I was eight, and my mother and I have moved around a lot since then. I like to play video games. Also, I have Tourette’s syndrome. I’m not trying to be funny, I really do.

You probably know that Tourette’s makes some of us swear a lot, which would have made my story more interesting, or maybe got it banned, but I don’t swear with my Tourette’s. In my case, Tourette’s just means I have a lot of tics, like I blink, gulp, make faces, stuff like that. That’s about it. As far as life stories go, no one’s called to buy the movie rights.

They might if they knew my secret—the secret I’ve hidden for most of my life and the reason my mom and I keep having to move.

I’m electric. So are you, of course. That’s how your brain and muscles work. But the thing is, I have probably a thousand times more electricity than you. And it seems to be growing stronger. Have you ever rubbed your feet on a carpet, then shocked someone? Multiply that by a thousand and you’ll get an idea of what it’s like to be me. Or shocked by me. Fortunately, I’ve learned to control it.

I’m fifteen years old now and a lot has happened since the fifth grade. I kind of wish someone would ask me to write my life story now, because it would make a good movie. And it would take up way more than one page. This is how it would go:

My name is Michael Vey, and I’m more electric than an electric eel. I always thought I was the only one in the world like me, but I’m not. I just found out that there were originally seventeen of us. And the people who made us this way, the Elgen, are hunting us down. You might say we were an accident. The Elgen Corporation created a machine called the MEI (short for Magnetic Electron Induction), to be used for finding diseases and abnormalities in the body. Instead it created abnormalities—us.

My girlfriend, the way-out-of-my-league cheerleader with perfect brown eyes, Taylor Ridley, is also electric. I can shock people (I call it “pulsing”), but she can shock people’s brains and make them forget what they were doing (she calls it “rebooting”). She can also read minds, but she has to touch you to do it.

One month ago the Elgen, led by a scary dude named Dr. Hatch, found us. They kidnapped Taylor and tried to get me, too, but ended up with my mother instead. A few days later I went to California with my best friend, Ostin Liss (he and I live in the same apartment building, and he’s one of the few people who knows about my powers), and a couple of kids from my school, Jack and Wade, to save Taylor and my mother.

Things didn’t go so well. In the first place, Taylor was there but my mother wasn’t. Then we got caught. Jack and Wade were forced to be GPs, which is short for human guinea pigs, the name the Elgen give their prisoners they experiment on. Ostin and I were locked up too, though I was put in Cell 25, the place they put people to break their minds.

I managed to escape and rescue my friends. I was also able to rescue four of the other electric kids: Zeus, Ian, McKenna, and Abigail. They have some pretty cool powers too. Zeus can shoot lightning bolts, which is why he’s named after the Greek god. (But he can’t touch water without shocking himself, so he doesn’t bathe much—actually, never—so he kind of smells.)

Ian’s blind but he can see way better than any of us. He sees the same way sharks and electric eels do, through electrolocation—which means he can see things that are miles away, even through walls.

McKenna can create light and heat from any part of her body.

Abigail can take away pain by electrically stimulating nerve endings.

We also rescued Grace. She was one of the electric kids who were loyal to Hatch (who calls us Glows). I don’t know much about her other than that she can download things from computers and she downloaded all the information from the Elgen’s mainframe before we escaped. We’re hoping she has information on where the Elgen have taken my mother.

There are ten of us now (including our nonelectric friends Ostin, Jack, and Wade). We call ourselves the Electroclan.

There’s one more thing I would put in my autobiography, something that scares me but would make my story more interesting. I don’t know for sure, but I may be dying. Hatch told me that four of the electric children have already died of cancer caused by their electricity—and I have more electricity than any of them. I don’t know if it’s true because Hatch is a liar. I guess time will tell. In the meanwhile we’re headed back to my home in Meridian, Idaho, to figure out where my mother is and plan our next move.

Like I said, I think my story would make a pretty good movie so far. Maybe it will be one day. But not yet, because it’s not even close to being over. And I have a feeling that things are about to get a whole lot wilder.