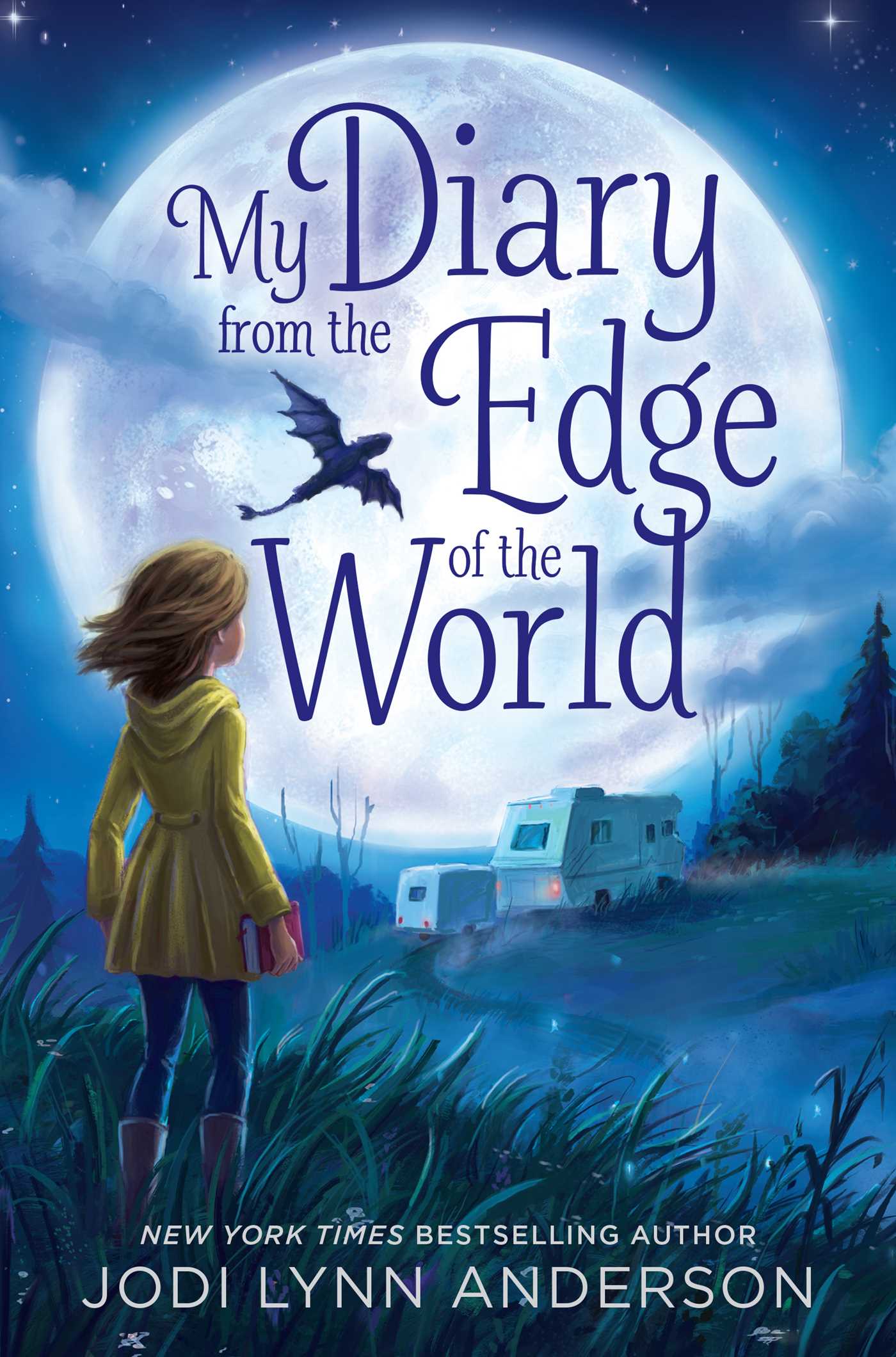 By Jodi Lynn Anderson
PRICE MAY VARY BY RETAILER

Told in diary form by an irresistible heroine, this “heartfelt, bittersweet, and ever-so-clever coming-of-age fantasy” (School Library Journal, starred review) named one of Publishers Weekly’s Best Books of the Year from the New York Times bestselling author of the May Bird trilogy sparkles with science, myth, magic, and the strange beauty of the everyday marvels we sometimes forget to notice.

Spirited, restless Gracie Lockwood has lived in Cliffden, Maine, her whole life. She’s a typical girl in an atypical world: one where sasquatches helped to win the Civil War, where dragons glide over Route 1 on their way south for the winter (sometimes burning down a T.J. Maxx or an Applebee’s along the way), where giants hide in caves near LA and mermaids hunt along the beaches, and where Dark Clouds come for people when they die.

To Gracie it’s all pretty ho-hum…until a Cloud comes looking for her little brother Sam, turning her small-town life upside down. Determined to protect Sam against all odds, her parents pack the family into a used Winnebago and set out on an epic search for a safe place that most people say doesn’t exist: The Extraordinary World. It’s rumored to lie at the ends of the earth, and no one has ever made it there and lived to tell the tale. To reach it, the Lockwoods will have to learn to believe in each other—and to trust that the world holds more possibilities than they’ve ever imagined.

Gracie Lockwood lives in Cliffden, Maine, which may seem like an ordinary place, but in fact, it’s quite the opposite. In Cliffden, Gracie may encounter a vampire on the way to McDonald’s or see a dragon near TJ Maxx. And if someone is going to die, a Dark Cloud appears above their home. Stunned when such a cloud looms over their house, Gracie’s family tries to outrun it. First they seek help from Gracie’s grandmother, a witch. Then they set off to find the Extraordinary World, a safer—but possibly imaginary—world near Cape Horn. Their danger-filled journey binds together Gracie’s family and her orphaned friend, Oliver, but can they ever reach safety and escape the threat of death?

1. The novel’s narrator thinks at one point, “Sometimes silence is best.” When and how can silence be a good thing?

2. What are the possible benefits of keeping a diary?

1. On the first page, Gracie imagines herself like Joan of Arc. What are some traits of Joan of Arc? How might mentioning her serve as foreshadowing for the story?

2. Early on, Gracie encounters a father dragon who seems more attentive to its offspring than her own father does. How does her father treat her at the beginning of the story? How does that change?

3. Gracie’s father believes in the Extraordinary World even when no one else does. How does he try to convince the family that he’s right? Discuss whether they have reason to be angry with him, and how they feel when it turns out he’s right.

4. Mr. Lockwood is particularly interested in physics and what Sam calls “count 'em mechanics.” Why does he think that science helps to prove the existence of the Extraordinary World? What does he mean when he says there are endless possibilities? How does it tie into what Gracie says near the end about snowflakes?

5. Gracie describes her mother as “the opposite of my dad.” Compare and contrast her parents. Why do you think Gracie sees them as opposites?

6. Why is Sam the center of the family? Describe him and his personality. Why do they believe that he’s the one in danger? How do different family members react to, and interact with, the cloud?

7. Why does Sam love to have Gracie tell him about when he was born? Explain how the story changes in the final telling. What does the story reveal about Gracie and how she feels about Sam?

8. Gracie and Millie don’t get along when the book begins. Describe their relationship and how it changes throughout the course of the book.

9. What does her mother mean when she describes Gracie as having a “restless heart” and “loud personality”? Give examples from the story that show these aspects of Gracie.

10. Their mother says that Gracie was born with “an inner compass” but that Millie has to find hers. What does she mean? Do you agree? Do you think Millie eventually finds her inner compass?

11. How can you tell that writing is important to Gracie? Why does it matter so much to her?

12. Describe Oliver when Gracie first meets him. How does he change over the course of the book? Why do he and Gracie like each other so much?

13. Gracie has never visited Grandma before. What is the Crow’s Nest like? Describe Grandma and compare her to Gracie’s father.

14. Oliver lost his parents in an attack by sasquatches, yet he is kind to Daisy. What do his actions reveal about his character? When the family decides not to sell Daisy, what does it show about them and how their views have evolved?

15. Describe Daisy and how she changes during her time with the family. How does she save the family from a fatal accident? How do they respond to her deed?

16. Why does Oliver call Big Tex “a beast”? After leaving the circus, Gracie thinks that “who’s the beast and who isn’t” depends on “where you’re standing.” What does she mean?

17. What is Virgil like and what role does he play in the story? What are his strengths? Discuss his relationship to the family, especially Millie.

18. Prospero is the name of a magician in Shakespeare’s The Tempest. Describe Prospero in this book and why he might have that name. What does Gracie’s father think of him? What impact does the visit to Prospero have on the plot?

19. Explain why the girls find Captain Bill to be a romantic, dashing figure. Why does their opinion change? Describe his attitude toward their mother and why he thinks she shares the same feelings.

20. Discuss how the explorer Magellan is mentioned throughout the novel. What does he symbolize, especially to Gracie’s father?

22. Gracie decides partway through her diary to add a quote from Hamlet as an epigraph. How does the epigraph tie in to the story? Discuss whether you think it’s an appropriate choice.

Many different magical creatures appear in this story. Choose one to research, using print and Internet sources. Then create a poster of the creature including a drawing or painting, and a substantial description of what you learned in your research.

Print out a blank map of the Western hemisphere such as the one at World Atlas (worldatlas.com/webimage/countrys/namerica/printpage/americas.htm). On the map, trace a line of the journey that Gracie’s family takes from Maine to the tip of South America. Label the places they stop on the way and label cities mentioned in the text like Chicago and New York. Use the margins of the map to write short descriptions of the places that you labeled, using information from the novel.

Imagine that Oliver is also keeping a diary. Choose several days that Gracie writes about and write diary entries from Oliver’s point of view. Show how he sees things in some ways differently and in some ways the same as Gracie does. 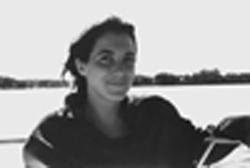 Jodi Lynn Anderson is the bestselling author of several critically acclaimed books for young people, including the May Bird trilogy and My Diary from the Edge of the World. She lives with her husband, son, and daughter in Asheville, North Carolina, and holds an MFA in writing and literature from Bennington College.

* Gracie Lockwood is a spirited girl and journal writer, who lives with her parents, brother, and sister right down the street from a T.J. Maxx that was recently burned down by dragons. Her world mirrors ours, in that there is a Wendy’s, Taco Bell, and MacDonald’s off of Route 1. It differs, however, because Sasquatches roam the forests, depressed ghosts linger, and for a pretty penny, one can hire a guardian angel should one require protection. Perhaps the most ominous thing about her world is the fact that dark clouds visit the homes of anyone whose life they’re about to take. When such a cloud appears over Gracie’s home, the family believes it has come for her ailing younger brother, Sam. Their one chance at outrunning his death is crossing over into, “The Extraordinary World.” Her father, a somewhat unreliable scientist believes that a parallel universe exists, one in which humans thrive without the death clouds and other dangers found in their own world. When the Lockwoods purchase a Winnebago to flee their town in pursuit of “The Extraordinary World,” readers are taken on a fun-filled, well-paced, modern adventure. VERDICT Fans of J.K. Rowling’s “Harry Potter” will enjoy this heartfelt, bittersweet, and ever-so-clever coming-of-age fantasy. It is a must-add to any middle grade collection.

"Fans of J.K. Rowling’s “Harry Potter” will enjoy this heartfelt, bittersweet, and ever-so-clever coming-of-age fantasy. It is a must-add to any middle grade collection."

By Jodi Lynn Anderson
PRICE MAY VARY BY RETAILER