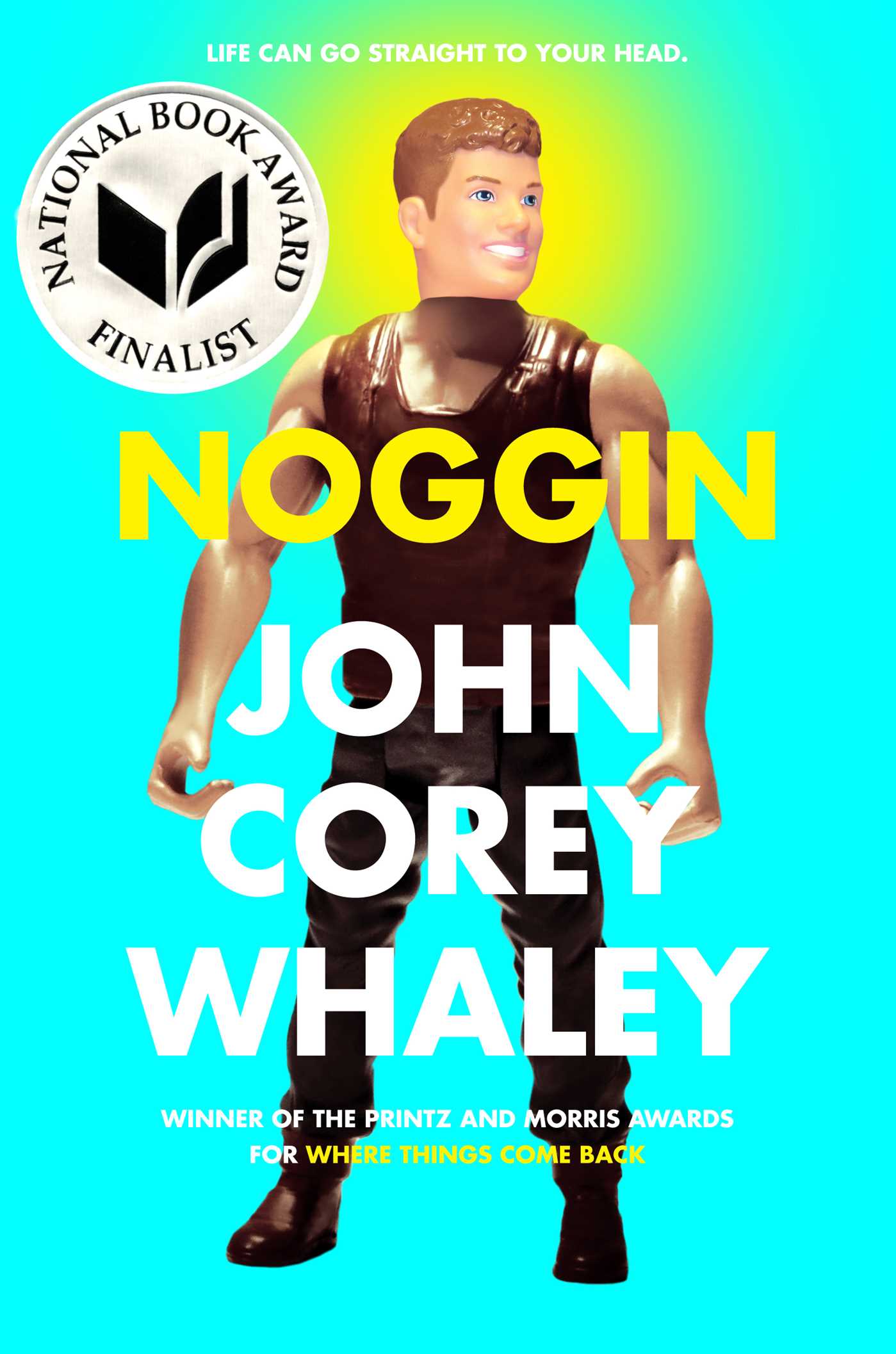 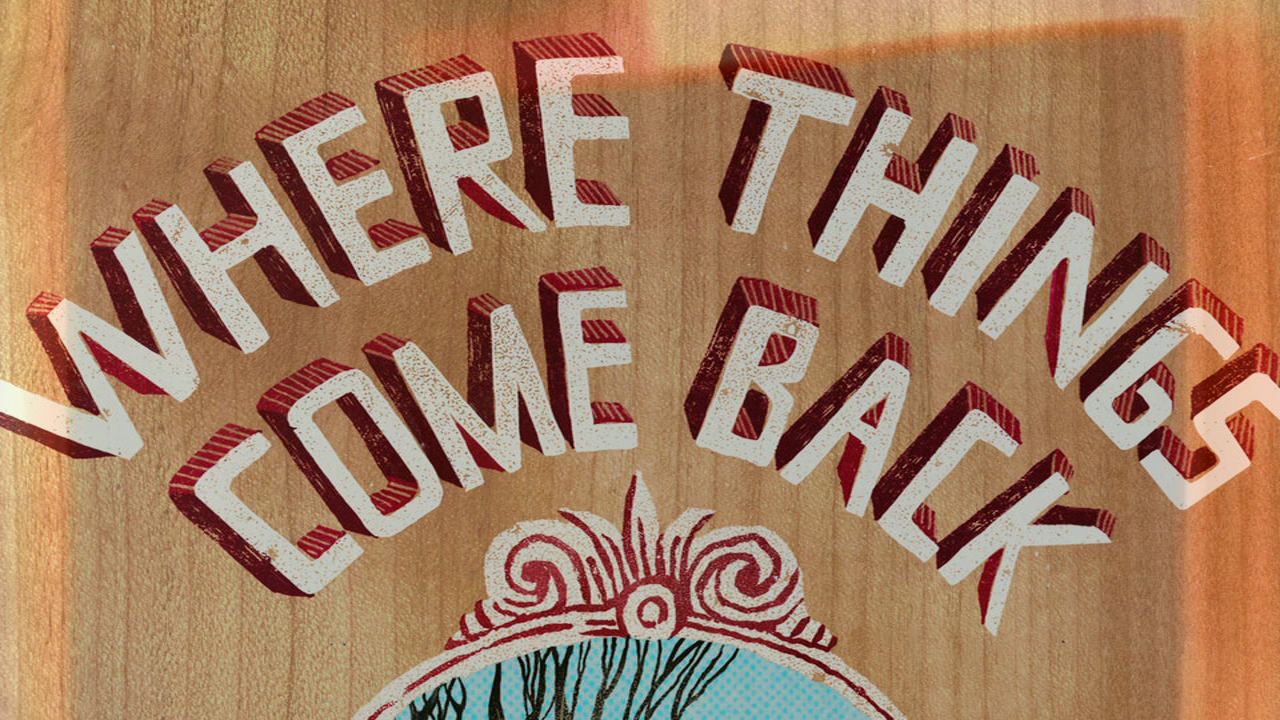 Travis Coates has a good head…on someone else’s shoulders. A touching, hilarious, and wholly original coming-of-age story from John Corey Whaley, author of the Printz and Morris Award–winning Where Things Come Back.

Listen—Travis Coates was alive once and then he wasn’t.
Now he’s alive again.
Simple as that.

The in between part is still a little fuzzy, but Travis can tell you that, at some point or another, his head got chopped off and shoved into a freezer in Denver, Colorado. Five years later, it was reattached to some other guy’s body, and well, here he is. Despite all logic, he’s still sixteen, but everything and everyone around him has changed. That includes his bedroom, his parents, his best friend, and his girlfriend. Or maybe she’s not his girlfriend anymore? That’s a bit fuzzy too.

Looks like if the new Travis and the old Travis are ever going to find a way to exist together, there are going to be a few more scars.

Oh well, you only live twice.

Noggin CHAPTER ONE ADVANCED STUDIES IN CRANIAL REANIMATION
Listen—I was alive once and then I wasn’t. Simple as that. Now I’m alive again. The in-between part is still a little fuzzy, but I can tell you that, at some point or another, my head got chopped off and shoved into a freezer in Denver, Colorado.

You might have done it too. The dying part, I mean. Or the choosing-to-die part, anyway. They say we’re the only species on the planet with the knowledge of our own impending doom. It’s just that some of us feel that doom a lot sooner than expected. Trust me when I tell you that everything can go from fine and dandy to dark and depressing faster than you can say “acute lymphoblastic leukemia.”

The old me got so sick so fast that no one really had time to do anything but talk about how sick he got and how fast he got that way. And the chemo and the radiation and the bone marrow transplants didn’t do anything but make him sicker faster and with much more ferocity than before.

They say you can’t die more than once. I would strongly disagree. But this isn’t a story about the old me dying. No one wants to hear about how I told my parents, my best friend, Kyle, and my girlfriend, Cate, that I was choosing to give up. That’s a story I don’t want to tell. What I do want to tell you, though, is a story about how I suddenly found myself waking up in a hospital room with my throat sore, dry and burning, like someone had shoved an entire bag of vinegar-soaked cotton balls down it. I want to tell you about how I was moving my fingers and wiggling my toes and how the doctors and nurses standing around me were so impressed with this. I’m not sure why blinking my eyes earned a round of applause and why it mattered that I was peeing into a bag, but to these people, it was like they were witnessing a true miracle. Some of the nurses were even crying.

I want to tell you a story about how you can suddenly wake up to find yourself living a life you were never supposed to live. It could happen to you, just like it happened to me, and you could try to get back the life you think you deserve to be living. Just like I did.

They told me I couldn’t talk, said it was too early to try that just yet. I didn’t know why, but I listened anyway. My mom and dad walked in, and she cried big tears and he went in to touch my face, and the nurse asked him to wait, asked him to please step aside until they were sure everything was working okay.

This is when they told me that they’d done it. They’d gone through with the whole cranial hibernation and reanimation thing. They’d actually gone and cut my head off. I was so sure they’d put me under and changed their minds and that I’d gone through all that paperwork for nothing. But then my mom held up a mirror, and I saw that my head was shaved nearly bald and that my neck had bandages wrapped all around it. I looked pretty rough—my lips were purple and cracked, my cheeks were flushed, and my eyes were big and glazed over. Drugged, my eyes were drugged.

I’m going to tell you the truth here and say that I never, not once, not even for a tiny second, thought this crazy shit would work. And I never thought they did either. My parents, I mean. But I looked up at their wet eyes and felt their hands on my hands, and I knew right then that they were as happy as any two people had ever been. Their dead son lying on a bed in front of them, silent but with a beat in his chest again. Mary Shelley’s nightmare come true, right there in a hospital in Denver.

Hospitals. I knew hospitals. I knew them like most kids know their own homes, know their neighborhoods, and know which yards to avoid and which ones it’s safe to leave your bike in. I knew a nurse was only allowed to give you extra pain meds if a doctor had signed off on it first but that getting extra Jell-O only took a few smiles and maybe a joke or two, maybe a flash of the dimples. And like a factory, a hospital has its own rhythm, sounds from every room that collide in the air and echo down into your ears and repeat themselves, even in the nighttime, when the world wants so bad to appear silent and quiet and peaceful. Beeps, footsteps, the tearing of plastic, spinning wheels on carts, Wheel of Fortune on the neighbor’s TV. These were the sounds I died to, and these were the ones that welcomed me back. A world so noisy you have to lean up a bit to hear the familiar doctor as he tries to speak over it all, and just as you were starting to get used to the light, you have to close your eyes to hear him. A world that looks almost exactly the same as the one you closed your eyes to before, so much the same that you think about laughing because you got so close to being done with it all. Until you finally hear the doctor as he speaks a little louder this time. 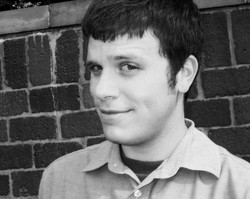 John Corey Whaley grew up in Louisiana. His debut novel, Where Things Come Back, was the 2012 winner of the Michael L. Printz and the William C. Morris Awards. You can learn more about him at JohnCoreyWhaley.com and follow him on Twitter: @Corey_Whaley.

* "Travis Coates has lost his head—literally.... [A] wonderfully original, character-driven second novel. Whaley has written a tour de force of imagination and empathy, creating a boy for whom past, present, and future come together in an implied invitation to readers to wonder about the very nature of being. A sui generis novel of ideas, Noggin demands much of its readers, but it offers them equally rich rewards."

"The madcap story of a boy who loses his head and finds it again. . . . Readers will recognize the Printz winner’s trademark lovable characterizations. . . . They’ll also recognize the poignantly rendered reflections on life, love, death and everything in between. . . . Whaley’s signature cadence and mad storytelling skillz are worth every page. A satisfyingly oddball Frankenstein-like tale of connectivity."

* "Travis Coates has his head surgically removed and cryogenically frozen after he dies (of leukemia at age 16)...five years after his death, technological advances allow doctors to attach his head to a donor body that's taller and more muscular than the original.... Travis's comic determination to turn back the hands of time...is poignant and heartbreaking. His status in limbo will resonate with teens who feel the same frustration at being treated like kids and told to act like adults."

"Whaley’s sweet and raunchy first-person narrative provides a thought-provoking look at the notions of self-awareness, the nature of identity, and the angst of a very special teen. The lively, conversational style will engage teen readers in search of an unusual, but relatable, character. At times hilarious and heart-wrenching, Noggin, with its eye-catching cover art, belongs in all library collections serving young adults."

"Readers will find it easy to become invested in Travis's second coming-of age—brimming with humor, pathos, and angst—and root for him to make peace with his new life."

"Travis Coates, 16, is dying of cancer, so he accepts an offer from a cryogenic group to have his head removed and frozen with the hope that it would be attached to another body in the future and he could be reanimated. Five years later, he "wakes up" with a new body and is still 16. . . . The premise of the story is interesting. . . . The author does a good job of describing the emotions and reactions of all of the characters."

* "What is it like to be frozen, à la Ted Williams, never believing you'll really come back--and then you do? That's the preposterous premise of John Corey Whaley's novel, conveyed with realistic emotions that keep his narrator, Travis, grounded, and the story credible--and also highly entertaining--for readers. . . . Whaley makes his hero's implausible situation absolutely convincing. The questions lurking behind Travis's sometimes rash actions plague all teenagers. . . . Ultimately this insightful story explores the challenges of intimate relationships and managing expectations. Whaley asks teens to think about the life they want to make for themselves."

"NOGGIN is an incredibly imaginative way to examine the universal feeling of longing to return to the way things use to be…. Far from predictable, NOGGIN contains a few twists to keep readers guessing, but the real heart of the book is the hang up on the past--the feeling that if you could just remind someone you loved how things used to be, old feelings would quickly return. It also focuses on larger issues, like how to deal with the weight of other's expectations, and how to get a friend to be true to themselves. NOGGIN is a novel about trying for a future very different from the one you planned, and learning to be ok with the change. Funny and relatable, fans of Whaley's first novel WHERE THINGS COME BACK won't be disappointed."

"A graceful combination of raw heartbreak and biting wit (including plenty of head puns) guides Travis through [his] existential search for life's meaning and survival. . . . While the novel's premise may be straight out of Hollywood, Travis' voice could not be any truer. Fans of John Green will welcome this smart tearjerker."

"We weren't sure what to expect from this one, but were pleasantly surprised by honest, funny and incredibly likeable Travis. As a walking miracle, he should be grateful, but he struggles with feeling out of step in his own life. Noggin is filled with loving relationships that remind us that even with the kindest people and the best intentions, life is complicated."