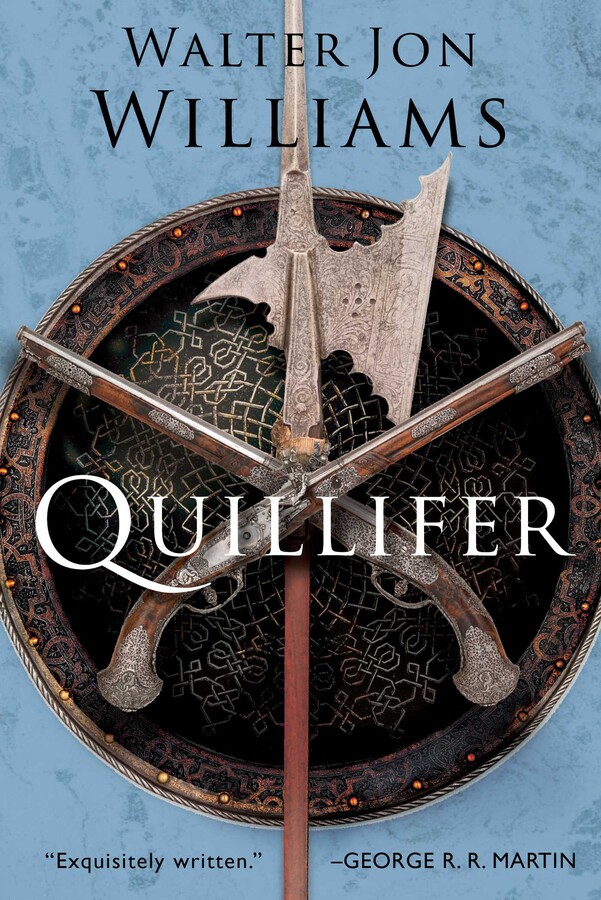 “Walter Jon Williams is always fun, but this may be his best yet, a delight from start to finish, witty, colorful, exciting and amusing by turns, exquisitely written.” —George R. R. Martin

From New York Times bestselling and award-winning author Walter Jon Williams comes an adventurous epic fantasy about a man who is forced to leave his comfortable life and find his fortune among goddesses, pirates, war, and dragons.

Quillifer is a young man, serially in love and studying law, when a family tragedy throws him into the world to seek his fortune. A charmer rather than a fighter, he soon finds himself embroiled with a bandit gang, caught up in vicious court intrigues, and the plaything of an angry, beautiful, and very jealous goddess. While he struggles to establish himself in the capital, the country finds itself pitched into a civil war, and Quillifer, a unwilling soldier at best, finds himself caught up in the action, and able to tip the scales of fortune.

Quillifer, with its engaging hero and his exploits with lovers, brawlers, warriors, and privateers, is a book that bursts with life. It’s the first volume in a new epic fantasy by bestselling and award-winning author Walter Jon Williams. 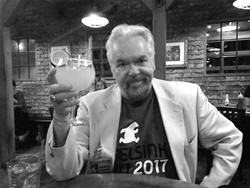 Walter Jon Williams is the author of thirty volumes of fiction, in addition to works in film, television, comics, and the gaming field. Williams has appeared on the bestseller lists of The Times and The New York Times. He is a world traveler, scuba diver, and a black belt in Kenpo Karate. He has twice been awarded the Nebula Award.

More books in this series: Quillifer