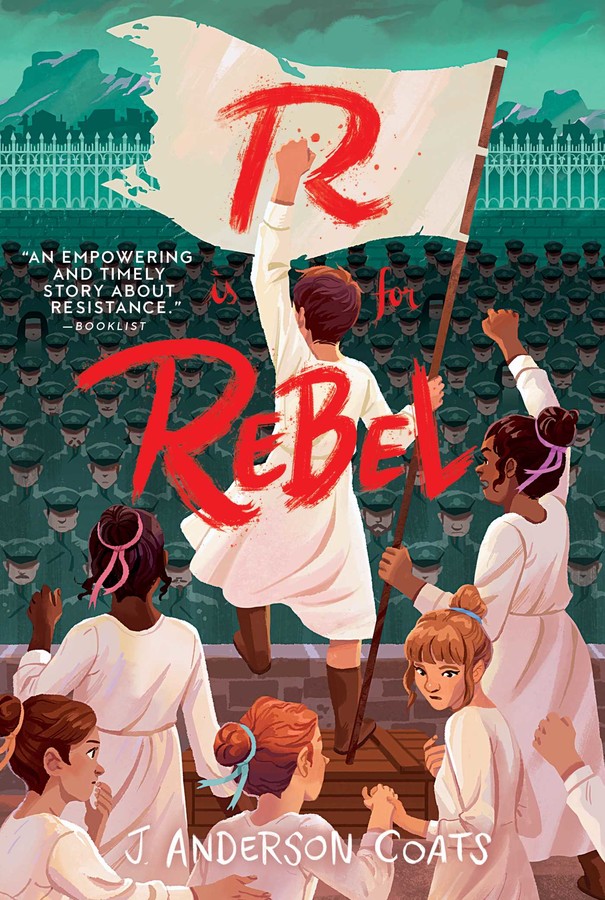 R Is for Rebel

“An empowering and timely story about resistance.” —Booklist

Princess Academy meets Megan Whalen Turner in this stunning novel about a girl who won’t let anything tame her spirit—not the government that conquered her people, and definitely not reform school!

Malley has led the constables on a merry chase across her once-peaceful country. With her parents in prison for their part in a failed resistance movement, the government wants to send her to a national school—but they’ll have to capture her first.

And capture her they do. Malley is carted off to be reformed as a proper subject of the conquering empire, reeducated, and made suitable for domestic service. That’s the government’s plan, anyway.

But Malley will not go down without a fight. She’s determined to rally her fellow students to form a rebellion of their own. The government can lock these girls up in reform school. Whether it can break them is another matter entirely…

R Is for Rebel DAY 1


IT TAKES HALF THE CONSTABULARY to bring me in to national school.

I lead them a merry chase, though.

Over croplands new-sown with barley and through a gap in the hedge that puts me in a sprawling, manicured pasture—they expect me to head for the greenwood, ha!—past the hanging tree with its lingering noose and toward the broad, rushing river. I’m halfway across the covered bridge when two of the big oafs appear at the other end, hulking against the flat gray sky beyond.

There’s no question of going back the way I came. There’s only one other choice, but it’s a good ten feet of drop, that current looks treacherous, and I can’t swim.

Captain Lennart pulls me off the guardrail as I’m about to jump into the surging black water below.

I want to say I see a ripple of sympathy cross Captain Lennart’s face as he’s marching me toward the school’s detention wagon. He’s the one who argued for clemency when my parents were convicted of treason, who insisted that the only decent thing to do was transport me to the penal colony with them.

But the judge took one look at me, trussed up like I was in that silly pink dress the lawyer made me wear, and announced it would be cruel to sentence me to my parents’ fate when I was still a child with a moldable mind, and a victim of their disgraceful influence as well. The whole point of the Education Act was to give Milean kids a proper chance in life by sending us to national school so we’d learn the deference and compliance and proper work ethic that would ensure our successful future in the Wealdan empire—things we’d never learn in our ignorant, superstitious households. My parents were already in violation of the act, and it was the Crown’s solemn duty to take me in hand and preserve my future from any further damage. That, said the judge, was the only decent thing to do.

Captain Lennart marches me up the wagon steps. His grip is secure but not painful, and I don’t bother trying to break away. Not with a dozen constables around and not without a head start. Once I’m in, Captain Lennart swings the door behind me and bolts it shut. It’s musty but dry inside, not nearly the stinking, jam-packed crates from the Burning Days when Milea first fell. I must know a thousand songs about how the grandmas and granddas were hauled off to the workhouses where they labored till they died, carving out roads and mining coal to pay back the Crown for the cost of the invasion and seizure of their homeland.

This wagon has two small barred windows, one on either side. Now that I’m catching my breath, it’s starting to sink in. All of it. Those days on the run. Sleeping rough. Eating rougher. How far away my parents are already. How I’m ending up in the very place they fought so hard to keep me out of, where I won’t know a soul. My eyes start to sting, so I put my face up to one of the windows and sing “The Noble-Hearted Three” as loud as I can. I’m just at the part where the heroic rebels are hacking the locks off a prison wagon very much like this one to free their comrades bound for the gallows when a constable drums his fist on the outside of the wagon, right by my ear.

“Shut it!” he shouts. “Or it’ll be lashes for singing outlawed songs!”

I bite my lip, hard, because twenty strokes with a whip marks you in more ways than one, and most of these constables are using their service to fulfill the Crown’s military entrance requirements so they can train to become one of the graycoated butchers that pass for soldiers. I retreat a few paces while muttering swears in Milean, but real quiet so the big ox can’t threaten me with lashes for speaking an outlawed tongue as well.

The constables are laughing now, wondering what kind of medals the Crown will pin on them for chasing down and bringing in the only child of the murderous, machine-breaking arsonists who were recently transported to the empire’s most notorious penal colony for the rest of their natural lives. Those brutes are talking loud so I’ll be sure to hear.

Well, they can send me to national school. Whether they can keep me quiet is another matter. 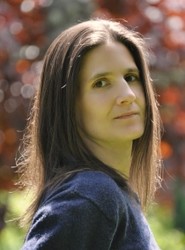 J. Anderson Coats has master’s degrees in history and library science and has published short stories in numerous literary magazines and anthologies. She is the author of the acclaimed novels The Wicked and the Just, The Many Reflections of Miss Jane Deming, R Is for Rebel, The Green Children of Woolpit, and The Night Ride. She lives with her family in Washington State. Visit her at JAndersonCoats.com.

“Historical fiction master Coats invents a country and a history all her own to create the fully realized, inspirational protagonist Malley . . . Descriptions are at times graphic, but the realistic details only make Malley a more believable and empathetic character . . . An empowering and timely story about resistance.”

“Themes of the cost of freedom and the power of identity shine through in powerful ways. Malley is a rebel to her core and her spirit won’t let her accept the idea of submitting, especially not after what happened to her parents. While the nations depicted are imaginary, the connections to colonialism and past/present efforts to rub out supposedly inferior cultures is unmistakable. A strong purchase with powerful themes that will stick with readers.”

“Malley is an engaging narrator whose gradual maturation adds an endearing layer to her character. . . . Although the book is set in a fictional semi-industrialized world, readers are likely to notice parallels from history . . . as well as themes, such as the complications that arise from ideological purity, that resonate with current political discussion.”

R Is for Rebel