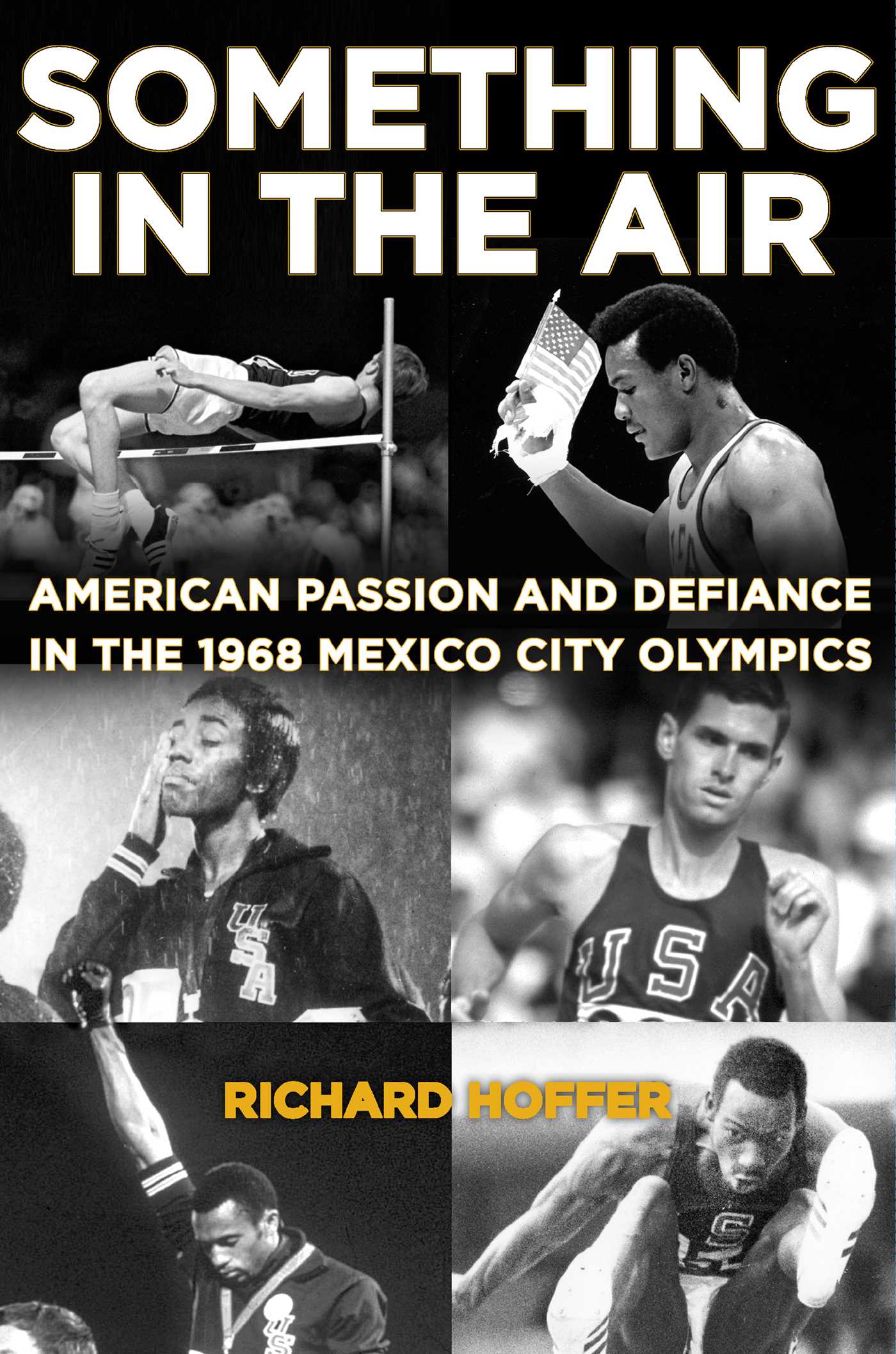 Something in the Air

American Passion and Defiance in the 1968 Mexico City Olympics

By Richard Hoffer
PRICE MAY VARY BY RETAILER


In the tradition of Seabiscuit and The Summer of ’49, a gripping sports narrative that brilliantly tells the amazing individual stories of the unforgettable athletes who gathered in Mexico City in a year of dramatic upheaval.

The 1968 Mexico City Olympics reflected the spirit of their revolutionary times. Richard Hoffer’s Something in the Air captures the turbulence and offbeat heroism of that historic Olympiad, which was as rich in inspiring moments as it was drenched in political and racial tensions.

Although the basketball star Lew Alcindor decided to boycott, heavyweight boxer George Foreman not only competed, but waved miniature American flags over his fallen opponents. The sprinters Tommie Smith and John Carlos became as famous for their raised-fist gestures of protest as their speed on the track. No one was prepared for Bob Beamon’s long jump, which broke the world’s record by a staggering twenty-two inches. And then there was Dick Fosbury, the goofball high jumper whose backwards, upside down approach to the bar (the "Fosbury Flop") baffled his coaches while breaking records. Though Fosbury was his own man, he was apolitical and easygoing. He didn’t defy authority; he defied gravity.

Witty, insightful, and filled with human drama, Something in the Air mixes Shakespearean complexity with Hollywood sentimentality, sociopolitical significance, and the exhilarating spectacle of youthful, physical prowess. It is a powerful, unforgettable tale that will resonate with sports fans and readers of social history alike. 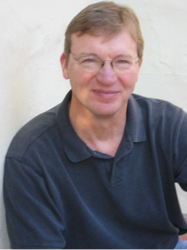 Richard Hoffer has been a senior writer at Sports Illustrated for 25 years. He has written two books: A Savage Business: The Comeback and Comedown of Mike Tyson (Simon & Schuster, 1998), and  Jackpot Nation (Harper, 2007). He lives in with his wife and sons.

"Suddenly, as if picked up by some gust, you're hurtled into the political, cultural and athletic tempest of 1968, and into the hearts and minds of the American Olympians in its swirl. That gust is Richard Hoffer's exhilarating prose. Just go with the wind." -- GARY SMITH, SPORTS ILLUSTRATED SENIOR WRITER

"Richard Hoffer reminds us why sports matter, deftly returning to the roiling 1968 Olympics, when it was the athlete who often stood at the forefront of social change. Hoffer writes of the unexpected Dick Fosbury, the rocky origins of George Foreman, and the pride of John Carlos and Tommie Smith with equal power while foreshadowing the future: the emergence of the Kenyans as a dynasty and the nascent rise of performance-enhancing drugs as a vexing issue. Something in the Air reconnects sports to America, as it should be. It is a truly terrific book." -- HOWARD BRYANT, ESPN SENIOR WRITER AND AUTHOR OF JUICING THE GAME: DRUGS, POWER, AND THE FIGHT FOR THE SOUL OF MAJOR LEAGUE BASEBALL

"Richard Hoffer has given us a wonderful cross-section of characters and a thorough portrayal of the controversial events surrounding the 1968 Olympics, so that we learn to appreciate these Mexico City Games in a way we never did before. It's sports history both at its finest and most fun." -- FRANK DEFORD, SPORTS ILLUSTRATED SENIOR CONTRIBUTING WRITER, AND MEMBER OF THE HALL OF FAME OF THE NATIONAL ASSOCIATION OF SPORTSCASTERS AND SPORTSWRITERS

Something in the Air

American Passion and Defiance in the 1968 Mexico City Olympics

By Richard Hoffer
PRICE MAY VARY BY RETAILER