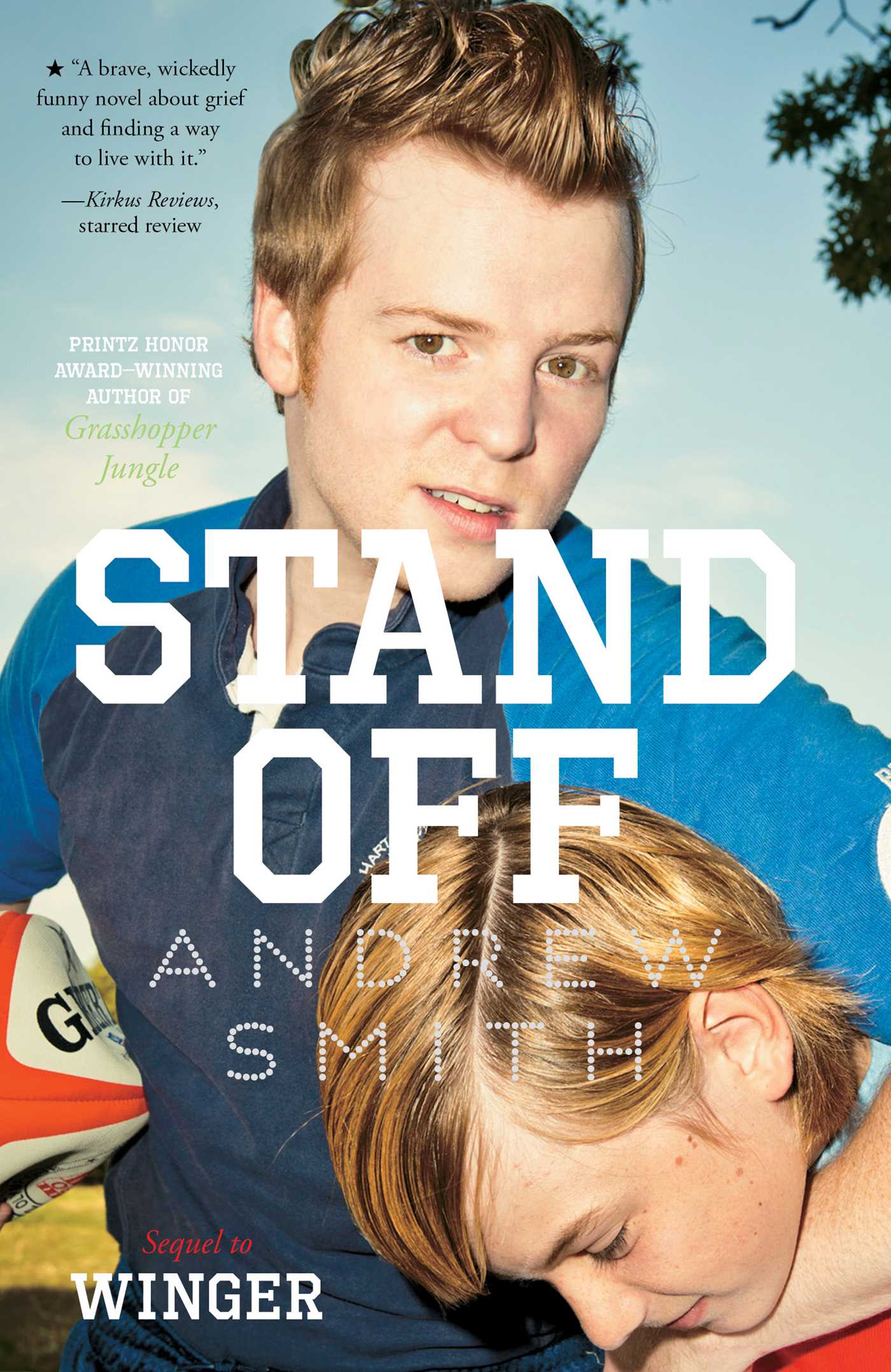 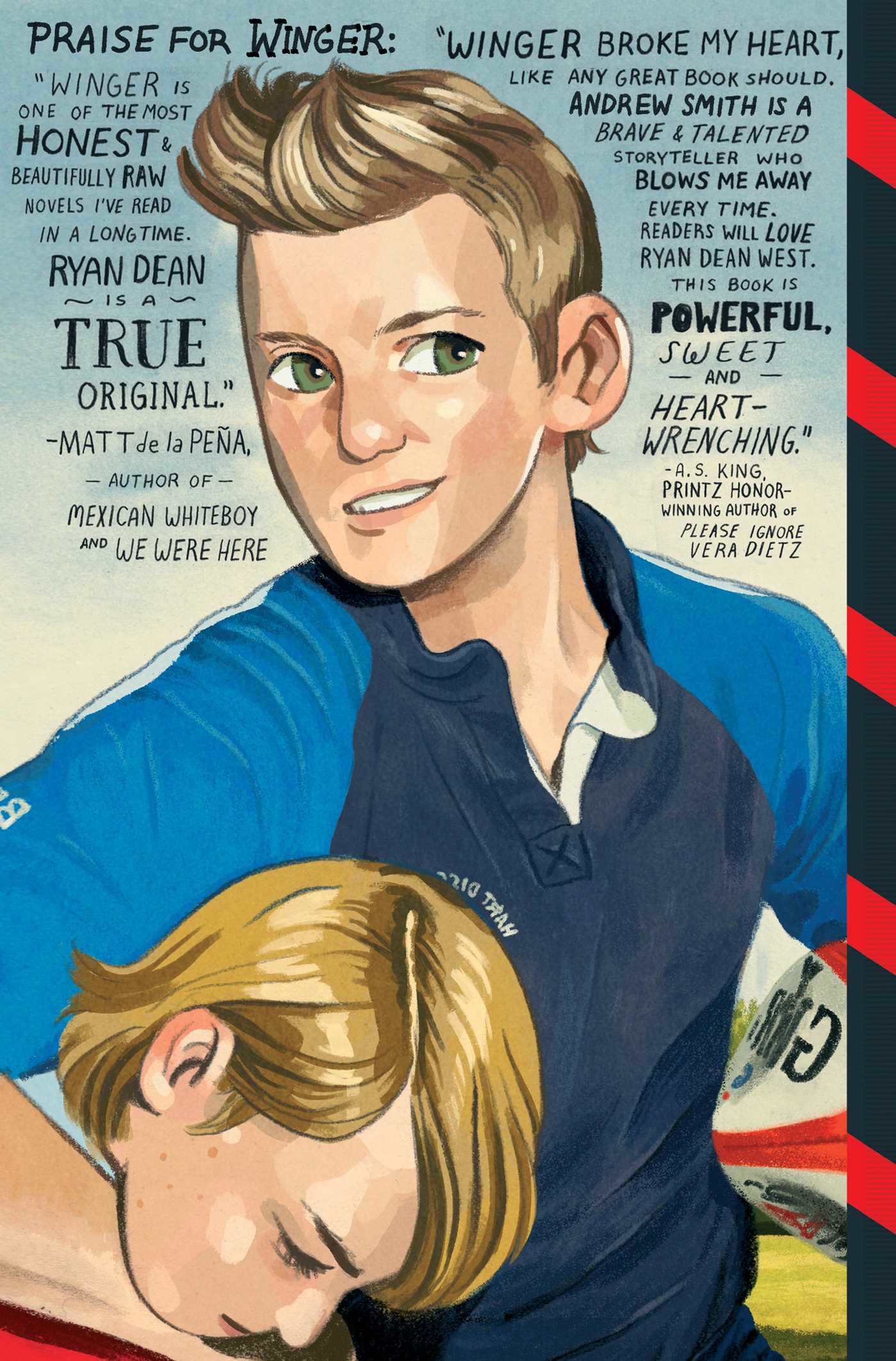 Ryan Dean West is back to his boarding school antics in this “brave [and] wickedly funny” (Kirkus Reviews, starred review) sequel to Winger.

It’s his last year at Pine Mountain, and Ryan Dean should be focused on his future, but instead, he’s haunted by his past. His rugby coach expects him to fill the roles once played by his lost friend, Joey, as the rugby team’s stand-off and new captain. And somehow he’s stuck rooming with twelve-year-old freshman Sam Abernathy, a cooking whiz with extreme claustrophobia and a serious crush on Annie Altman—aka Ryan Dean’s girlfriend, for now, anyway.

Equally distressing, Ryan Dean’s doodles and drawings don’t offer the relief they used to. He’s convinced N.A.T.E. (the Next Accidental Terrible Experience) is lurking around every corner—and then he runs into Joey’s younger brother Nico, who makes Ryan Dean feel paranoid that he’s avoiding him. Will Ryan Dean ever regain his sanity?

From the author of 100 Sideways Miles, which Kirkus Reviews called “a wickedly witty and offbeat novel,” Stand-Off is filled with hand-drawn infographics and illustrations and delivers the same spot-on teen voice and relatable narrative that legions of readers connected with in Winger.

In a heartbreaking emotional journey after the tragic death of his beloved best friend Joey, fifteen-year-old high school senior and varsity rugby stand-off and team captain, Ryan Dean West, begins an isolated and awkward struggle to work through his overwhelming grief and rebuild his life. Ryan Dean’s loss is more than the loss of his best friend. He has lost himself. He has lost his heart.

At the close of Ryan Dean’s junior year at Pine Mountain Academy, and Andrew Smith’s novel Winger, we saw Ryan Dean numbed and silenced by Joey’s death. In Stand-Off, the follow-up, we find Ryan Dean exhausted from increasingly disturbing night terrors and panic attacks in the suffocating presence of N.A.T.E., an anticipation of the Next-Accidental-Terrible-Experience. What will it take for Ryan Dean to pull himself together, to make sense of his world, and to find himself again?

Struggling to balance his intensely muddled emotions with his quirky sense of humor, Ryan Dean begins to understand the need for letting go, and that sometimes you just can’t fix things on your own.

1. Andrew Smith uses Ryan Dean’s distinctively teen voice in a metanarrative of restless contemplation and reflection. How does this affect the way in which you experienced the story? What does it mean to you, as a reader, to be entrusted with Ryan Dean’s personal truths, his experiences, and his innermost thoughts?

4. Under the circumstances, do you think Ryan Dean’s anger toward Sam is justified?

6. Ryan Dean’s displaced anger is focused both outwardly and inwardly, with helplessness and fear layered beneath that anger. What other conflicting emotions is he experiencing? What is Ryan Dean so afraid of?

8. The stand-off on a rugby team is a highly-skilled, quick-thinking strategist, standing apart, making decisions for the team. How does this position serve as a metaphor for the story? The first game of the season provided important defining and decisive turning points for Ryan Dean. How did those moments change him?

9. Ryan Dean suggested that Joey’s room in O-Hall was “fossilized in time.” How is this symbolic of the effect of Joey’s death on Ryan Dean? On Nico?

10. Consider Ryan Dean’s hope that Joey’s spirit might be lingering on his shirt and tie from his old room in O-Hall, and that if Ryan Dean wears it, Joey might calm him down and help him get through the game. What does this tell us about Ryan Dean? What does it tell us about his friendship with Joey?

11. Read aloud Ryan Dean’s speech to the rugby team. What significance does his encouragement to the team have to the rest of the story? What does it tell you about Ryan Dean’s understanding of his own healing process?

13. Ryan Dean admits, “O-Hall never did anything to reform me. What O-Hall did do to me, though, was make me realize how human we all are, how we all have weaknesses and little empty spots that are almost impossible to fill.” What do you think he means by this?

14. Ryan Dean tells us that Annie Altman is the most beautiful person he knows. What character traits does she possess? In what ways does Annie play a pivotal role in the growth of Ryan Dean’s emotional maturity and healing?

15. What is the nature of Ryan Dean’s relationship with Seanie? Why does Ryan Dean value Seanie’s friendship as much as he does?

17. Andrew Smith creates a contrast between the ways in which Nico and Ryan Dean grieve Joey’s death. Ryan Dean eventually reaches out for friendship. Nico rejects it. Discuss the similarities and differences between how the two boys grieve and the changes in their grief processes over time.

18. Nico provides a point of catharsis for Ryan Dean by bringing him to the beach where Joey’s ashes had been scattered. How does this affect the way in which Ryan Dean resolves his grief and accepts Joey’s death? What realizations allowed Ryan Dean to let Joey go? What does this scene reveal about Nico’s character? How does this change their relationship?

1. Consider the sociocultural environment at Pine Mountain Academy. Does it support the growth of healthy relationships?

2. Annie and Sam encourage Ryan Dean to seek support from the school psychologist, Mrs. Dvorak, to help deal with his anxiety and feelings of helplessness and emotional pain. Do you think this was a good suggestion?

3. Ryan Dean has a propensity for making impulsive choices and breaking rules. What conventional rules did Ryan Dean break? He admitted, “Never once did I think to myself, hey, Ryan Dean, what  . . . do you suppose you’re doing?” When, if ever, do you think it’s acceptable to break conventional rules?

4. Consider the significance of a handshake to the Pine Mountain rugby players. How does this compound Nico’s rejection of Ryan Dean’s extended hand?

5. In what ways does Ryan Dean gradually mature and separate from Pine Mountain? Do you think he is ready to move forward to lead a meaningful and fulfilling life?

6. What principles, values, and characteristics does Ryan Dean have that you admire?

1. Recurring themes and motifs of morality, friendships, romance and sexuality, grief and loss, emotional struggle and growth, and a quest to define oneself run through coming-of-age stories. Review Stand-Off with another coming-of-age story. Discuss major themes or patterns, pivotal characters, and turning points.

2. Review The Bill of Rights of Grieving Teens online. Read “A Grieving Teen Has the Right  . . .” presented by the Dougy Center, the National Center for Grieving Children & Families. Discuss these rights with your peer group, and the effects they may have had in your own life. Are there additional rights you think could be added?

3. Sam Abernathy suffers from extreme claustrophobia, characterized by an irrational fear of confined spaces. Research the causes, symptoms, and treatments of claustrophobia. Considering Sam’s childhood trauma (“I would have never gotten out of that well when I was four if people didn’t come to help me”), do you think Sam’s claustrophobic fears are irrational? Or do you think his fears are justified? Consider Ryan Dean’s fears of Nate. Is there a correlation?

4. Explore the five stages of grief as presented in the classic work, On Grief and Grieving, by Elisabeth Kübler-Ross and David Kessler. The authors state, “You will not ‘get over’ the loss of a loved one; you will learn to live with it. You will heal and you will rebuild yourself around the loss that you have suffered. You will be whole again but you will never be the same, nor should you be the same, nor would you want to.” Discuss how this resonates throughout the story, and echoes Joey’s philosophy that things can never be the same, that “nothing ever goes back exactly the way it was.” 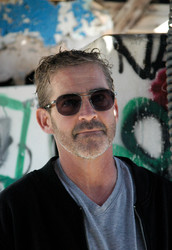 Andrew Smith is the author of several novels for young adults, including Winger, Stand-Off, 100 Sideways Miles, and the Michael L. Printz Honor Book Grasshopper Jungle. He lives in a remote area in the mountains of Southern California with his family, two horses, two dogs, and three cats. He doesn’t watch television, and occupies himself by writing, bumping into things outdoors, and taking ten-mile runs on snowy trails. Visit him online at AuthorAndrewSmith.com.

*"A brave, wickedly funny novel about grief and finding a way to live with it, with sweetly realistic first sexual experiences."

"Smith has created a consistently interesting character whose singular sense of humor grows on readers. Plus, he nails the rough-and-tumble sport of rugby. This sequel won’t disappoint fans."

*"The novel succeeds not only as an emotionally satisfying sequel but as a hopeful, honest account of coping with a devastating loss."