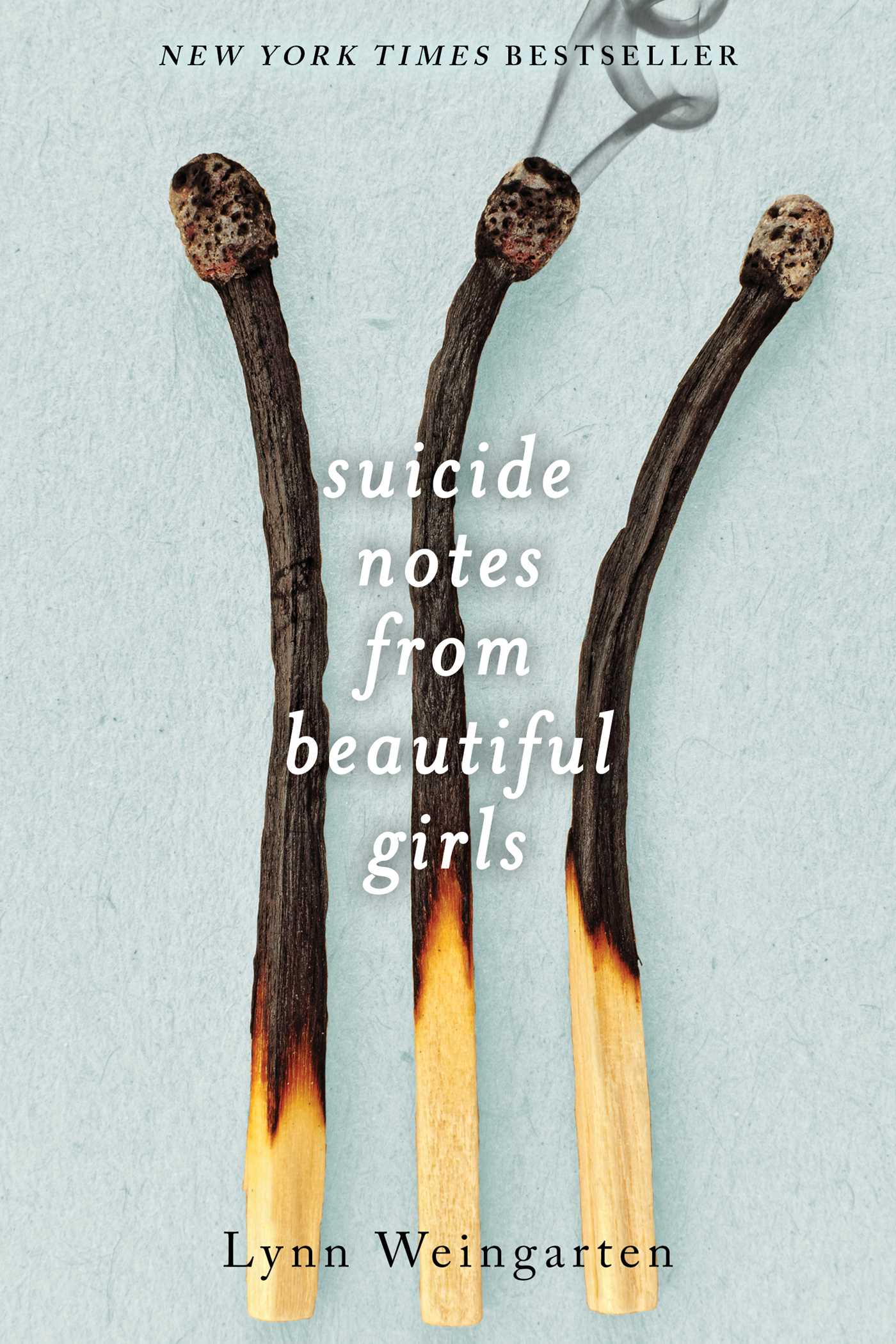 They say Delia burned herself to death in her stepfather’s shed. They say it was suicide.

But June doesn’t believe it.

June and Delia used to be closer than anything. Best friends in that way that comes before everyone else—before guys, before family. It was like being in love, but more. They had a billion secrets, binding them together like thin silk cords.

But one night a year ago, everything changed. June, Delia, and June’s boyfriend Ryan were just having a little fun. Their good time got out of hand. And in the cold blue light of morning, June knew only this—things would never be the same again.

And now, a year later, Delia is dead. June is certain she was murdered. And she owes it to her to find out the truth…which is far more complicated than she ever could have imagined.

Sexy, dark, and atmospheric, Suicide Notes from Beautiful Girls will keep you guessing until the very last page.

I’d forgotten what it was like to be that alone.

For the ten days of winter break, I drove. I made my way past the crumbling houses in my neighborhood, the mansions a few miles away, out toward the hills and then back again through stretches of cold, flat land. Up and down the Schuylkill River and up and down the Delaware, I cranked the radio and sang loud. I needed to hear a live human voice, and I was my own best hope.

But now break is over. I’m walking up toward school from the far lot, and I’m happy because I’m here, because it’s done. I know you’re supposed to like vacation, but it was lonely, that’s the thing, like I was floating off into space, tethered to nothing.

My phone buzzes in my pocket. I fish it out, a text from Ryan who I haven’t seen yet because he only got home last night: by the way got somehting in vermont I want to give you. Then a second later another one: not herpes.

I write back: good because it would be really awkward if we got each other the same present.

I click send with one frozen finger. Warm puffs of air escape through my smile.

I walk into homeroom, and Krista looks up like she’s been waiting for me.

“Oh my God, June,” she says. Her eyes are half open, and she’s wearing a pair of red plastic glasses instead of her usual contacts. “Is it possible, medically, that I’m still hungover from Tuesday? That was two entire days ago!” She takes her big orange purse off the chair next to her so I can sit.

“Given everything, yeah, that seems likely,” I say. She grins as though I mean this as a compliment.

The only thing I did over break, other than drive, was go to a party at Krista’s boyfriend’s house, which is a little weird since we’re not close friends or anything. But we talk in homeroom sometimes, and neither of us has a lot of other options, is I guess the truth of it. When I got the text about her boyfriend’s party, I’d been alone for so many days that I just said yes.

Her boyfriend, Rader, lives thirty-five minutes away, right at the edge of Philly, in a run-down apartment that he shares with friends. He’s older, and his friends are too, some of them in their twenties. The party was mostly guys and the air was hazy with a few kinds of smoke. When I walked in, Krista was already trashed and going upstairs to Rader’s bedroom. And I felt all these guys turn and give me the up-down. And I suddenly understood why I’d been invited—not for her, but for them. I spent the whole night leaning against the wall, not really talking to anyone, watching the party like a movie.

“Rader asked me to get your number for Buzzy,” she says. She rubs her eyes.

I have no idea who Buzzy is. Maybe he’s the tall guy who kept coming out of the bathroom sniffling and wiping his nose, or the guy with A S S S tattooed on his knuckles, or the one in the velvet shirt who kept asking if I wanted to touch it (I didn’t) and who tried to put a shot of tequila in the fish tank (I stopped him).

I shrug. I’m not surprised that she’s surprised. We’ve been a couple for over a year, but mostly no one knows about us. I guess we don’t exactly seem like people who would be together.

“I wouldn’t have thought you’d be dating someone so . . . normal.” Krista means this as an insult, to him.

“Well, you don’t know him,” I say. But the truth is, he is normal. And it is comforting, somehow.

Ryan is one of those people who slides effortlessly into whatever social group he wants without even thinking about it. He is comfortable everywhere, and tall and handsome in the sort of way where even if he isn’t your type, you can probably appreciate the bones in his face and the fact that they’re all exactly where they’re supposed to be to make a face pleasing.

He’s a little bit of everything, I guess is what it is. And I’m not sure what I am. I don’t think most people give me much thought at all, which is fine by me.

“I hope he’s at least secretly into something freaky,” Krista says. And then she winks and lets out a pained little moan. “My eyes are not ready for winking yet.”

A second later the announcements begin. “Good morning, North Orchard students and faculty. Can I please have everyone’s attention?” Vice Principal Graham. There’s something strange in his tone. I sit up and listen. “It is with deep sorrow and a heavy heart that I must deliver some very sad news. A member of the North Orchard High community passed away over break.” He pauses to clear his throat. And in that moment, I stop breathing. I think everyone does. In that moment it could be any of us. “Junior Delia Cole passed away yesterday. Ms. Dearborn and Mr. Finley and the rest of the counseling staff will be available for anyone who needs to talk, and my door is always open as well. Our thoughts and prayers go out to Ms. Cole’s friends and family during this difficult time.”

The loudspeaker clicks off. And then there is silence, and the ding of the bell. The school day has officially begun.

My head detaches from my body. It rises right up into the air and floats toward the door, and so I follow it.

“He didn’t say how,” someone whispers. “What could have happened?” They sound confused, as though her death was so unlikely.

But I can so easily imagine a million ways Delia might have died. Maybe she climbed up onto the old closed-off bridge that stretches over the reservoir and went out onto the rotted part beyond the DO NOT PASS sign. Or she was up on someone’s roof looking up at a big bright moon and teetered onto the delicate edge, even as they begged her not to. Maybe she walked across the road with her eyes closed, playing a game of chicken like she used to, her final moment the howl of a horn, a rush of adrenaline, and sudden blinding light.

Ryan is waiting for me outside homeroom. We lock eyes and he stands there staring, frozen, like he isn’t really sure what to do with his face. And I’m not sure what to do with mine, either, because it doesn’t even feel like my face anymore. I start walking toward him and he pulls me against him into a hug. His arms are strong and warm like always, but right now I can barely feel them.

“. . . completely nuts,” he says. He is shaking his head. And it occurs to me that this is the first time either of us has mentioned Delia, referred to her at all even, in over a year. I thought we would at some point—that it would be so strange when we finally did.

We make our way across campus, and he drops me off at the door of the English building, where my next class is. He leans in and hugs me again. The nylon of his jacket is smooth and cold against my cheek.

When he lets go, he looks down at the ground. “I can’t believe this happened.”

But the thing is, now that it has, it seems like it was always going to. Like somehow all along, Delia was far ahead of us, dead, and we are only just now catching up.

And I know in a different version of the world than the one we are in, this would send a jolt of pleasure up my spine. So I say, “Me too,” but being apart from him and winter break and everything that happened before this moment seems very far away. I can’t really remember what missing feels like, or any other feelings either. 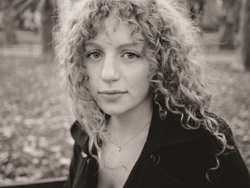 Lynn Weingarten is a writer and editor. She is the author of Wherever Nina Lies, The Secret Sisterhood of Heartbreakers, The Book of Love, Suicide Notes from Beautiful Girls, and Bad Girls with Perfect Faces. She lives in Brooklyn, New York.

"Weingarten keeps the tension taut; every time June resolves to answer a question, it raises two more. The novel is quietly suspenseful; readers will be draw to the well-written and well-rounded characters—even the supporting players. Thoughtful and provocative, this will be a hard book for teen readers to put down until the thrilling, twisted end."

“Simultaneously a pulse-pounding, breathtakingly twisty thriller and a complex, unflinching, heart-breaking examination of female friendship, Suicide Notes From Beautiful Girls is a story of love, damage, and an all-consuming relationship with the power to save or destroy--and it's unforgettable."

"Twisted and intense in all the right ways, Suicide Notes from Beautiful Girls will keep you guessing (and your pulse racing) until its stark, shocking conclusion."