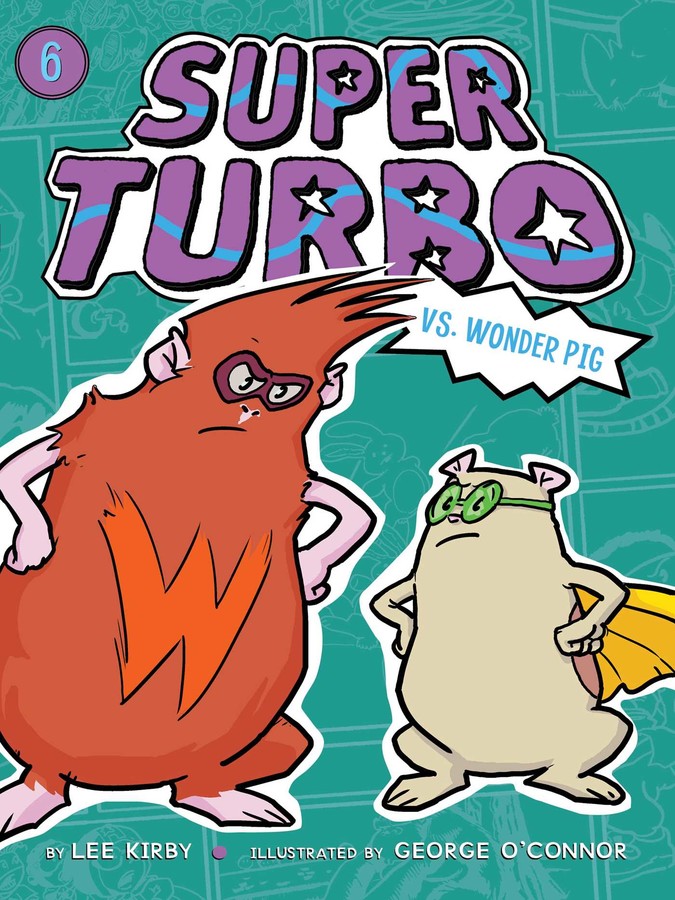 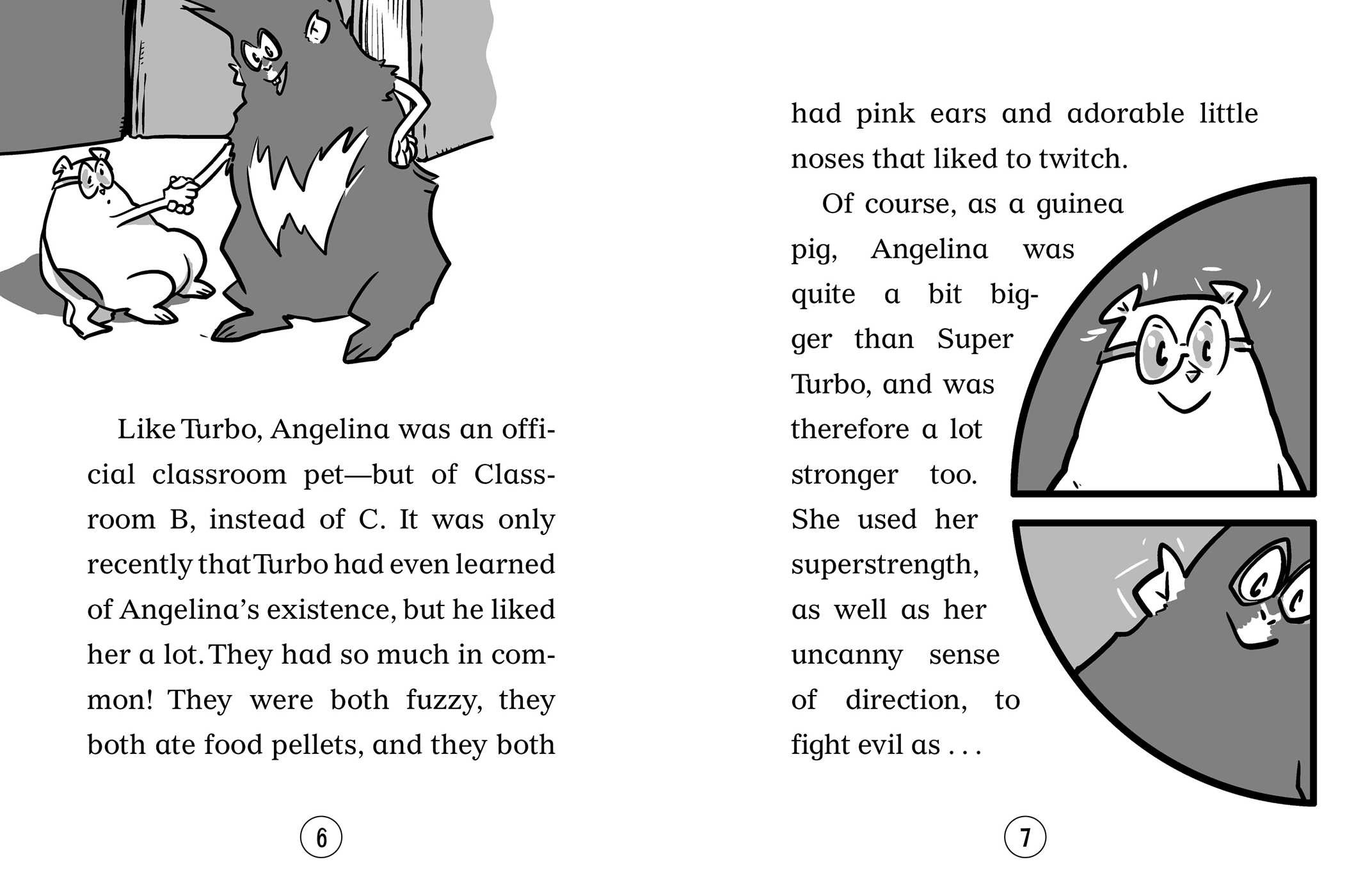 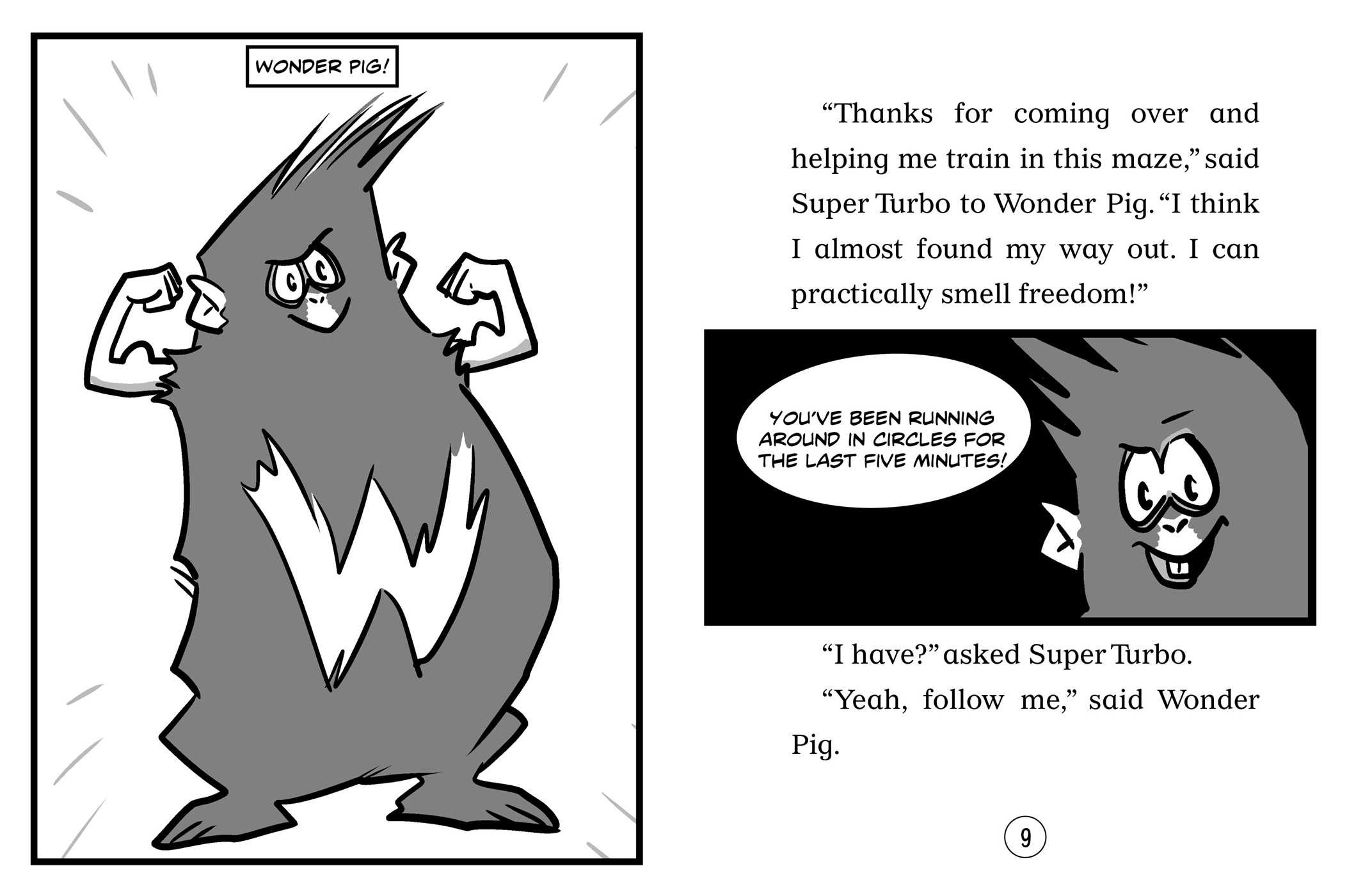 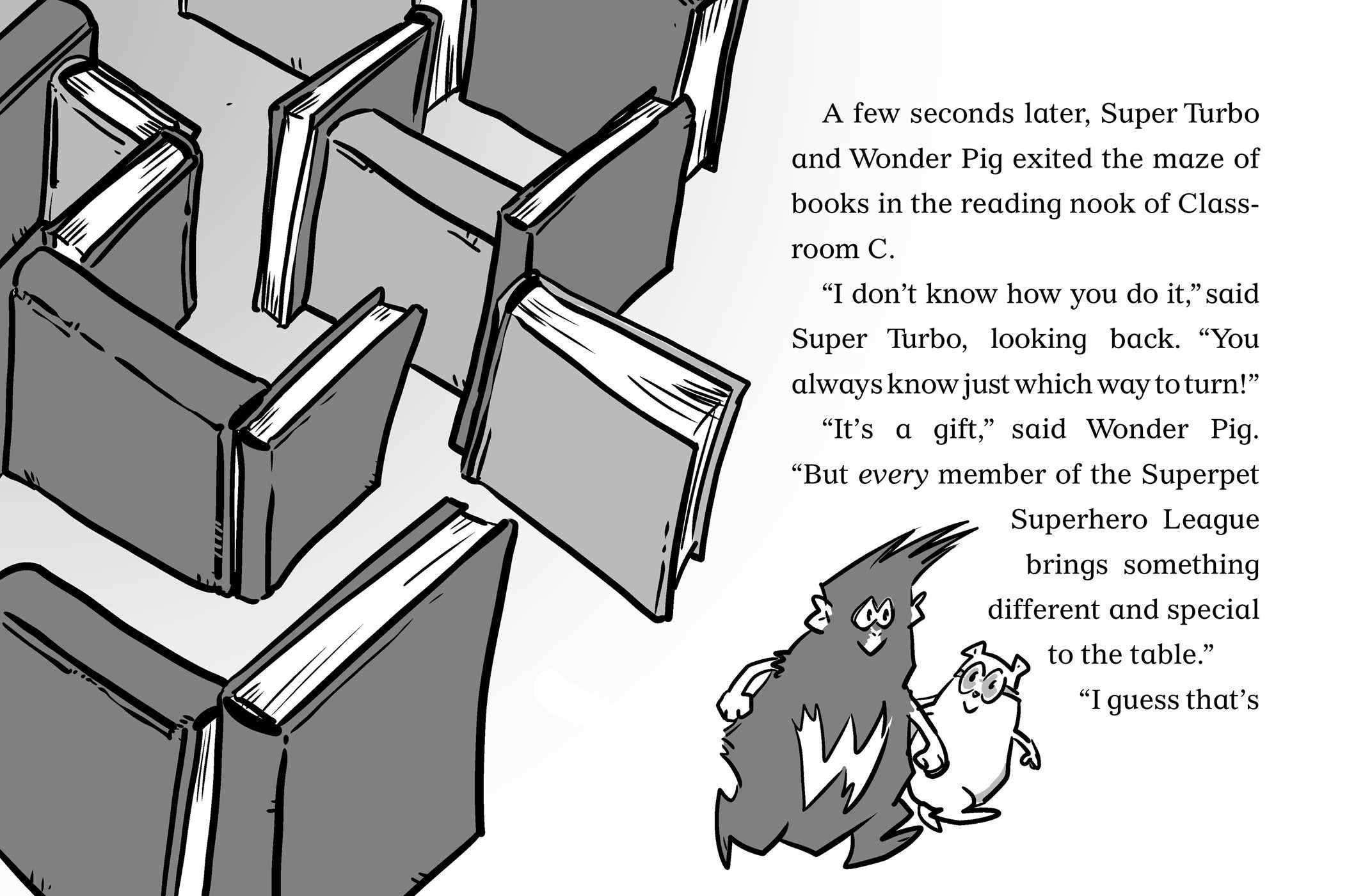 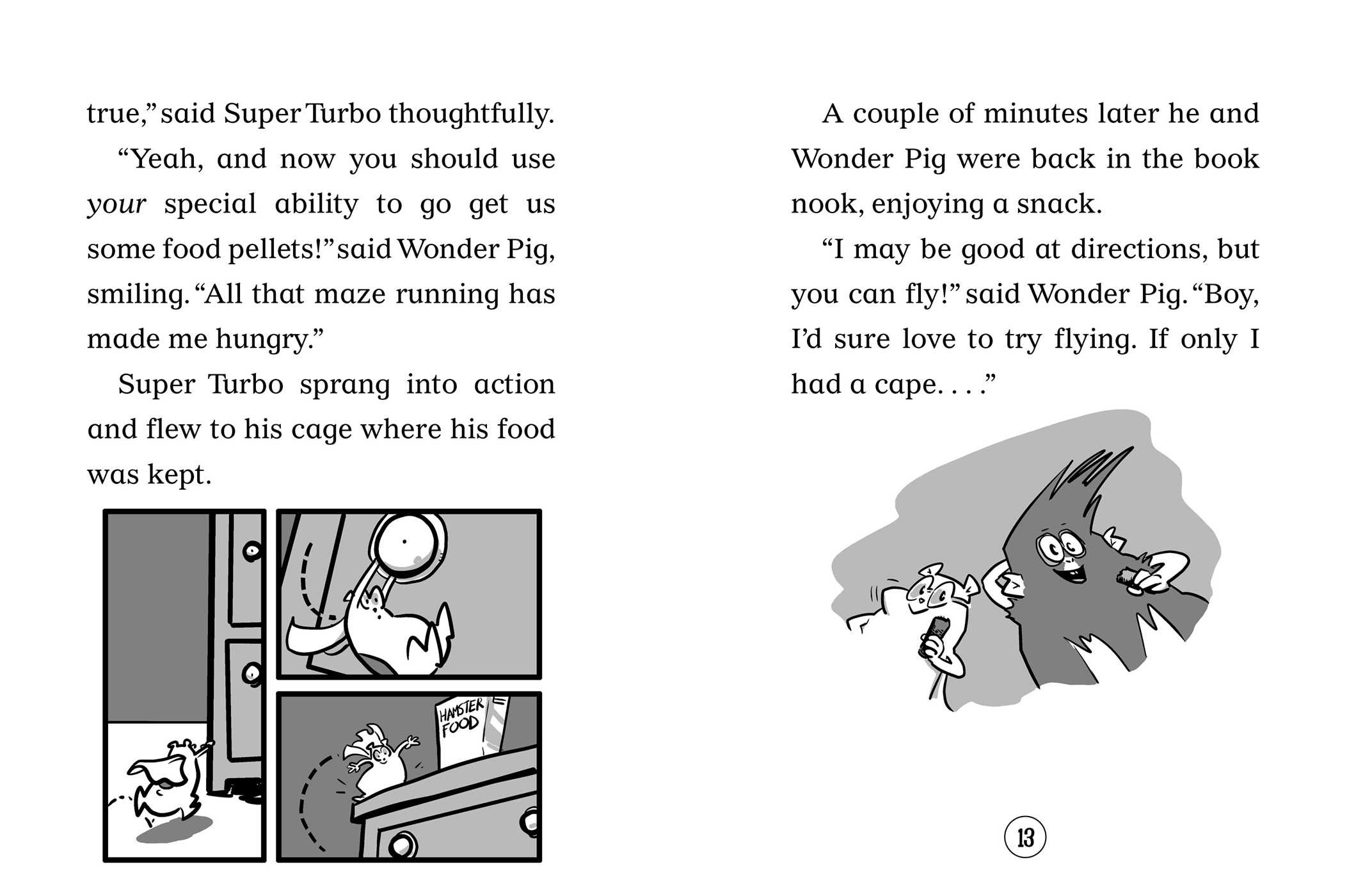 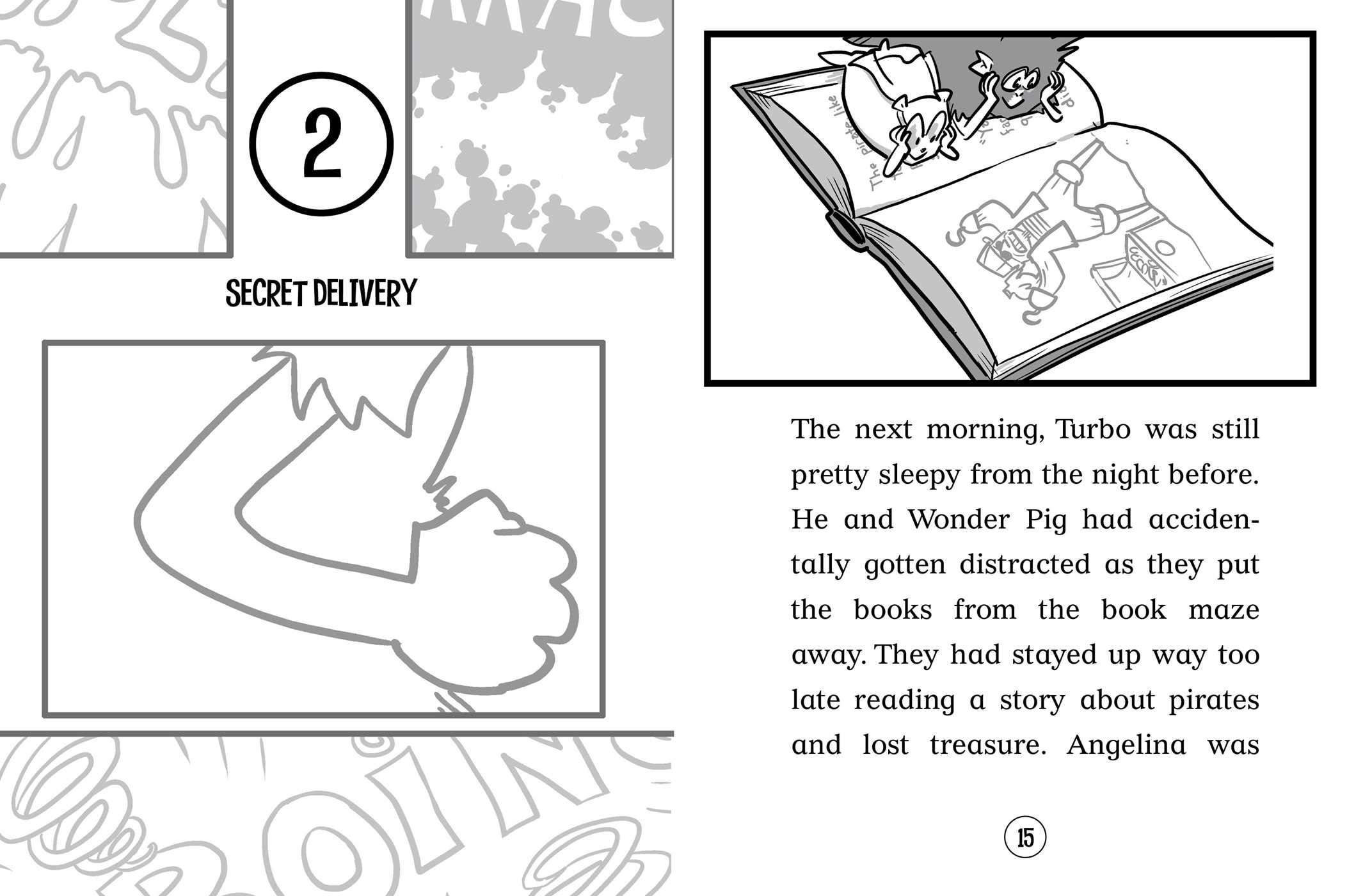 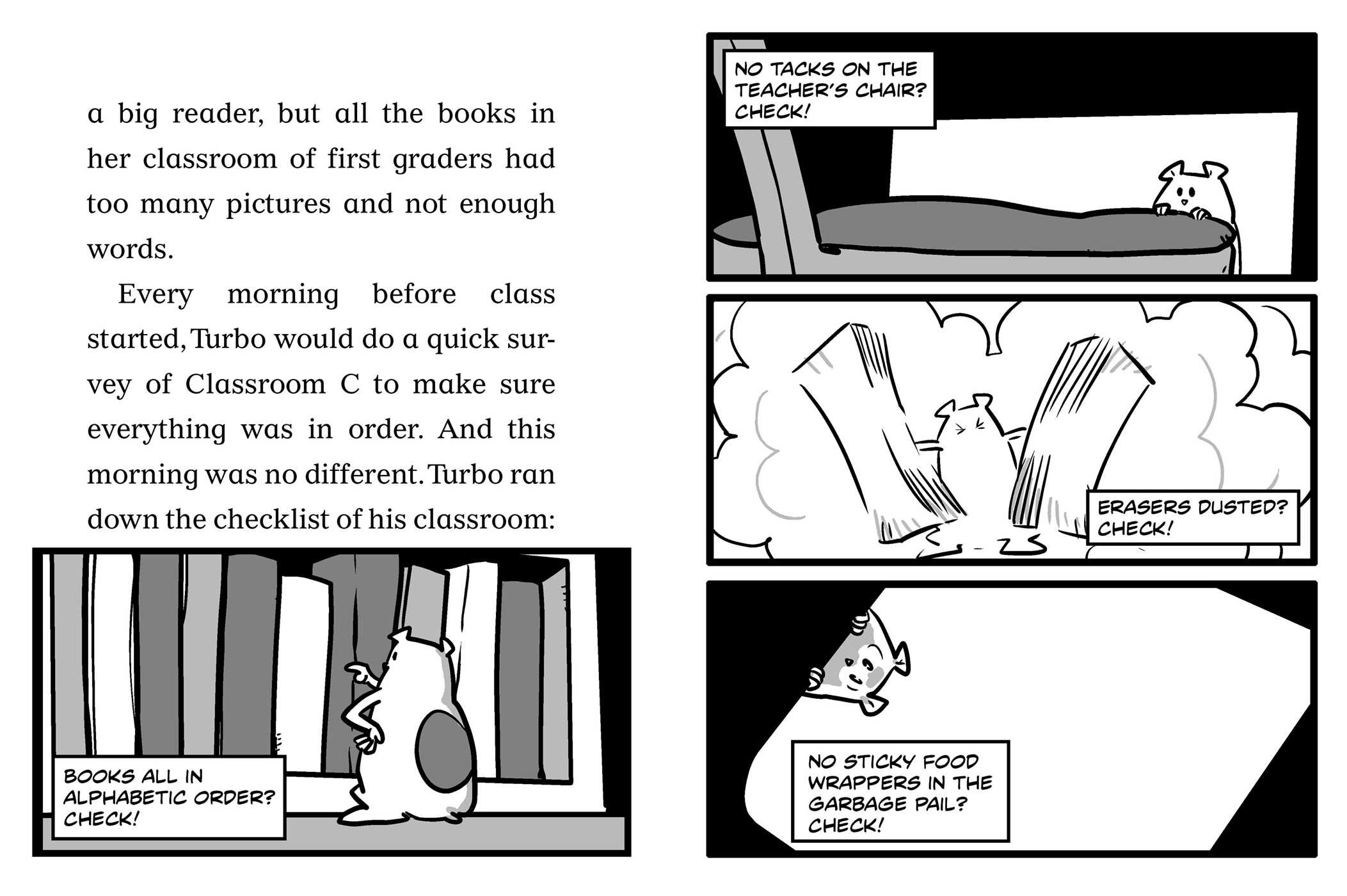 Super Turbo begins to suspect that Wonder Pig may not be so wonderful in the sixth Super Turbo book!

You know Turbo as the hamster sidekick from the Captain Awesome books. But ever wonder what actually goes on when the last school bell rings and Turbo is left to his own devices? He’s SUPER TURBO and he’s here to fight evil in and out of the classroom!

When Wonder Pig starts to act strange, Super Turbo gets suspicious. Is it possible that the superhero guniea pig is actually working undercover for the evil rat Whiskerface?

With easy-to-read language, illustrations, and comic panels on almost every page, the Super Turbo chapter books are perfect for emerging readers!


But right now, the big secret was . . . how Turbo, official pet of Classroom C, was going to get out of here.

“I feel like I’ve been this way already,” Turbo said, scratching his head. And he was right. He had been this way before—many times, in fact. For you see, Turbo was currently trapped in a maze!

Because Turbo was really . . . Super Turbo!

What’s that? You’ve never heard of Super Turbo, the world’s mightiest hamster? Then, have you never heard of the Superpet Superhero League, of which Super Turbo is a member in good standing? Are you sure? You must have heard about all the times he saved Sunnyview Elementary.

Well, those stories will have to wait. The only thing that matters now is: How will our tiny hero get out of this maze?

Lee Kirby has the proportionate strength and abilities of a man-sized hamster. He spends his days chewing up cardboard and running in giant plastic bubbles throughout his very own fortress of solitude in Brooklyn, New York. And, no, he is not related to world-famous Captain Awesome author, Stan Kirby. Or is he?

George O’Connor is the creator of the New York Times bestselling graphic novel series Olympians, in addition to serving as the illustrator of the Captain Awesome series. He is also the author and illustrator of the picture books Kapow!, Ker-splash, and If I Had a Triceratops. He resides in his secret Brooklyn, New York, hideout, where he uses his amazing artistic powers to strike fear in the hearts of bad guys everywhere!

A Guide to Using Graphic Novels in the Classroom (pdf)